If you're building your own house or building, you may be wondering what your options are when it comes to replacing traditional wood framing. You've come to the right place because we've done the research on alternative framing materials for you.

There are many options to replace wood when it comes to framing. Here is a list of the most common ones:

What does framing mean in construction? Which framing system is the most cost-effective to build? What advantages does steel framing have over wood? Keep reading to learn the answers to these questions and more. 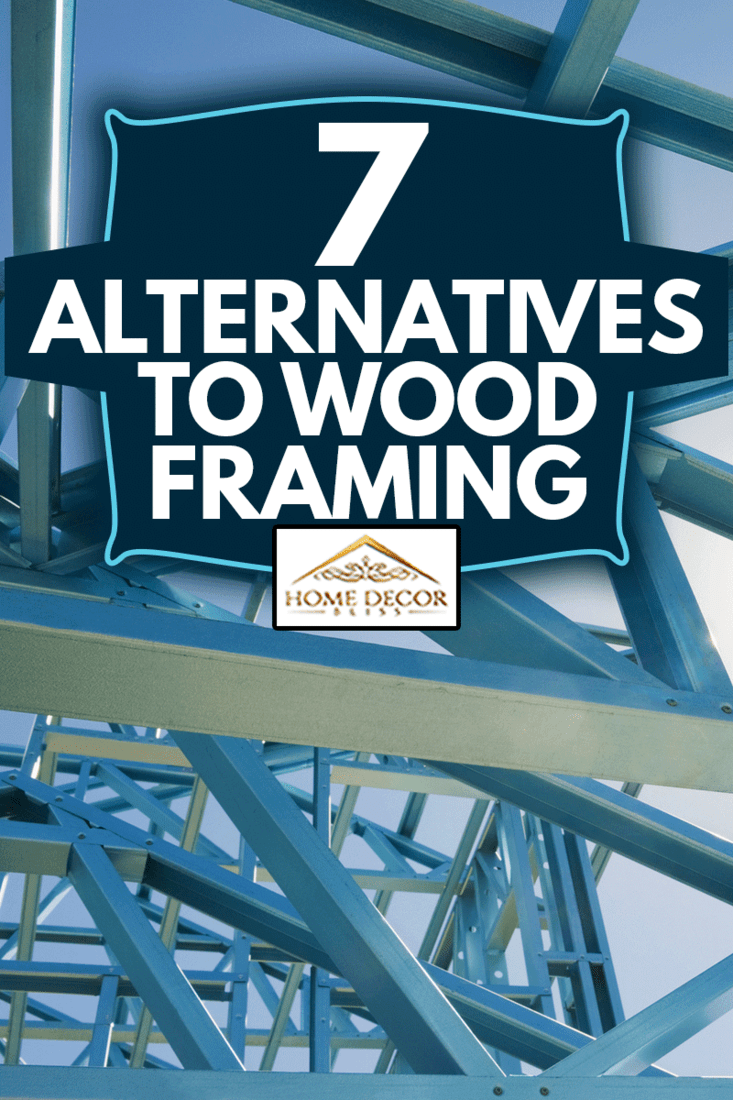 Builders might not use wood in framing because wood isn't the cheapest option, especially with rising lumber costs. Furthermore, wood can rot over time, whereas some alternative framing materials hold up much better over the years. Other framing options may also be more environmentally friendly than wood. Here are the most common options to replace wood in framing:

Lightweight steel framing is a stronger alternative to the more traditional wood framing. It is typically used in more industrial buildings, but it is being used more often in traditional houses as well. Steel is much more stable and won't warp or twist over time like wood framing can. It also is immune to rot and termites, which are common problems found with wood framing.

A majority of steel studs are made with recycled material, so it's environmentally friendly. Steel, however, is not a good insulator, so you'll want to be sure and add quality insulation in your walls to compensate for this if you decide to use steel framing. 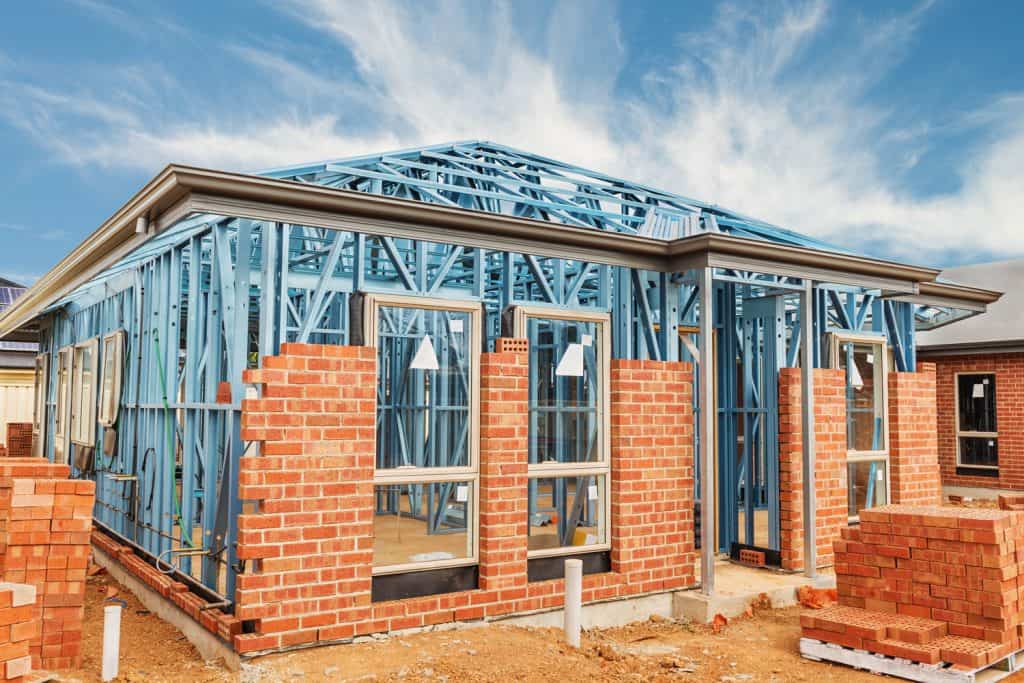 Becoming more and more common, concrete block framing is strong and durable. This type of framing is used mainly in industrial buildings to support the large structures, but it is also being used in suburban houses as well. Concrete is resistant to fires and floods as well as tolerant against earthquakes and strong winds. It is a good insulator and will keep your house warm. The concrete blocks also provide good acoustics and are sound absorbent.

Insulated concrete forms (ICFs) are similar to concrete framing, except they are formed by two hollow panels that contain the concrete poured between them. ICFs are strong and durable. They are able to withstand strong storms and harsh weather and last a long time. They are also fire-resistant.

Some of the many benefits of ICFs are their strong insulation properties and the great acoustics they provide to the home they form. Despite these benefits, they require skilled insulation and are susceptible to termite damage at the foundation. In addition, ICFs are one of the more expensive framing materials on the market.

Bamboo is much stronger than wood and as such makes a good framing material. Even though it is hollow, it is up to three times stronger than normal timber. This means it is great at supporting large structures and enduring harsh weather all the while being extremely lightweight. Bamboo also grows at incredible speeds, sometimes up to 100 feet in as little as five years. A single shoot of bamboo can provide for several beams of framing that can be replenished in a short span of time.

Furthermore, bamboo is resistant to water. Places where bamboo is native use it in their structures to withstand the monsoons. On the opposite end of the spectrum, bamboo is fire resistant and can withstand flames over 7,000 degrees Farenheight. Because of its strength and hardness, it is also resistant to rot and termite damage.

Structural insulated panels (SIPs) are formed with insulation between two frames, usually made of plywood. They're lightweight and fairly inexpensive, which makes them a good option if you're on a budget. The insulation provides extra warmth, and installation with SIPs is quick and efficient. SIPs aren't the most weather-proof, however, and they likely need additional water-proofing, especially if you live in a damp climate. They are also susceptible to rot and bug damage.

It may come as a surprise, but you can actually use straw bales in construction. These bales are a combination of straw, wheat, barley, oats, and other natural materials that are then rolled into a bale. These bales are covered with plaster and built over. This is a very low-cost option and can be replaced annually to keep the bales fresh. It's important to keep moisture levels low to avoid the growth of fungi or mold.

You can use natural materials such as earth and rock in place of traditional framing. Usually, this is formed by compacting earth and rock together and mixing it with cement to hold it in place. Each piece is specially formed for the house it's designed for. This is an inexpensive and environmentally friendly framing material. It is also visually stunning and unique.

Natural framing is best used in dry, mild environments. This material won't hold up well against heavy rains, and it's very susceptible to the elements. However, it is actually rather durable in other situations, including being fire resistant and sound absorbent.

What does framing mean in construction?

Framing in construction is the skeleton of a house. It blocks out the walls and forms the general layout of the house. The frame is what will support the walls and the roof later on. In some cases, such as concrete block and natural material framing, the framing can serve as the walls themself. 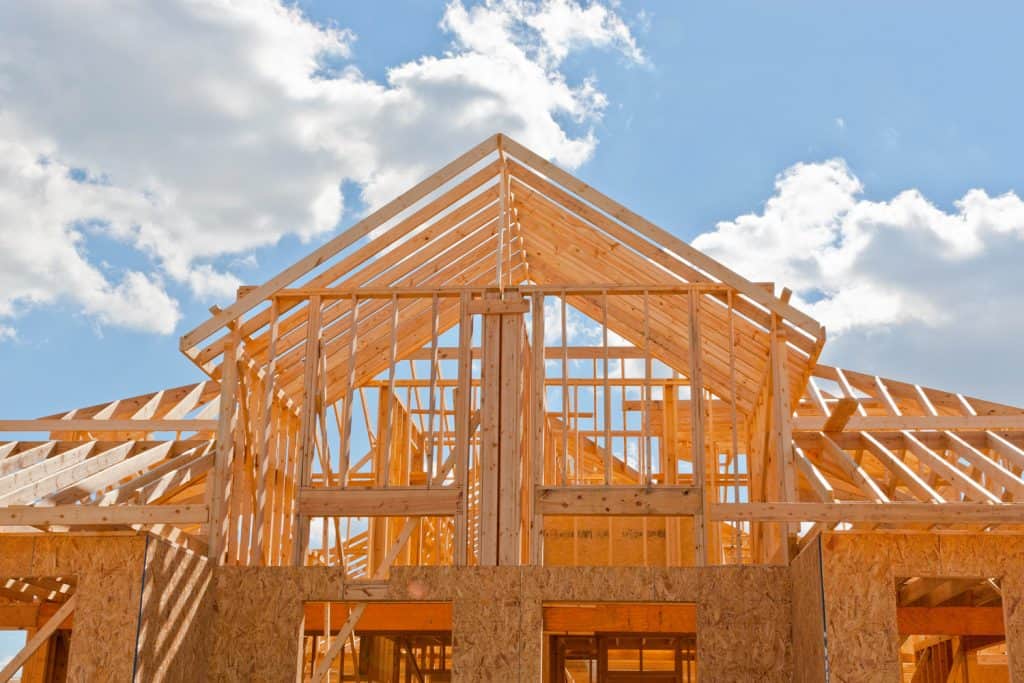 Which framing system is the most cost-effective to build?

Straw bales are the cheapest option when it comes to framing. However, you'll have to continue to replace the bales so they don't get moldy. If you spend a little more to get a sturdier material, it will last much longer and you won't have to do as many replacements and repairs. Lightweight steel framing is not as expensive as you might think. In fact, it's fairly cheap and it comes precut. With its long-lasting durability, steel framing will save you time and money overall. 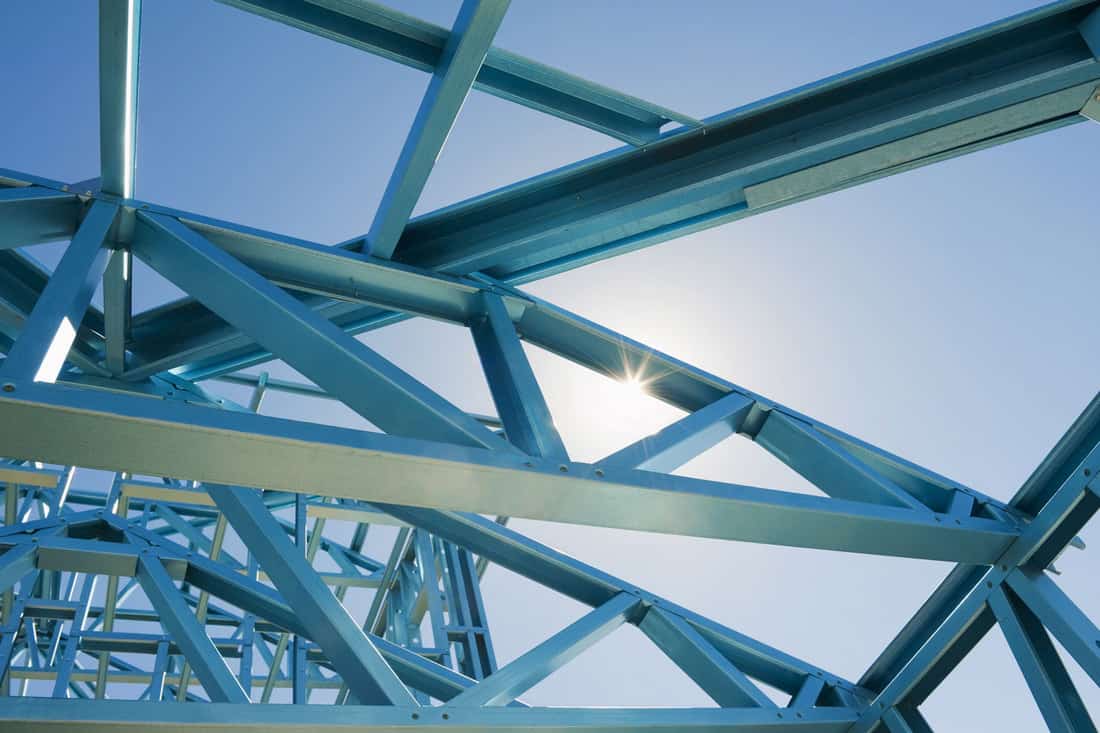 What advantages does steel framing have over wood?

First of all, steel framing is much stronger than wood. This is why it is most often seen in industrial buildings to support the large structures. It's also up to 50% lighter than traditional wood framing. Furthermore, wood is susceptible to change with time in the elements. It can swell and contract according to the temperature and cause structural damage. In addition, steel is immune to bugs like termites that are notorious for eating away wood framing and is resistant to fire and flooding.

Can you use metal studs with a wood frame?

You cannot use metal studs with a wood frame because each material is different and reacts differently. Mixing the two will likely cause problems. For example, the wood frame could swell with a change in temperature or moisture in the air while the metal studs would not and this could cause damage. It is best to keep your framing materials separate.

Is bamboo framing stronger than wood?

Bamboo framing is stronger than wood because the bamboo itself is up to three times stronger than the average wood. The fibers in bamboo make it extremely flexible, which means it can withstand strong winds and movement wood framing is not able to. While wood is notorious for swelling and contracting according to the temperature and moisture levels in the air, bamboo stays constant.

Concrete block is more durable than wood. It can survive fires, floods, and strong winds better than wood framing, but concrete also comes with its own challenges. For example, concrete block requires skilled professionals to pour it into its molds otherwise it won't set correctly. It also requires additional steps and has to have time to dry properly before moving on to each layer. Because of all this, it's more expensive than traditional wood framing.

However, in the long run, concrete lasts longer and usually requires fewer repairs than wood framing. Wood is susceptible to rot and bug damage. So the answer to this question depends on whether you think the time and money required for concrete block framing is worth it.

There are many different options to choose from when it comes to framing. You don't have to stick with the traditional wood beams. We hope we've learned something about house framing and can now choose which material is right for you!

How Long Does Wood Framing Last?

Can You Put An Addition On A Split Level Home? [Including Adding A Master Suite]