In construction, bricks are known as a structural material that is used in building walls, arches, and even as a paving material. We've researched the use of bricks in construction, and you might have wondered how big and heavy they are, so we will be discussing that in this post.

Bricks have multiple sizes; depending on how big and thick they are, their weights also vary. In the U.S., bricks have a standard size of 3 5/8 inches by 2 1/4 inches by 8 inches, and weigh about 4.5 pounds. For other construction purposes, there are available sizes and average weights. 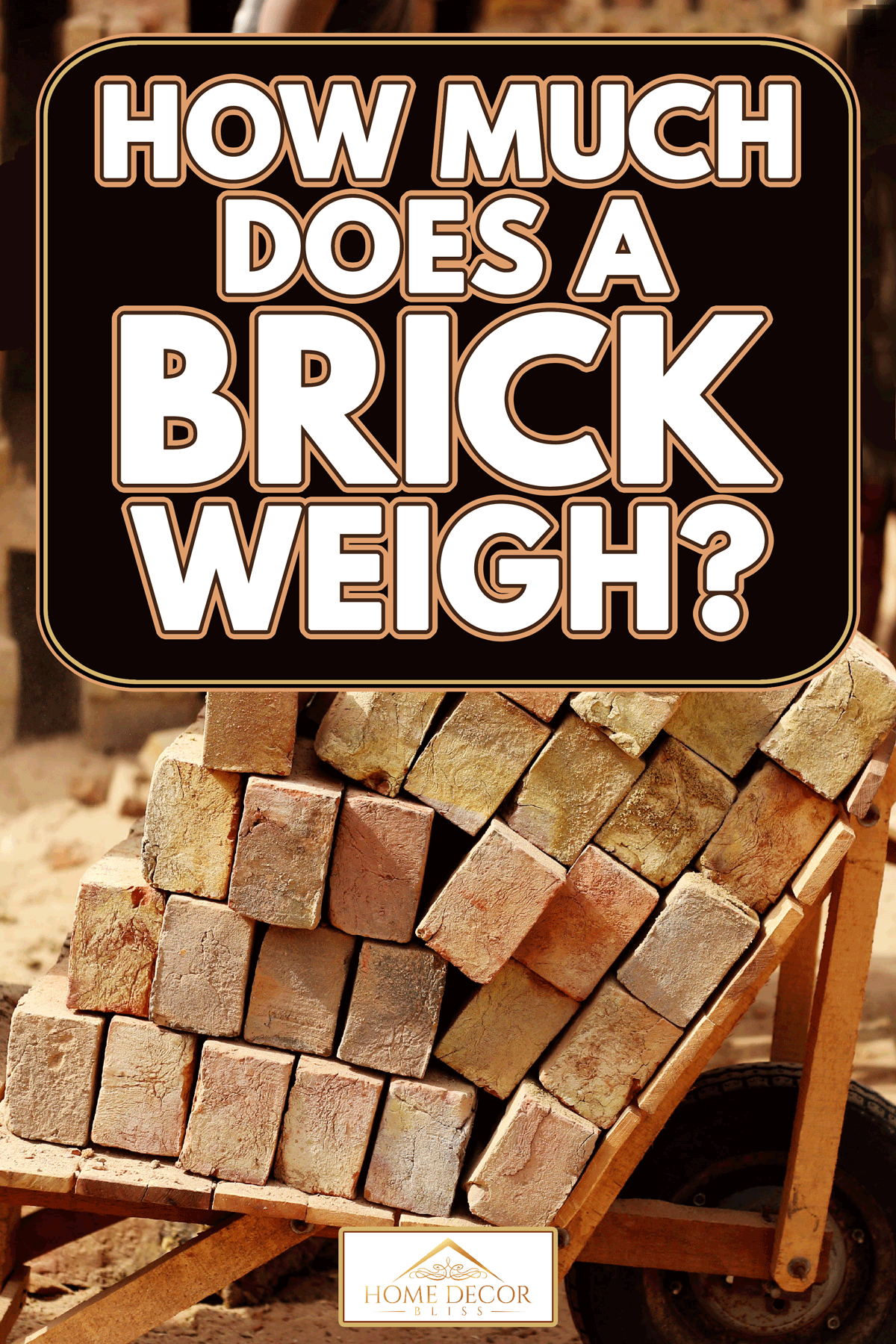 How much does a brick weigh?

Bricks are popular in construction, both as a structural material and for aesthetic purposes. They are used in different applications—walls, arches, cladding, or even as paving. Known as the literal foundation of building materials, bricks have been used even as early as 4,000 B.C. 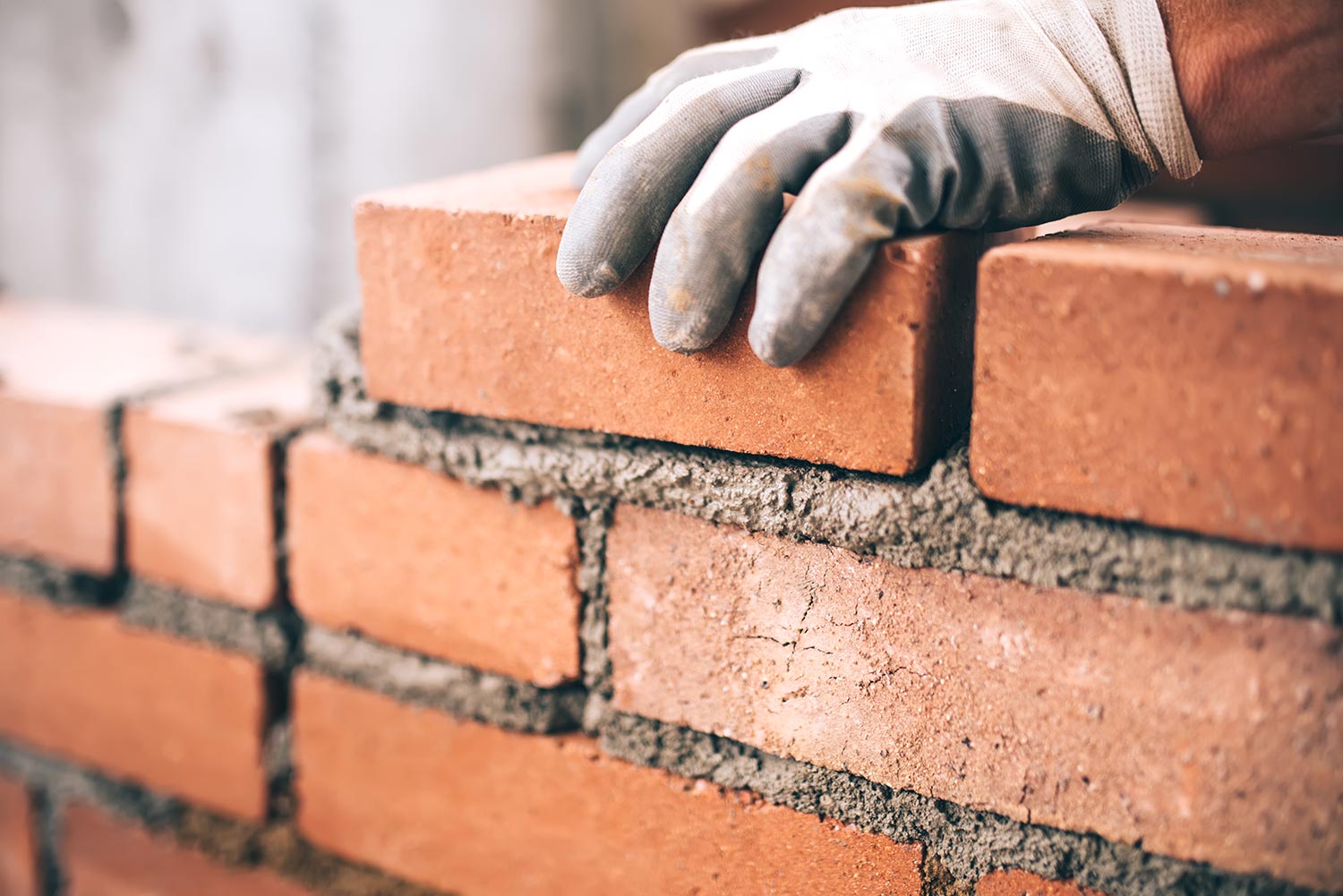 Over the years, bricks have evolved into different forms, made for different uses. Bricks also have different industry standards in different countries, which is why you'll probably see bricks look a little smaller or bigger during your travels. For this article, we will be focusing on the U.S. standards for bricks.

A standard-sized brick in the U.S. measures about 3-5/8″ x 2-1/4″ x 8″, and it weighs around 4.5 lbs. A standard brick actually refers to the standard brick unit size, instead of talking about the specific kind of brick that it illustrates. If you're ever looking for a standard brick, you will find that it does look like what you envision bricks to look like.

For reference, nominal dimensions are the size of the brick, including the mortar. The weight, however, only counts for the brick itself.

For the purpose of this post, we listed the most commonly used U.S. bricks and their sizes, regardless of whether they are modular or non-modular bricks.

Most bricks are about 4 lbs in weight, but depending on what it is going to be used for, it can go up to about 25 lbs. For large or oversized projects, there are other bricks that are used to build these long, high walls, without compromising their stability.

What are the sizes of bricks? 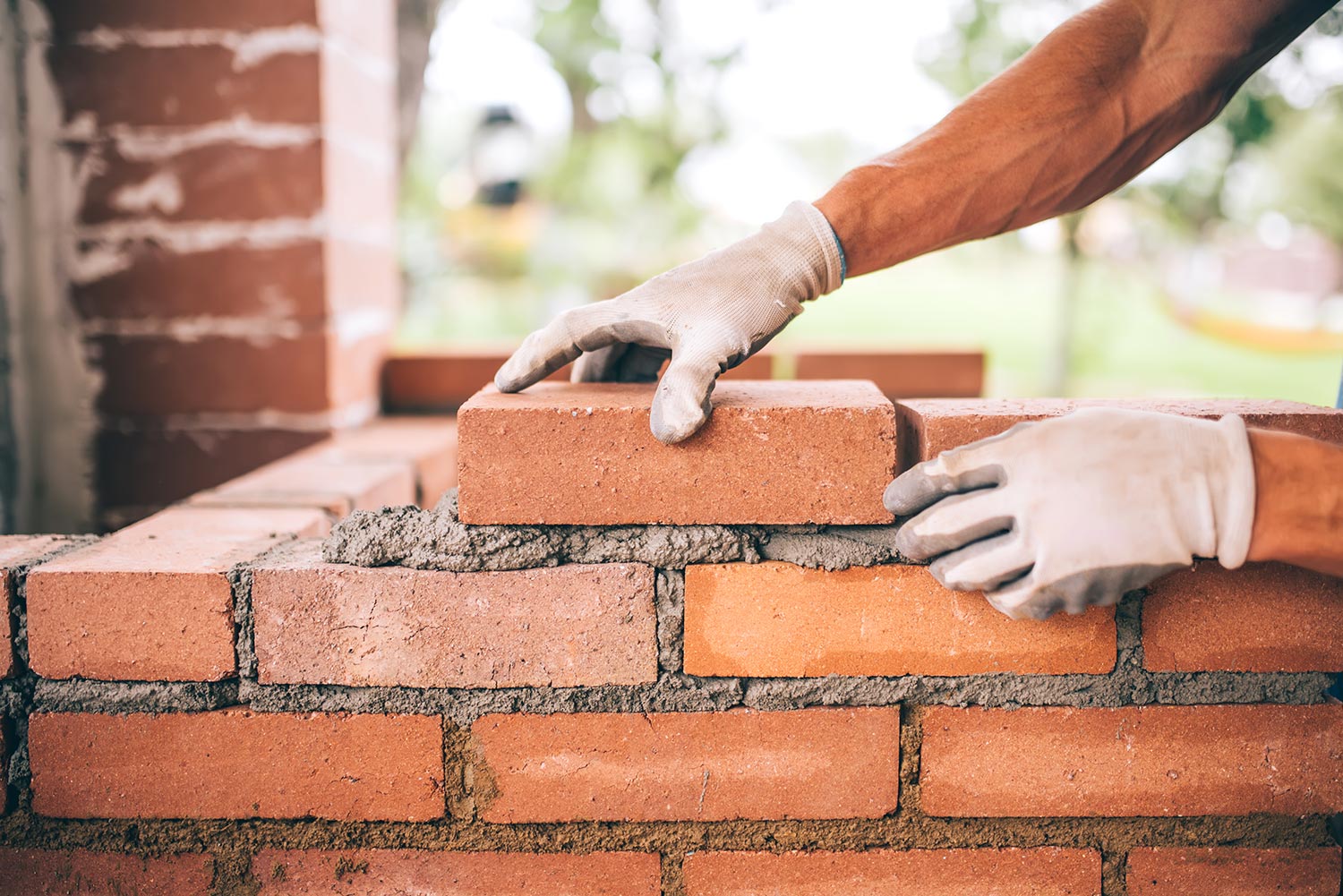 In the U.S. alone, bricks come in different kinds, and they are used on the project that needs to be done. These bricks are named for the holes and spaces needed for the mortar, as well as their edges (or lack thereof) for other kinds of bricks. There are literally hundreds of kinds, but we'll focus on those bricks commonly used in the U.S. Here are some of them.

Modular bricks are just a little shorter than standard bricks. They measure 3-5/8" x 2-1/4" x 7-5/8", but their nominal size goes to about 4" x 2-2/3" x 8" with the mortar. These bricks are mainly used for the structure of the project and they usually have two or three holes pierced through the middle with no raised edges.

Standard bricks are non-modular bricks that include a design element called a frog—a shallow tub-like appearance made from a center divot in the brick. This frog gives the mortar more space to hold on to when it dries. Standard bricks are also the base standard for the measurements of most bricks in the U.S.

These large, non-modular bricks are a little shorter than standard bricks, but they are wider and thinner. Queen bricks have square holes in the middle to allow better mortar flow and control, helping them become sturdy as it dries. Some masons prefer using queen bricks because of their similarity to modular bricks, but with substantial savings because of its cost.

Roman bricks are named from their origins and these bricks are flat and slender, with nominal dimensions of about 2" x 12" x 4". Despite this small size, Roman bricks can be pretty heavy, weighing a good 4.7 lbs. These bricks are traditionally used for their aesthetic value because of their smooth and unmarked appearance.

Just like the Roman bricks, Norman bricks are named from the people where they originated, and their size is quite similar to their predecessors. The difference between this brick though lies in the rectangular piercings that go through the middle to allow mortar flow when the bricks are laid out.

What are the types of bricks? 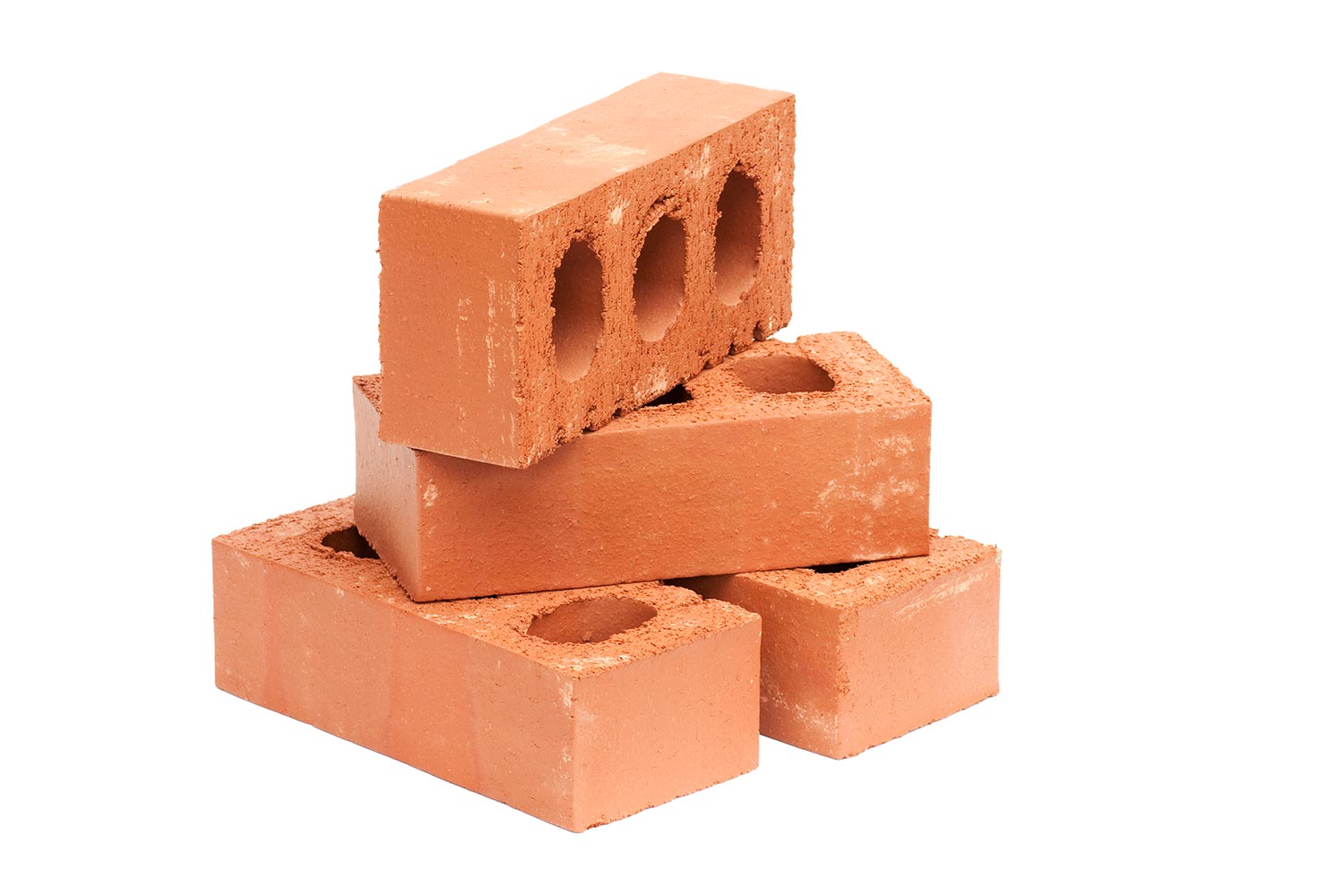 Bricks that are commonly used in the U.S. are usually made of different kinds of materials, depending on the project and the components they have to adhere to. Here are some of the most used types of bricks that you will typically find.

These are bricks most people are accustomed to. Burnt clay bricks are used in foundations, columns, walls, and a variety of other purposes. They are very versatile, and they require rendering with mortar for the bricks to retain stability, water resistance, and insulating capabilities. 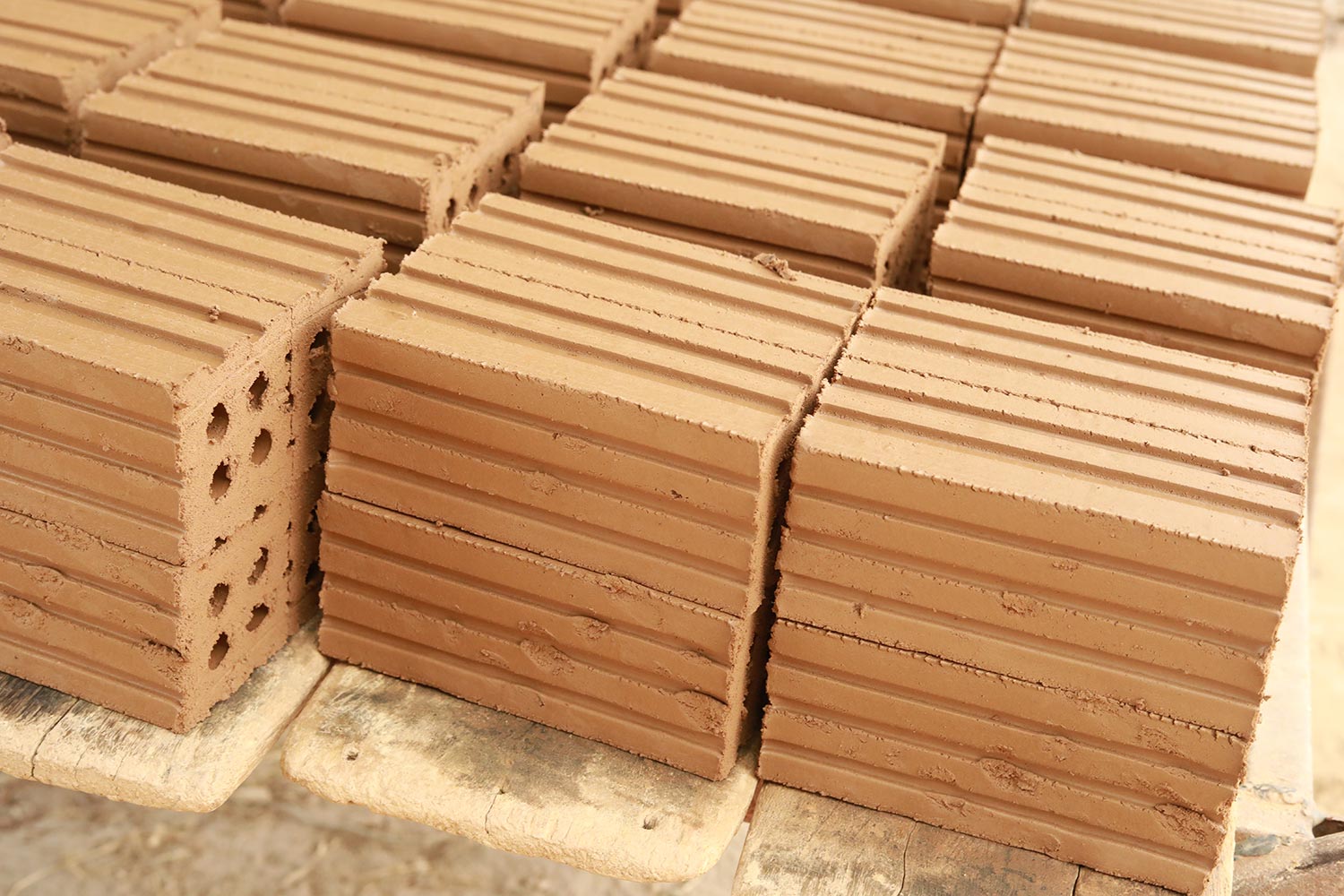 Typically a lot softer than burnt clay bricks, sun-dried clay bricks are usually used for temporary structures because of their weaker durability and their affordability. These bricks cannot be used for foundations and other structurally sound projects because they are not load-bearing and will most likely crumble with the weight. 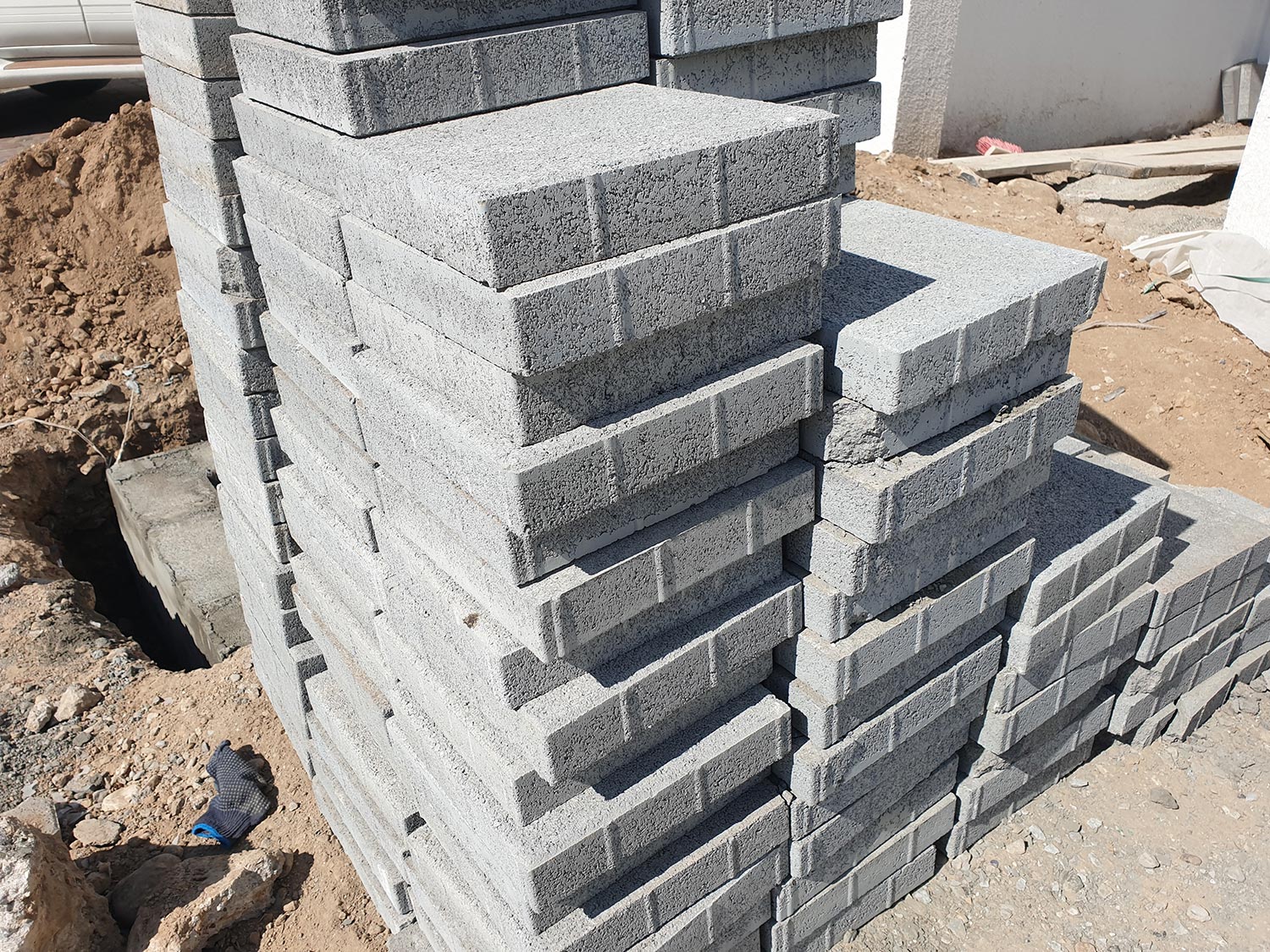 Concrete bricks are used mainly for internal brickwork or to create fences and facades. Entirely made with solid concrete, these bricks can be made on-site by professional masons, which saves time and transportation costs for the project.

Structural engineers prefer these bricks because of their high compressive strength and density, perfect to use in places that are load-bearing. Engineering bricks are also low-absorbing, which means they don't crack, break, or leak easily. You'll generally find engineering bricks used in areas like basements and retaining walls. 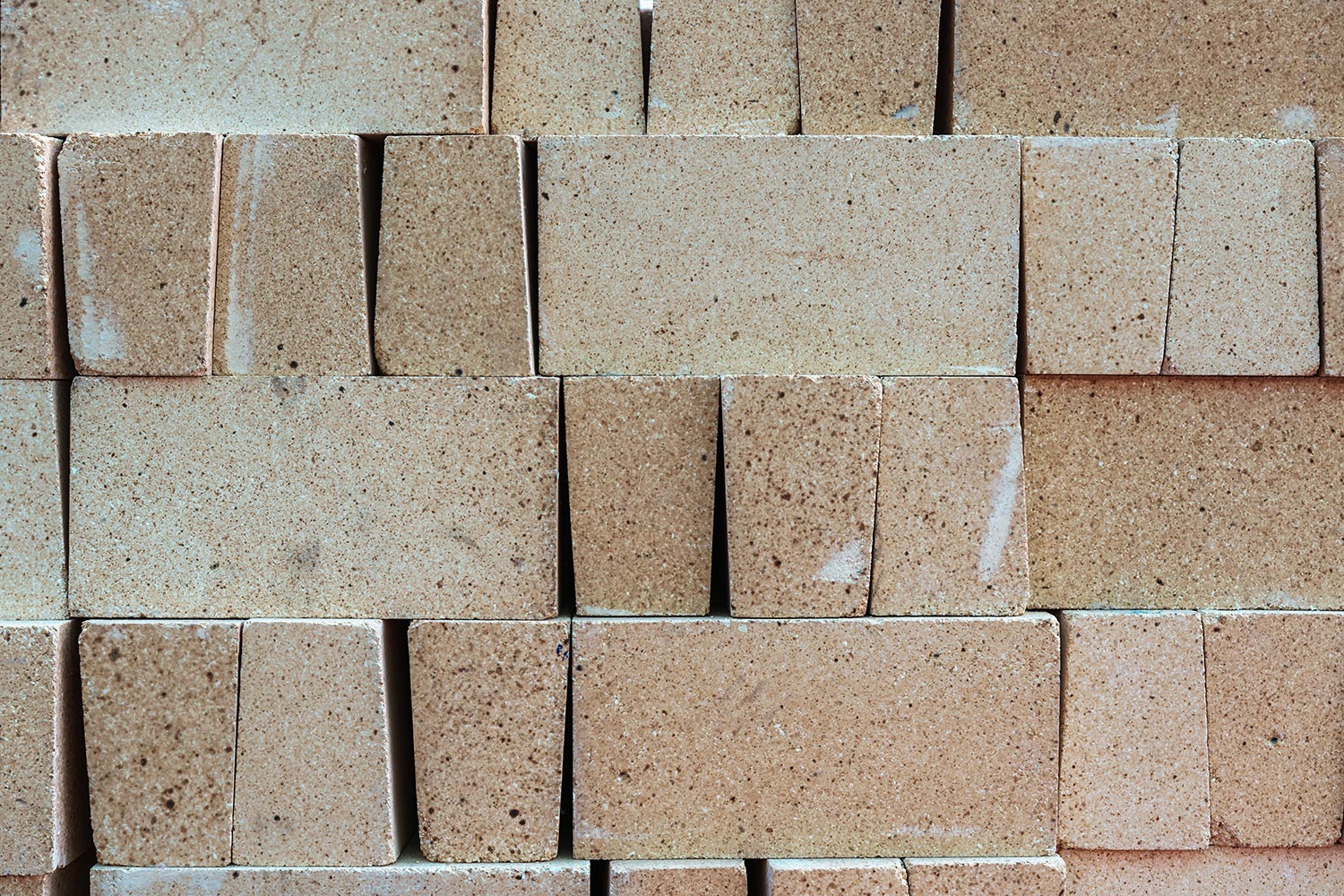 These bricks are mainly used for projects that require a certain resistance to fire and heat. Also known as refractory bricks, they include silica and alumina in their materials, which gives the bricks the ability to withstand temperatures of up to 3,000°F. These bricks are used in fireplaces, fire pits, chimneys, and other similar masonry projects.

Bricks are very useful construction materials that are both structurally sound and aesthetically pleasing. Depending on what you will be using it for, some of them are quite light, but you will also find a good number of heavy bricks. Consider using bricks in your next construction project for their durability and stability, and you won't ever worry about them lasting.

Would you like to know more about bricks? We have a few articles that might interest you:

Can You Stucco Over Brick?