Whether you are buying a new home, designing a custom home from scratch, or planning a remodel of your current home, you should not take the layout of the bedrooms lightly. One thing to consider is whether a bedroom can open into a garage. We've done the research and we have the answer for you.

A bedroom should not have a door that opens directly into a garage. One reason for this is that any fumes from running vehicles may seep around the door and into the room. If the bedroom opens into the garage, it would open into one of the main locations where a fire may occur. This could make that exit unsafe in an emergency. Typically, codes do not allow an entryway between the garage and any room where people may be sleeping.

There are ways to work around this requirement. We discuss that and some of the details of what the requirements between an interior space and a garage are below, so be sure to keep reading. 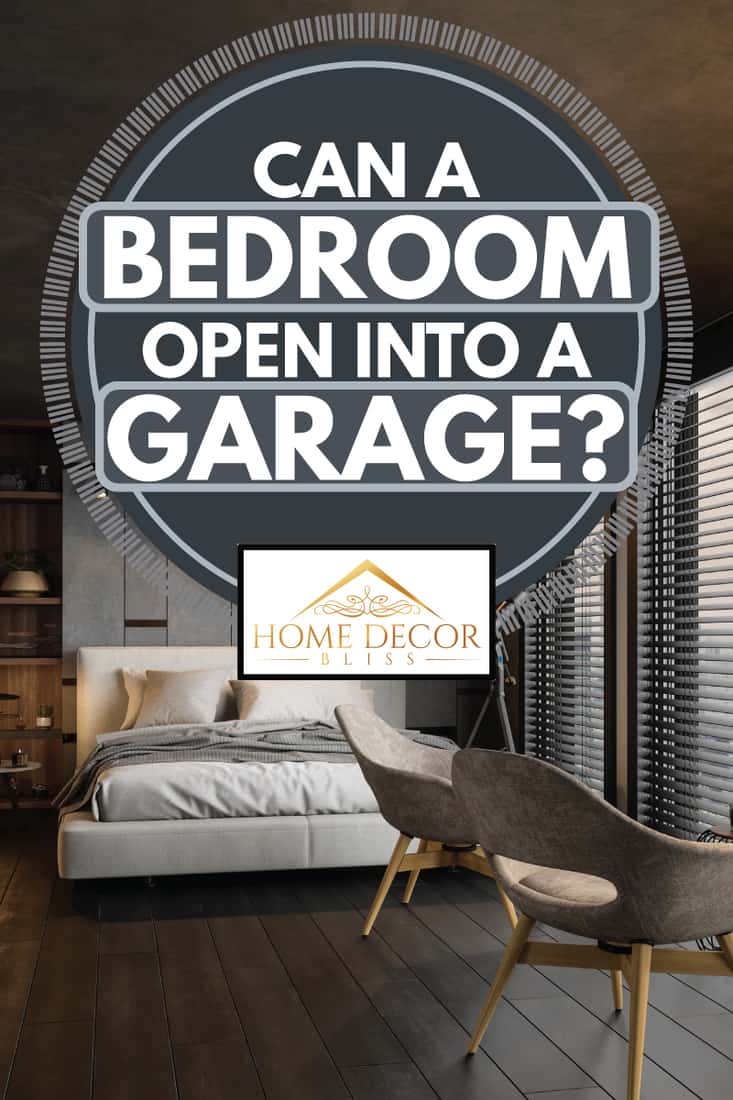 A Door From A Bedroom To The Garage? 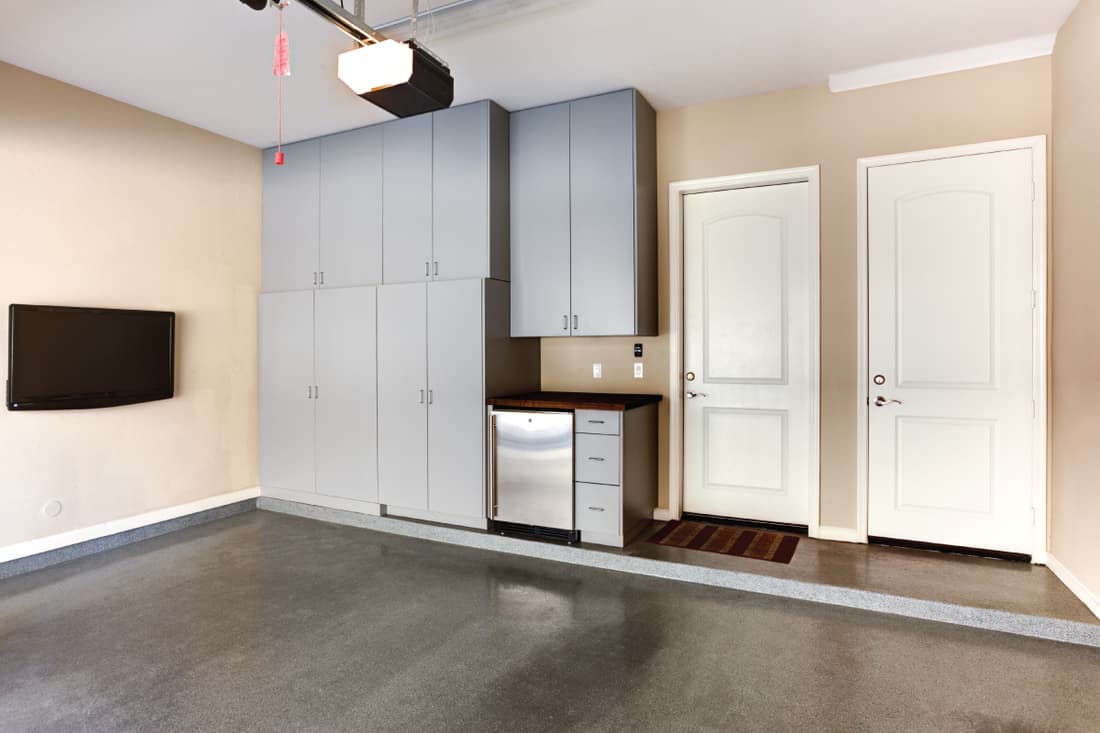 According to building codes in most locations, a bedroom cannot open directly into a garage. The International Residential Codes (IRC), addresses this directly. Every state, except Wisconsin, the District of Columbia, Guam, the US Virgin Islands, and Puerto Rico, follows the IRC. There is a good chance your home needs to meet the IRC standards or an even tougher local standard.

While the IRC specifically talks about fire, another reason you don't want a door directly from the garage is that exhaust fumes could seep around the door edges. This could be deadly to a person who sleeps in the room. The code requires at least 1/2 gypsum or the equivalent on any wall shared with the garage. That isn't going to completely stop any exhaust fumes that could seep through. You must seal the wall very well to prevent that occurrence.

If you have a door that opens into a carport, it could also be a violation of the code, in some cases. A carport counts as a garage if it isn't completely open on at least two sides. This means some houses that have enclosed storage space around the perimeter of a covered carport risk violating the building codes unless there are at least two sides open.

Do not worry if you already have a door that opens into a garage off the bedroom, or off a room that you are converting into a bedroom. There are ways to make this work.

The most frequently mentioned way that we've found to work with this situation is to build a small mudroom on one side of the connecting doorway. This most often will be done on the garage side. It allows there to be a room between the garage and the bedroom, which satisfies the code.

If you do this, keep in mind that you will still need another exit from the bedroom. Usually, a window will fulfill this requirement, provided that it is at least 5.7 sq. ft. and no more than 44 inches from the floor to the window sill. Since bedrooms usually have windows, as long as it is large enough, it will fulfill this requirement for a secondary means of escape.

Sometimes there is not enough room or you do not wish to add a mudroom in the garage. In that case, an option is to just remove the door that opens into the bedroom. This works best if there is a kitchen or hallway adjacent to the garage, so you can add a doorway into that space. Otherwise, you'll be walking from the garage to the exterior entryway of the house each time, which would defeat much of the advantage of having an attached garage.

What Classifies A Room As A Bedroom? 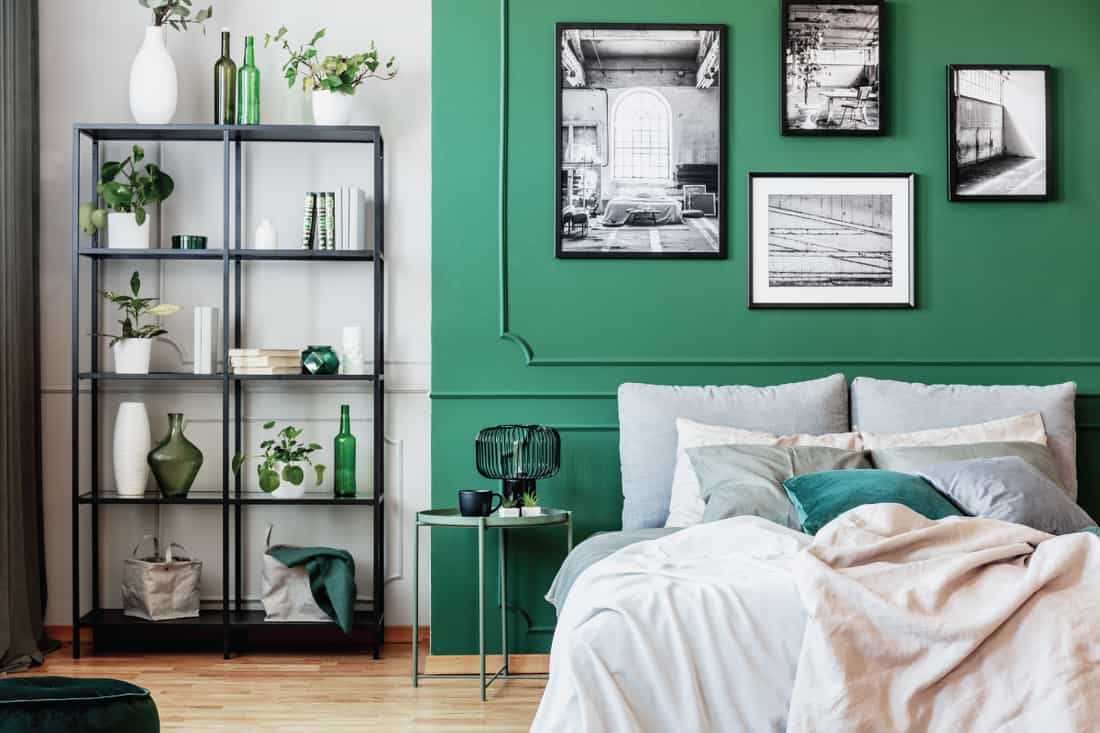 In most locations, a room qualifies as a bedroom if it meets all of these general requirements:

Is It OK To Have A Bedroom Without Windows?

Whether a bedroom has to have a window by law or code depends on your location. In New York City, for example, a window is a requirement, while Wichita, Kansas does not require one.

It is not a requirement in the IRC that a bedroom have a window. Often, a window is the means to satisfy the requirement for a secondary means of exit, but not always. Most locations base their building codes off the IRC, so you may live in an area that does not require a window. Research your local code to be certain.

Even if the code doesn't require a window, it's still a good idea to have one in a bedroom. Not only does it provide an additional means of exit in an emergency, but it also allows you to let in a lot of fresh air quickly. If there is ever smoke or fumes in your living space, a window would give you easy access to safer air.

A window also allows a lot of natural light in, which is handy at times. Imagine living through a long power outage if you have no access to natural light. It's going to get very dark in that room at times. If the electricity goes down for an extended period, a window allows outside air to cool a room. Overall, required or not, a window in a bedroom can be an important safety feature, not just a cosmetic one.

For a deeper discussion, check out this post: Do Bedrooms Need Windows? (And 10 Solutions For When They Don't).

Can A Bedroom Be Next To A Garage?

The IRC requires that any ducts that penetrate the walls or ceilings of a garage be at least 26 gauge steel or other approved material and not have an opening into the garage. This would apply to ductwork that passes through both the bedroom and garage. Some heating or air ducts pass through the garage on the way to the bedroom. If that is the case, you need to be careful to make sure they meet that requirement.

There is also a requirement that you have at least 1/2-inch gypsum or equivalent on the wall between the garage and any interior space. If you have an attached garage or a garage within three feet of the exterior of your home, you must meet that requirement.

Another consideration is exhaust fumes that may seep through the walls or ceiling that is next to the garage. If you have a bedroom above or next to a garage, you're going to want to seal that wall very well to protect from those fumes. They would be deadly if allowed to build up. You should also install a carbon monoxide detector to be certain you don't ever reach dangerous levels.

It is against code to have a door between a bedroom and a garage in most cities and states. You can add a small mudroom between the bedroom and garage if you have one of these. This not only helps your home meet building codes but adds an important level of safety.