If you're like most people, you want to stay cool indoors on hot summer days. Many houses feature ceiling fans in the main rooms for just this reason. However, some homeowners consider their ceiling fans outdated, noisy, hazardous, or inadequate to keep them cool on the hottest days. So, what are some alternatives to ceiling fans? We've done the research, and we have the answers for you!

If you're looking for an alternative to ceiling fans, here are five great options:

In the remainder of this article, we'll describe each ceiling fan alternative and discuss its advantages and disadvantages. We'll also discuss whether you can remove and replace a ceiling fan on your own. And we'll tell you which rooms are best for ceiling fans and whether bladeless fans are better than ceiling fans. Keep reading to learn more!

Ceiling fans are popular for their cooling effect and their relatively low cost to purchase, install, and operate. However, they can also be noisy, unattractive, and difficult to clean. If you're looking for alternatives to ceiling fans, here are five great options! 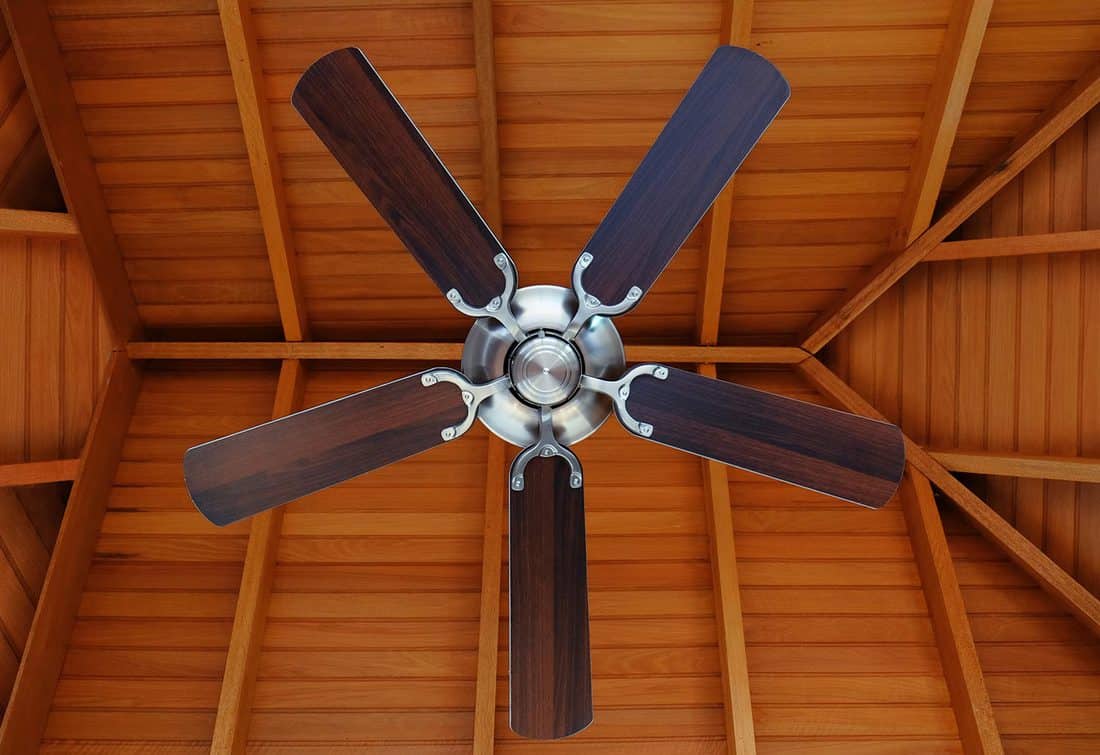 Unlike the fans and evaporative coolers we'll describe later, air conditioning actually lowers the temperature of the air in the home. It works by passing room-temperature air through a compressor, which extracts and expels heat; then a fan blows the cooled air out into the home.

Central air conditioning provides quiet cooling, air filtration, and dehumidifying. The compressor sits outside your house and cool air blows in through hidden ductwork, so there is no unattractive equipment visible inside your home. 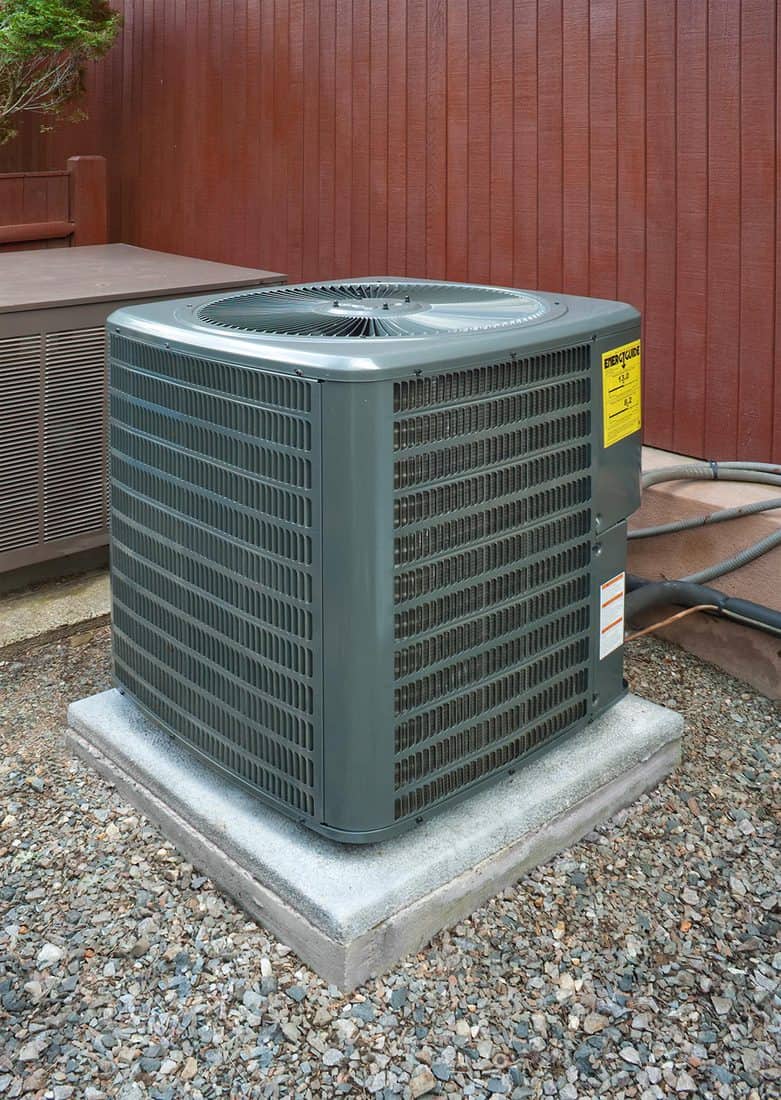 Window air conditioners, whose cost ranges from $125 to $500, offer a less expensive alternative. They do not require ductwork, and most people can install the units themselves. You can save on utilities by cooling only one room at a time.

There are downsides to window air conditioners, though: they are ugly, bulky, and noisy, and you cannot easily move them from room to room.

Portable a/c units work like window units, except that they sit on the floor. They expel heat and wastewater through vent hoses that extend out the window. They are quieter than window units, more flexible in their placement within a room, and don't block the view out your window.

Portable air conditioners range in price from $250 to $800. Despite their name, it's not a simple matter to move them, because you must also move the vent apparatus.

Evaporative coolers work best in desertlike areas. They pull in dry, hot air, add moisture to it, and blow the cooled, moistened air out into the room. They also filter the air in the room, keeping it free of allergens. Evaporative air coolers are quiet, portable, and unobtrusive.

Evaporative coolers range in price from $30 to $125 or more. Their main drawback is that they don't work well in humid regions.

Unlike air conditioners and evaporative coolers, fans do not actually cool the air. Rather, they create a "wind chill" effect by moving air around the room.

On the other hand, tower fans are noisy and difficult to clean. They cost from $30 to $150, and their utility costs are relatively high.

Pedestal fans are quieter and more powerful than most other fans. They offer multiple speeds, oscillation, and adjustable height. On the downside, they are bulky and look outdated; they can also tip over easily, making them a poor choice for households with small children or active pets.

Box fans are inexpensive ($20 - $40), quiet, portable, and can sit in an open window and blow fresh air into the room. Their biggest disadvantages are bulkiness and lack of oscillation.

These small fans, designed to provide cooling for one person, sit on a table and blow a small stream of air at high speed. Most can tilt to adjust their angle of airflow. Desktop fans cost between $10 and $30, making them a very affordable option.

Bladeless fans are the newest innovation in cooling technology. A bladeless fan draws air in through its base, then uses heat-exchange technology to cool the air. A fan then blows the cool air out in small, high-intensity bursts.

Bladeless fans are quiet, safe, and portable. They provide smooth airflow and a sleek, futuristic look.  However, they are also quite expensive: a room-size bladeless fan costs from $100 to $350.

You can indirectly cool your entire house by installing an attic fan or a whole-house fan. They work by exchanging the air inside the house for cooler outdoor air.

An attic fan operates during the hottest parts of the day by capturing hot air that has risen to the top of the house and blowing it outside. This allows the cooler air in the lower regions of the house to circulate, lowering the ambient temperature throughout the home.

Attic fans are relatively inexpensive ($100 to $300 to purchase and install) and use little electricity. On the other hand, they do not provide air filtering or direct cooling, and they are ineffective in insulated attics.

A whole-house fan works at night, drawing cool outdoor air into the house and dispersing it via ductwork. The pressure of the cool air's inflow expels the warmer air out of the house through vents in the attic.

A whole-house fan lowers the ambient temperature in the home and keeps fresh air flowing through the house. However, it is expensive to install, requiring a contractor and costing $1,000 or more.

Can You Remove And Replace A Ceiling Fan Yourself?

Most homeowners can remove and replace ceiling fans. As demonstrated in the YouTube video below, taking down a ceiling fan requires nothing more than removing a few screws, disconnecting three wires, and lifting the fan down. To replace the fan, complete these steps in reverse. Always turn off the power before removing or installing a ceiling fan.

What Rooms Should Have Ceiling Fans?

There's great debate among homeowners and interior designers about which rooms — if any — should have ceiling fans. Some people consider them unattractive and outdated, and would never put a ceiling fan anywhere in their homes.

At the other end of the spectrum are those who advocate for putting a ceiling fan in every room. They point out that ceiling fans do an effective job of cooling, can be sized to fit any room, and are now being manufactured in a wide variety of styles and colors.

Most experts come down in between these two points of view, recommending ceiling fans in rooms where you spend lots of time and in those that have inadequate airflow. The most popular places to install ceiling fans include living rooms, family rooms, bedrooms, finished basements, and areas with cathedral ceilings.

Do You Need A Ceiling Fan In A Bedroom?

A ceiling fan is a great way to keep your bedroom cool at night without the noise of a window air conditioner or the expense of running the central a/c. Ceiling fans create a comfortable airflow throughout the room. They can also add to the ambiance of your bedroom, as contemporary ceiling fans come in a wide range of styles that can complement any decor.

That said, a ceiling fan is not an absolute necessity in a bedroom. Many people choose air conditioning instead, because it is more effective at cooling the room on the hottest, most humid nights. Others prefer room-size fans, which have stronger and more direct airflow. Ultimately, the decision depends on your personal preferences.

Bladeless fans are different from ceiling fans, but not necessarily better or worse. Again, deciding between the two is a matter of personal preference. Ceiling fans do a better job of circulating air throughout the room, but bladeless fans can more easily be targeted to blow directly on you. Bladeless fans are usually noisier; on the other hand, they are portable, less bulky, and use less electricity than ceiling fans.

Now that you know more about ceiling fans and the alternative options available, you're ready to go shopping. Using the guidelines above, you can feel confident that you'll select the best option for your home and your situation!

You may also enjoy the following posts:

Should You Have Ceiling Fan In Your Bedroom?

How To Choose A Ceiling Fan – Questions To Ask Yourself