Home design usually follows certain guidelines and includes standard features. In most homes built these days, there is always one bedroom that stands out from the rest. This room--known as the master bedroom-- is typically larger than the other bedrooms in the home and is usually located away from the secondary bedrooms. But does a master bedroom always include an adjacent or en suite bathroom? We have the answer to this question.

Master bedrooms typically have attached bathrooms that include a vanity with a sink, a toilet, and a tub or shower. Although it is not absolutely necessary, and some homes do exist without master bathrooms, it is unusual to find one.

A master bedroom is easily identified because it is the largest bedroom in a residence. The room is typically designated for the owners of the home and usually includes an adjoining or en suite bathroom for their private use. Typically, the master bathroom can only be accessed through the bedroom. Continue reading to learn more about master bedrooms and bathrooms! 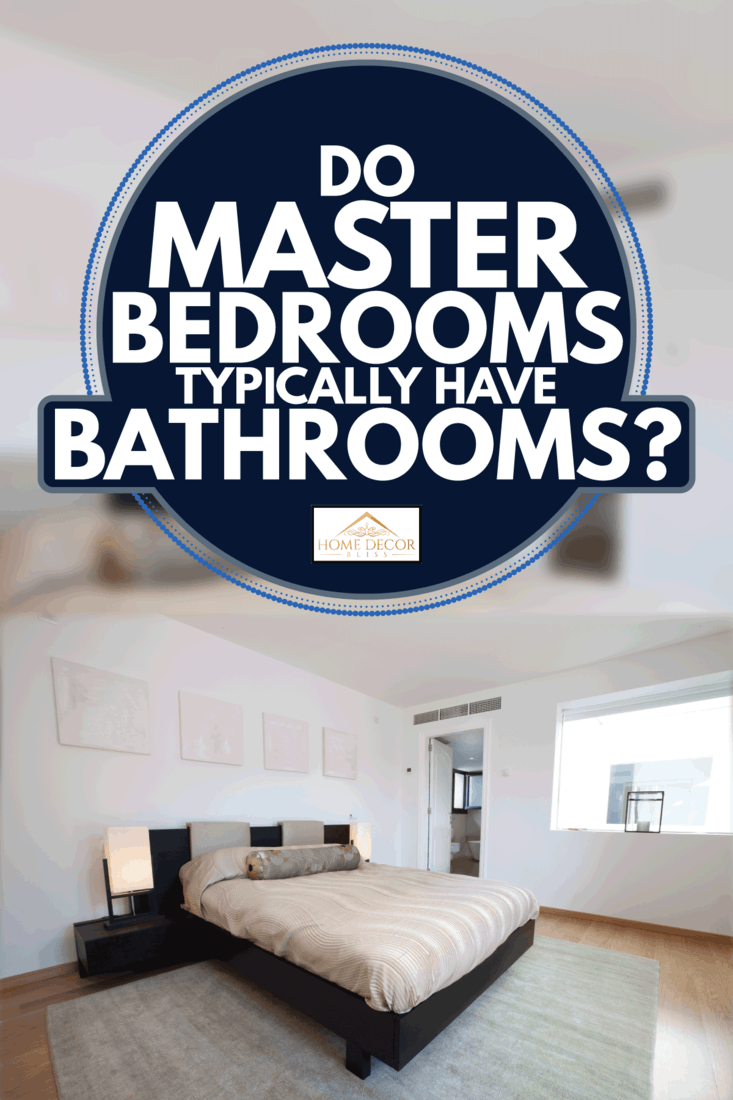 Features Of A Master Bathroom

The master bathroom is almost always a full bathroom--meaning it has a shower or tub in addition to a toilet and a sink. A good deal of master bathrooms will feature a walk-in shower without a tub, but in more upscale homes, you'll often find a roman tub separate from the shower. Some master bathrooms will have separate areas for the sink and shower, possibly a tub, and a smaller room where the toilet is located. 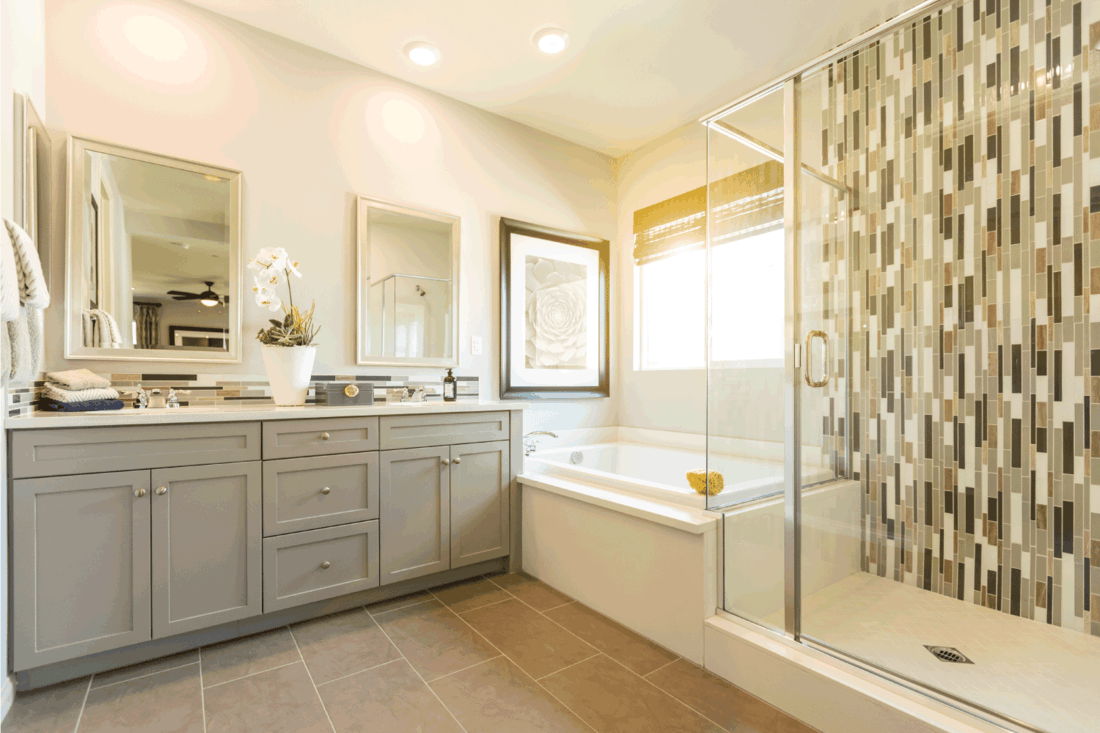 You will often find the master bedroom closet or closets located inside the master bathroom near the entrance. In some homes, there might also be an additional door in the master bathroom that leads out into a hallway so that you have two ways to access the bathroom--through the bedroom or from the hallway outside of the bedroom. This design is nice if you have guests and you don't want them walking through your bedroom.

Why Do You Need A Master Bathroom?

One reason for a master bathroom is privacy. If there are kids in the house, many parents like to have their own bathroom that connects to their bedroom and then another bathroom for their children and/or guests. There is also the issue of convenience. If the other bedrooms and bathrooms are located on the other side of the home, it's much easier to have a bathroom closer to the largest bedroom for the occupants of that room.

Do Condos Or Apartments Have Master Bathrooms?

Single-family homes aren't the only residences with master bedrooms and baths. Most condominiums and apartments will feature one bedroom larger than the others with its own full bathroom. Sometimes, apartments and condos will have two master bedrooms, both with en suite baths. This is usually designed with roommate situations in mind. With two master suites, both roommates get the same size room and can fairly split the rent down the middle.

You might find older homes don't have a master bathroom because many older homes were only built with one bathroom that all members of the house shared. If there is only one bathroom, it wouldn't make sense to put it in a bedroom. 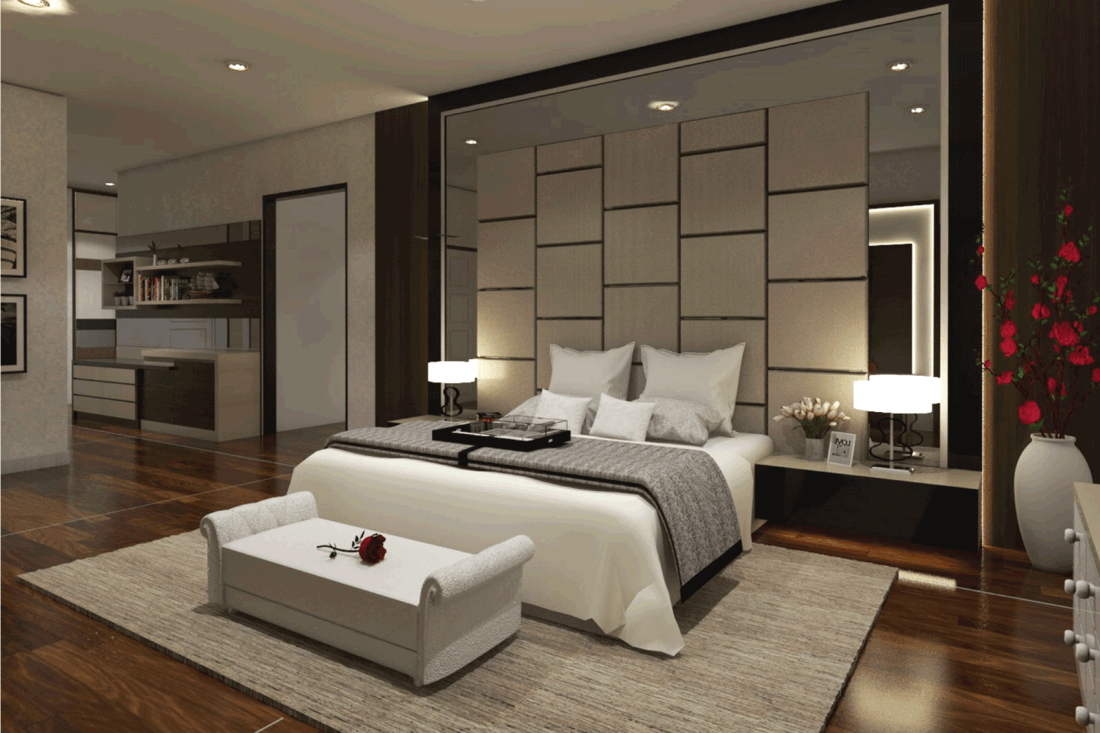 Some of you might wonder where the term master bedroom came from, and there has been much speculation regarding this in recent years. In 1926, the department store, Sears, decided to dub the largest bedroom in the house the master bedroom in its catalog. They were selling kit homes in the ad and thought it was an appropriate title for the main bedroom. It caught on, and the largest bedroom is still referred to by that name.

What Does A Master Bedroom Consist Of?

A master bedroom typically consists of a large bedroom --- usually the largest bedroom in a house. In most homes, there is also an adjoining bathroom. The master bedroom will usually include a walk-in closet as well. Many times, there will be a terrace or balcony if the home is two-story, and if it's a one-story home, you might have french doors or sliding glass doors leading out to the backyard area.

Where Should The Master Bedroom Be In A House?

Often, master bedrooms will be located in a preferred spot in the home. For example, if you have a pool or are on the water, you can almost be certain that the master bedroom will face this direction and have a view. If your home is one story, there will usually be access to the pool or backyard area from the master bedroom.

In some larger homes, you might actually find two master bedrooms or suites. This is common in homes with more than one floor. One of the master bedrooms will be located downstairs and the other upstairs. This is a great feature, especially for those who have extended family members living with them. These rooms are often called mother-in-law suites and are designed with that purpose in mind.

What Do They Call Master Bedrooms Now?

Many people still refer to them as master bedrooms, but some realtors and builders have recently begun referring to the master bedroom as the primary bedroom or owner's suite. This is because of the negative history of the word master in the United States.

Prior to the end of the Civil War, the owners of slaves were referred to as masters. The word master is also associated with a dominant male who presides over a subservient female. Because this term is offensive to some people, some businesses are attempting to phase it out and use more neutral language. 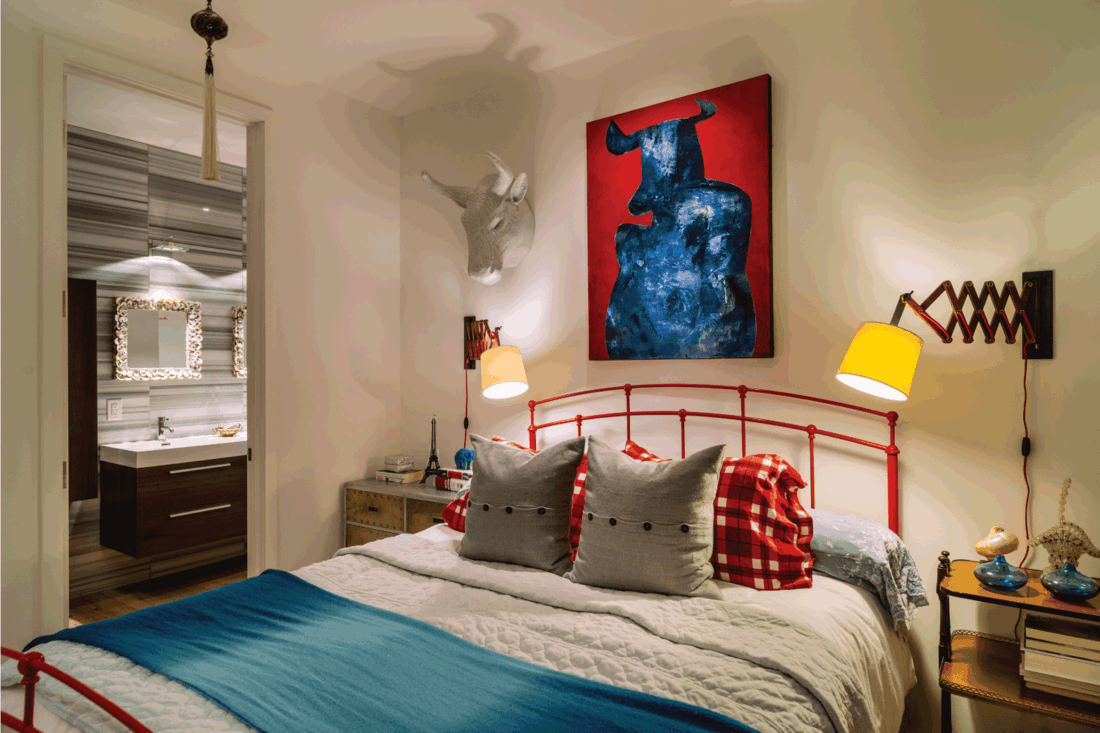 Can Master Bedroom and Bathroom Be The Same Color?