Shower filters are important because they strain pollutants, bacteria, and chemicals that are still present in treated water. But do you ever wonder if they're effective? We researched to find the answer and here's what we found out:

Yes, shower filters do work, but not all of them. Certain filters for showers can eliminate chlorine, which is used to make the wastewater consumable for human use.

Now that you know they're effective, we're sure you are curious about the best-performing filters on the market. You'll learn why shower filters are important to have and we'll discuss frequently asked questions. If you want to know more, keep reading. 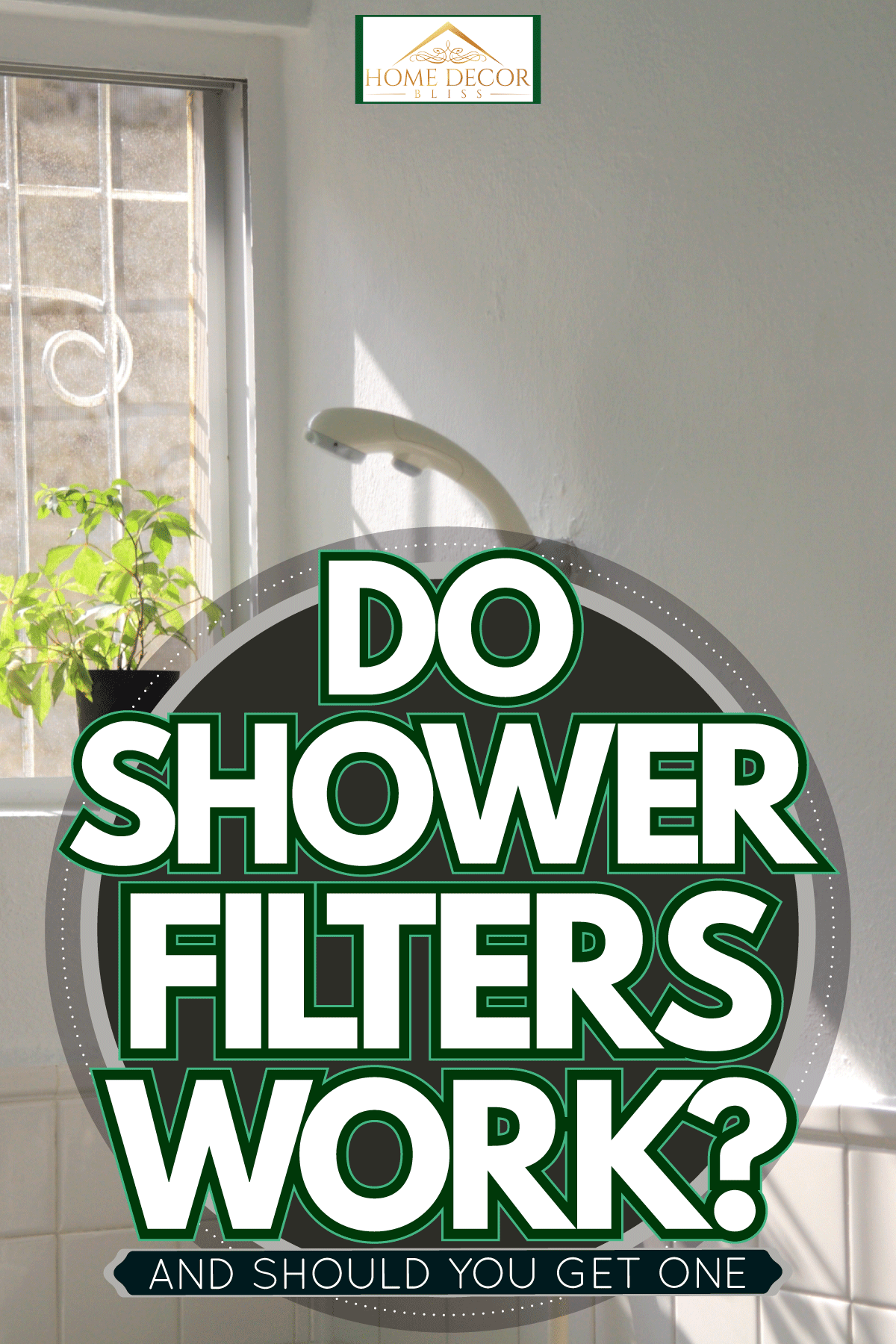 How Do Shower Filters Work?

Shower filters get rid of impurities in water, such as chloramine and chlorine that are added by the local treatment plant.

Also, it kills the bacteria and germs that are present in the pipes underground and your home's plumbing. They do this by installing filtration media such as KDF in the shower heads.

When water is filtered, skin irritants that damage your hair or skin are targeted before they can come out of your shower. 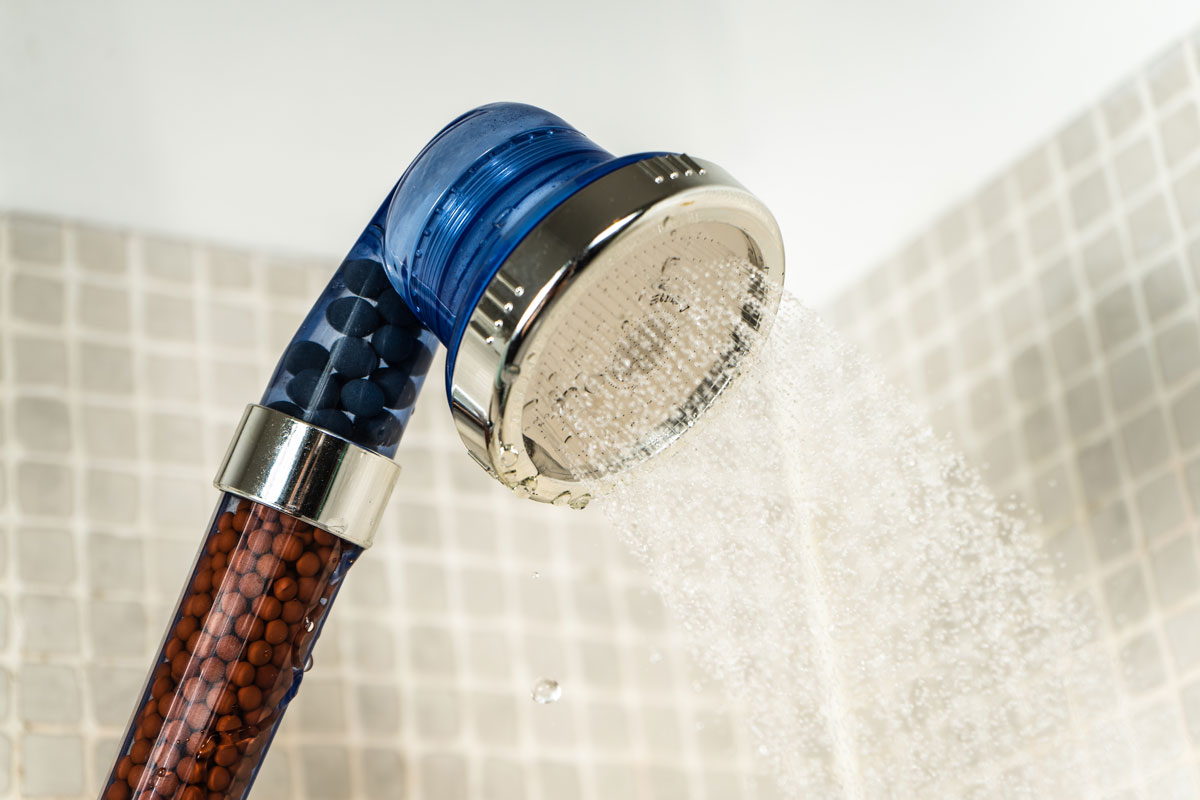 It's proven how water filters can save lives from illnesses, skin infections, and death. And shower filters aren't different. It double filters the water that you are using.

But what exactly are these chemicals and impurities that it eliminates and how does it affect our health when consuming them while taking a bath? And what types of water filtration can you use to be safe? Let's discuss them one by one.

These are the two major substances used for cleaning the water that is targeted by shower filters; chlorine and chloramines.

Although they're excellent at turning wastewater into consumable and usable liquid again, they still need to be filtered out even more to ensure the health of the person who'll use it.

Chlorine is used as a disinfectant to destroy water-borne pathogens that are harmful to human health and carry illnesses such as diarrhea, skin rashes, etc.

However, although it's a powerful ingredient that changed the world, it damages your skin, nails, and hair by washing away their natural oil. As a result, it becomes brittle and dry when entering your pores.

Chloramine does the same work as chlorine but is weaker. It is a chemical variant of chlorine with ammonia added.

However, chlorination is the last step of the water treatment process before distribution to ensure the removal of leftover germs. Another chloramine increases the lead that's present in water.

Along with that are these health problems caused by exposure to chloramine present in the water.

Although they're both used as water disinfectants, there are small differences between the two. 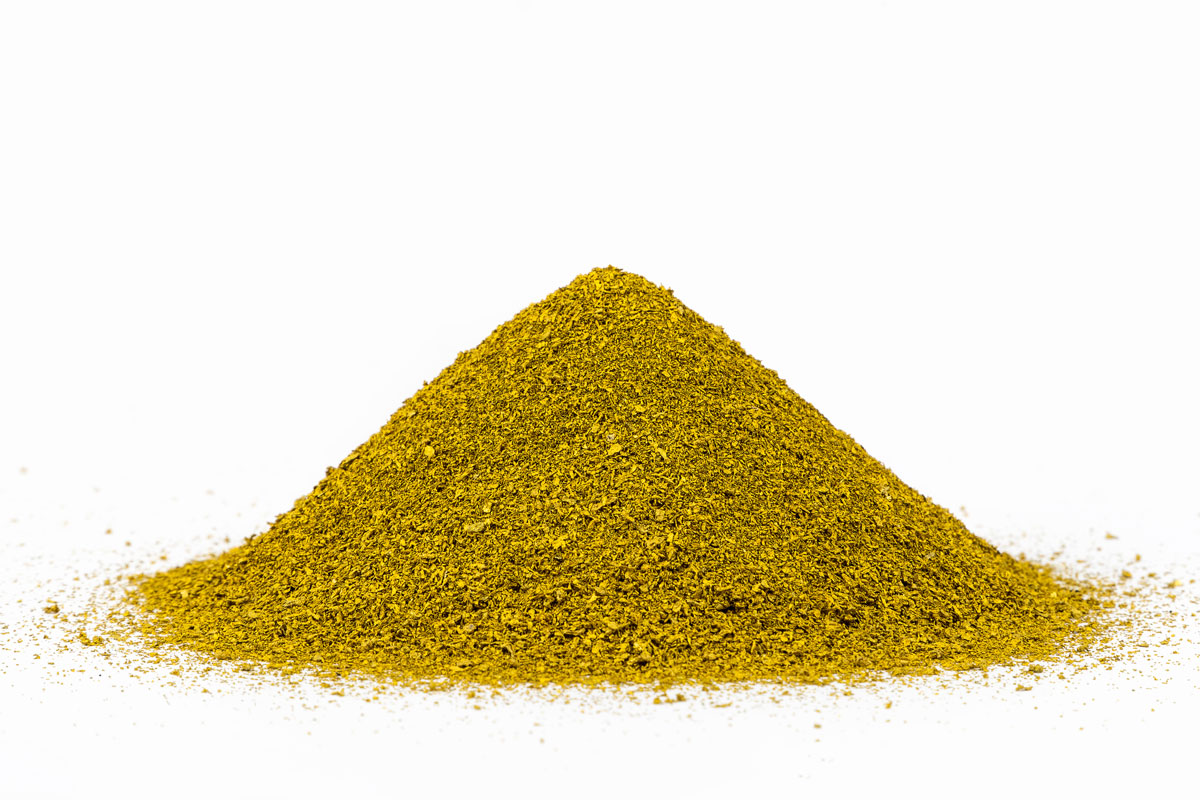 After the killing and the treatment of the public water systems, here are the two main types of water filtration.

There is a built-in filter shower, which lets you simply replace the shower head. And there is an in-line shower filter which is installed between the waterline and the shower head.

Its variation in technology includes the following:

Check out this shower filter on Amazon.

Check out this AquaHomeGroup's Vitamin C shower filter on Amazon.

Check out this Aquasana KDF shower filter on Amazon.

Is Shower Filter Worth It? 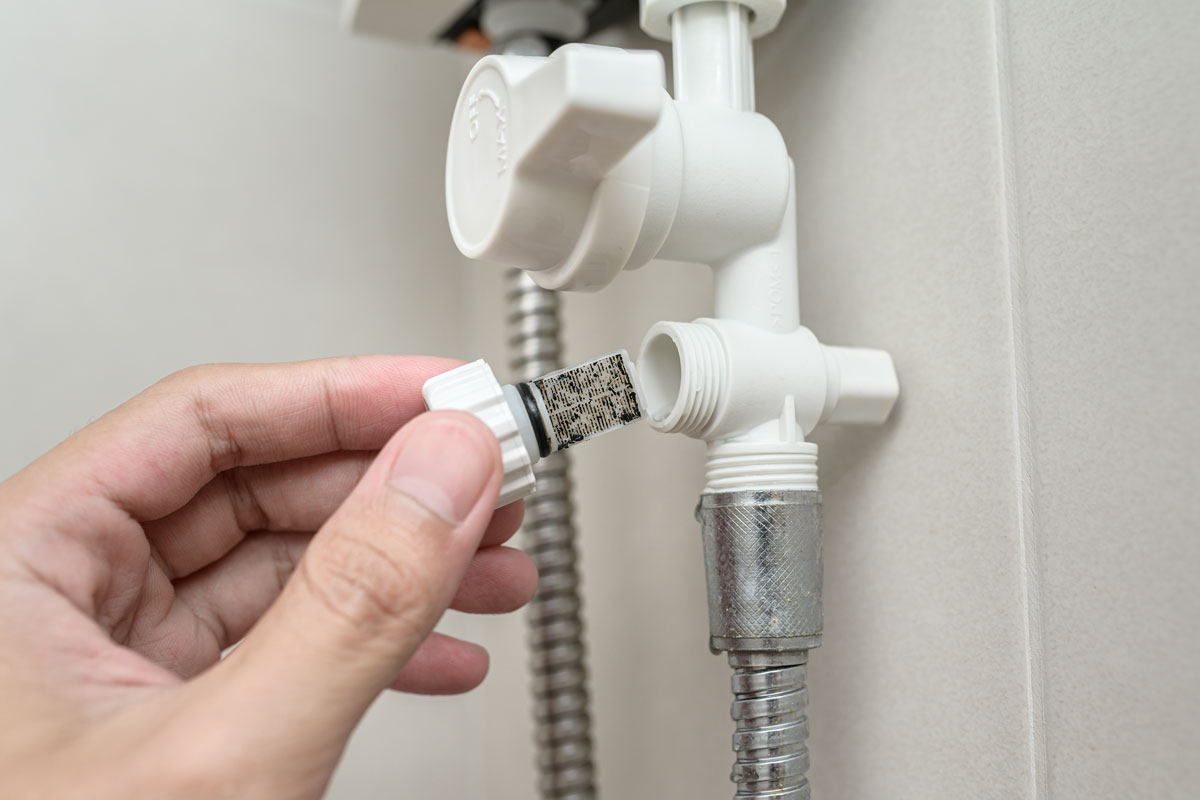 If you are living in areas with low water quality and if your skin lies under the sensitive types, having a shower filter installed in your bathroom is a terrific choice for your family's health.

Here are other advantages that you can get from having this water technology in the comfort of your home.

Want to learn how to clean a shower? Read this: How To Clean A Plastic Shower

Yes, having your water flow through filters when showering can help aid hair loss since chlorine can rip out sebum, the natural oil that protects our hair. Keep it moisturized and healthy. Having a little amount of this "oil ripper" can save your scalp from damage. 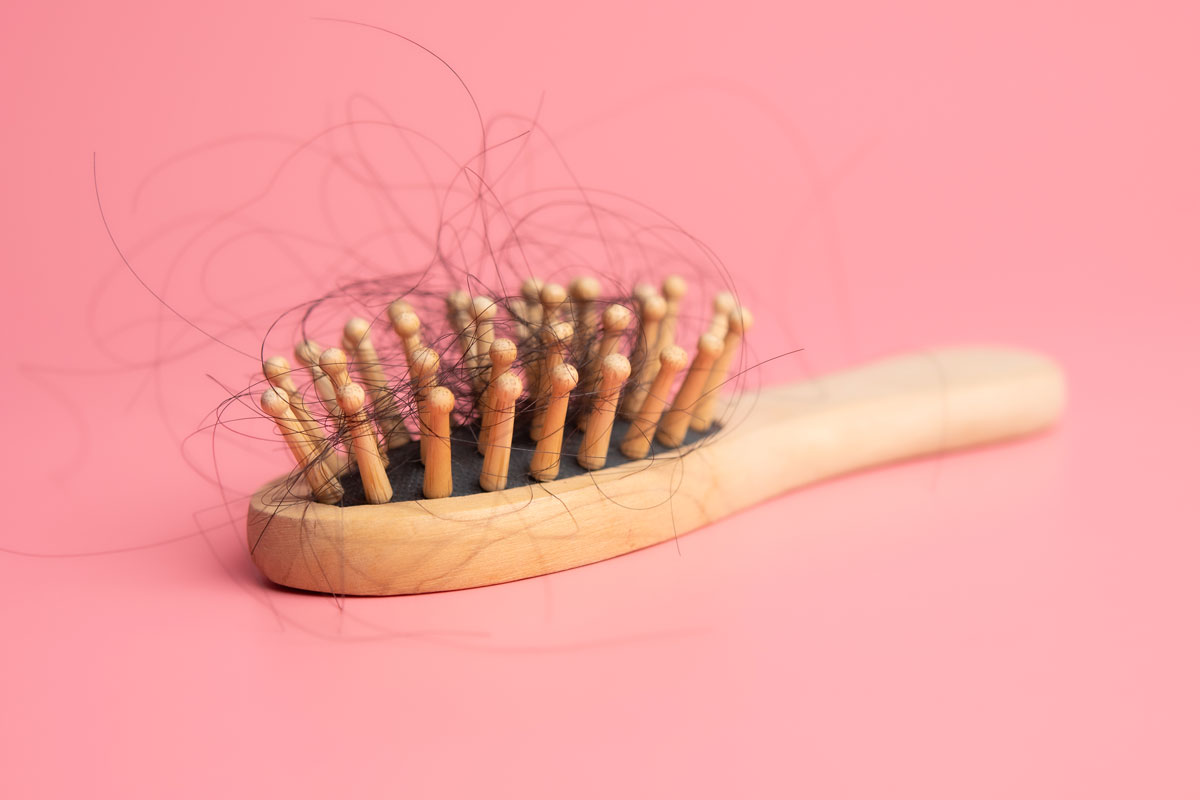 Yes, a shower filter can affect water pressure when it's installed incorrectly. It can withhold water pressure and has a rating that usually estimates between 20 - 100 PS or a private sewer line. If a water filter's affected, these are most likely the reasons why:

Read more about pipe leaks here: Sounds Like Water Is Running In My Pipes All The Time; What To Do?

Can You Install Shower Filter By Yourself? 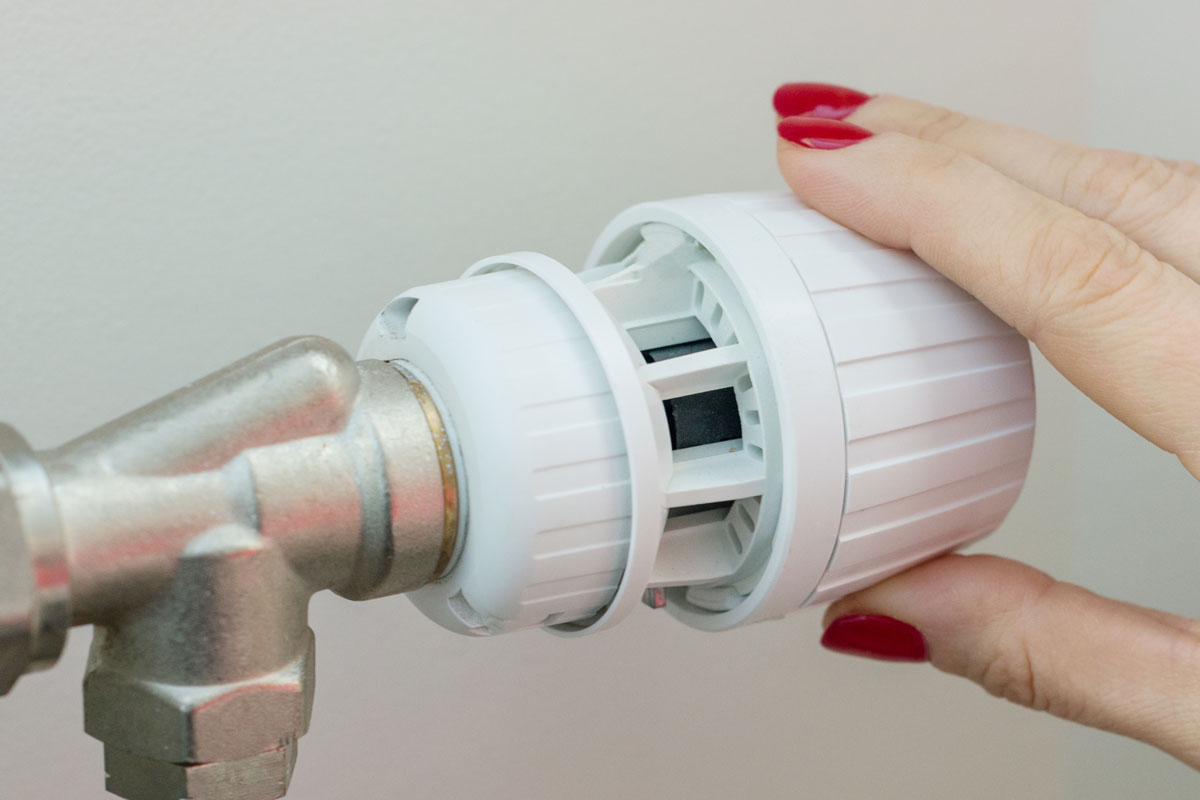 Yes, this task requires beginner skills and you can execute it within an hour. If you are planning to install this yourself, here are the steps that you should follow, depending on the type of shower filter.

How To Install In-Line Shower Filter

First, remove the shower head by rotating it counterclockwise until it is detached from the arm completely. Remove any plumber or Teflon tapes that are still wrapped around the shower arm and replace them with a new one.

Next, attach the shower filter to the shower arm tightly. Using pliers, turn the nut a little bit more, but not too tight.

Clean the inside of the filter by opening the cold water and leaving it to flow out for 5 minutes.

Once that time passed, turn the temperature to hot water and leave it again for the same amount of time. This will make sure that any dirt or packaging residue stuck inside gets washed out.

Get the shower head you detached earlier and connect it back to the shower arm and filter. Open the water again to check if there is a leaking or a malfunction.

Check out this Dixon Valve's sealant tape on Amazon.

How To Install Built-In Shower Filter

Disconnect the shower head and proceed to clean the shower arm. Remove any residue before wrapping a new set of plumber's tape. Set that aside and get the built-in filter. Place it directly under the faucet and let cold water run through it for 10 minutes.

Secure the filter and connect it to the shower arm using a clockwise direction. Once it's tight enough, test the water flow if everything is alright. 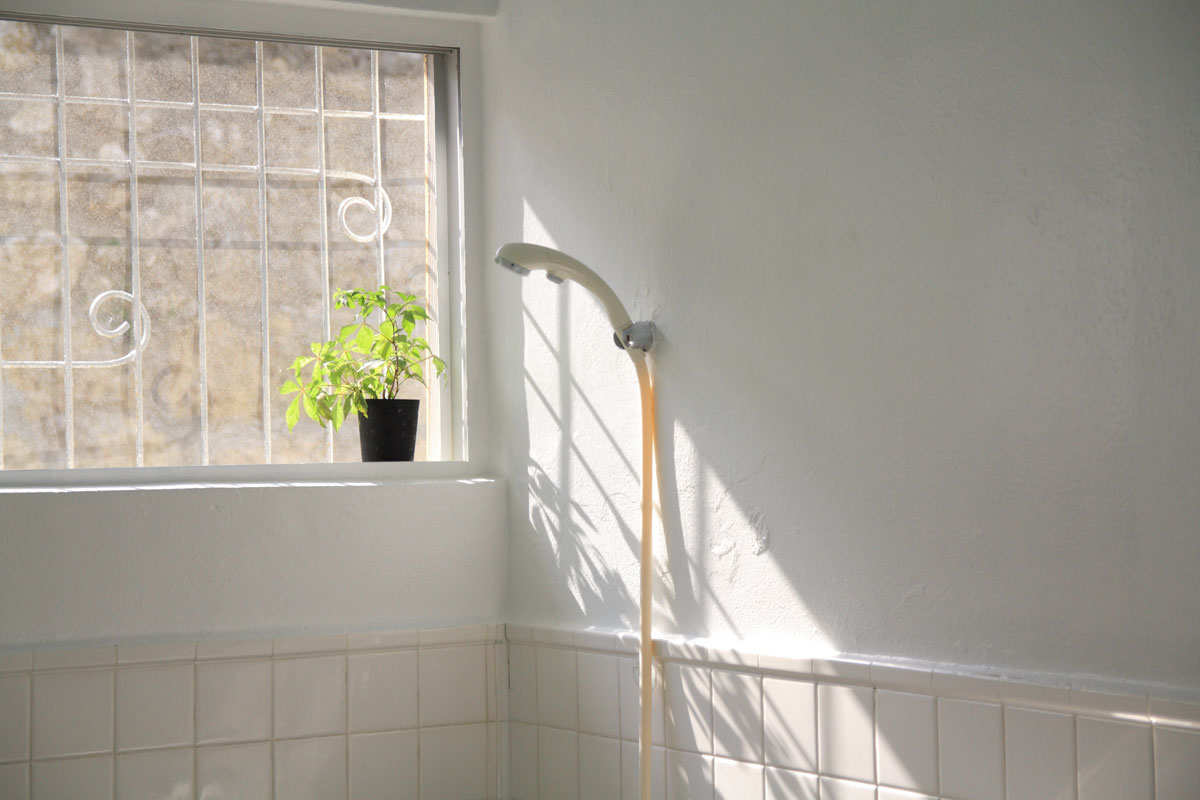 Shower filters are worth getting and installing in your bathroom. It gives you additional protection from overexposure to chlorine, chloramine, and other contaminants. All of which are present in the treated water we use for taking a bath.