Along with access to electricity, modern plumbing is such a necessity that few could imagine living without it for an extended period. But what happens during a power outage; do you need electricity for the average household’s toilet to continue to function as intended? We’ve researched this to get the answer for you.

Most household plumbing in the United States is gravity-based, meaning it’s the force of gravity coupled with flushing water that gets used as the primary means of moving waste out of the home and through the public sewer lines. However, one of the main caveats to the availability of gravity-based waste removal is when plumbing is located below the sewer lines. In this instance, an electrical toilet pump must aid in the removal process by actively pushing waste upwards or sideways through pipes and into the main lines. The electrical nature of these pumps leaves them vulnerable to electrical outages and their toilets to unavailability.

If you’re like most average Americans, you’ve probably never stopped to consider what exactly it is that occurs with every use of your toilet, and these distinctions can feel puzzling at first. Continue reading as we elaborate on each system’s workings, what it is they do, and what they might mean for your home. 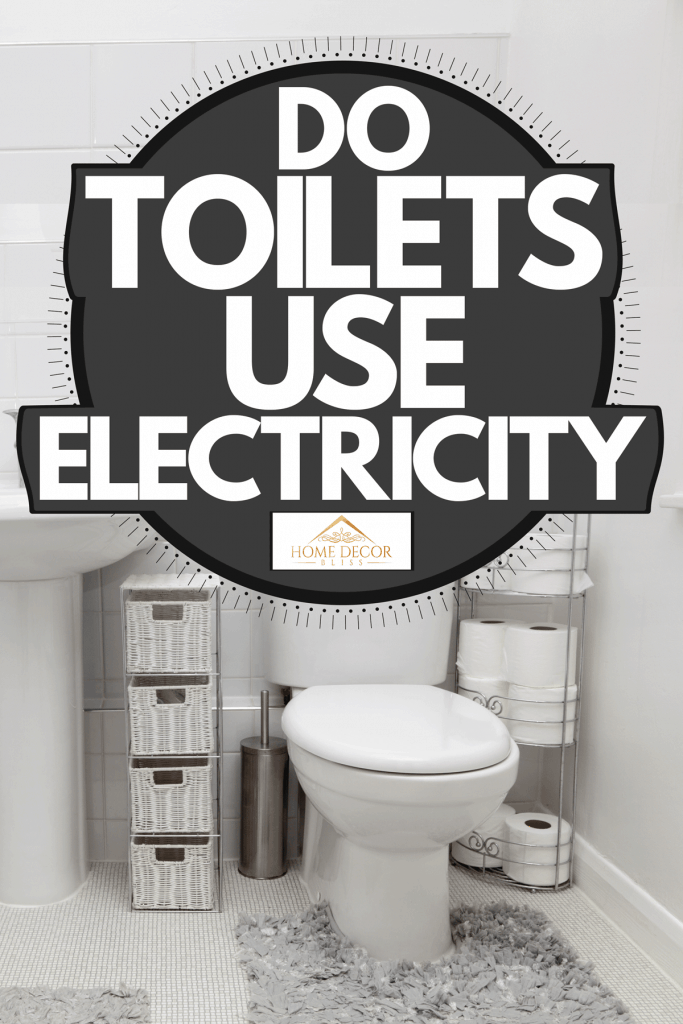 The main reason gravity-based flush toilets are considered the default is primarily one of practicality. Electricity can give out; gravity will not. The standard flush toilet is composed mainly of two main parts. There is a bowl for holding currently unused water and a cistern positioned above to hold flushable water.

The cistern contains clean replacement water and houses the various mechanical devices to facilitate waste removal. When a toilet is flushed, water is released through the upper cistern and down through the hole or siphon in the middle, washing the bowl clean again as it goes. 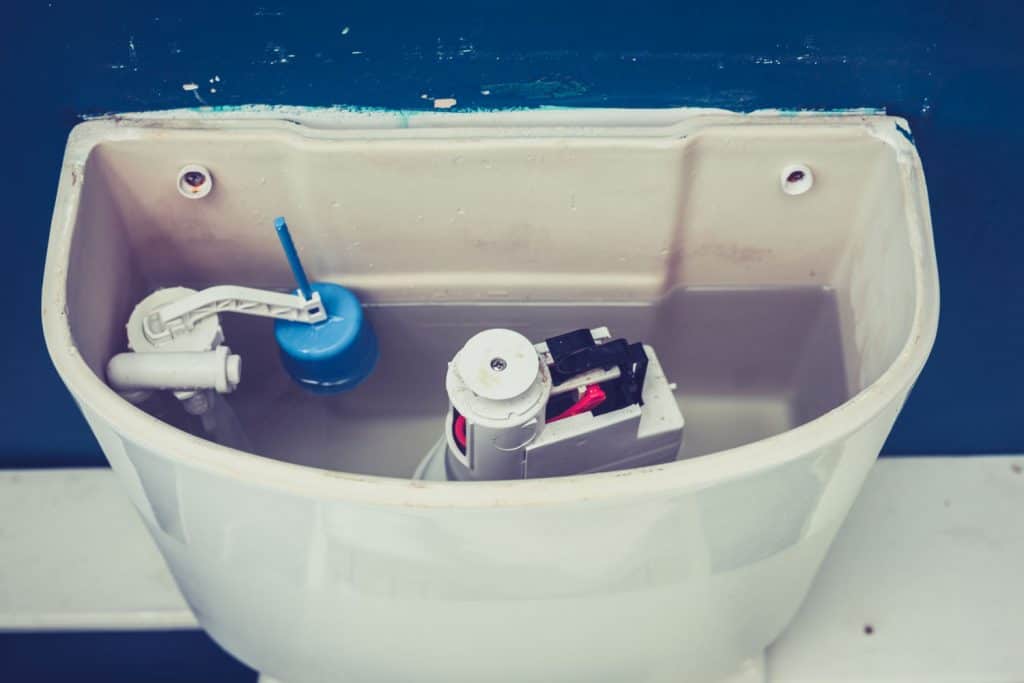 Water then travels through a connecting pipe and out into the sewer pipes to be disposed of. This process is entirely mechanical, using the force of gravity alone to move the water along. As long as the water and mechanical components are in order, the process can repeat unimpeded. Indeed, when it comes to this system of toilets, the water is where most consideration needs to be had.

The primary unique function of electric toilet pumps is their ability to move water and waste anywhere against gravity. The toilet’s position might require it, whether up or sideways. A pump toilet generally starts by reducing waste down into smaller, easier-to-move pieces using a rotating blade known as a macerator, a process necessary due to the usually narrower connecting pipes.

After the macerator has finished its job, the electric pump creates pressure identical to that found in gravity-based toilets. At this point, the process becomes essentially similar. These electrical pumps are beneficial when plumbing is installed in a basement below the sewer lines, for example, or if you wanted to install plumbing a distance away from the main house and sewage line.

Flush Toilets Vs. Electric Pump Toilets – When To Use Each? 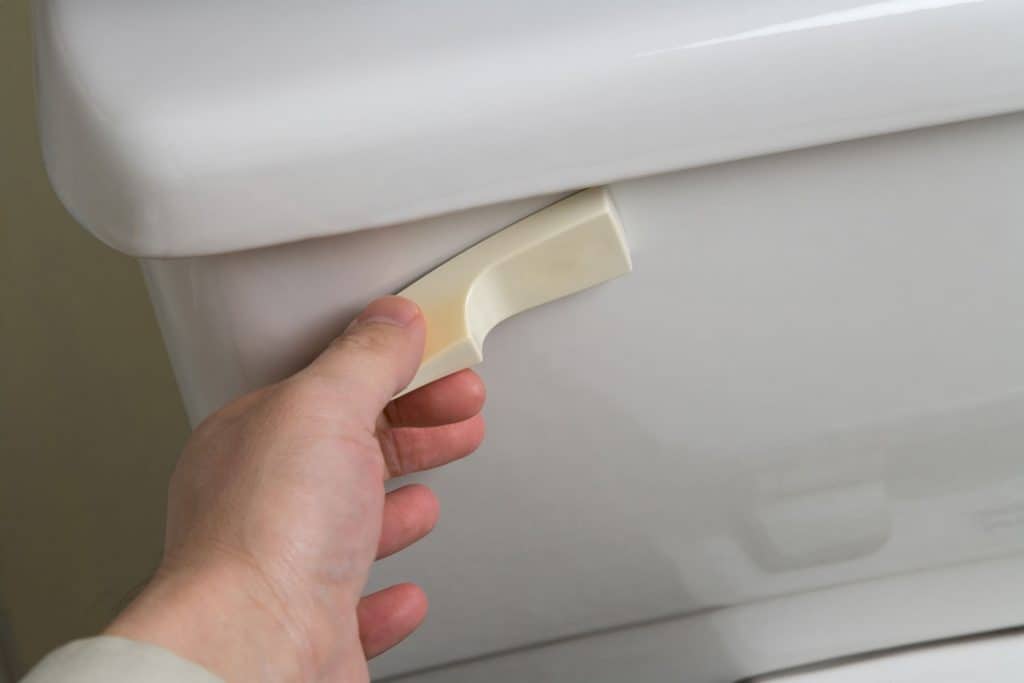 Flush toilets can be used any time a person can feasibly access the proper amount of water necessary. If enough water is placed in the bowl and all mechanics are working correctly, a flush toilet is usable.

Toilets requiring electrical pumps need both water and an electrical source to dispose of waste properly. They do allow for plumbing in areas that would otherwise be inaccessible to a more comfortable and established way of living. Electrical generators as a backup power source can resolve some potential outage issues, especially if one lives in areas where such problems might be recurrent.

Does Flushing Your Toilet Cost Money? 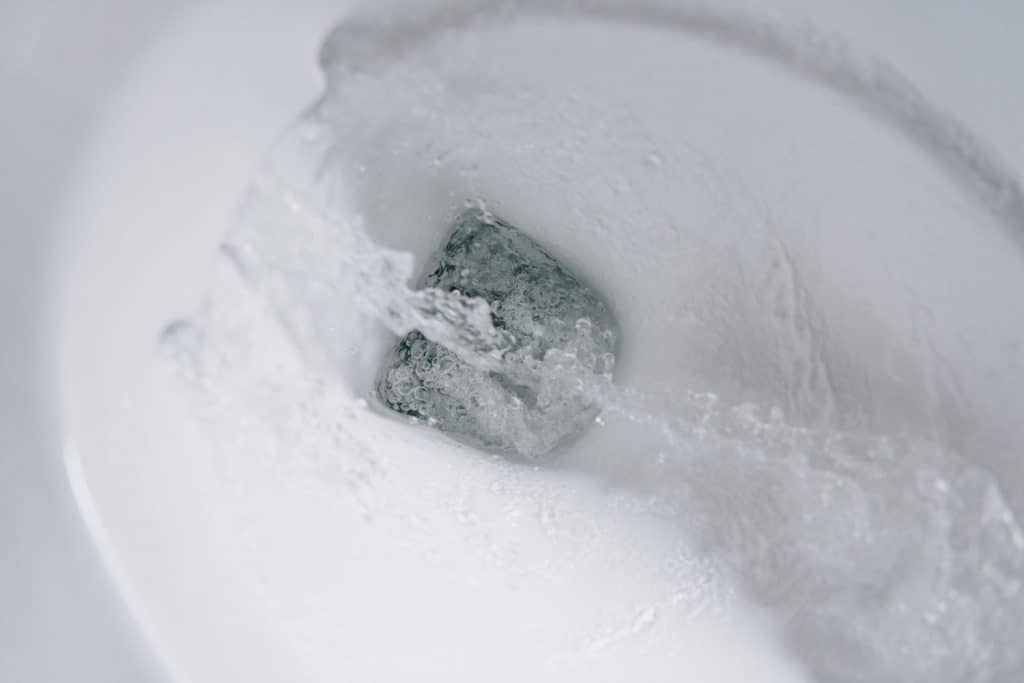 It’s important to remember that, while gravity is free, water, unfortunately, is not. The water used in your toilet is the same water used for all your other housing needs. Therefore, the use of said water when flushing our toilets does incur a cost. The lack of any electrical mechanisms means no additional cost to your electric bill. However, the average price of flushing for a toilet built before 1992 can run upwards of $29 annually tacked onto your water bill.

If you live in a house with plumbing installed before 1992, the cost will be even higher due to increased water usage found in older model toilets. Leaks that go undetected and general water waste are unfortunate realities for virtually all households across the country. The toilet is the number one culprit, along with leaking faucets.

Of course, costs for maintaining or replacing an electrical toilet pump might also occur if any of your toilets are equipped with this feature.

What Happens If A Toilet Runs All Night?

A constantly running toilet has likely suffered a mechanical or physical impairment to its ability to refill and contain water inside the cistern and bowl at proper levels. Potential issues could range from a slipped valve to actual cracks in the porcelain, causing the toilet to lose water consistently -gallons of it per day, most likely.

Here is where that yearly, approximate $30 dollar charge for flushing your toilet has the potential to spiral out of control quickly if not taken seriously. An immediate call to your plumber is in order if you find yourself unable to find the solution yourself. Take a running toilet seriously!

Power outages are an unfortunate annoyance in life, and there is nothing quite as worrisome as losing access to sanitation and comfort during already quite uncomfortable times. Worrying about whether you have access to basic needs like the bathroom is generally not what you want to be thinking about. Under most circumstances, however, gravity and water will be there for you, and now you know just where to head and what to do when you get there should the lights ever go out.

Interested in more toilet selection and maintenance tips? Check out our related posts:

How Much Space Do You Need For A Toilet?

Toilet Flange Too High – What To Do?

Do Toilets Lose Flushing Power Over Time? [And How To Increase Flush Pressure!]

Do Toilets Wear Out? And How Long Do They Last?

5 Of The Best Toilets For A Heavy Person

Do Toilets Come In Different Colors?