A lanai is a type of roofed, open-sided veranda, patio, or porch originating in Hawaii. They are more commonly found in homes in coastal cities since lanais are meant to provide a more comfortable space to enjoy the views and outdoor spaces around a home. Many lanais have screens or glass surrounding them; they all also have a roof to keep out the rain and debris. Since a lanai has these separating elements, many people struggle to determine if the lanai is an interior room or outdoor space. We've researched this very quandary to determine if a lanai counts as square footage.

Continue reading for more if you want to learn more about what does and doesn't get included in home square footage and how a lanai fits into that equation. 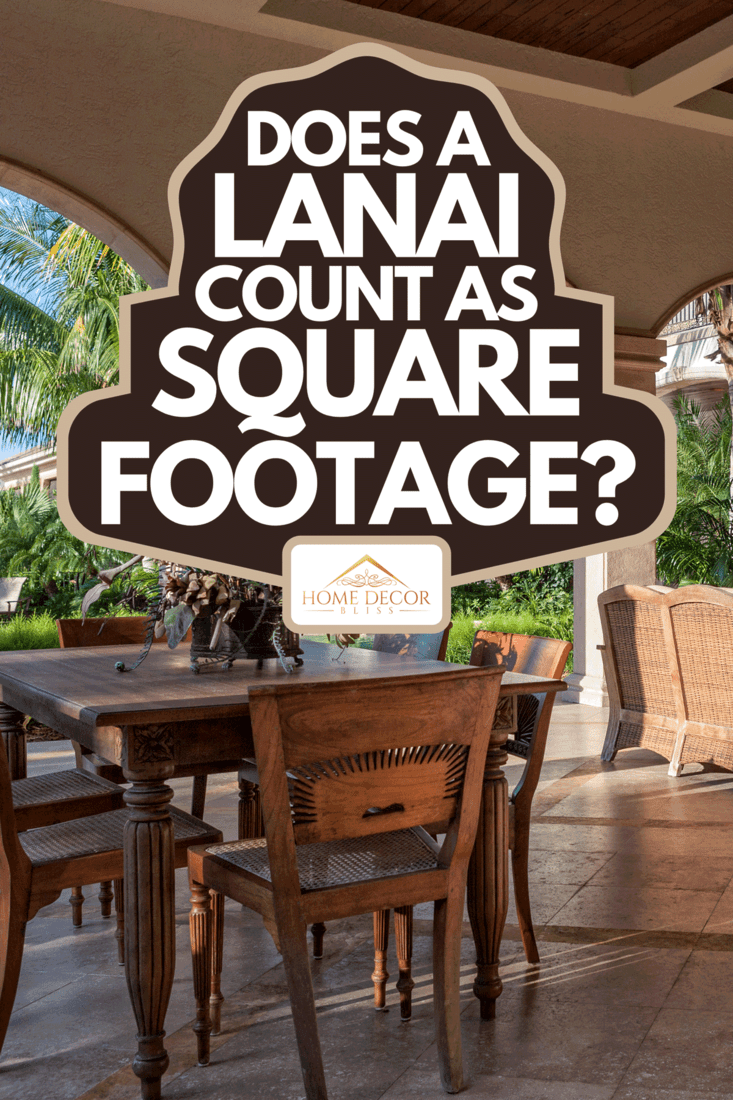 Is a Lanai Livable Interior Space?

Most integral rooms in a home count as livable interior square footage space. Sunrooms, all-season rooms, and porches begin to blur the line on what is included in the tax-assessed square footage of a home.

The most important thing to determining whether a room counts as square footage or not actually seems to be the temperature control system. Porches and screened verandas do not have fixed and permanent heating and cooling. One of the design purposes of those rooms is for the homeowner to be able to enjoy the outdoor views and weather with less impediment. 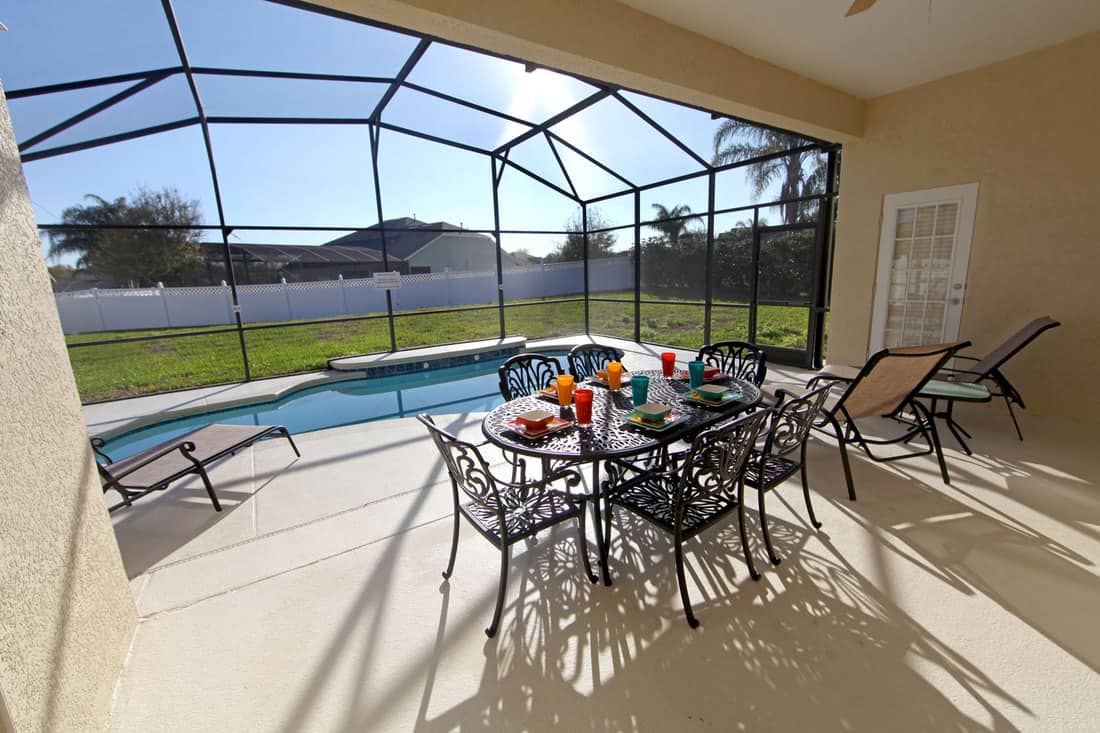 Other Home Spaces that Do Not Count Toward Square Footage

Basements do not count towards square footage regardless of whether they are finished. If you spend a lot of time and money making your basement livable and finished with complete walls and trim, it will still not count as square footage for tax and resale purposes.

Garages, similarly, do not count towards square footage. A garage, however, could be converted to square footage with some modifications similar to a lanai or porch.

Sheds, barns, stables, and other outbuildings cannot be made into square footage unless they are fully fitted as if they were a small home. They would need running water, electricity, heating and cooling, and proper insulation to count towards square footage. They would also need to abide by any and all additional local requirements for safe living spaces.

If the structure or room is not attached to the main house unit, converting to living space can be even harder.

Attics can also be converted to square footage, but it requires more work and may not always be possible. Attics have several building codes and rules that must be met to convert into livable interior space. That being said, some homes have large attics that can provide a large amount of additional square footage. This can cause your home to sell for much more, especially since a finished attic is also desirable.

Why Does Square Footage Matter?

The official livable square footage of your home is used in several ways. Tax assessments of your property take this into account. Interior livable space is taxed at a much higher rate than garages, patios, or outdoor space. A lanai itself is considered a screened or roofed patio, so it will be assessed at its own rate. In this specific instance, not having it count towards square footage can benefit you.

Likely the most important reason to get accurate square footage in a home is assessing resale and tax value. Square footage is directly related to the price a home can be sold for on the real estate market.

A lanai usually wraps around a significant portion of the house, so the square footage added would be quite large. Unfortunately, for these purposes, it does not count towards the square footage. A lanai is, however, a possibly highly sought-after home feature depending on where you live. It could add value that is quite high while not likely comparable to its value in the footage.

Is It Possible To Turn A Lanai Into A Living Space?

It is possible to turn a lanai or porch into livable footage. The first step would be to incorporate the porch or lanai into the main living area with a door or archway. Then you would need to ensure that area is sealed away from the elements and insulated. Screen windows or doors will not suffice.

Finally, you would need to install a permanent heating and cooling system in the room that works with the rest of the home. If you've been planning to add a lanai to your existing home in Florida, check out this article we wrote that summarizes the costs, "How Much Does It Cost To Build A Lanai In Florida?"

Cost of Converting a Lanai into Living Space 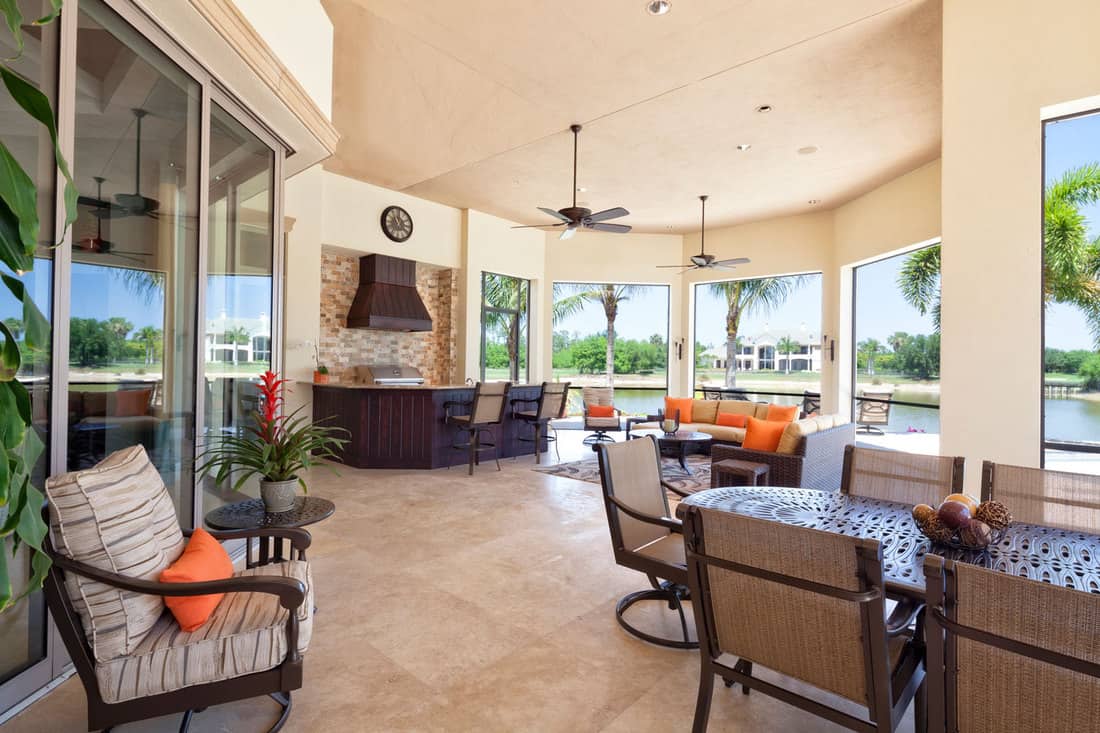 Converting porches or lanai into a room is not an uncommon project. Some people realize they'd rather have another room instead of a space where the climate is not stable. Others might have a growing family and need one more bedroom without having to move right now. This is a project that can be done, but the associated costs are also very high.

A simple conversion that may or may not cause it to count towards square footage depending on where you live could be between $3,000 and $10,000. For a complete room conversion that includes insulation, walls, heating and cooling, and an extended roof, the cost can range from $20,000 to $35,000.

What Is The Difference Between A Patio And A Lanai?

The term lanai can be defined in a few different ways. Any screened porch, veranda, or patio could be referred to as a lanai by some. The functional differences that separate a lanai specifically are that lanais are generally larger and covered by the house roof.

Some people think that because it shares a uniform roof with the house, that it should be included in square footage, yet it does not. When someone traditionally refers to a lanai, it is an expansive roofed porch that wraps around at least one entire side of the home.

Being that lanais often have a screened-in area or portion, you should check out our article "How To Clean A Lanai Screen [3 Methods To Try!]"

Does A Screen In Porch Count In Square Footage? 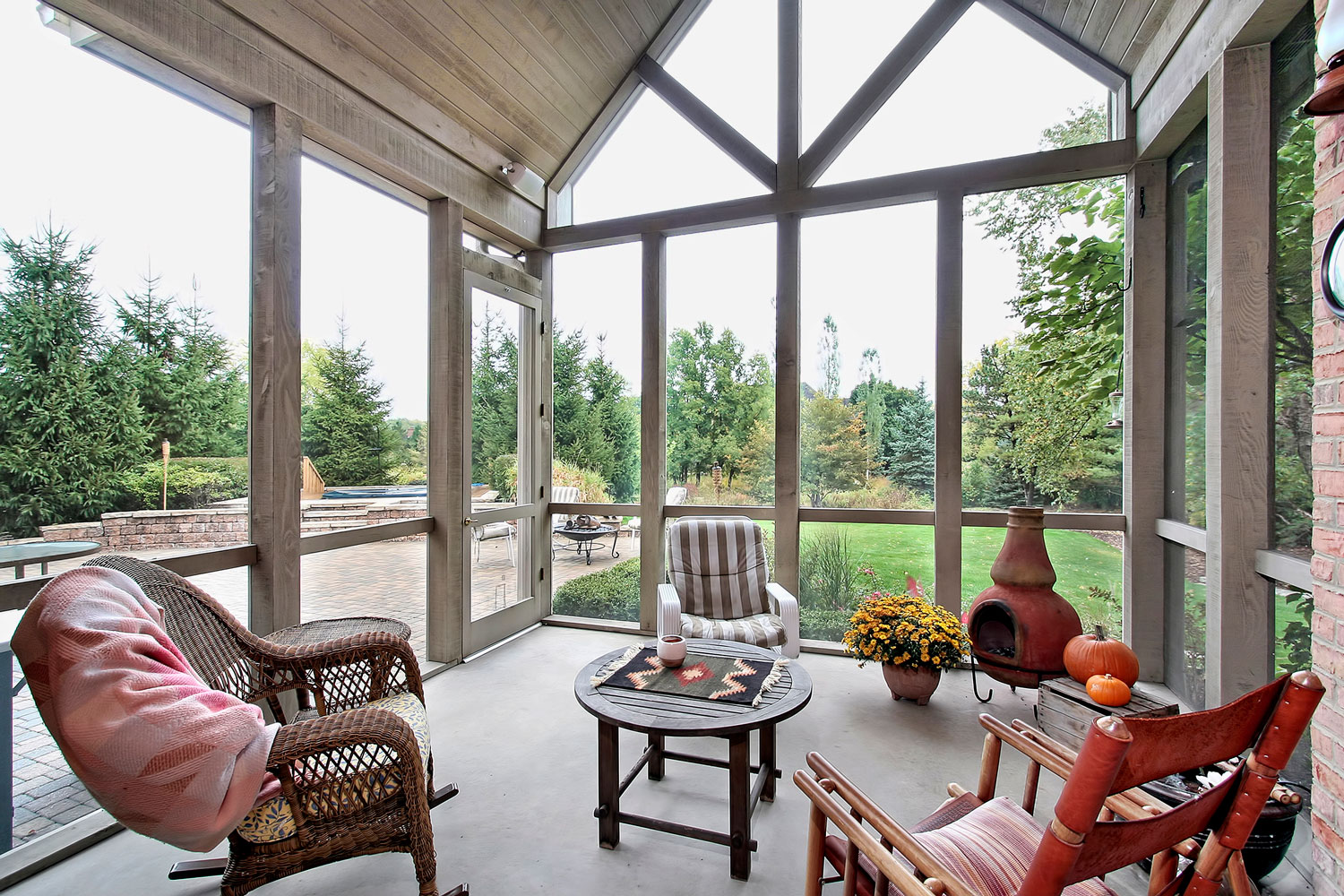 Screened in porches function much like lanais in regards to square footage. They do not share a contiguous space or the same heating and cooling as the main home living area. Because of this, they do not count in determining the square footage of a house.

Porches will add a possibly high amount of value to a home based on how desirable a porch is in the area. In coastal cities or towns, a lanai or screened-in porch can be greatly sought after. If they are exceptionally well built and maintained, it may even add an equivalent or higher value than the footage in some cases.

The Value of Enjoyment

A lanai doesn't count to square footage under any circumstances and would require a tremendous amount of work to convert. The true value of a lanai is in how it expands the use of your home.

A lanai brings you the opportunity of experiencing the views and lovely weather outside your home while still being within your comfort zone. If it brings you joy and makes your home more pleasurable to spend time in, then that value is much greater than whatever square footage it could add.