Shutters were originally designed to protect your windows from harsh weather as well as provide privacy and security. While most shutters that you see today aren't functional, they still look great and give your house an attractive accent color.

Shutters come in every color imaginable, and if you can't find your perfect color, you can always paint them. However, black is one of the classic shutter colors and looks great on a house of almost any style or color. If you find yourself stuck when trying to decide on the perfect shutter color, you can rarely go wrong with black. We've collected some beautiful images of a variety of houses with black shutters to inspire you. 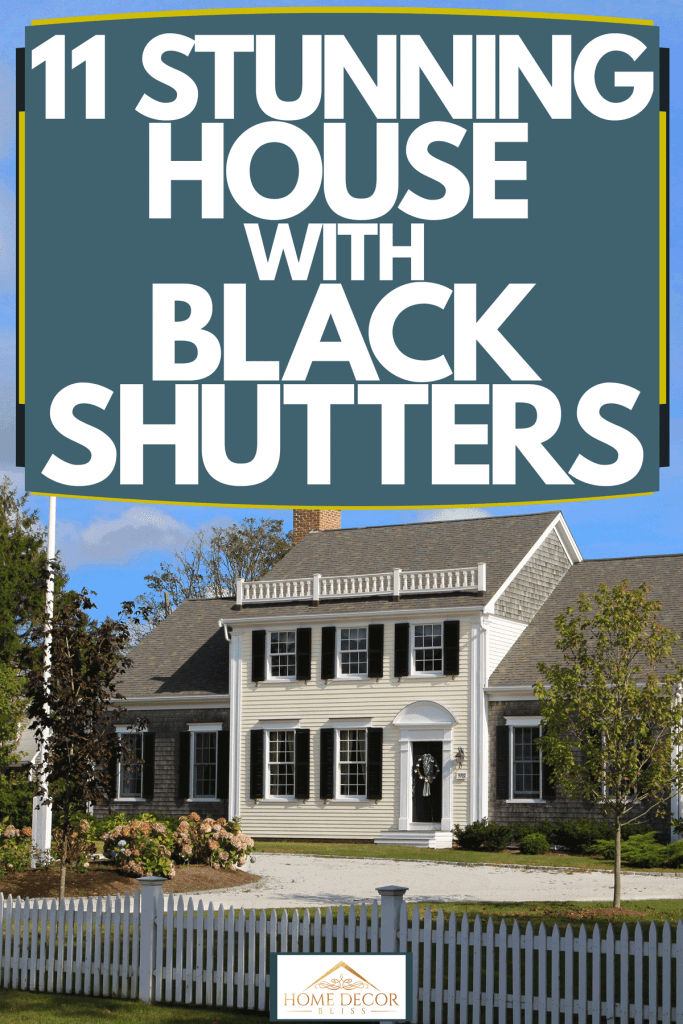 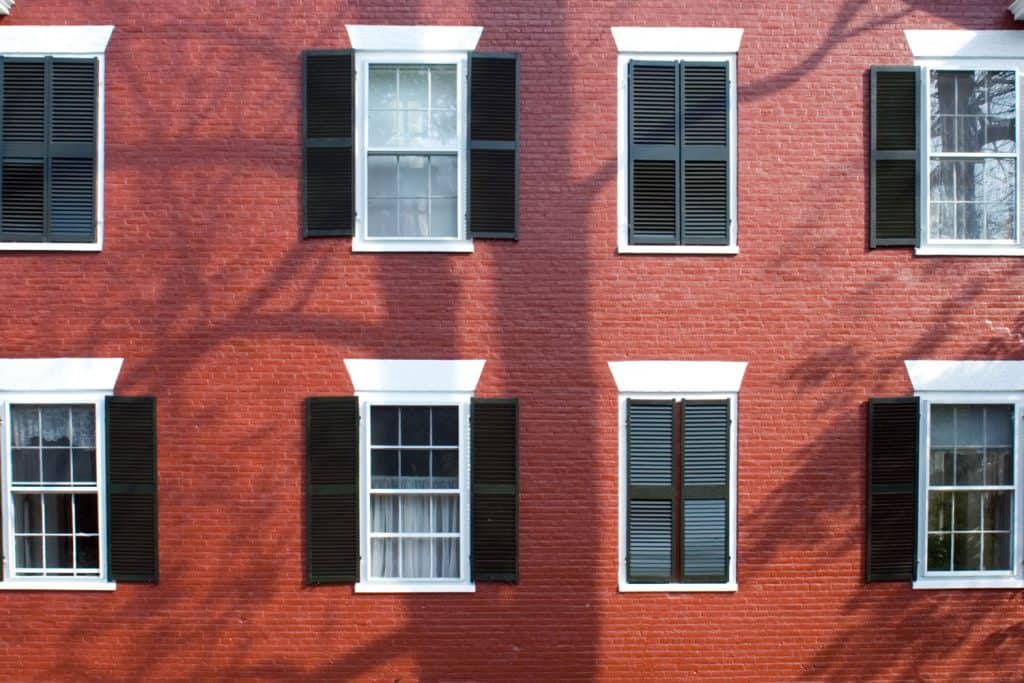 This house shows how fabulous black shutters look on a brick house. The white window casing, combined with black shutters and red brick, is a timeless, classic look. These are functional shutters, which can be found on many older homes.

You can see the louvers point down to encourage water and snow to drain off of the shutters and away from the windows in the closed position. While the direction of your louvers doesn't really matter if your shutters aren't functional, it's a nice touch if they're historically accurate. 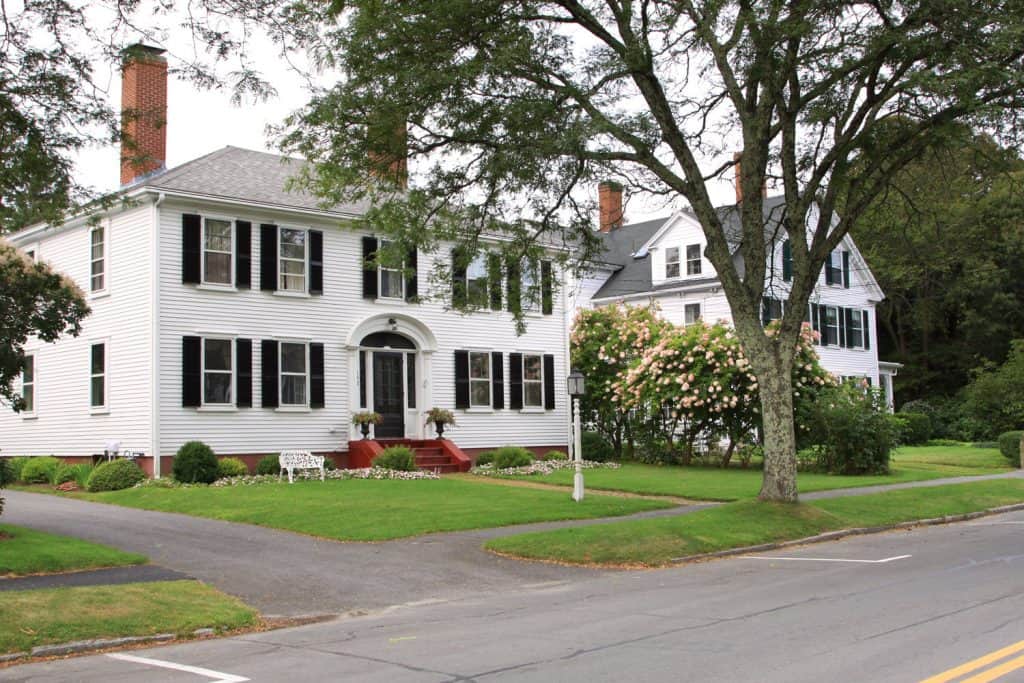 As this gorgeous colonial-style house shows, the combo of black and white is iconic for a reason. These black, louvered shutters pop when seen against the white background of the house. They provide a lot of contrast and architectural interest to an otherwise plain exterior.

Louvered shutters are designed with overlapping slats to let air in but keep bad weather out. They are among the most popular types of shutters as they are practical if they work and beautiful if you just want them for decoration.

Check out these louvered shutters on Amazon. 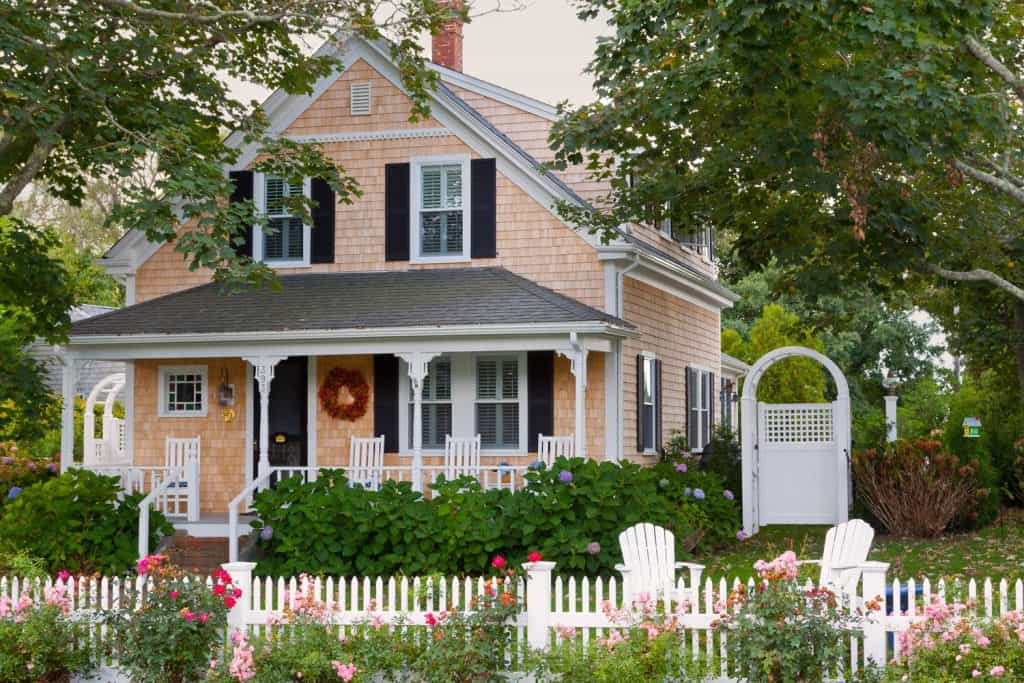 This charming Cape Cod illustrates how black shutters work even on a pastel-colored house. The black shutters ground the Easter-egg hue of this siding and keep it from looking too cutesy. This house also shows the advantage of putting shutters on windows on the side of the house.

In order to save money, many houses are built with shutters only on the front. This can leave the sides and back of the house looking sad and barren. If it's not possible to start with shutters on all windows, using black shutters will make adding them later an easy task. Black is much easier to match than many other colors, particularly if they've been faded by the sun over several years. 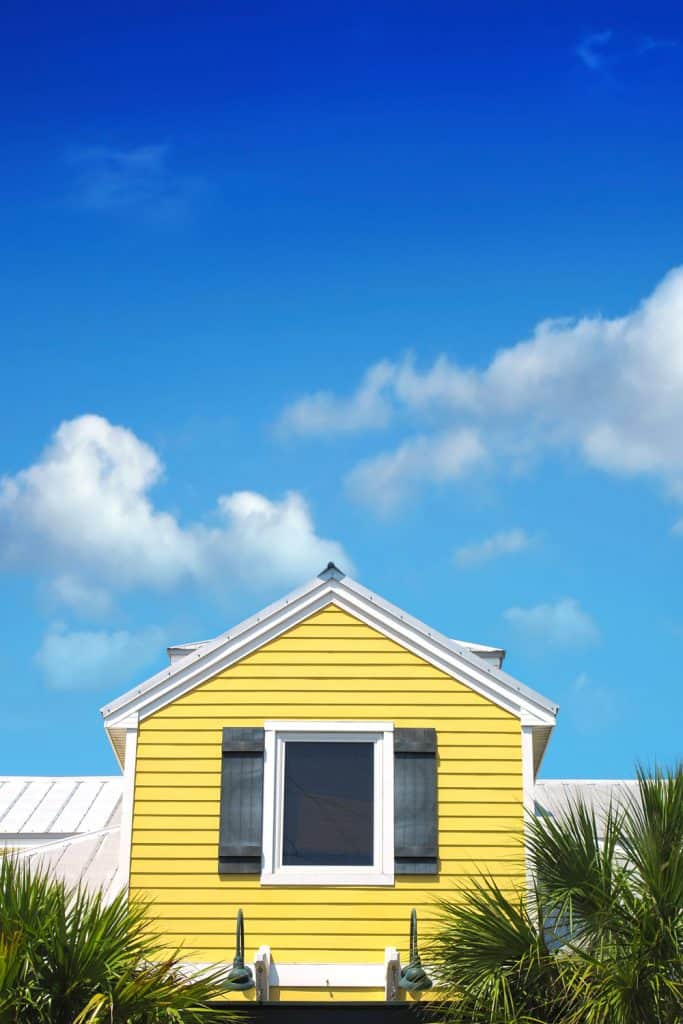 Black board-and-batten shutters make this cheerful yellow dormer pop. They make the window look larger and give a custom-designed look. These shutters are functional as well, giving this Florida house an extra layer of protection during hurricanes.

This is a great example of board and batten construction. This type of shutter is made with individual boards placed longwise and joined with a smaller cross piece, called a batten. Board-and-batten shutters can also be designed with an arch to fit curved windows.

Click here to shop for board-and-batten shutters at Amazon.

Newly constructed houses in planned neighborhoods can have a cookie-cutter look if you aren't careful. While beige has a reputation for being boring, the black shutters on this newly built house help it stand out from the crowd. Black shutters don't have the same pop on muted colors as they do on bright colors, but they add a touch of sophistication that can make your house stand out from the crowd.

Combined with the white casing around the windows, these black shutters add a custom design element that adds a bit of historical flair to this house. The homeowners get the look of an old house with the convenience of a new one. 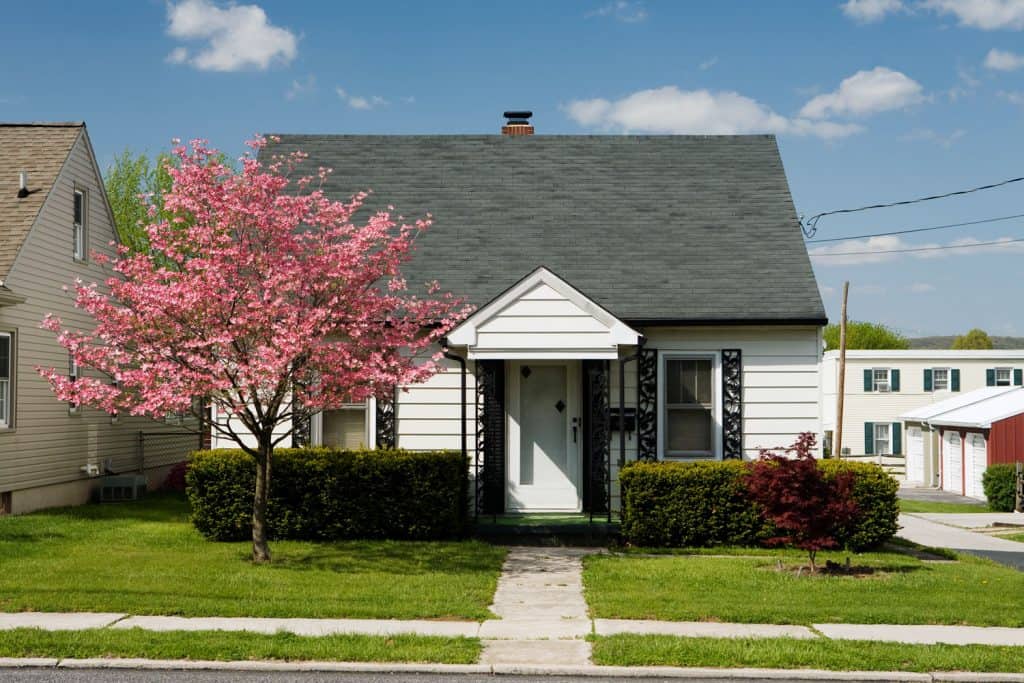 Decorative scroll shutters give this adorable little house an abundance of curb appeal. Because this house is so small, adding custom touches like this doesn't have to be expensive. The scroll work is intricate and adds interest to the otherwise plain exterior of the house.

Since scroll shutters are made of iron and therefore heavy, it's important to make sure they're hung with enough support so that they won't damage your exterior. If you want the look of iron without the weight and price tag, there are faux iron options available.

Click here to check out this decorative iron shutter on Amazon.

Panel shutters are an elegant alternative to louvered shutters. Louvered shutters harken back to a past when central heat and air weren't the norm, and shutters needed to provide airflow as well as protection. On the other hand, paneled shutters have solid panels and don't allow for air to pass through.

Paneled shutters provide protection and an extra layer of insulation, which can make a difference when the temperature reaches extremes in either direction. These can also be a great option if they're purely decorative, as there are no small crevices for little animals and insects to hide behind.

If you live in an area with sweltering temperatures or you just wish you did, you might want to add some Bahama shutters to your house. These shutters have traditionally been used in the Caribbean to protect from the blazing sun and tropical storms that are so common in the area.

Because of their stylish look and practical nature, they are gaining in popularity outside of the islands. These shutters are mounted above your window at a 45-degree angle. They can be closed completely to help block out the sun on hot days or opened to allow sunshine and air in.

Click here to shop for Bahama shutters on Amazon.

The houses in Charleston, South Carolina, are known the world over for their beautiful exteriors, including shutters and window boxes. No matter if you've visited this historical city or only dream of traveling there, you can add a touch of southern charm and hospitality to your own house with these black panel shutters.

These shutters have adorable shutter dogs that are used to hold the shutters open. Shutter dogs, like shutters, can be functional or purely decorative. They look great with paneled and louvered shutters and are perfect if you're going for a historic look.

Although windows are generally what comes to mind when you think of shutters, installing shutters on your porch can add comfort and value to your home. Porch shutters provide shade and protection for your porch. You can easily turn your porch into an extra three-season room with the addition of shutters.

Porch shutters are installed much like Bahama shutters, at a 45-degree angle. They can work with or without screens. Many modern porch shutters come with moveable louvers so that you can open them for airflow or close them to block out rain. Few things are as relaxing as sitting on a porch during a gentle rain, provided you aren't getting soaked, of course.

If your windows are especially wide or you have two windows placed close together, folding shutters might be a good option. These shutters fold in half when they are open and then unfold to close. Shutters that are too wide can look awkward and detract from the exterior of the house.

Click here to check out this adorable window box on Amazon.

No matter what style or color your house is, black shutters can add a sophisticated flourish and lots of curb appeal. From decorative to functional, with so many options available, there are black shutters to fit every budget and design style.

Should All Exterior Doors Be The Same Color?