Shower benches add a blissful, spa-like ambiance to any major standing shower. This is especially true if they're made of exotic wood like teak. Of course, there's an issue when it comes to wood and water: mold. After a while, wood won't last when exposed to enough water. This is even true of hardwoods. Did you ever wonder what research had to say about teak's lifespan as a shower bench?

Teak is unusual because it has an innate level of waterproofing that most other woods do not have. Because of it's waterproof and mold-proof makeup, you can expect teak wood to last 10 to 15 years in the shower at the bare minimum. It's not unusual for teak wood to last for decades or even a century in most other situations.

It's no secret that teak is one of the most durable woods for furniture. That's why it's so common to see teak being bid on during antique auctions. But, what can you really expect from this famous hardwood? Let's look into it. 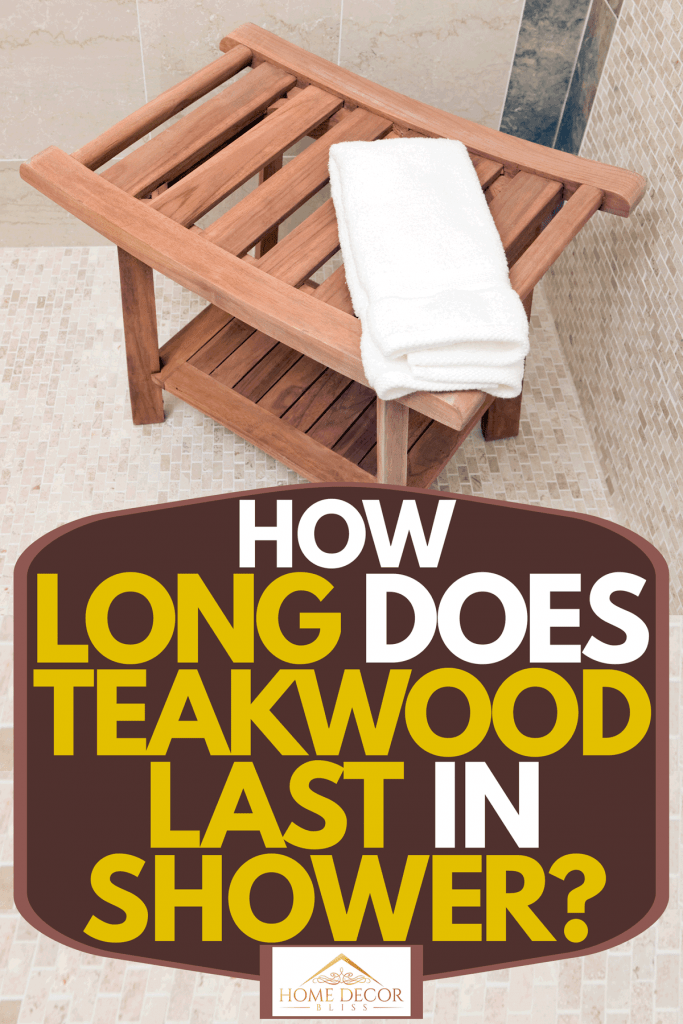 This is a big question, and the answer is nuanced.

The natural oils found in teak make it resistant to water and mold. This makes it ideal for furniture exposed to high levels of humidity, such as shower benches. As a result, teak remains one of the most popular choices for outdoor furniture. When teak is just used for outdoor furniture, it can last for as long as 50 years.

For most situations, it's acceptable to treat teak as if it's waterproof. However, you shouldn't assume that it's entirely waterproof. If you soak teak that isn't protected or maintained in water for days, you will end up with a fairly damaged piece of furniture. So, it's best to treat it as if it needs to be maintained or dry from time to time.

What Can You Do To Extend The Life Of A Teak Shower Stool?

Shower benches made out of teak are an excellent addition to a bathroom. They're also considered to be an "investment piece" by many. To make sure that you get the most out of your teak bench, it's best to do the following:

How Do You Clean Teak Wood In A Shower?

To make sure that your shower bench is going to be able to last for years, you have to clean it properly. To do this, follow the steps below:

Is Teak Or Bamboo Better For A Shower? 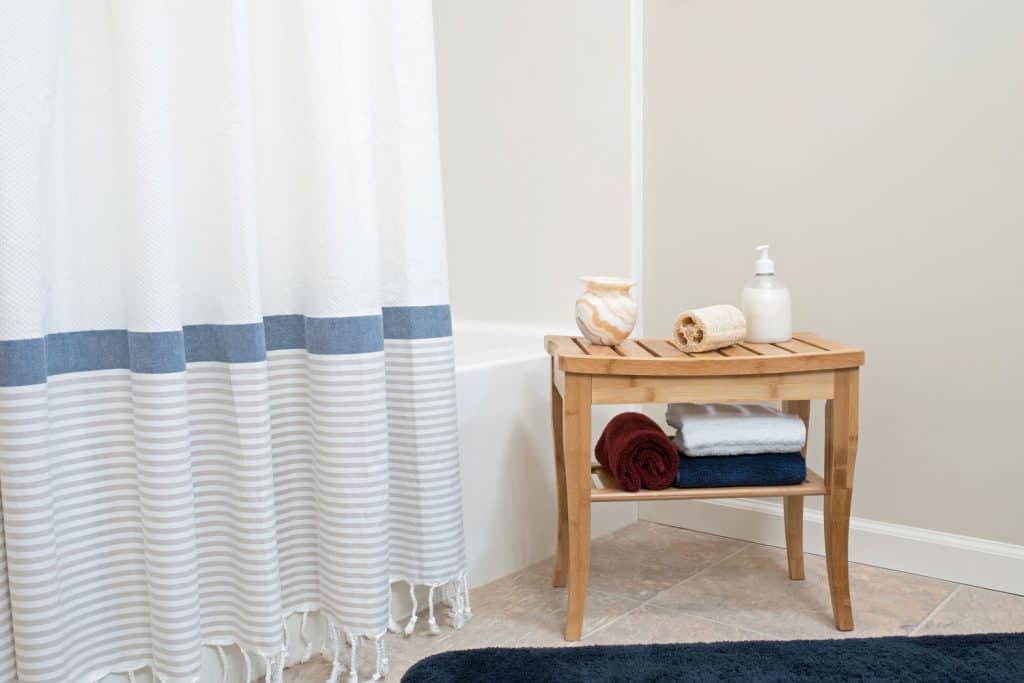 Bamboo and teak are both excellent shower bench choices, primarily because both have high water resistance. However, one is better than the other. At first glance, bamboo and teak both look identical. However, they are not the same by any stretch of the word. Teak is generally the better option, primarily for the reasons below:

With that said, bamboo remains a fairly popular shower bench material, simply because it's more affordable than teak. If you're on a budget, bamboo will work in a pinch.

Click here to get a bamboo shower stool from Amazon.

If you have a fan of spas in your circle of friends, then you already know that it's going to be a good choice. Teak shower benches can easily last for decades. They look stylish, and people who are "in the know" already regard them as heirloom pieces. Most people will never turn down a stylish shower bench!

Click here to get a teak shower bench from Amazon.

There's a reason why people tend to enjoy getting teak furniture as a present. It is considered to be a status symbol, to a point. This is even true when it comes to things like shower benches. Unfortunately, there's a reason why people treat them like status symbols: the price tag. No matter how you look at it, teak wood is going to be expensive.

If you want to get a teak wood shower bench, you should expect to pay between $40 to $100 for a standard bench. On the other hand, typical bamboo benches will cost between $25 to $75 for a typical bench. If you have an ultra-fancy bench with unique lines, the price of your shower bench will be higher.

Click here to get a luxury teak shower bench on Amazon.

What's The Difference Between An Expensive Teak Shower Bench And A Cheaper One?

It depends on the benches that you're comparing. Teak benches have several reasons why they may be pricier or cheaper. The most common reason why a bench may cost more deals with the quality of the wood. Though teak is generally high-quality wood, shower benches are usually made with less-than-optimal wood. A pricier bench often comes with better wood quality, leading to better durability.

Of course, it also has something to do with the design of the shower bench itself. If you have a highly unusual, stylized design put together by artisans, it's always going to be more expensive. Focal points and showstoppers always are, after all.

Click here to get an artisan teak shower stool from Amazon.

When Should You Replace A Teak Shower Bench?

For most homes, this isn't going to be an issue unless that shower bench is starting to become an antique. However, there will always be a point where your bench might need to be replaced. If you notice that your shower bench is becoming discolored, grew mold, or starts to feel spongy to the touch, it's time to replace it.

Mold growth in teak benches is exceedingly rare, but it still can happen. When it comes to shower benches, mold most frequently grows at the bottom of the bench or in small nooks and crannies. If you notice a musty smell coming from the bench, it's a clear sign that you need to replace it.

Whether people want to admit it or not, there is something incredibly appealing about having a bench resting in your shower. This is especially true if you enjoy soaking in the luxury of having a shower's gentle waterfall all over your resting body. That's why teak shower benches are in vogue and why interior designers are now turning their attention to them.

Teak furniture of any type is considered to be an investment, and rightfully so. Some people get concerned that the investment they're making won't be a worthwhile one. Of course, there's always a little worry that the bench in question won't last long enough to be worth the money. Thankfully, these benches last for years, if not decades. So don't get too worried; they're worth it.