There are different guidelines and consequences, or no consequences at all, depending on the jurisdiction. Guidelines are not laws. You probably wonder whether a landlord can limit the number of occupants. You also want to know how long a guest can sleep at your apartment before they are deemed an occupant. We will answer those questions and talk about the differences between laws and regulations. Keep reading to learn more! 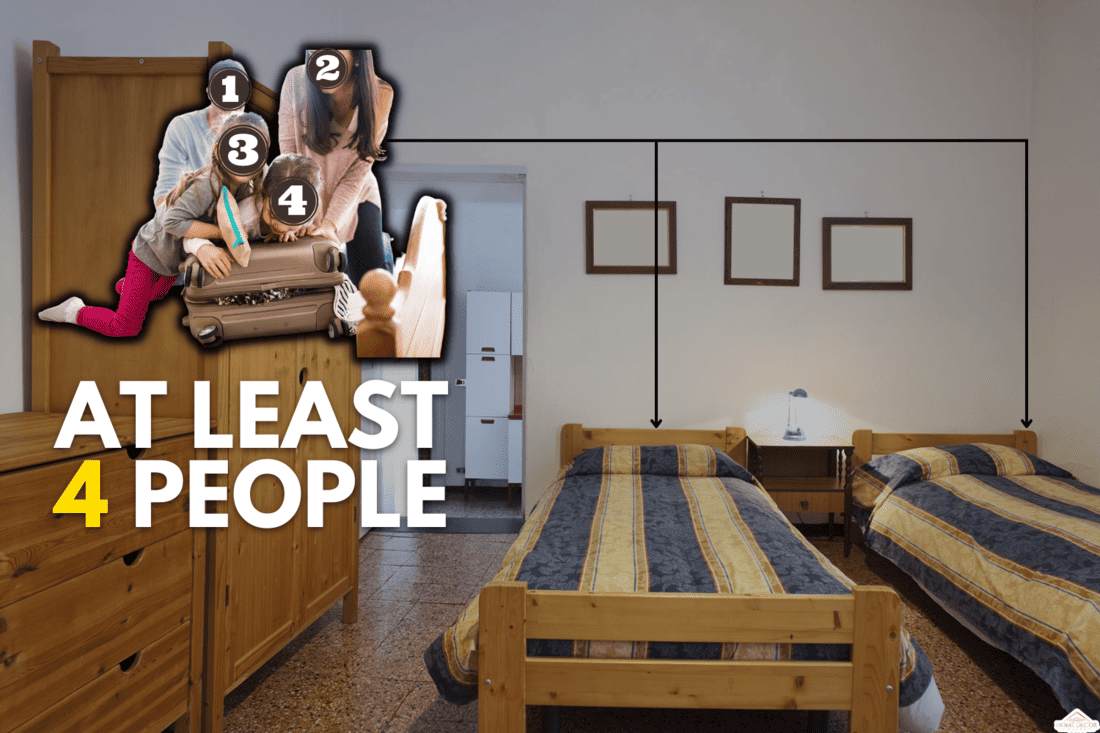 How Many People Can Live In A 2-Bedroom Apartment?

This is not an easy answer because federal, state, and local governments can all impact the maximum number of occupants. For your area, you need to look at your city, county, and state laws. Laws may be written vaguely to include exceptions for certain circumstances. A family that needs housing should not be excluded from consideration if the accommodation is reasonable. 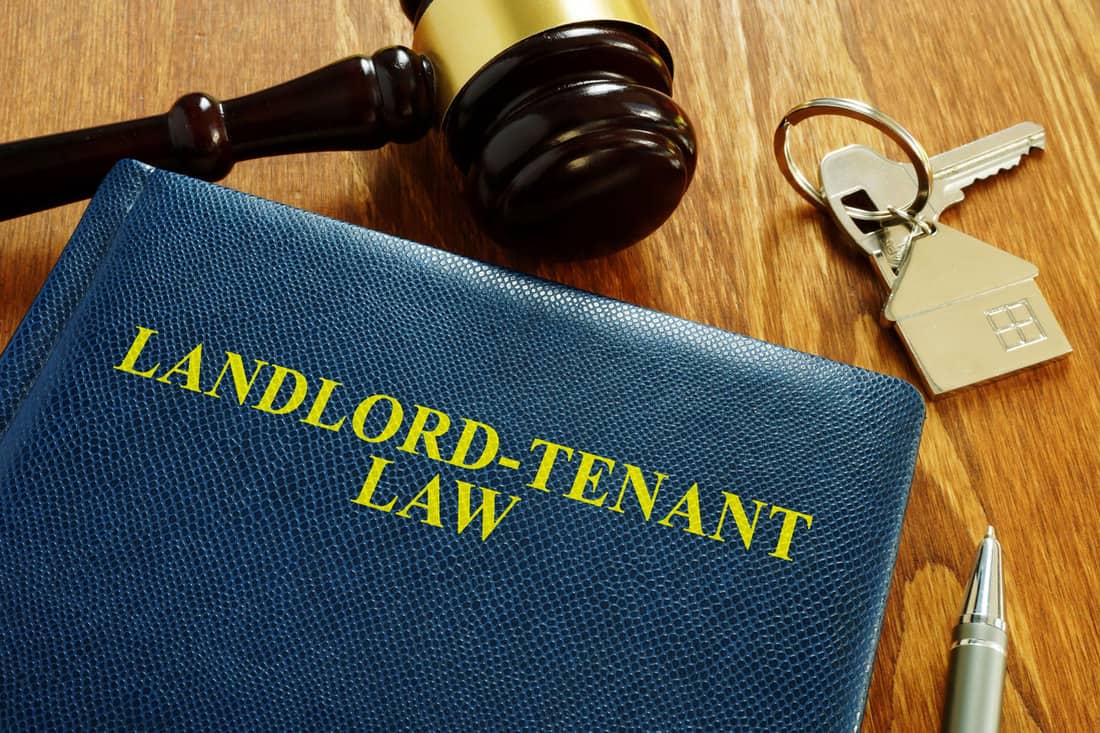 If your rental unit is a house with rooms in the basement, certain requirements need to be met to classify rooms as legal bedrooms. Your family may have plenty of space to live in the unit with the basement rooms, but it has to be considered a legal bedroom, safe for occupancy with an adequate fire escape route. For more information about basement bedrooms, read "Do You Count Bedrooms In The Basement?" 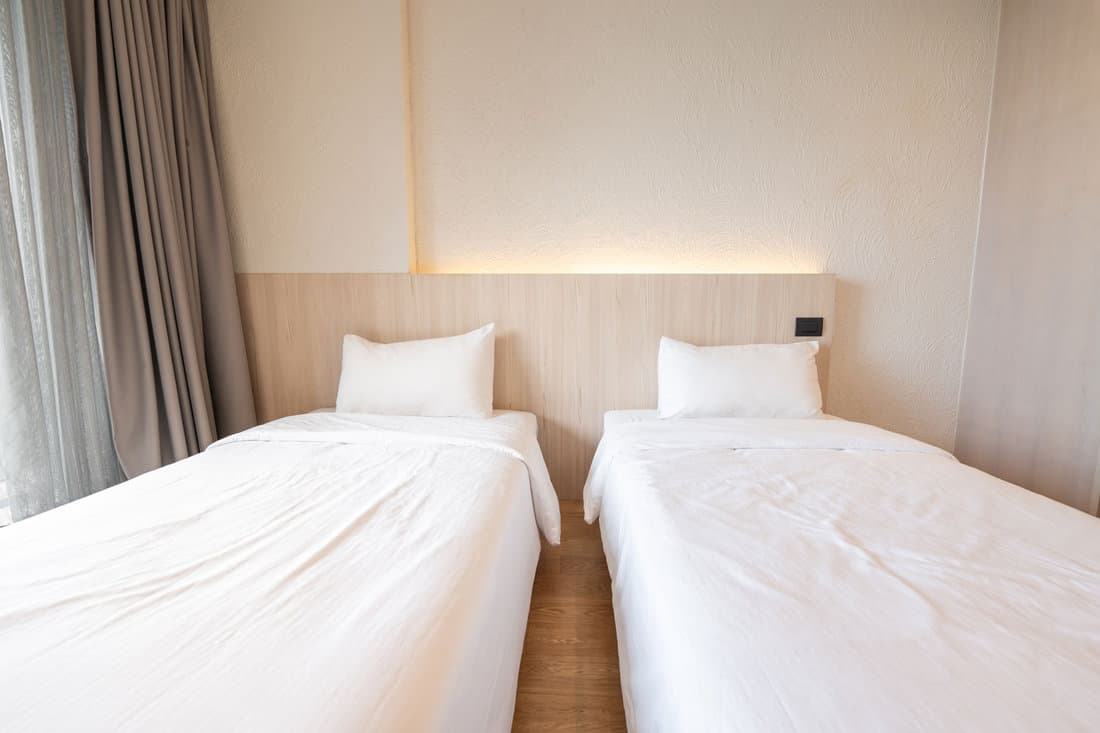 We discussed how many people can legally live in an apartment, which varies based on local jurisdictions. Comfort is a different concern that varies from family to family. The unit's total size and the individual rooms can determine whether you feel cramped or comfortable. The number of bathrooms is an important consideration when deciding if the unit is the right size for your family.  A 2-bedroom house with only one bathroom will feel small for a couple with two teenage children.

There are some tricks to making your home or apartment look bigger. Check out the post What Color Curtains Make A Room Look Bigger?

Can A Landlord Limit The Number Of Occupants? 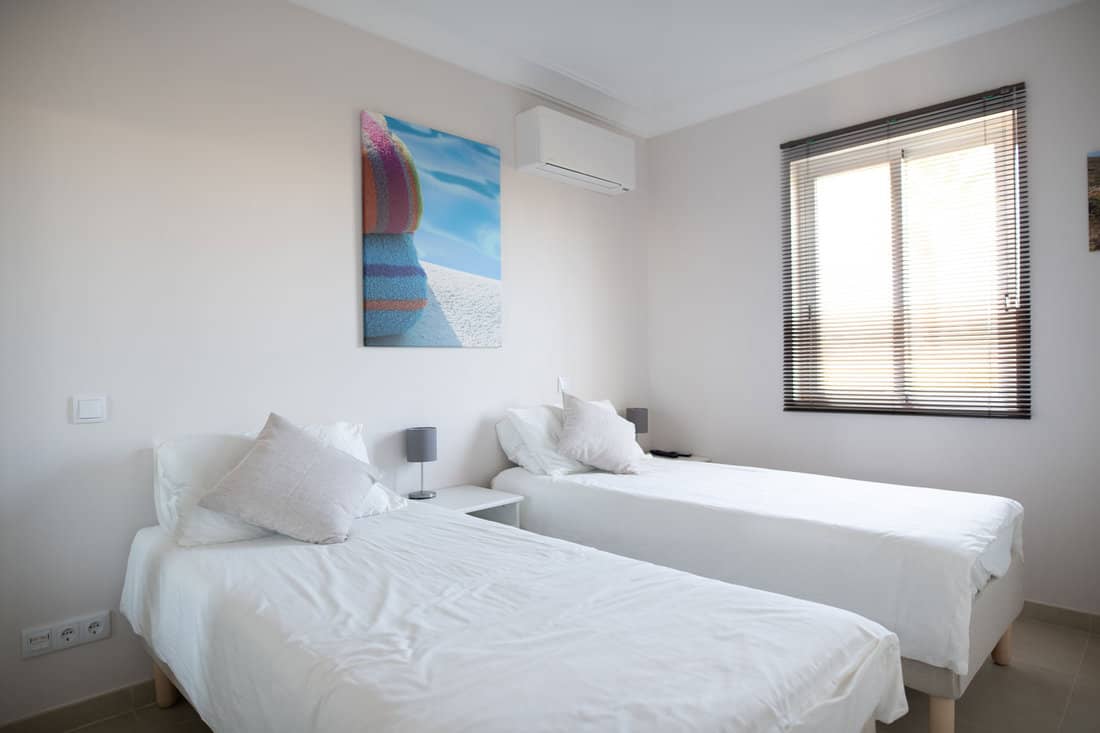 A landlord can limit the number of people allowed to occupy their rental unit as long as they comply with all federal, state, and local housing laws. The Fair Housing Act requires a landlord to allow at least two occupants per bedroom unless a lower number can be justified. It is very difficult for a landlord to get around the Fair Housing Act and prove that two people should not occupy each bedroom. Two people per bedroom is a standard, but not a hard and fast law. The law states that occupancy requirements should be reasonable.

According to the Fair Housing Act, a landlord cannot discriminate based on familial status. If a couple has a baby and wants to live in a one-bedroom apartment, the landlord cannot deny this application based on having three people living in the apartment. The bedroom and unit may be large, while the baby will not require its own room. Furthermore, extra rooms classified as an office, loft, or den can be considered bedrooms for occupancy purposes. A landlord has to consider the size of the property and what is reasonable.

Click to buy the book on Managing Rental Properties at Amazon.

At What Age Is A Child Considered An Occupant? 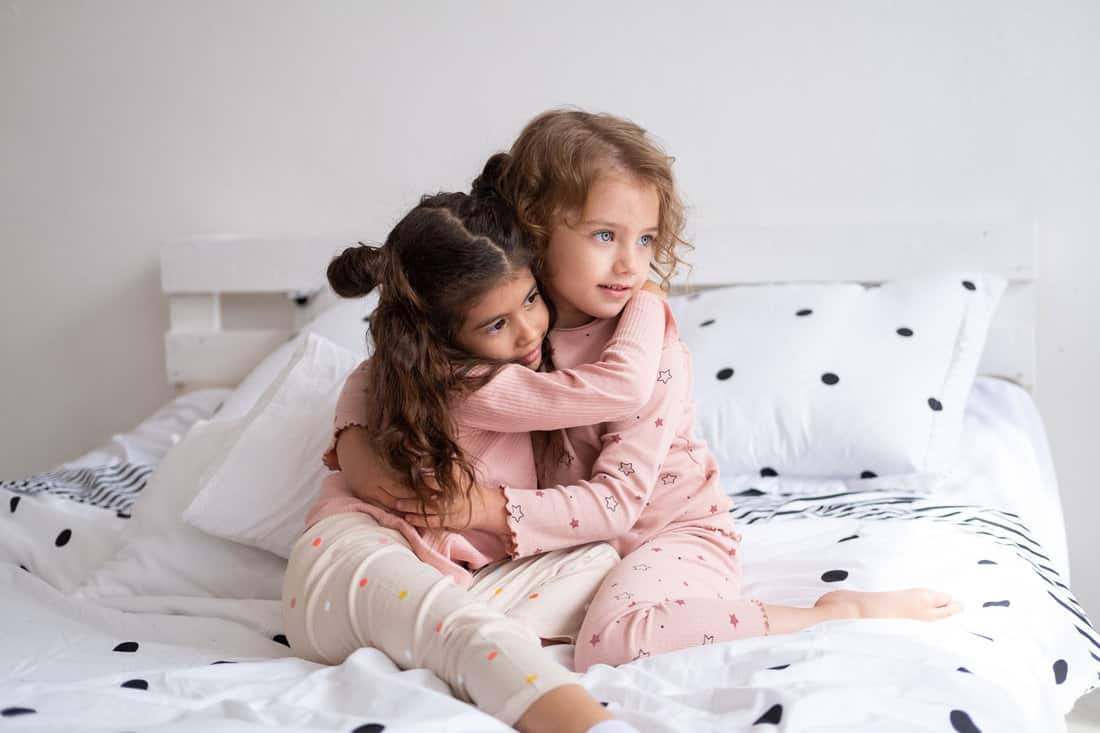 Children are considered occupants, no matter how old. The Fair Housing Act does not allow landlords to discriminate against familial status, so the number of occupants allowed must be reasonable. If a couple living in a one-bedroom house has a newborn baby after moving in, the landlord does not have the authority to charge extra rent or require them to find new housing. Of course, a baby does not require the same amount of living space as a teenager.

Does Rent Go Up If Someone Moves In? 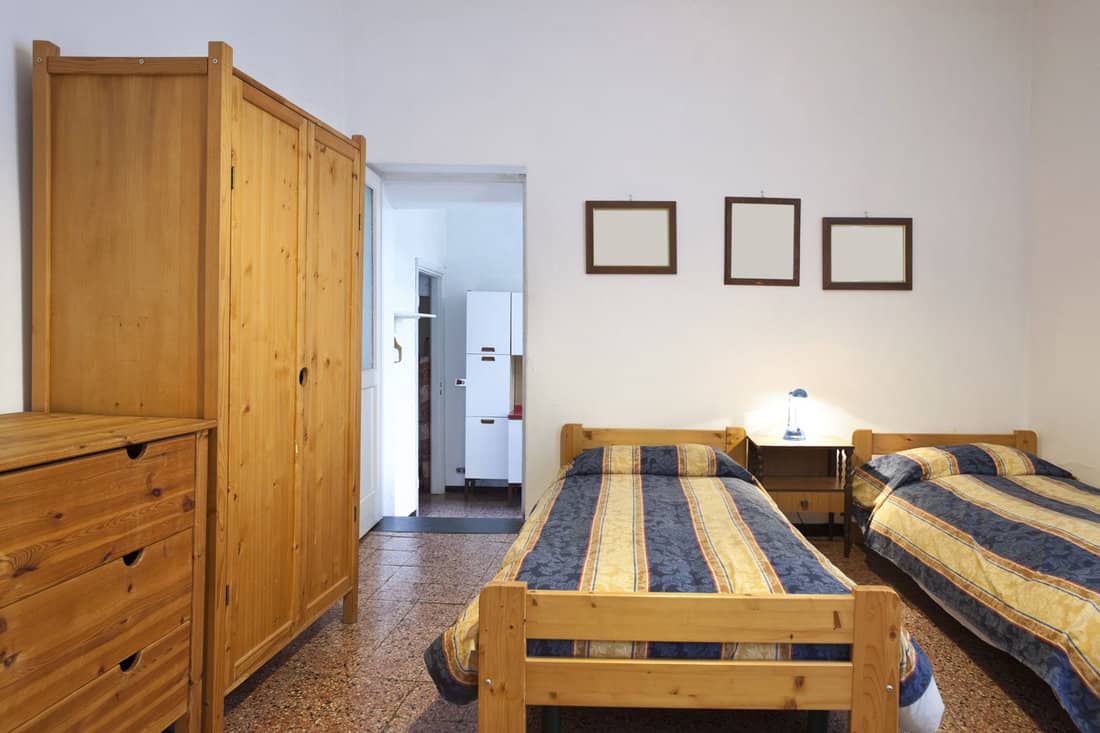 The rent may go up if an additional person moves into the apartment. This depends on the lease agreement and the terms within. Extra occupants do cause more wear and tear on the apartment, so it is reasonable to do so if the lease contract states an additional occupant fee. Many landlords require all occupants to be listed on the lease agreement. Your lease terms likely require you to disclose any changes to the occupants in the unit.

Someone can move in with a boyfriend or girlfriend without disclosing it and without having any issues. The problem is that not disclosing this to your landlord could be a violation of your lease agreement. If you violate your agreement's terms, then the landlord is within his or her rights to evict you from the property.

How Long Can a Guest Stay In An Apartment?

This varies based on the lease agreement, local laws, and regulations. A landlord cannot limit the number of guests a tenant invites to the unit. The lease agreement may state a certain number of consecutive days or total days that a guest can live in an apartment before they are considered an occupant. Some regulations constitute someone an occupant if they stay five to seven consecutive nights or 14 or 15 total days in a six-month period. You or your significant other may be technically occupants of two properties.

In most cases, the landlord will not be concerned about running background checks if your significant other stays over regularly. The lease agreement is written with the occupancy clause to protect the landlord if a guest becomes disruptive or destructive. A landlord can reasonably require a guest to leave the premises if they are causing disruptions in the neighborhood or harming the property. An apartment complex will be unlikely to know how many guests stay in one unit unless they get called to your unit for maintenance work or disturbances.

The number of occupants allowed to live in a 2-bedroom apartment is most likely four or five, depending on your local laws and regulations. It also depends on the age of any children, the house's size, and whether there are additional rooms that could be classified as bedrooms. These details will be within your lease agreement. Texas has the most lenient laws that allow for three occupants for every bedroom in a unit. Local jurisdictions and landlords can have more stringent requirements as long as they don't violate the Fair Housing Act.

If a landlord does not allow at least two people per bedroom, they are likely to violate the Fair Housing Act. They would have to prove that it is reasonable to limit the occupants of this apartment. A landlord has the ability to require any guests to sign the lease if they stay for a certain number of consecutive days or a certain number of days in a six month period. You may be an occupant of two different apartments, but your landlord and lease agreement will determine if you violate your contract. 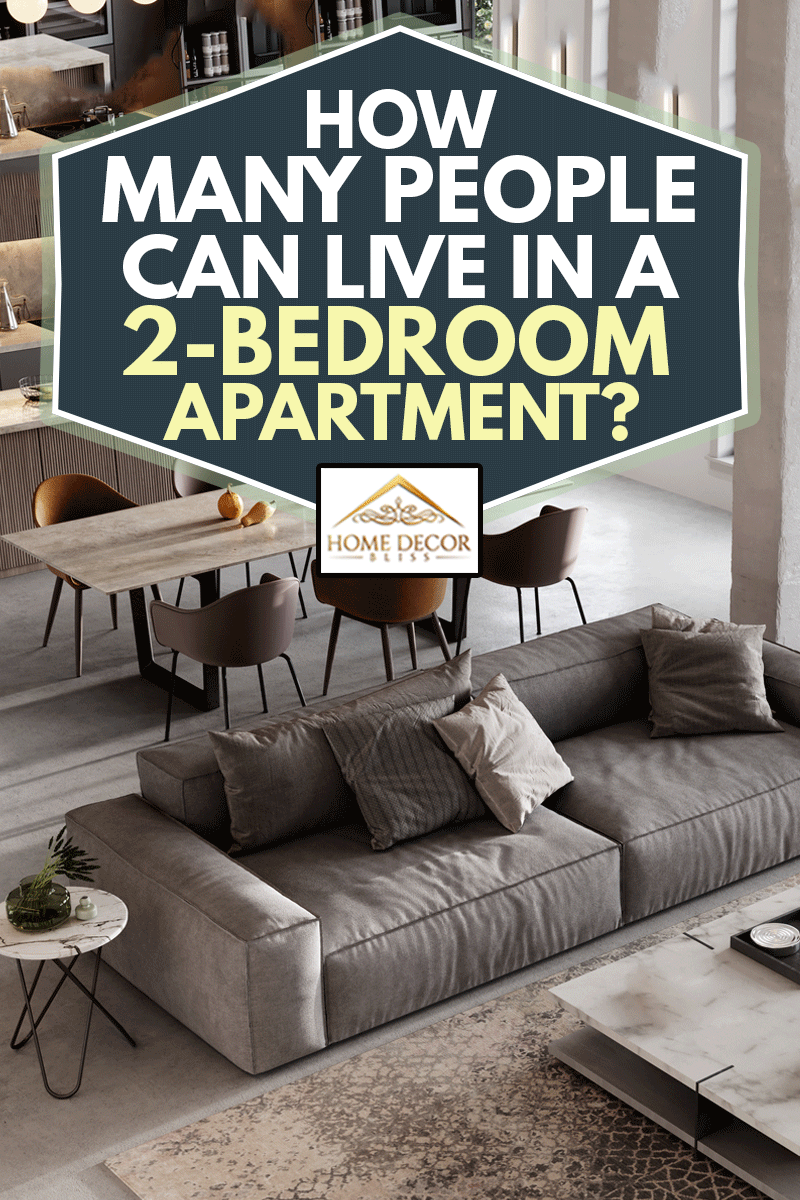