You find your Hunter ceiling fan in your living room so durable that you want to buy the same model for your guest room. But you can't proceed to get one since you no longer have your user manual, and you don't know where to look for the model number of your ceiling fan. Well, you're on the right page! We've asked the experts about your Hunter ceiling fan concern, and here's what they have to say. 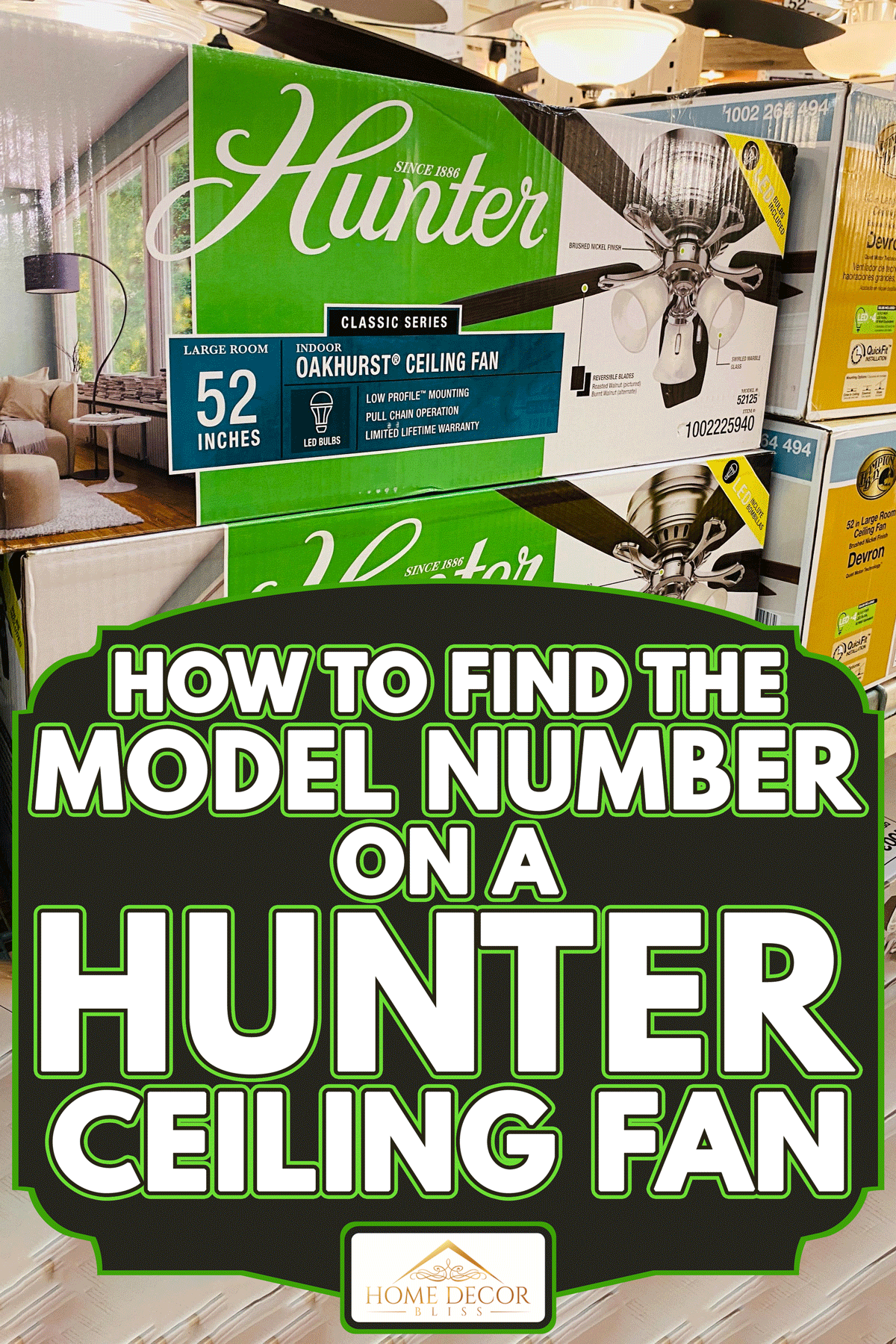 There are several places you can search to locate your Hunter ceiling fan model number. One is the outside of the packaging or the fan box's lower corner if you still have it. The model number can also be found in the lowest corner of the user's manual. Or you can check your receipt in your email if you purchased your fan online.

If you don't have any of the above, look for the number on the fan itself. With downrod mount fans, you'll have to look for an ID sticker on the top of the motor housing; you'll see the number right next to "MOD." To get the number, you may use a smartphone or a mirror. The ID sticker for low-profile fans, on the other hand, can be found on the mounting bracket.

Watch this Youtube video for a visual guide on how to locate your Hunter ceiling fan model number:

Where Are Hunter Fans Made?

Hunter fans are made in Memphis. Being the world's first ceiling fan maker (having been founded in 1886), Hunter Fan is the world's leading manufacturer of ceiling fans and other home comfort items. In the late 1880s, John Hunter and his son James developed a revolutionary, effective method of cooling people, and the Hunter Fan Company was established.

For more than 60 years, its corporate offices and production plant were situated on Frisco Rd., just off Airways Blvd., near the Memphis International Airport.

What Makes The Hunter Original Ceiling Fan Stand Out?

The Hunter Original® fan design goes back to the start of the 20th century, and it continues to provide exceptional performance. The thick cast-iron housing not only reduces fan wobbling but also draws heat away from the motor's electrical components.

The Original's motor is bigger than any other ceiling fan motor, making it the most powerful. The blades may now be pitched at a 15-degree angle, resulting in more air circulation and less noise. 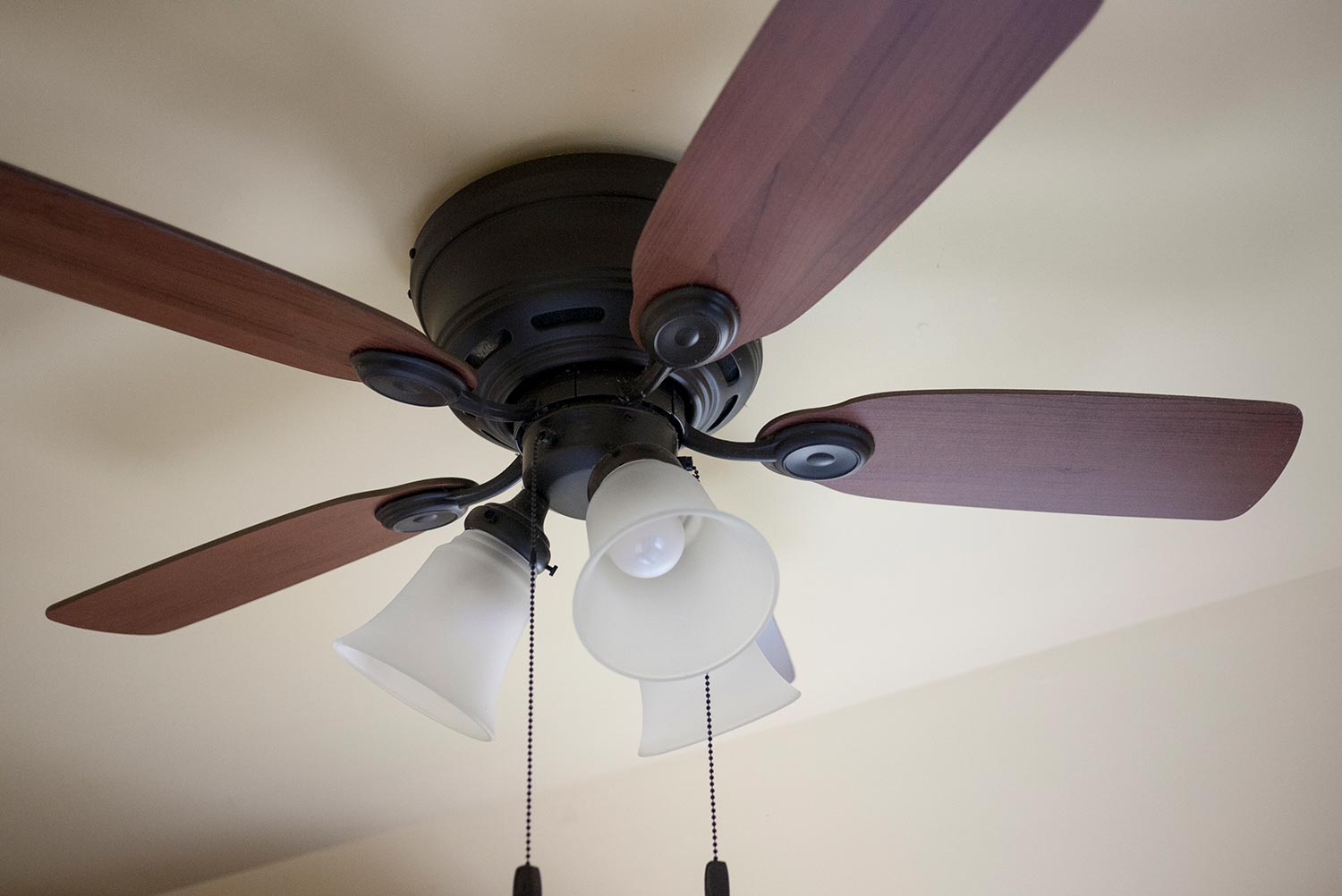 How Do I Know What Size Ceiling Fan I Have?

The diameter of a ceiling fan determines how much air it circulates. More spacious rooms require larger diameter fans, while smaller areas necessitate smaller diameter fans. Here are some examples:

Small ceiling fans ranging from 30 to 48 inches work well in rooms of 100 square feet or fewer. Fan models with a small diameter are perfect for home offices and laundry facilities.

With 400 square feet or fewer, medium ceiling fans in the 48-54 inch range will definitely perform well. Living spaces, bedrooms, and kitchens benefit from these medium-diameter fans.

How Much Does A Hunter Original Fan Weigh?

The weight of the Hunter Original fan is 50.15 lbs, as specified in the user manual and also on their homepage.

The Original was one of the first electric ceiling fan designs in the early 1900s. Throughout the years, no matter its weight, it became one of our first fans with the capability to reverse motor direction for the winter and to receive a SureSpeed® Guarantee. 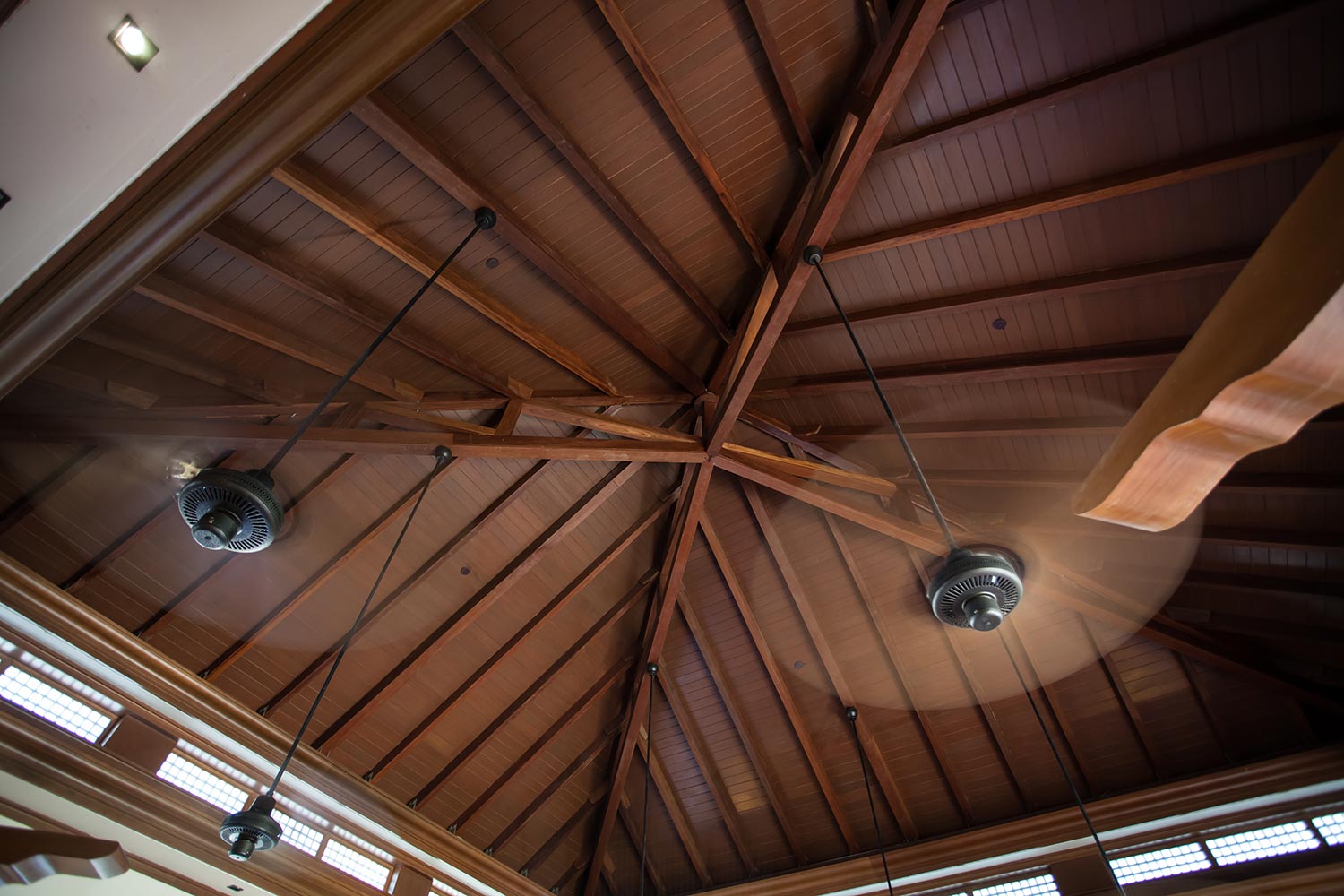 What Are Hunter Original Series Fans?

The ultimate goal of Hunter Original® was to provide a long-lasting durable ceiling fan, the reason why individuals say their Hunter Original fan has hung in their home or company for 20, 30, or even 40 years.

Cast iron materials were widely employed since pre-World War II, and an oil bath lubrication system was used on a variety of items, including ceiling fan motor bearings, to keep machine parts moving smoothly and silently. It has continued to preserve these materials true-to-design in the Original to this day with a durability that is unrivaled.

The Hunter Original series fans include the following:

Does My Hunter Ceiling Fan Cover For A Limited Lifetime Warranty? 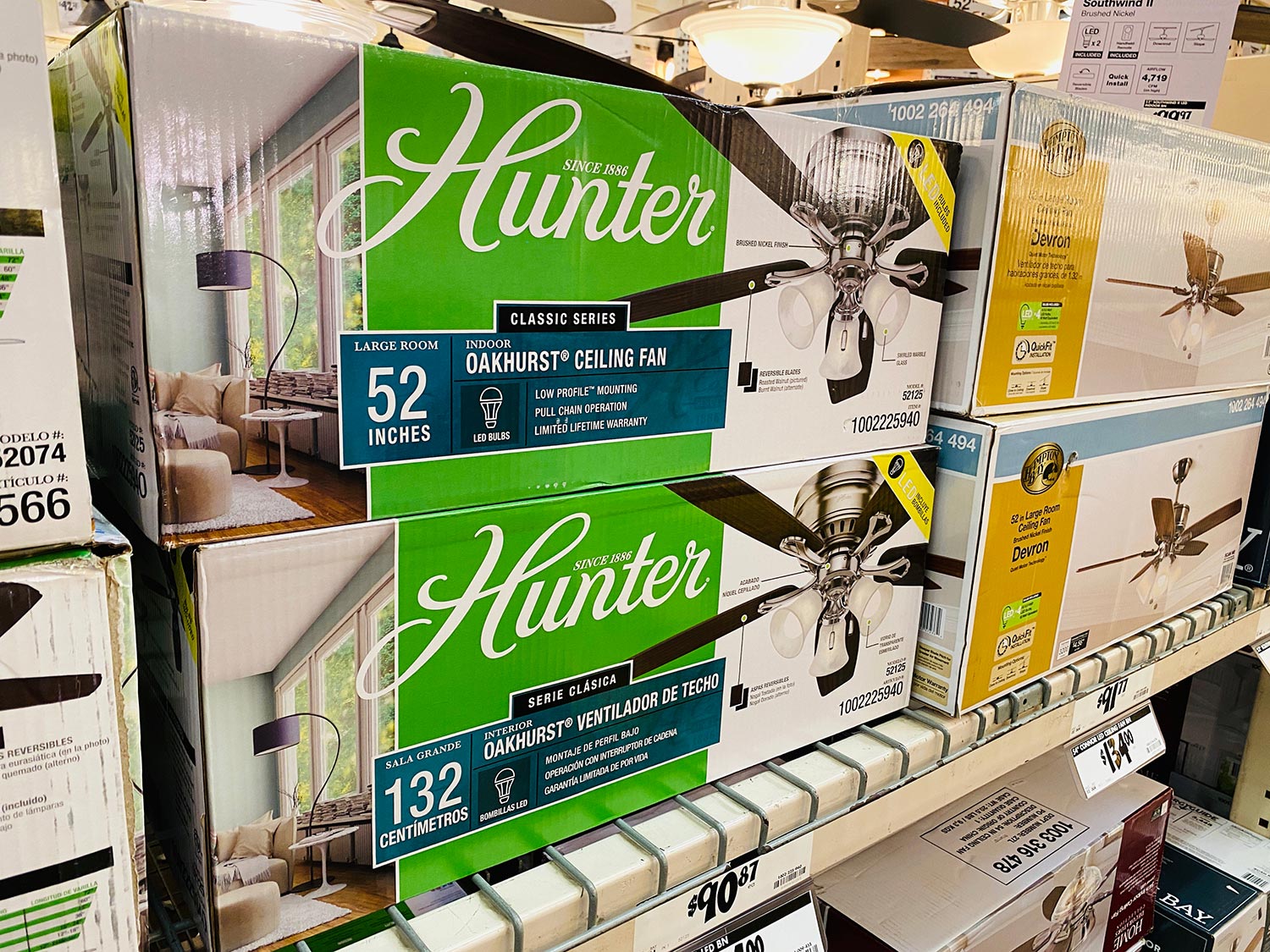 The original purchaser must present a sales document or other receipt document that serves as proof of purchase. Hunter may accept a gift receipt at its discretion.

What Is Covered By This Warranty?

What Is Not Covered By This Warranty?

A ceiling fan should last between 6 and 10 years, with 8 years of average service life. Most ceiling fans nowadays are sealed, but some needed an annual oil change at a port near the downrod on the top of the motor casing. Additionally, an exterior-rated ceiling fan will have a shorter lifespan.

These estimates are, of course, contingent on the quality of the fan and how often it is used. 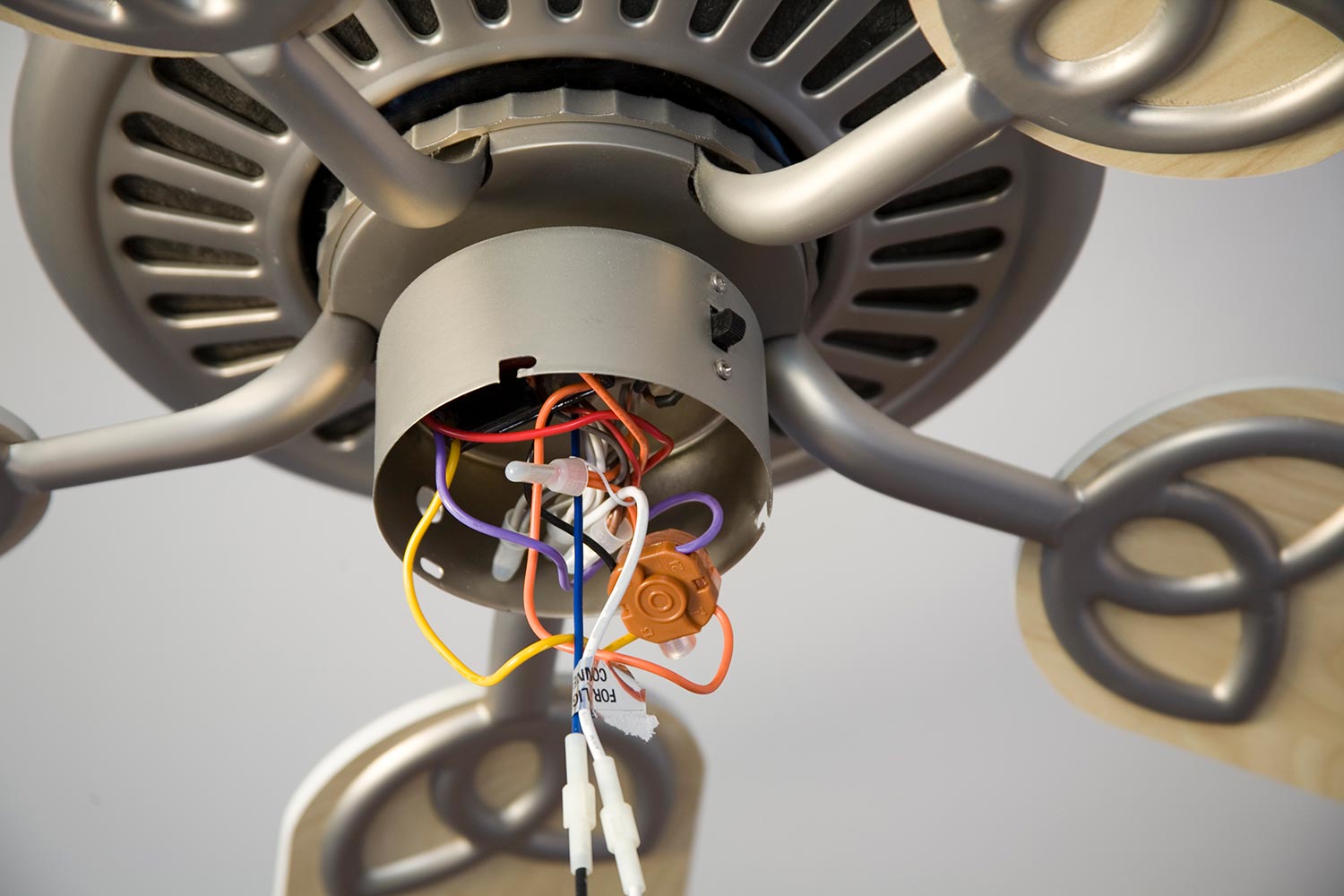 When Should A Ceiling Fan Be Replaced?

There are no clear indicators that it needs to be replaced. These initial indications below, however, should be investigated:

One thing to keep in mind is that the most costly is not necessarily the best. After all, you can't judge a fan's quality only by its price.

We hope that having this new information refreshes your mind and will benefit you in some way when it comes to purchasing a ceiling fan.

Before you go, check out these other posts that you might find helpful: