Using Febreze over a long period can trap odor in rooms, clothes, and furniture, as well as on the couch. For some people, Febreze-made smells are disgusting. So, what's the best way to get rid of that Febreze odor, especially on the couch? We've researched strategies to eliminate this odor. In this post, we will discuss them with you.

The Febreze smell is challenging to eliminate. Here are several strategies that you can follow to remove the smell from your couch:

If you have been dealing with a lingering Febreze smell on your couch, this post is just for you. Continue reading to learn how to get rid of this stench on your couch, some alternatives you can use instead of Febreze and more. 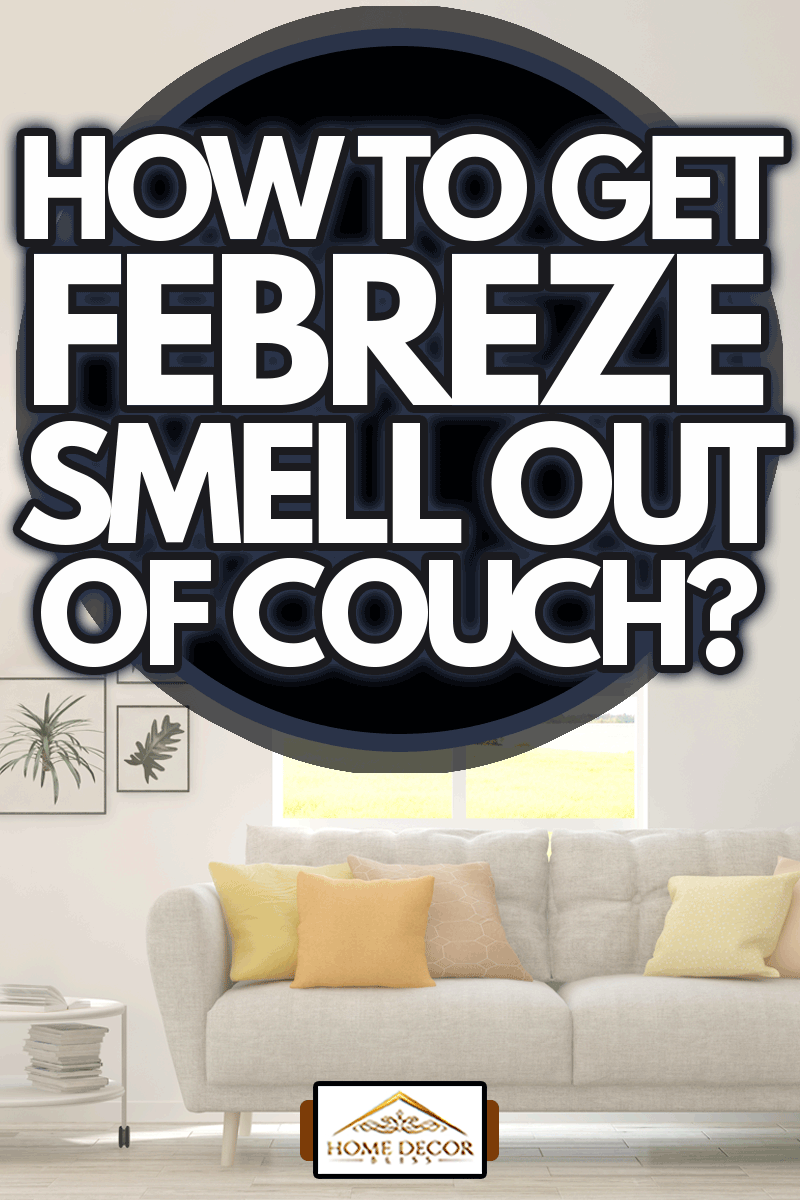 The Science in Febreze Smell 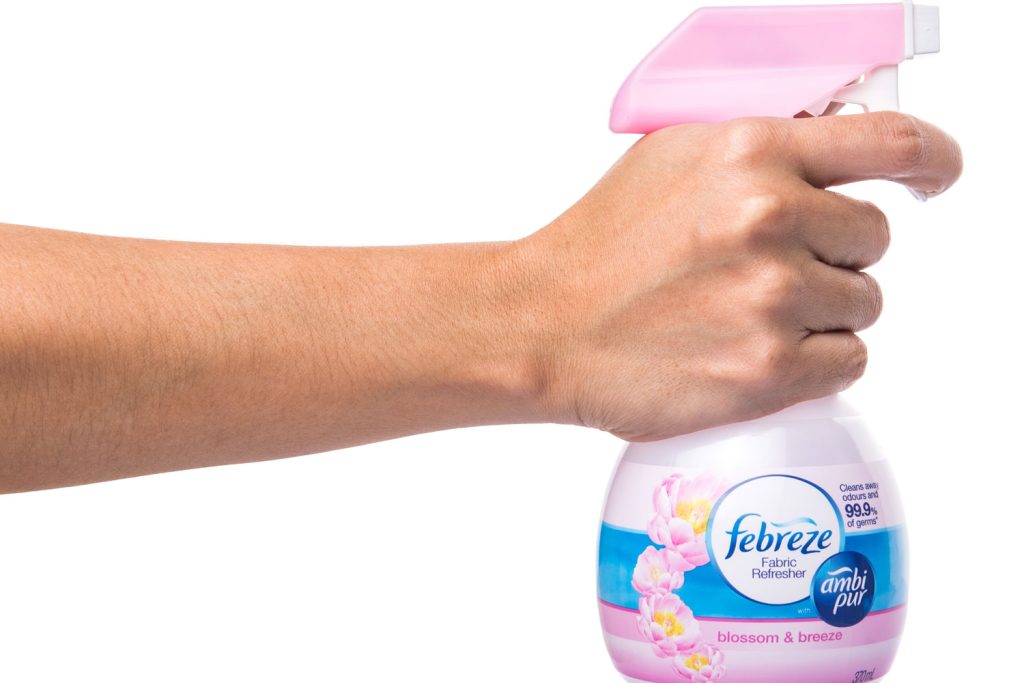 Febreze advertises "odor neutralizing" sprays that sound too good to be true. However, the claims of odor elimination are backed up by some pretty amazing chemistry.

Smells are caused by molecules that evaporate into the air and activate receptors in our noses, alerting our brains to the presence of specific particles. Since smell is made up of these tiny matters, it can't be destroyed according to the laws of physics.

However, Febreze does more than just cover these smell molecules. It uses cyclodextrins, which are chemical compounds that literally trap odor molecules.

These cyclodextrins are sugar-based compounds that trap this smell. Its hydrophobic core attracts and traps certain volatile aromas, such as rancid grease, within its funnel shape. That means they're no longer floating around in the air, and they won't trigger your odor receptors.

Meanwhile, Febreze mixes perfumes/scents to their products. Presumably, ones that are hydrophilic rather than hydrophobic, limiting their tendency to get stuck in cyclodextrin core. As a result, instead of neutralizing the odor, they mask these now-neutralized odors even more. That is why it smells like unidentifiable bad smells.

How to get Febreze smell out of the couch? 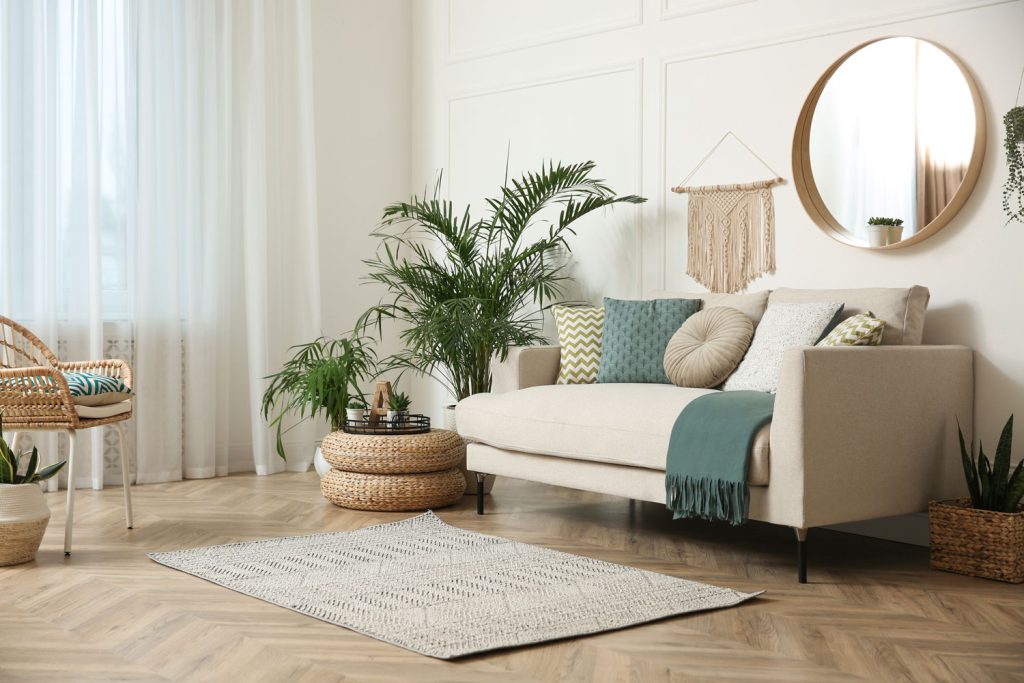 Some chemical odors, particularly oil-based plug-in fragrance chemicals like Febreze, can be difficult to remove. Any porous materials such as the couch that have been exposed for a long period are also challenging to remediate. The following are the strategies you can apply to eliminate the stench on your couch:

Baking soda is a natural adsorbent, meaning it can absorb odors when used correctly. You only have to sprinkle baking soda liberally over the couch you desire to freshen.

Baking soda takes time to neutralize as many odor-causing particles within the couch, so give it some time. It's ideal to leave the baking soda for an hour or two, but if you only put it a little, you could leave it on overnight.

After leaving it for a couple of hours, vacuum up all of the baking soda, and you will finally have a refreshed couch.

But if the odor persists, vacuum again and sprinkle baking soda all over, including the cushions, pillows, and even the rug underneath. This will deodorize the couch and combat any remaining odors. The odor-producing molecules will stick to the baking soda's crystal-like formations, neutralizing them and removing the odor from your couch.

White vinegar contains antimicrobial qualities and is effective at eliminating odors. To learn how to deodorize a couch, you must first clean the fabric thoroughly and eliminate the source of the stench.

Mix ½-tablespoon of liquid soap (dish soap is fine), ¼-cup of white vinegar (not white wine vinegar) and ¾-cup of water. Afterward, spray it thoroughly on the couch with a scrubbing brush. Scrub until the soap suds are gone using a bucket of clean water. Allow the couch to dry naturally or relocate it outside to speed up the process through sun drying.

Activated charcoal is a more effective adsorbent and odor remover than baking soda. However, you shouldn't use this highly purified charcoal dust directly on your couch because it can stain. Instead, acquire some activated charcoal freshener bags and stash them in the corners of your couch to aid with odor control.

After cleaning and deodorizing the couch, use an odor-absorbing spray that is designed to eliminate rather than mask foul odors. Many chemical-free fresheners are available online, but their effectiveness varies. Combining cleaning, all-natural ways mentioned above, and a commercial spray can be highly effective in combating bad odors.

Consider hiring a professional couch cleaner if you've tried all of these methods and your couch still stinks. It's a quick and easy way to refresh your couch with very little effort on your part. For couch cleaning services, expect to pay around $50 for a small couch to $200 for the large one.

How long does it take for the Febreze smell to go away? 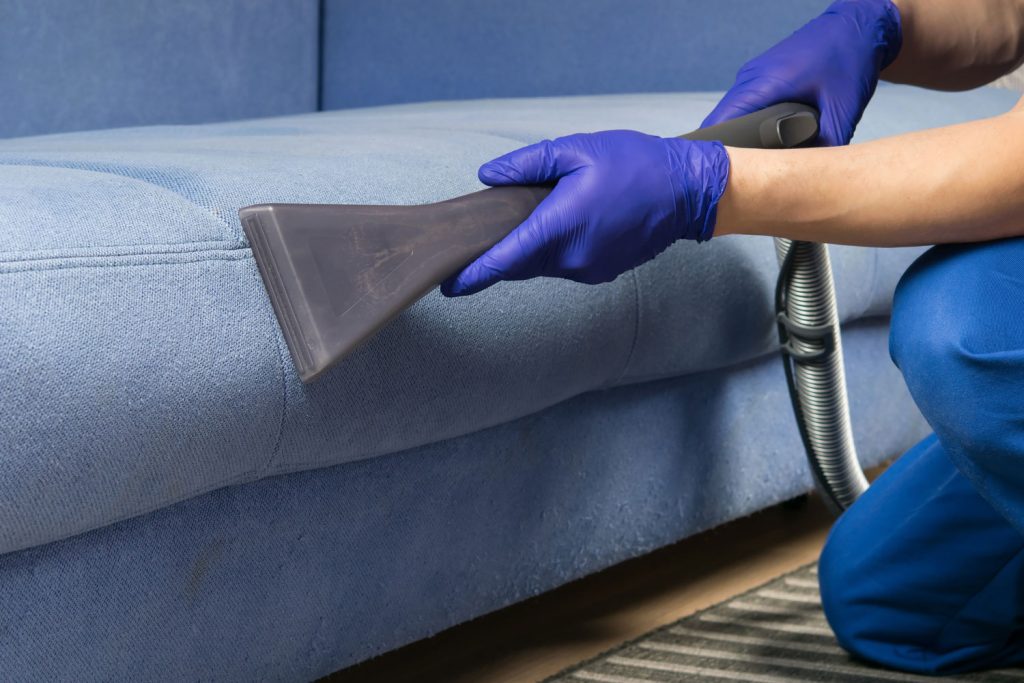 Febreze Fabric Refresher's scent isn't meant to last or linger for a long time. It should go away after the fabric dries, but it could last up to three weeks or more days, depending on how much or how you applied it.

Is Febreze toxic to humans?

According to the test of the Environmental Working Group (EWG), Febreze, like most synthetic air fresheners, emits several potentially harmful ingredients for humans. Below is the list of information on the chemicals discovered by the EWG from the Febreze:

In 2007, the National Resources Defense Council (NRDC) tested Febreze air fresheners and discovered that these products contain phthalates, which are hormone-disrupting chemicals linked to asthma in children. These ingredients were not disclosed in any of the products.

What can I use instead of Febreze?

As mentioned above, which is alarming, you might think to switch to more natural methods to absorb and remove odors. Here's the following:

There may be lingering odors or unpleasant odors in certain rooms, such as the stench of a couch. Rather than keeping these odors suspended in the air, open a window and let fresh air in.

Bad odors diffuse quickly in the fresh air, allowing them to escape the home. Using this method rather than using a room freshener to mask odors is usually a better deodorization strategy.

Nowadays, scented candles are popular for meditation, relaxation, aromatherapy, and home air freshening. When looking for a candle,  choose beeswax and soybean-made candles instead of paraffin-based candles to avoid toxic fumes. Because beeswax and soybean burn more cleanly. Also, go for pure paper or cotton wicks instead of metal core wicks because they release harmful toxins such as lead.

Check here to see this highly scented candle for home on Amazon.

Essential oils, many of which have antibacterial, antifungal, and antiviral properties, can be diffused to help purify as well as freshen the air. Simply boil some water, remove it from the heat, and add a few drops of lemon or eucalyptus essential oil. The oils' scent will pervade the entire space.

Lastly, keeping your home clean is another way to keep unwanted odors at bay. VOCs, mold spores, and other small toxic molecules thrive in the dust that surrounds your home. Regular vacuuming and the use of a non-toxic all-purpose cleaner can help a lot! 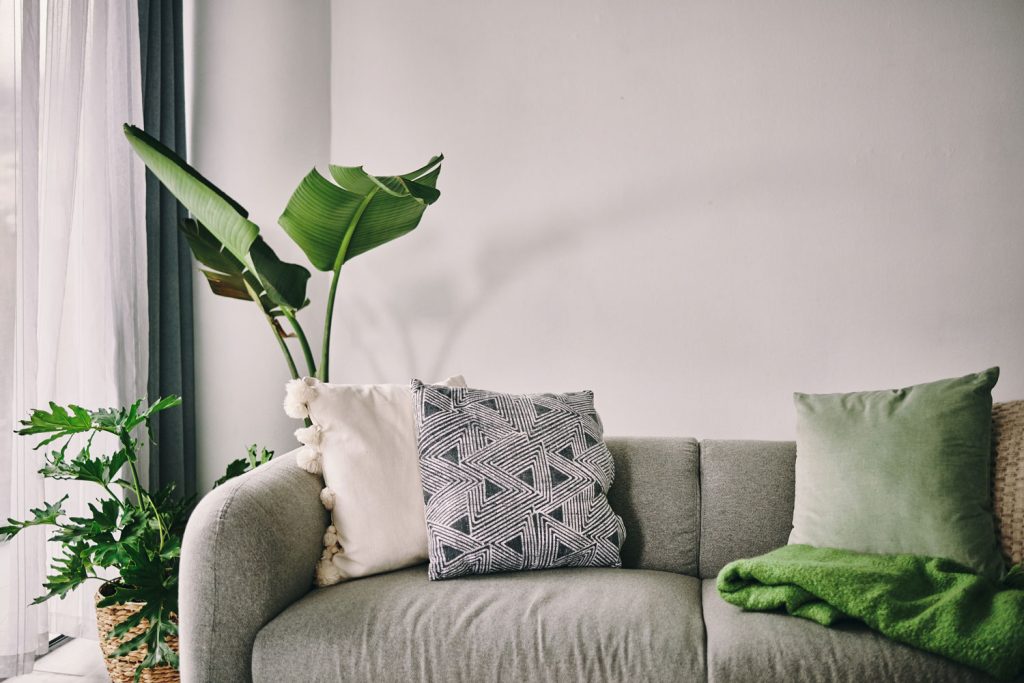 Even so-called "odor neutralizer" air fresheners can become foul over long periods of use and emit harmful pollutants into the atmosphere. Febreze has been linked to a variety of health problems, including headaches, skin irritation, and breathing difficulties. Therefore, you should eliminate the odor caused by Febreze. You can use baking soda, vinegar, activated charcoal, and a chemical-free air freshener to combat this stench on your couch.

Before you go, be sure to check out our other posts below, which are related to our topic in this article.

If you are smelling an unpleasant stench coming from your furniture, such as cigarette smoke, check out this post to learn  to get rid of it: "8 Methods To Get Cigarette Smoke Smell Out Of Fabric Furniture."

And if you have a bleach smell at your home that you don't like, you can check our other post to eliminate it: "4 Ways To Get Rid Of A Bleach Smell In The Bathroom."