Yeti offers reliable coolers that last. However, their latches usually leave more to desire. Within time, you'll find that they need to be replaced. Do you need help learning how to do that? If that's your issue, we've researched the topic to give you some answers.

Removing the latches on a Yeti cooler is a simple process. Before you start, you'll need a flathead screwdriver and a hammer. Then, do the following:

As you can tell, there are not too many steps involved. Nevertheless, it always helps to see what you need to do beforehand. Otherwise, you'll never know what can go wrong. If you'd like to explore each step in detail, keep reading. 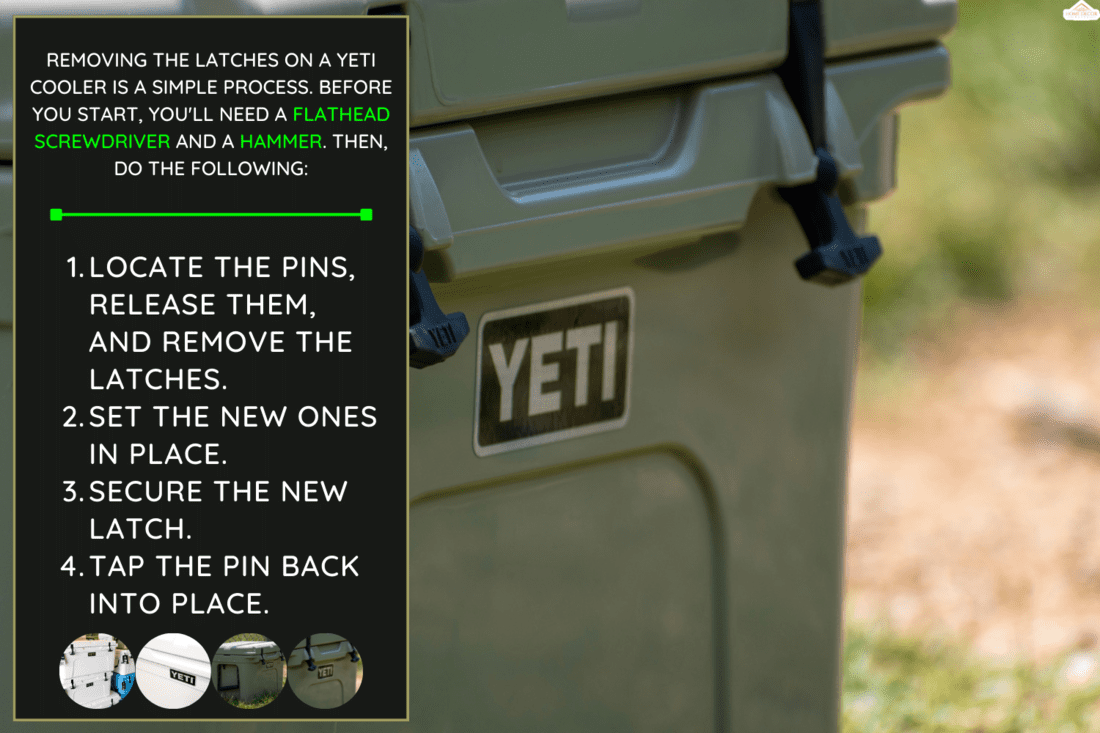 How To Remove And Replace Yeti Latches

Now let's go over how to remove the latches.

1. Locate The Pins, Release Them, And Remove The Latches

Start by locating the pins that hold the latches in place. They should be on the sides in front of the lid. 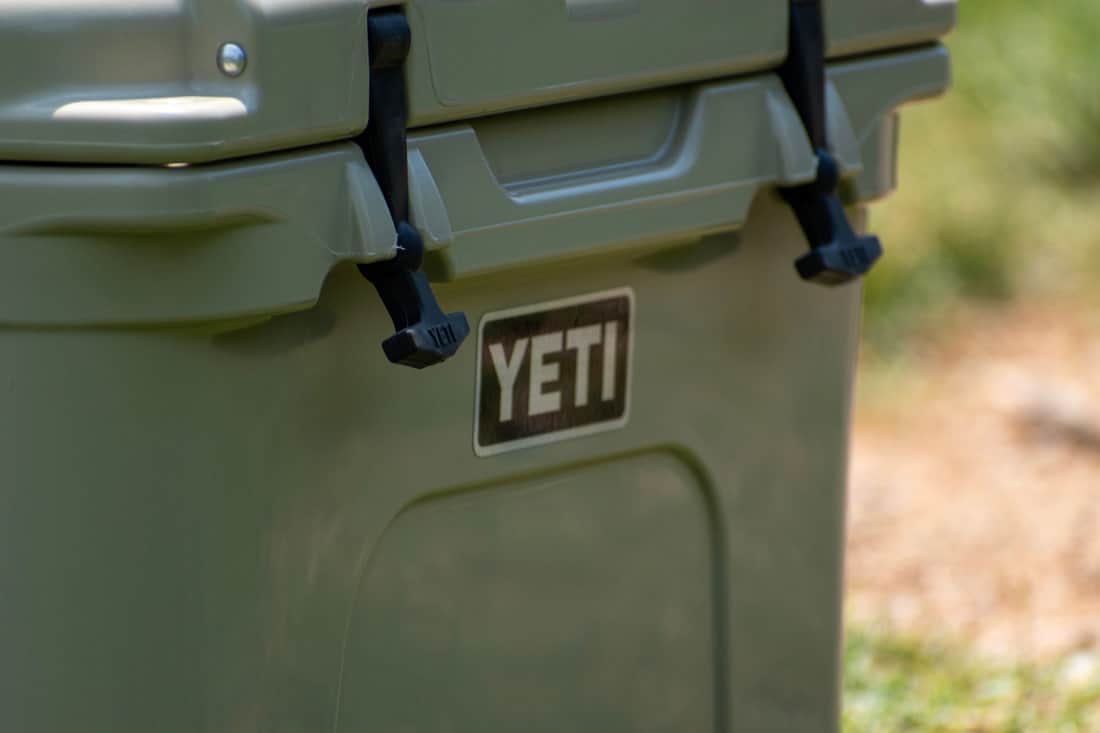 Some Yeti coolers have them tucked in more than others. However, they're hard to miss. The pins have round edges, and they're silver.

Releasing them involves using a flat-edge tool. You can attempt to remove it by hand, but tools work better. So, grab your flathead screwdriver and line it up with the inside edge.

Slowly push outwards to release the pin. At first, it takes some effort to push it out. However, it will slide out effortlessly once it comes near the end of it.

Avoid taking it out completely; it only needs to be loose enough to release the latch. Once the pin can move effortlessly, you're free to remove the old latch.

Pull on the latch, and it should come out without a problem. Though, some people may need to wiggle it out.

2. Set The New One In Place

Now it's time to take out your new pair of Yeti latches. Take the side with the hole and fit it into the groove. Of course, you might need to wiggle it in place. Otherwise, it should go in effortlessly. 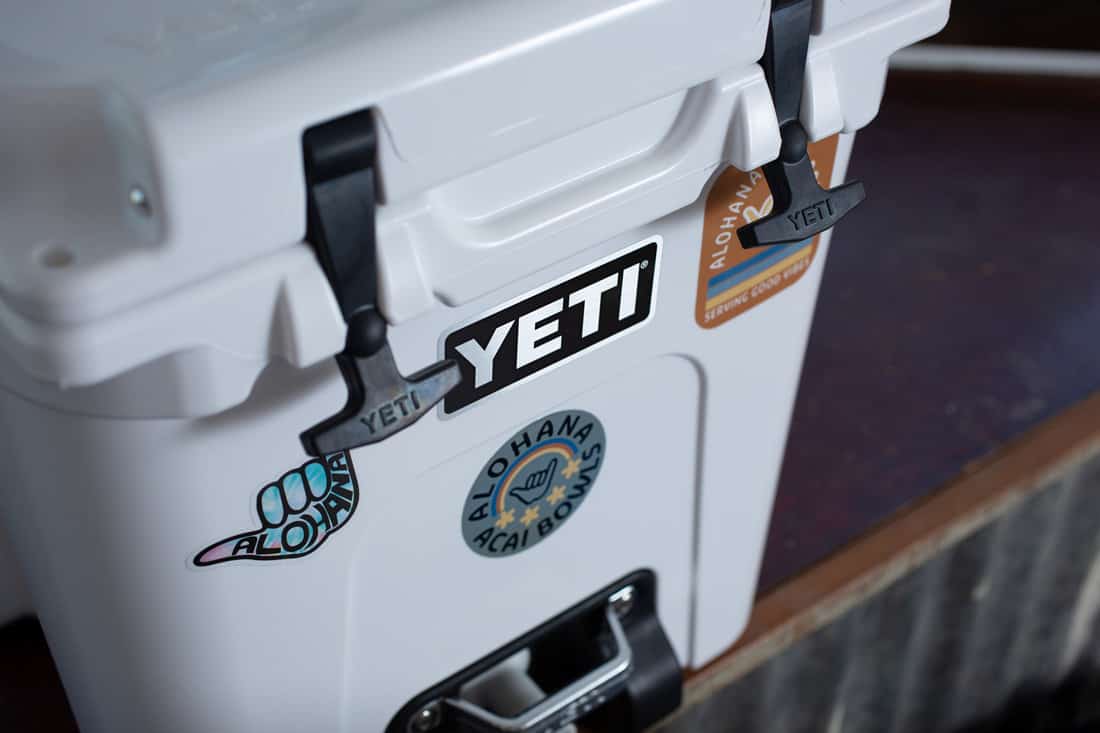 The difficult part of this process is securing the new latch. You'll need to push the pin back in through the latch's hole. Yet again, we have to wiggle it around it.

It's worth noting that there's a correct way to set the new latch. More specifically, take a look at the side. One side is angled higher than the other; the side with the higher angle should face upward.

It shouldn't take more than a couple of tries to get it through. Once the pin is through the hole, push it in as far as possible. At some point, you won't be able to push it by hand anymore.

4. Tap The Pin Back Into Place

Finally, use a hammer to push the remaining part of the pin inside. Be careful with how hard you hit it; the pins aren't the most sturdy.

Tap the pin all the way inside. Once you finish with one side, you know what to do for the other! That's all it takes to replace their latches.

Here's an instructional video from Yeti: 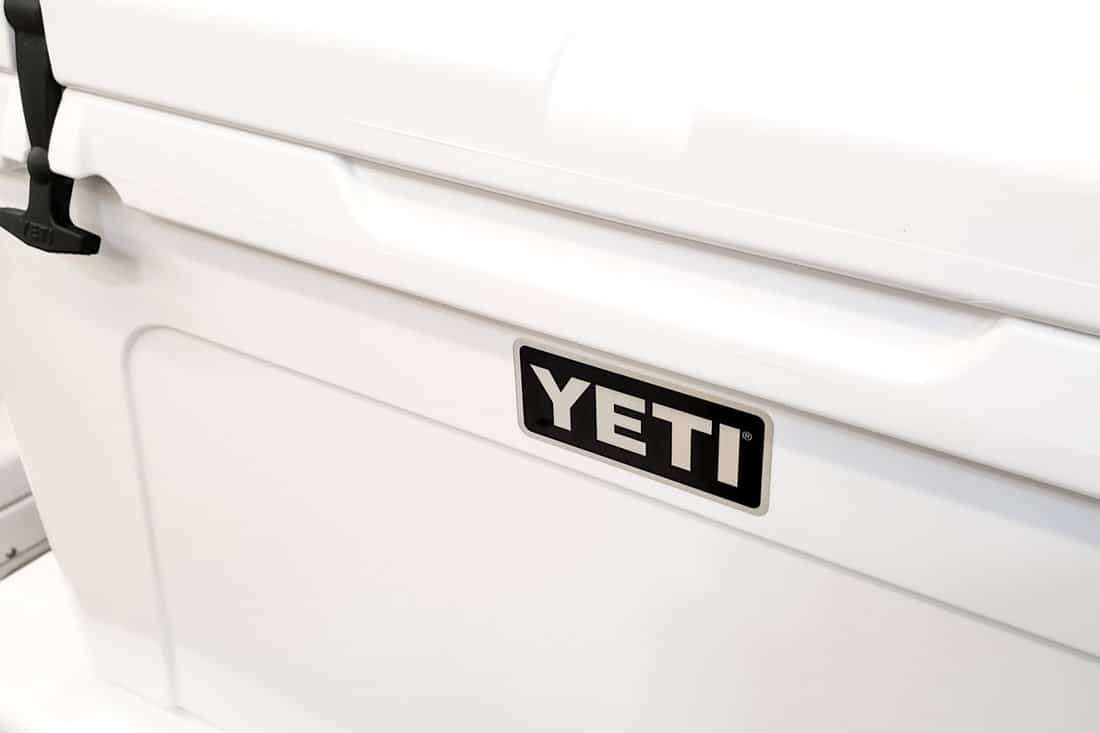 At this point, you might be wondering it there's an alternative way to remove the latches. After all, replacing them sounds simple enough. Why would there be a need for an alternative?

As it turns out, the metal Yeti uses for their pins is soft. So, if you use a flat-edge screwdriver, there's a chance the edges might chip off. If there's no edge to release the pins, we'll need to find another way.

Thankfully, some users were quick to provide a solution. The method remains relatively the same. Instead of a flat-edge tool, we'll need pliers.

Let's go over the process.

Instead of releasing the pins from the sides, we're shifting our focus toward the latches. So, grab a box cutter and cut the rubber off.

Pull the old latch out, and we should be able to see the pin.

For the next step, we'll need a pair of pliers. It should be thin and sturdy enough to handle a hit from a hammer.

If the pliers are too thick, you won't have enough space to move the pin outward. In any case, take the pliers and hold onto the pin. Use your other hand to hammer the pliers outward.

Continue this process until enough of the pin is out.

Take the new latch out. Then, push it into the groove with the higher-angled side facing up.

Push the pin inside as far you can, and finish it by hammering it in. If you need a visual demonstration, here's a video to help:

What Are Yeti Latches Made Of?

Click here to see these YETI latches on Amazon.

Yeti takes pride in providing coolers that can last a while. All the materials they use can take a beating. So, what material do they use for their Yeti latches?

As far as we can tell, Yeti uses heavy-duty rubber. There's nothing more to it than that.

Do Yeti Products Have A Warranty? 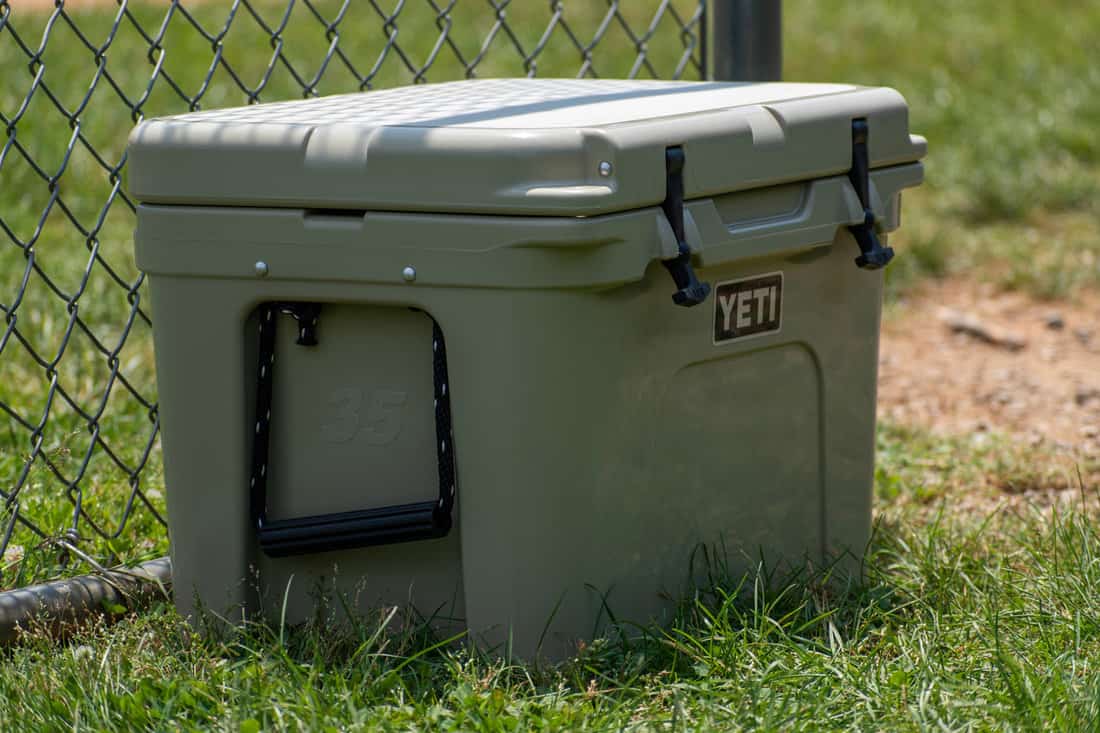 Yes, Yeti provides a warranty for all of its products. However, how many years of coverage you get depends on the item. For example, their Tundra coolers have a five-year warranty.

Their smaller coolers—Yeti Hopper—only get a three-year warranty. To submit a claim, you need to meet the following conditions:

Is YETI A Chinese Company?

There are many coolers on the market. If you look closely, a lot of them come from Chinese companies. To some, it's not a big deal. However, others do care.

Is YETI another Chinese company? No, they're an American manufacturer that specializes in outdoor products.

They're a luxury brand in the cooler market. However, that's not to say YETI makes all its products in the United States. According to their FAQ, the Tundra coolers are manufactured at facilities located in Wisconsin and Iowa.

However, some of them may come from facilities located in the Philippines. Other products—like their Hopper coolers and Rambler drinkware—are made in China.

Why Is YETI Pulling From Lowe's?

If you haven't noticed, YETI products are no longer available at Lowe's. So, buying a new pair of latches isn't as easy as heading to your nearest store anymore. Why did YETI end their partnership?

As it turns out, YETI pulled out from its partnership with Lowe's around February of 2022. Their reasoning? It's a shift in YETI's sales strategy.

They're focusing more on their own sales channels. In other words, they're primarily selling YETI products from their own outlets. You can head to a physical YETI store or purchase their products online. 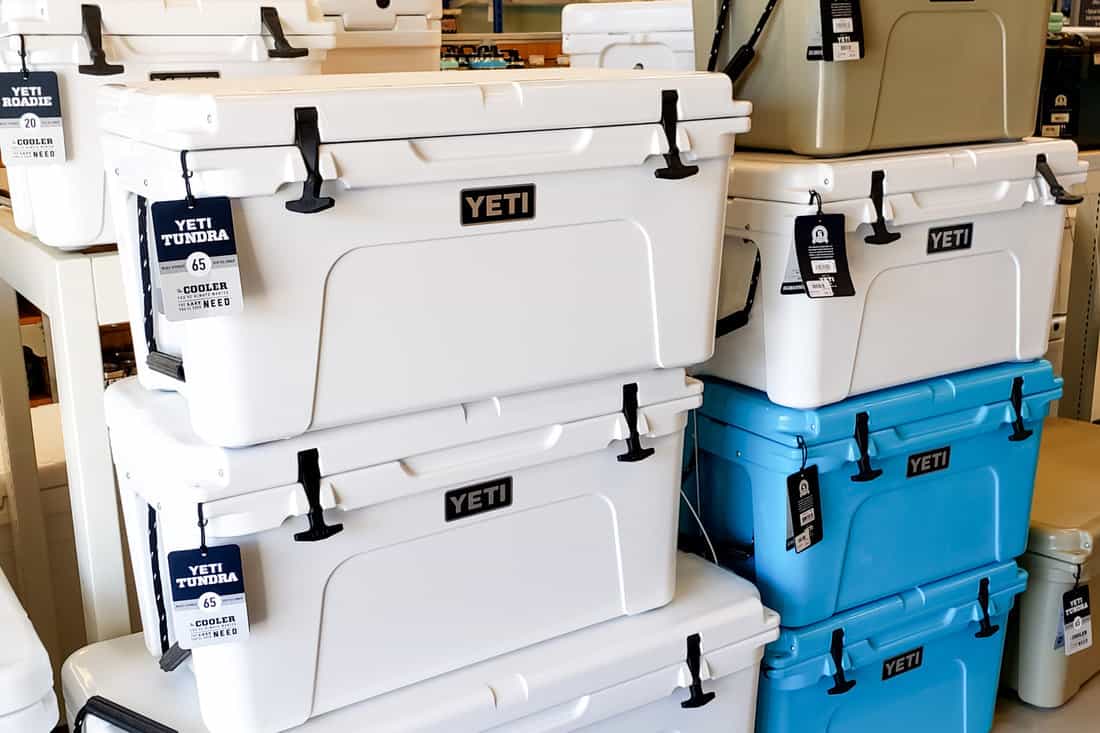 Even if YETI focuses more on its sales channels, that doesn't mean they're pulling out from everywhere. You can still purchase YETI products from Amazon. However, make sure to buy from an authorized seller.

Click here to see the YETI Tundra on Amazon.

YETI is one of the more reliable cooler brands you can buy. As you can tell, replacing their parts is easy. Hopefully, we've covered all the information you need to know. Good luck replacing the latches!

Before you go, do you need help removing and replacing parts from other items? What about replacing the head of a Quip electric toothbrush? For more information, check out:

Here are some other guides you can check out:

How To Replace Moen Shower Cartridge [With Ease]

Oral B: How To Replace A Brush Head? [With Ease]