The terms shower base and shower pan are often used interchangeably. However, they are two distinctly different things. When people seek to replace their shower base, they're really inquiring about how to replace the pan. So we have researched the best method to do so, and in this post, we will go over it.

Here are the steps to replace your shower base or otherwise the pan:

Before installing a new base, you'll need to remove the old one. This can be a fairly complex job, depending on the materials and the size of your bathroom. However, it can be a DIY job if you are fairly handy. Let's take a look at the typical steps involved in the project. 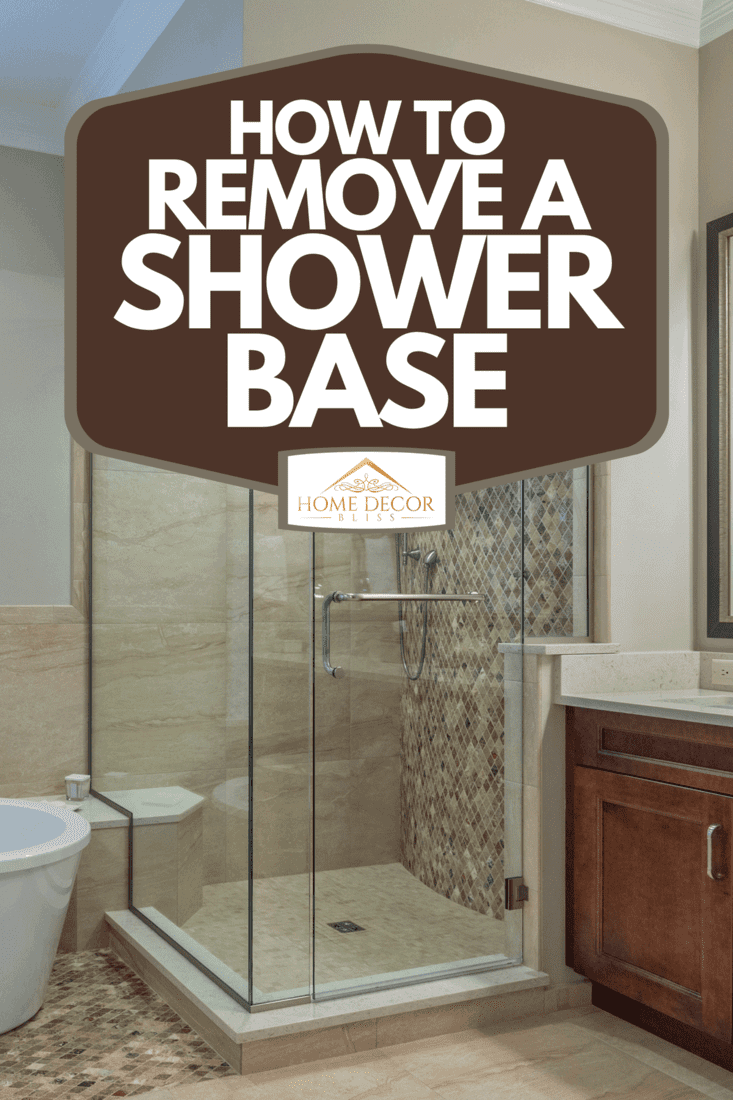 Steps To Remove A Shower Base

It's worth noting that it's best to have at least some experience with mixing mortar and home renovation. This is the type of project that can get very costly if you make the wrong mistakes and have to hire a builder or plumber to correct them for you. 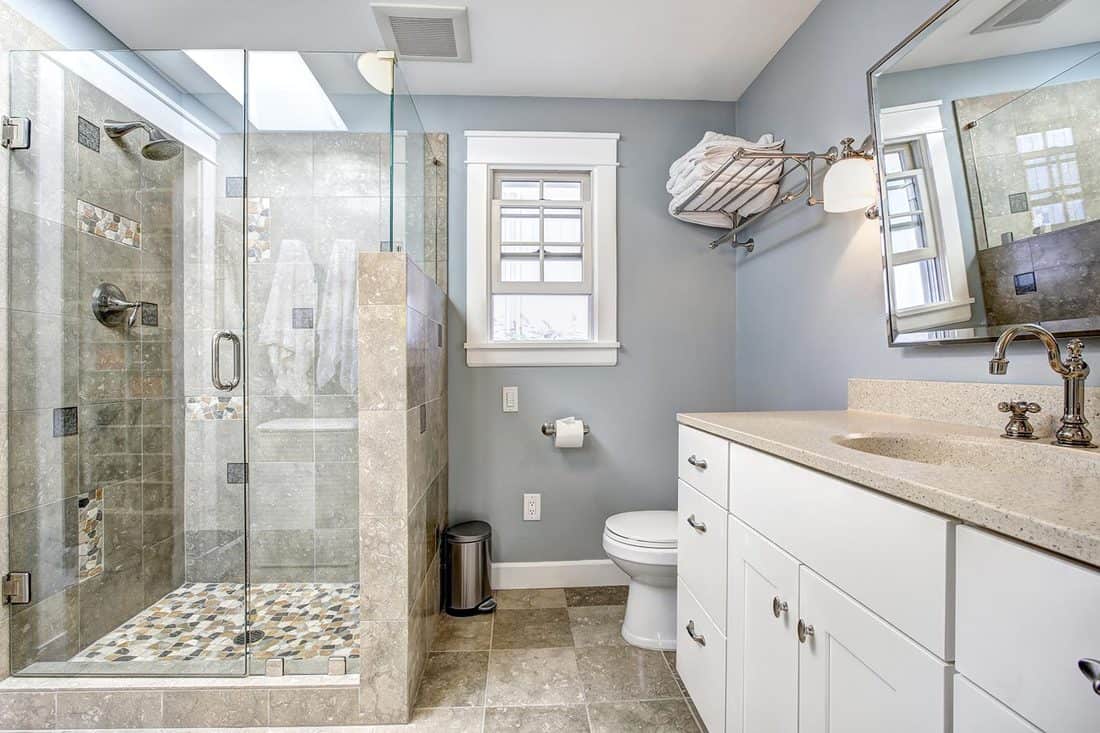 1. Remove any tiles attached to the top of the shower base

To do this, take a hammer and tap the edge of the pry bar around each corner of the tile. Do this gently to avoid damaging the tile--though it may be avoidable. You may need to remove the second row of tiles depending on how tall the shower base is--you will need to lift the base out of its position.

Check out this pry bar on Amazon.

2. Remove any drywall as needed

Next, remove any drywall from around the shower base as needed. You can do this using your pry bar or a reciprocating saw.

It's also helpful to first use a stud finder to locate the studs in the wall so that you can avoid damaging them with the reciprocating saw (you can also use them in combination). Be sure to remove all layers of drywall.

Find this reciprocating saw on Amazon.

3. Clean up any debris

Take your trash bags and toss any drywall, caulk, and other debris into them. Move the bags to a designated area to avoid tripping over them when you remove the shower base.

4. Disconnect and remove the shower drain and grommet

Next, take a manual or your electric screwdriver and remove the screws from the shower drain. Then take a pair of pliers and lift the drain out of position.

Some drains may have a clamp at the bottom that fits around the edges. Use the pliers to remove the clamp. If the drain has two clamps, hold one in the place with a flat head screwdriver while you remove the other one.

5. Loosen and remove the shower base

Now you're finally ready to remove the base. Start by taking your pry bar or chisel and tapping the top left corner of the base. Be sure to tap gently with your hammer to avoid damaging the base, as removing the cracked pieces will take more effort.

Continue tapping around at the entire perimeter of the base. Loosen any caulk using a putty knife or caulk removing tool. Next, use your screwdriver to remove any screws holding down the edges of the shower base.

In some cases, there may be nails for which you can use your hammer to remove. If the base is sealed in place, you will need to use a hairdryer or a heat gun to soften up the sealant or caulk. To do this, apply the heating device by holding it about two inches over the top of the shower base.

After you remove all of the sealant or caulk, use your pry bar to lift the base out of its position. Start in the corner and work your way around the edges until you get to the middle. Be sure to lift using your legs when removing the base, as it can be weighty.

Check out this heat gun on Amazon.

How do you remove an old shower base?

You may need an assistant to remove the base to avoid injuries. This is usually the case when the base is made out of stone materials or metal.

How much does it cost to replace a shower base? 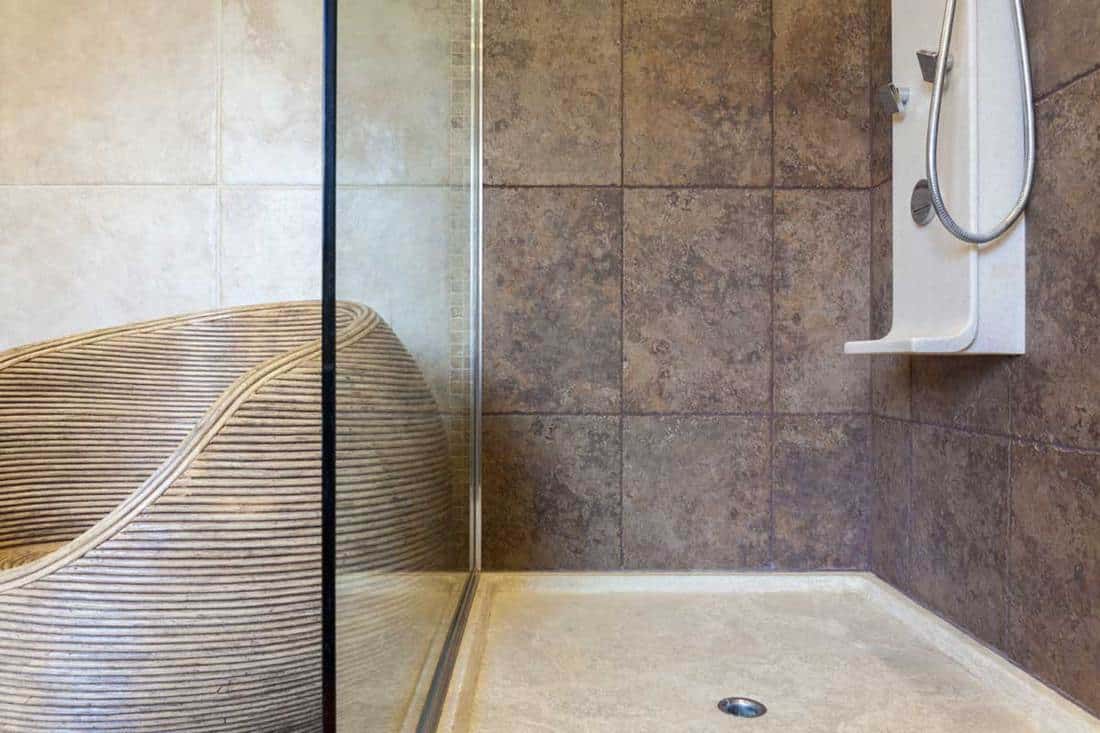 It depends. Shower bases come in various materials, shapes, and sizes. The size and the layout of your bathroom can also play a role and how difficult it may be to replace your shower base.

For example, if you have an irregular-shaped shower area, it may be more difficult for a contractor to move around. As a result, the cost will be higher on average.

However, a shower base replacement in an average-sized bathroom can cost anywhere from $1,200 to over $3,000 to replace. This includes the cost of the base, which can range anywhere from $300 to $500, plus labor. Note that the price will be higher if the contractor performs extra work such as plumbing or additional drywall work.

What is the difference between a shower pan and a shower base?

As mentioned previously, people often use the terms shower base and shower pan interchangeably. However, they are not the same thing.

The shower base is the area beneath the shower pan that serves as the floor base for the shower pan. It is typically made of cement, and its removal is rare unless it is causing drainage or other plumbing issues in the home.

When people typically refer to replacing a shower base, they are referring to replace in the shower pan, which is what you stand on when in the shower. Shower pans can be made of plastic, acrylic, metal, stone, or wood. Replacing and removing them is less complex and commonly done when they become old, worn out, or during a home renovation.

Can you replace a shower pan without removing tile?

If the tile is set on the top of the shower base, you will need to remove it. Otherwise, it would be impossible to lift the base out of position.

However, the good thing is that the entire wall of tile doesn't have to be removed, only the first row or two that may block the base during the removal process. This being said, you will likely need to remove pieces of the drywall as well. However, these specifics really depend on the type of base you have and how it was installed.

If you're unsure whether or not you can remove the base on your own, it's best to at least seek the advice of a contractor. Even if you don't plan to use one, having a consult can't hurt.

The contractor can take a look at your bathroom's layout and determine how complex the project may be. They can also recommend specific precautions to take and potential plumbing issues that you may run into.

Removing a shower base can be a somewhat complex project, and it should not be taken lightly. So to say, it's best to consult a contractor and gather as much information as possible before deciding to perform this DIY project. It also helps to have some experience with plumbing, drywall removal, and grout application beforehand. We hope this post has helped illustrate the typical process involved with removing a shower base.

Before you go, be sure to check out our other posts:

Should You Caulk Around A Shower Base? [Inc. Inside The Enclosure]

How High Should Shower Base Be?