Finding a wall stud is a must when you want to hang an item or a decoration in your home. If you're new to using a Franklin Sensors stud finder, you may be confused about how it works. Don't worry—we've done research on this topic and will walk you through an easy yet detailed guide on how to use the device.

Franklin Sensors stud finders come in different models, but you generally can operate them in the same way. Follow these instructions to scan for studs successfully:

These steps are easy to follow, but you need to know more details about how to do each of them correctly. Furthermore, there may be times that a stud finder doesn't work or turn on even after thoroughly following these directions. So keep reading to learn more  information on Franklin Sensors stud finders. 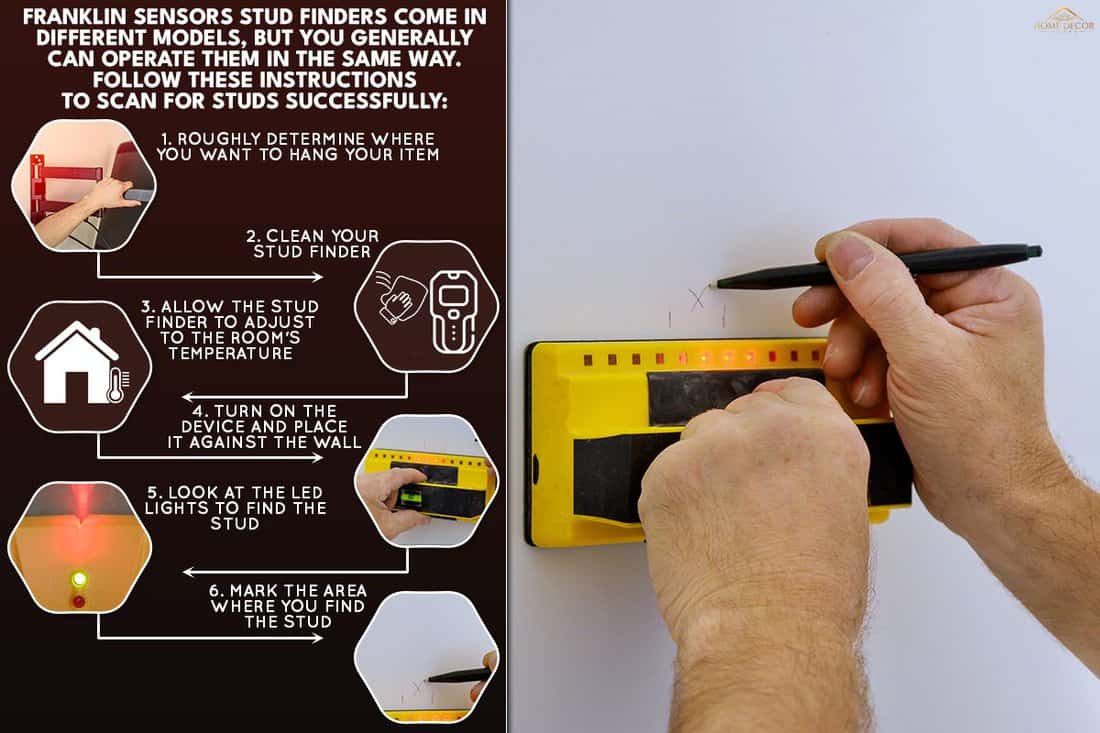 Franklin Sensors stud finder has a variety of models with different features. However, even when this is the case, they are generally used the same way, so this step-by-step guide should help you:

1. Roughly Determine Where You Want To Hang Your Item

You may want to hang mirrors, shelves, large picture frames, or a television. To do this, you should identify the area where you wish to place your item.

Measure the size of your item first, so that you know how high the stud should be that you need for support. Doing this will help you find wall studs, as you only need to do it within your chosen area.

However, there isn't always going to be a stud in your ideal location, so you may need to choose another area.

Remember to get your stud finder ready for a power-up by cleaning it. You may use a dry, clean cloth to remove dust or debris. Any stud finder that's dirty or wet will not function correctly, so this is a vital step.

Click here to see these microfiber cleaning cloth on Amazon.

3. Allow The Stud Finder To Adjust To The Temperature

A sudden temperature change will require adjusting your stud finder's sensor board. The device must adjust to your area's ambient temperature so that it is in the best working condition.

4. Turn On The Device And Place It Against The Wall

You may turn on the device before or after placing it against a surface. Hold the stud finder by the handle. Do not touch the device's detector. Just click or press the "on" button and continue to hold it down as you place the device against your wall.

5. Look At The LED Lights To Find The Stud

It will be effective if you move the stud finder up and down to confirm where the stud is precisely placed. The device's LED lights will be triggered by any hidden objects or studs.

6. Mark The Area Where You Find The Stud 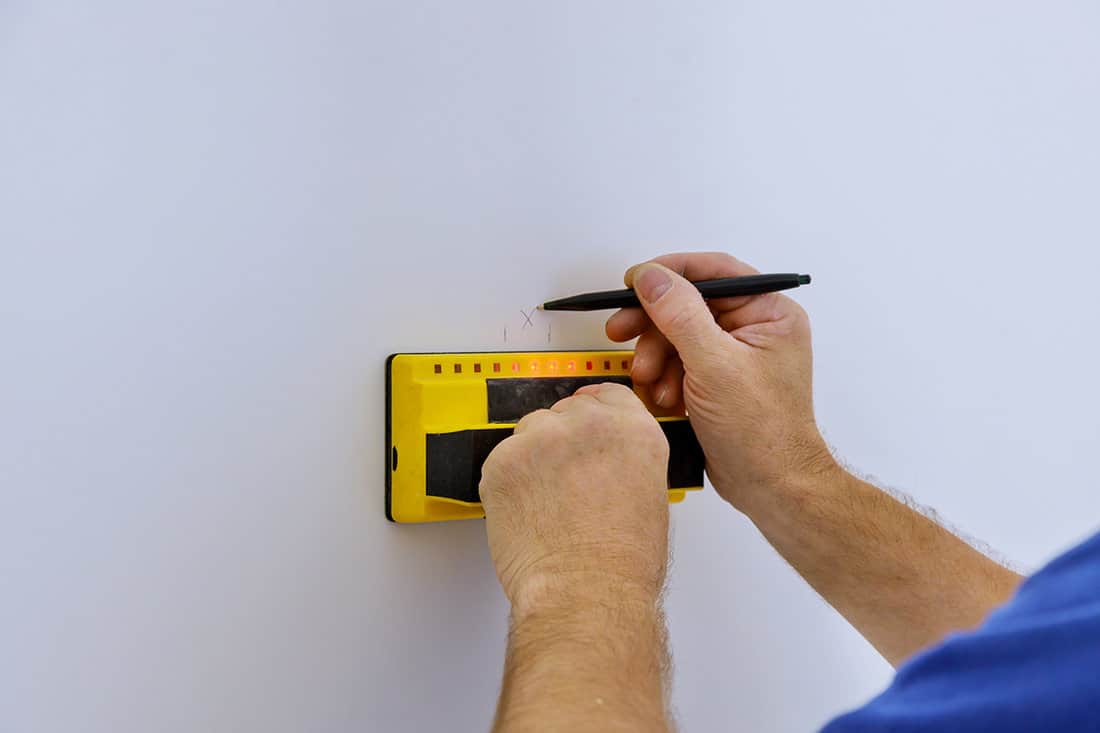 When you find a stud, mark the spot so you don't have to look for it again later. You can do this by using a pen and writing an X on the spot. Keep in mind that most studs are positioned 16-24 inches apart.

Most Franklin Sensors stud finders display the center and the edges of the stud simultaneously, so make sure to mark these areas.

What To Do If Franklin Sensors Stud Finder Doesn't Work

If you try using your stud finder and find that it isn't working, there are many ways you can check to find out what's causing the problem. Many times, any problems will be easy to resolve, and you can fix them yourself.

If your stud finder isn't working, you can check your device's instruction manual for help. Here are some things you can do: 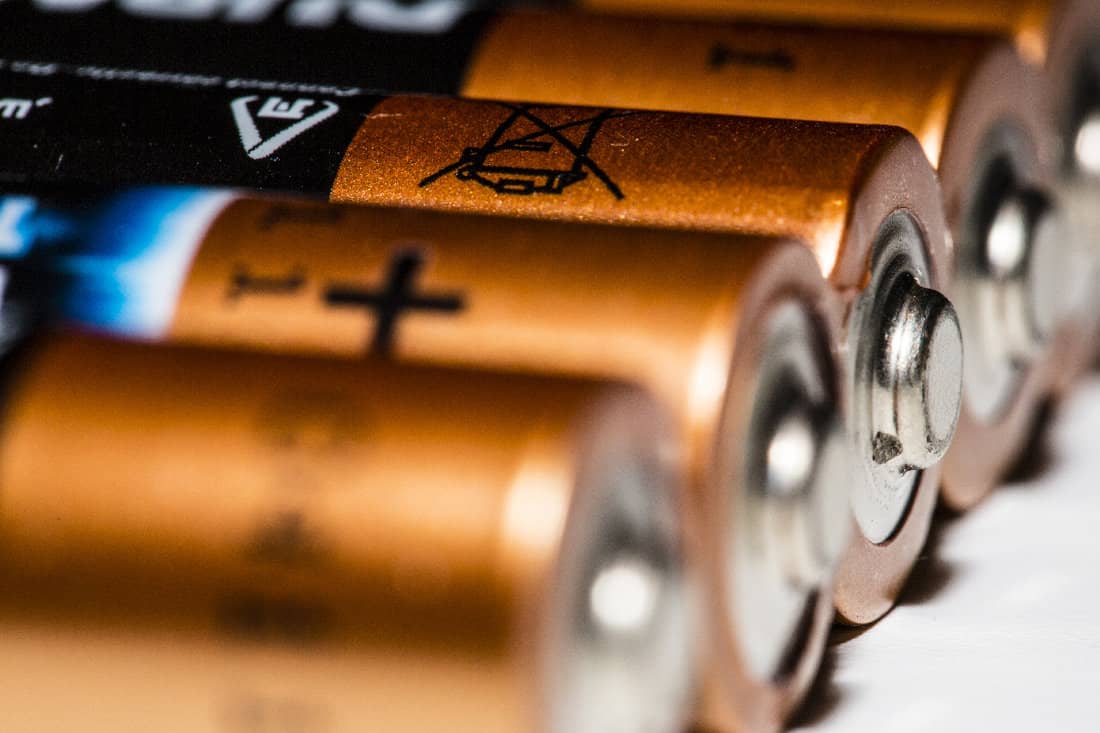 Oftentimes, the battery is the main culprit of why your stud finder isn't working. Try removing the device's batteries and replacing them with new ones by following this:

However, if your device is new and your batteries have just been replaced, the battery may not be the issue.

Check out this AA battery on Amazon.

Click here to see these AAA batteries on Amazon.

Make Sure The On Button Is Pressed Down

If your device works for a bit and then stops scanning, the reason could be that you're not continuously holding the on button down. Make sure to press the button down until the device finishes scanning.

Check if you're holding the device near the base. Inconsistent stud finder readings can be caused by this, so remember to only place your hand on the handle and keep a finger on the on button.

Different surfaces will prevent stud finders from working properly, so check if this is what's causing the problem. Here is a list that you can use to investigate if this is the case:

Franklin Sensors stud finders don't need to be calibrated. You only have to hold the on button, and your stud finder will automatically scan your surface.

Franklin Sensors stud finders have multiple sensors, so they can easily detect and show you the location of various studs without needing calibration.

In addition, magnetic stud finders can also detect metal. You can use this feature of a stud finders if you want to find these materials. 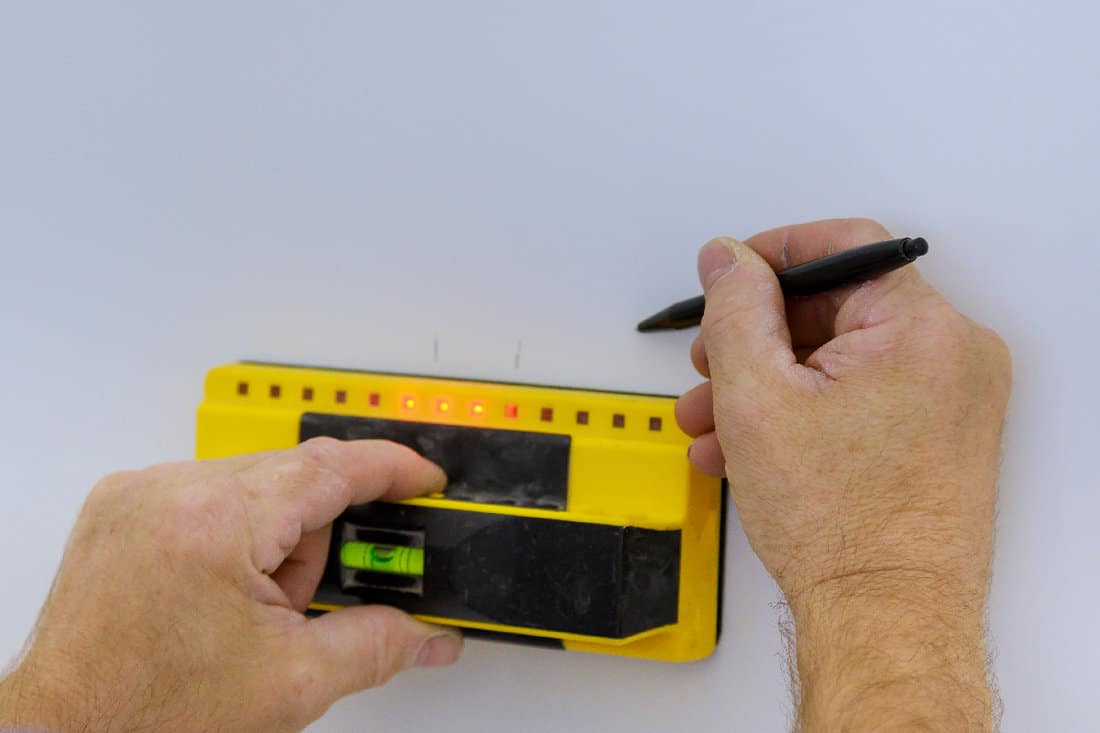 Using a Franklin Sensors stud finder is easy, so it shouldn't be a big problem for you to find studs in your walls. Make sure you first determine where you want to hang an item and prep the device by cleaning it and letting it adjust to your room temperature.

You can then turn on the stud finder, observe its LED lights for stud detection, and mark the areas where the device located the studs.

If your device isn't turning on or working effectively, a malfunction may have occurred. You will likely be able to resolve any issues yourself, so you don't have to be too concerned about them.

Just check the device's batteries, make sure you continuously press the on button, and only hold the device by its handle.

Check out these related posts for more information on studs and stud finders:

How To Hang A Ceiling Light Without A Stud?