Do you have a stud that you need to remove, and do you want to know how to use a stud extractor to remove it? You’ve come to the right place, for we have researched this question, and we have the answer for you.

Follow the simple steps below on how to remove a stud using a stud extractor. 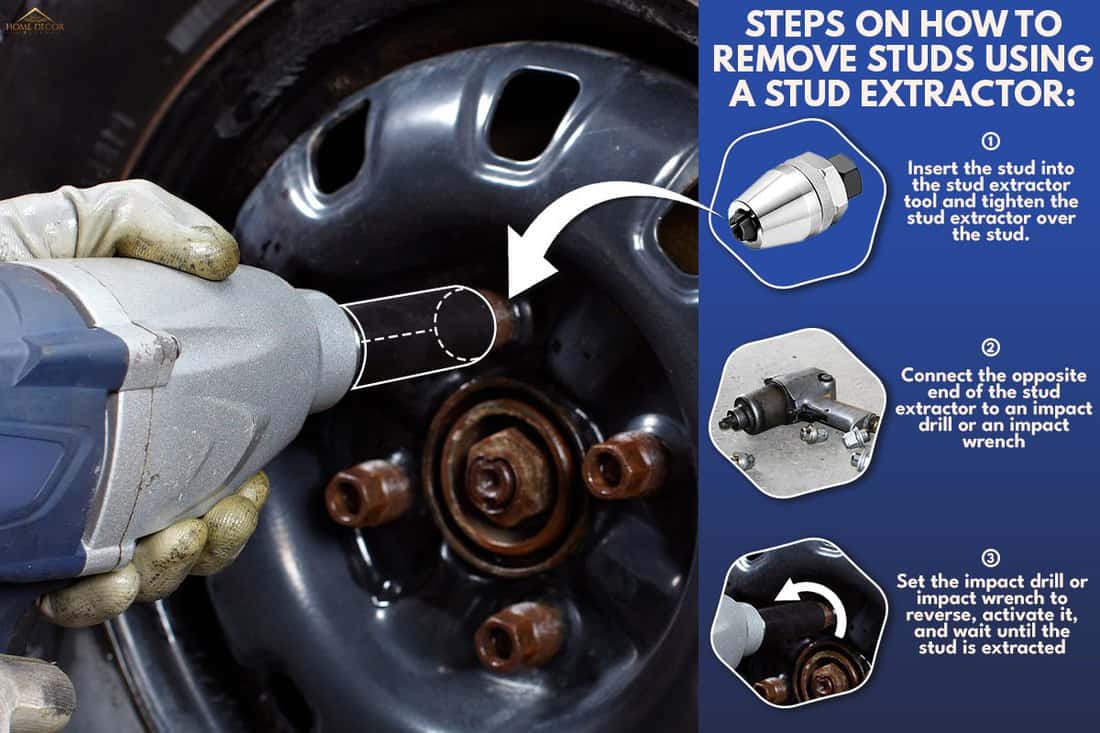 What is a stud?

A stud, a stud bolt, or a threaded rod is a type of fastener that has threads on both ends. Some studs have a continuous thread along their entire length. 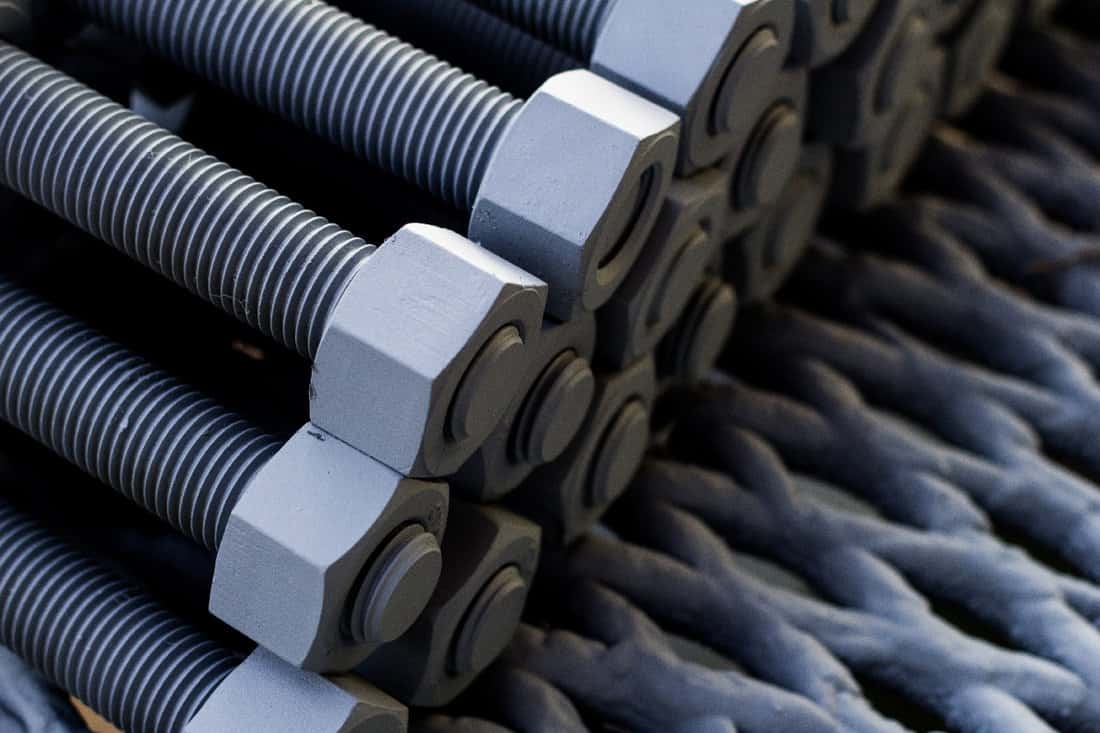 A stud has the advantage of having a nut on both ends to give it a better grip. This configuration makes it easy to replace the nut in case you strip it from over-tightening. If you strip the stud, you can also easily replace it since it is not built into the engine or the machine that it fastens.

Because of its gripping strength, studs are common in engines. Studs normally keep various engine block designs to their cylinder heads securely. You’d also see studs in large pieces of machinery and various parts of a vehicle like the exhaust manifold.

There are several types of stud bolts. The thread of a stud is a common criterion for classification. 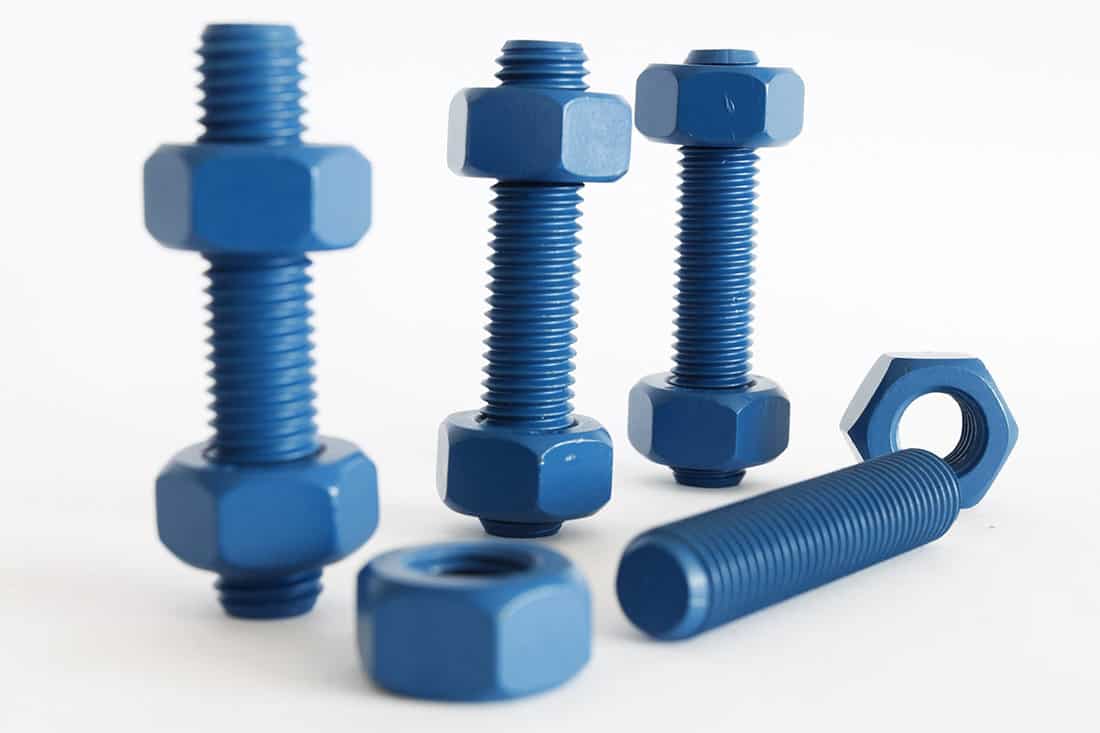 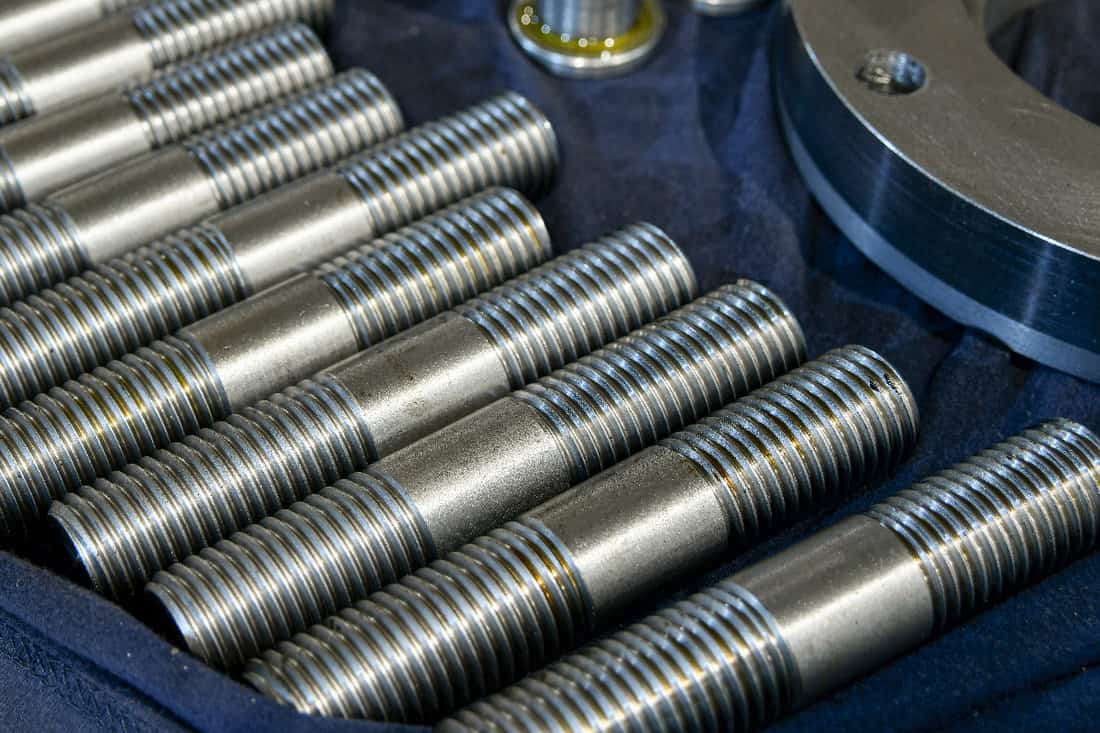 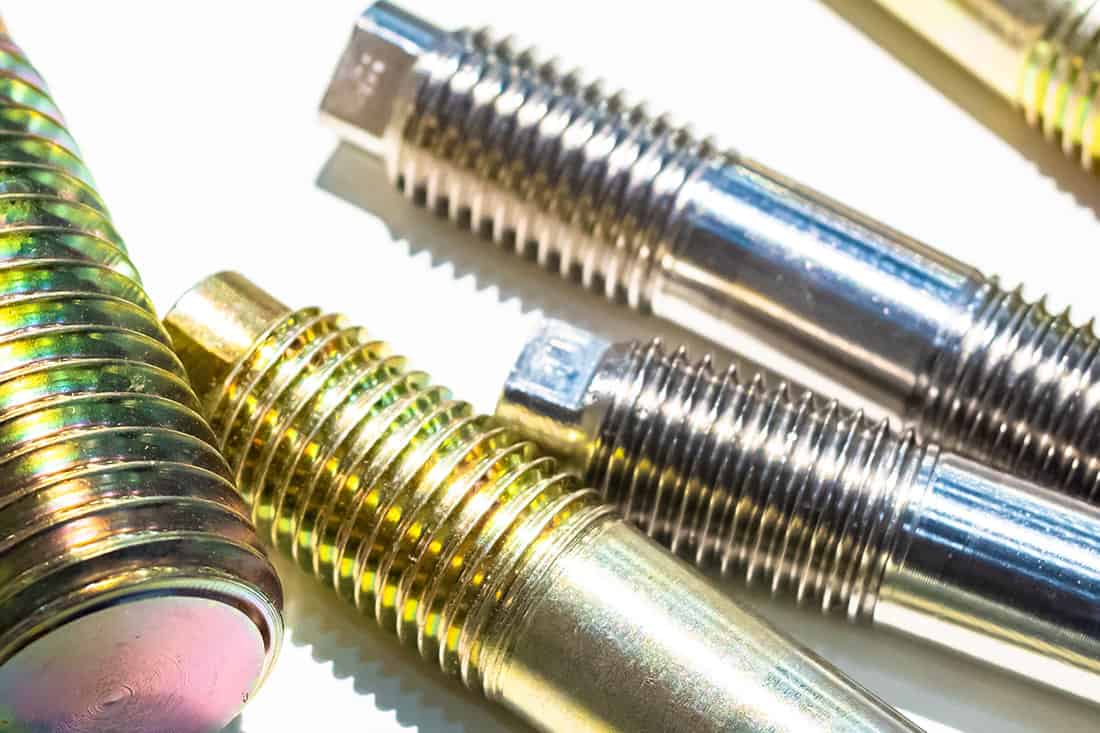 This is a type of stud that has threads throughout its length—just like a fully threaded stud. The difference between the two is that one end of a flange stud is chamfered, which is ideal for flanged connections.

A double-end stud bolt is a type of stud bolt that has a characteristic center area that is smaller in diameter than the diameter of the rest of the rod. Both ends of the stud have threads as normal. The threads on both ends can be the same or not.

How to remove a stud using an impact stud extractor?

Here are the complete steps to remove a stud using an impact stud extractor.

The ARES 70016 Damaged Bolt and Stud Extractor Tool is available on Amazon through this link.

EPAuto Click Wrench is available on Amazon through this link.

How to remove a stud using a stud remover?

A stud remover is another tool that you can use for removing or installing a stud—although its name only says “remover.”

It looks like a broad cylinder with two holes—one smaller than the other.

The bottom of the tool has a pivoting gear, while the top has a non-removable socket connector.

It can feel a little out of balance when you use a wrench to loosen the stud. The wrench will revolve around the hole that grips the stud as you loosen or tighten the stud instead of rotating in place.

Here is the set of steps that you should follow to remove a stud using a stud remover.

Spurtar Stud Remover is available on Amazon through this link.

How to remove a stud using a stud extractor socket?

A stud extractor socket or a stud puller normally comes in a set of sockets of different sizes. The most common sizes are six, eight, ten, and twelve mm.

Here are the simple steps to remove a stud using a stud extractor socket.

Sunex 8804m Stud Puller is available on Amazon through this link.

How to remove a stud using two nuts?

This method requires the use of two nuts that have the same size. The stud should fit securely into the two nuts. If the stud doesn’t fit—the stud is too loose—then stop and look for two nuts that will fit.

Moreover, the thread on the stud should be in good condition. The nuts should be able to secure themselves on the thread of the stud.

Here are the steps to remove the studs using the two-nut technique. 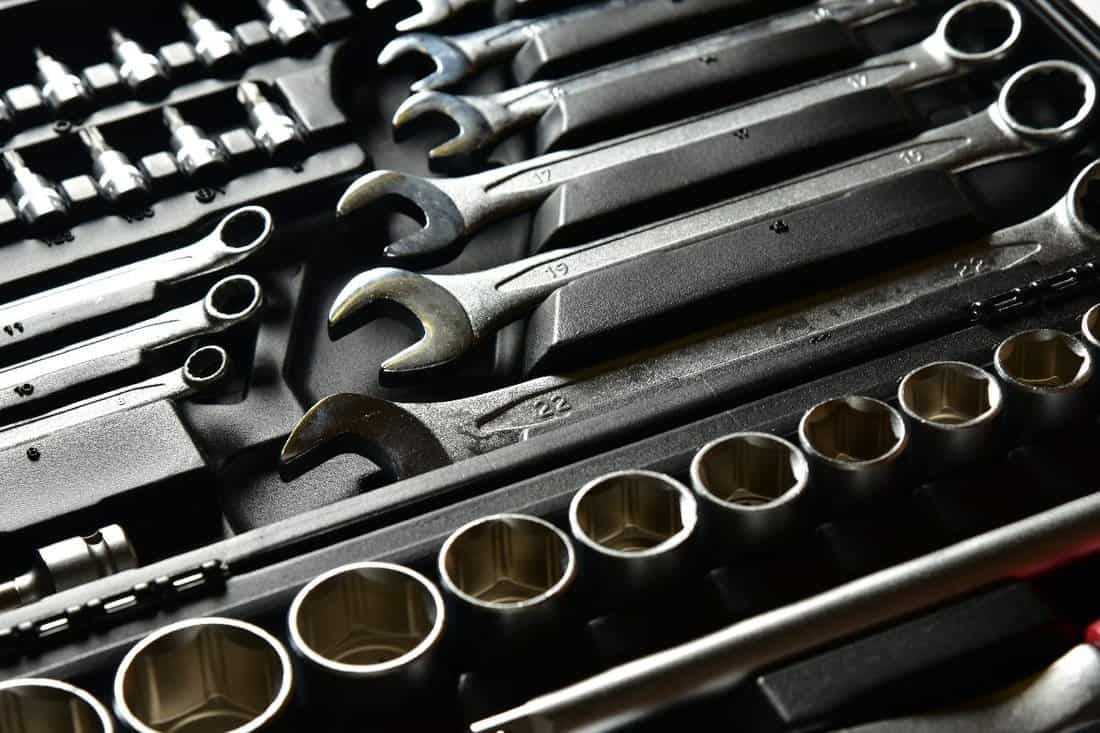 The JAEGER 24-piece Ratcheting Wrench Set is available on Amazon through this link. 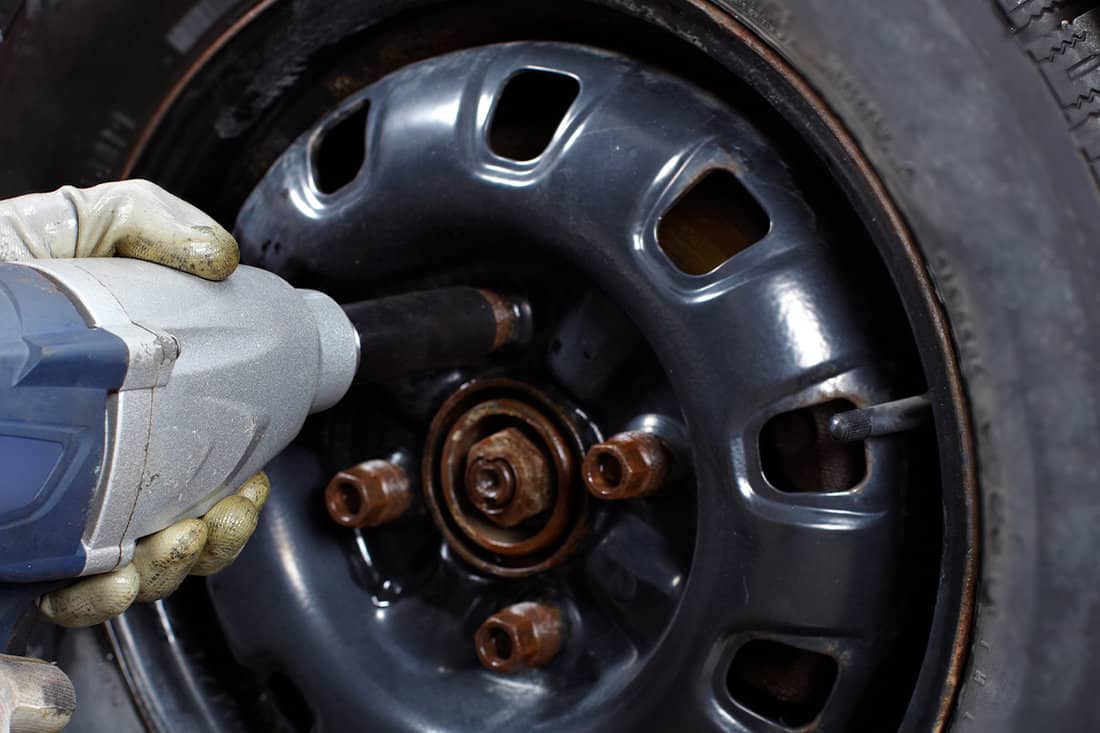 There are many stud extractors to remove or install studs in machinery and engines. Pick one that is convenient and easy for you to use.