While wildlife is a natural sight to see, it can get tiring trying to move them off your property. Animals gather debris that you will not want on your lanai. You may clean the area all you want but, it will be pointless if a gecko or another animal consistently leaves its droppings. So, how can we get rid of them and keep them out? If that is the information you seek, let’s find out!

Geckos and other lizards are nonaggressive animals. They are typically shy and try their best to keep out of sight of others. Although they can be a pest on your lanai, they do have their role in the ecosystem. So it is best to remove them rather than kill them if possible. The proper ways to keep wildlife out of your lanai is:

Those are some of the steps to getting rid of wildlife on your lanai. Of course, there is still much more to cover. Killing them and getting rid of them might even cause an additional problem for you. So, it is essential to weigh the benefits before you do the task. If you want to find out more, keep reading ahead. 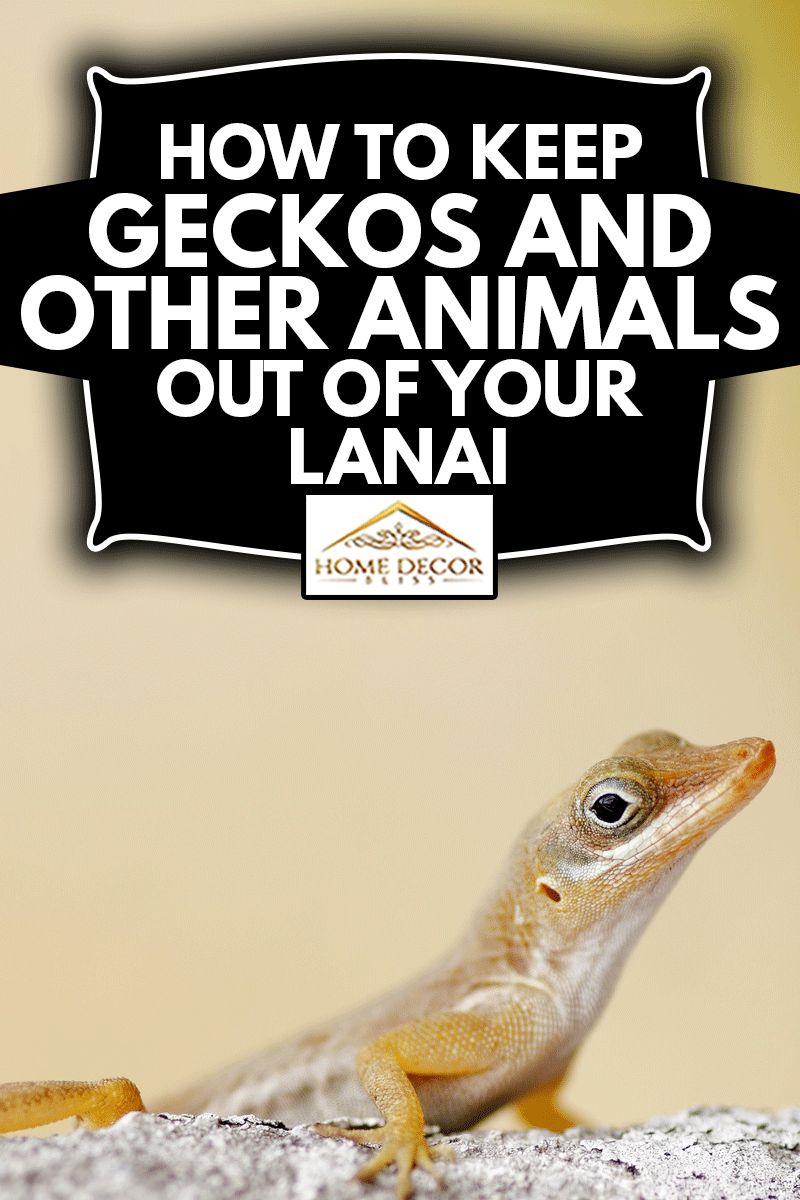 So, to get control of the lizard or gecko problem, you will need to take some initial steps. 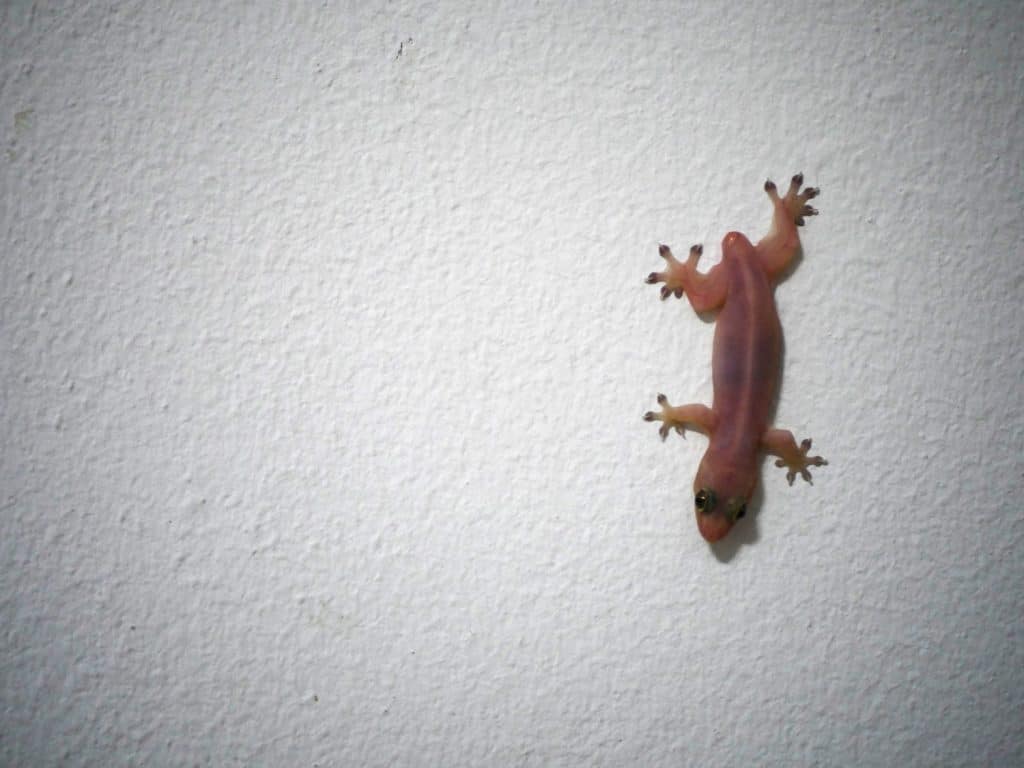 Before you lay down repellents, you will need to move the pests out of your lanai. You can do this by using a rolled-up newspaper. Since they are harmless and do a well-enough job of keeping other nuisances out, you should guide them outside.

Alternatively, if you are brave enough, wear some gloves and pick them up from their bodies. Relocate them to an area where they can not return. You can also opt to use a box and entrap them. Again, relocate them to another spot away from your lanai. Though, if you are going hands-on, be careful as they might bite out of self-defense.

Lastly, since geckos like heat, you can use a cold water spray to chase them away. This way, you do not have to mess with them directly. 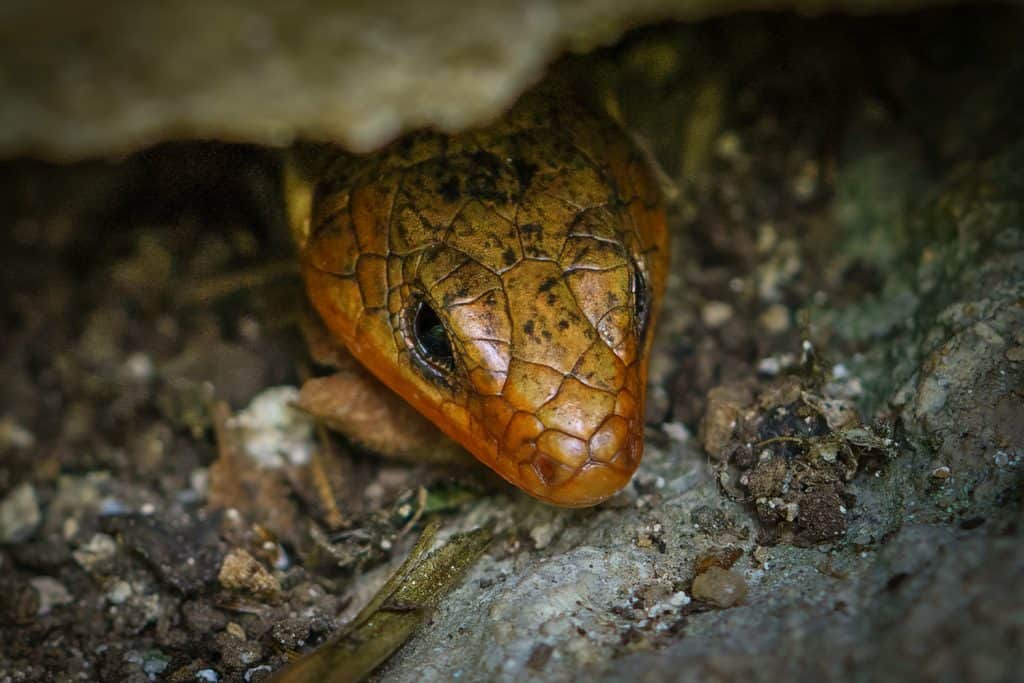 If you have one gecko in your area, there might be a population of them living on your lanai. You might notice some movement if you turn on the lights. Geckos might also try out some new foods with the dry goods you may leave out on the lanai. If this is the case, you might see a trail of food and footprints near the source.

As you may already know, geckos shed their tails once in a while. So, if you start seeing tails lying around, there may be more than one gecko. Since geckos love heat, check any area you think is a potential heat source for them.

Control The Insect Population In The Lanai

Lanais are often an additional room in a home. However, since it is outdoors, you may be tempted to blend it with nature through decor. As such, you might have thought that adding plants is a good idea. But, insects will see it as a potential home. In similar thought, this leaves the plant you brought in to liven the place as a new home for the insects and the geckos.

A first step to lure the insects out of the lanai is setting a spot specifically for them. Find out what insects are often in the area and what they like as food. For example, if fruit flies are a common pest in your lanai, you can set a pan of sugar water or nectar outside to attract the fruit flies. This method will lure the geckos out too. The bowl of sugar water will have tons of fruit flies around, which gives geckos an easy food source.

Mop And Sweep After Meals

If you often hold lunches on your lanai, any crumbs left can attract pests. These pests will be a food source for the geckos. Not only that, even in the event where you do not attract insects, the geckos can eat the crumbs left behind as food too. That is why you want to eliminate any potential meal for them. Geckos stick to a spot where they can get consistent food.

Like most pests, geckos have some items that they dislike. For example, you can use eggshells to scare them away. The reason they do not like eggshells is that it signals a predator in the area. In addition, if peacocks live in your area, you can also use a peacock feather as a repellent. Though, some users have doubts about the overall effect of this method.

What Smells Do Geckos Hate?

If eggshells sound like an icky idea, you can repel geckos away from the lanai through smell. Place garlic cloves in the spots geckos seem to hide in. Onions are also irritating for them. If you yourself do not enjoy the odor of these vegetables, you can also use lemongrass teabags.

How Do You Get Rid Of Geckos Outside? 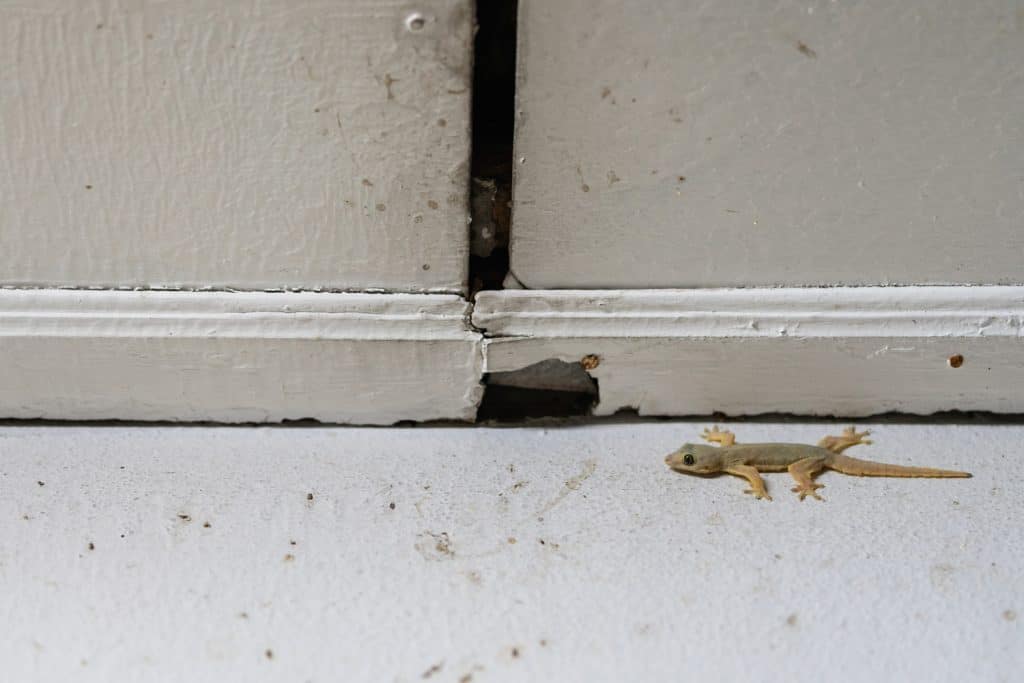 Once you get rid of geckos inside the lanai, making sure they stay out is an essential step. After all, once one gecko leaves, there are plenty more waiting to get outside. So, if you want to rid them, there are some additional methods to keep them at bay.

The first option would be to get a cat. You do not have to worry about the cat consuming the gecko as cats do not eat lizards. If the cat kills a gecko, make sure to remove the remains as soon as possible. They can produce a foul odor if left to decompose for too long.

If you have too much clutter around the lanai, it will be a haven for geckos. They love to hide. So, try your best to remove as many hiding spots as possible. Tend the shrubbery and other plants in the area more often.

As previously mentioned, you can concentrate spots to let geckos settle in. Use bait to lure insects around the outside of your lanai to another area. Once they move, the geckos will too. Otherwise, you can use diatomaceous earth and boric acid to eliminate the insects outside.

Another way to keep them away from your outdoors is through using sprinklers. Geckos love the heat but hate the cold. If you can get the sprinklers to go off routinely, geckos will not consider your area habitable. You may also use cold water and a hose if you want it to be more of a hands-on effort.

How Do I Keep Lizards Out Of My Lanai? 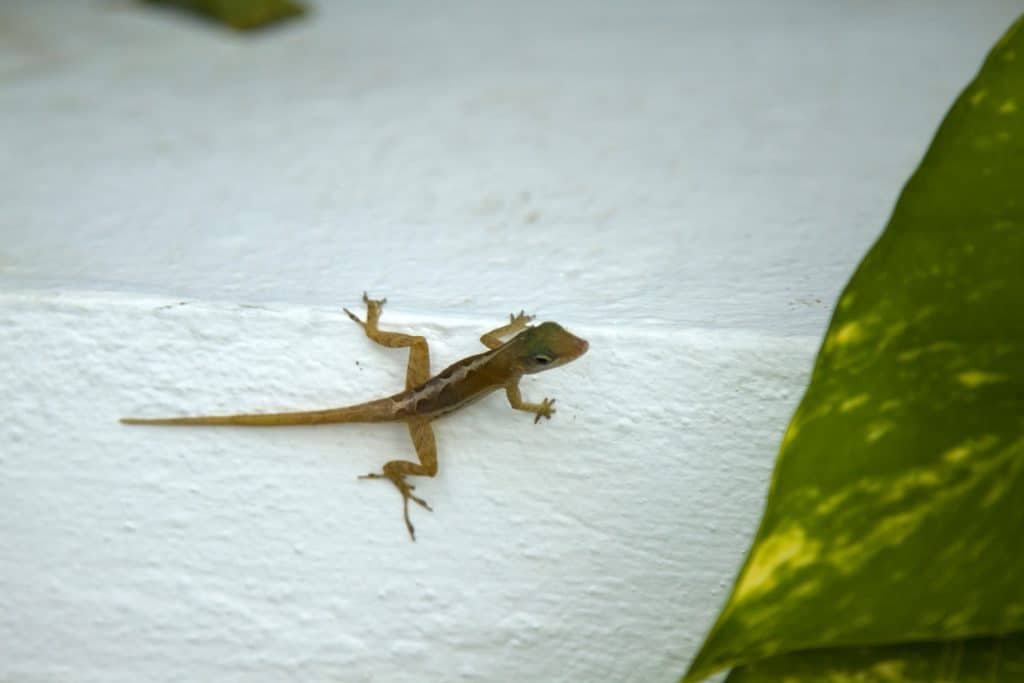 Lizards, like geckos, love places that are hard to reach. Meaning, they will most likely hide in cracks or openings present in your lanai. The first step to removing lizards from the premises is to seal these spots to give them less area to inhabit. They also share common distastes with geckos. Repellents like garlic, onion, and eggshells will also work on lizards.

The general guideline to get rid of lizards is similar to geckos. They are:

If you want to go in-depth, check out our post here. Although it is more focused on getting rid of lizards on a porch, a lanai is a type of porch. The methods will work well enough for a lanai.

If it comes down to exterminating geckos, wasp spray will not be enough to kill them. However, spraying them with an insecticide can do them a lot of harm. After an initial drizzle, they will most likely run away and hide. Though, it won’t be too long until they show up again. The insecticide will make it harder for them to breathe and forces them to come out of hiding.

After, it will require multiple sprays until the gecko dies. It is a slow death. Alternatively, you can use a mixture of coffee grounds and tobacco. Once the geckos ingest this mixture, they will die from the toxins.

Although geckos and lizards can be helpful creatures, they can also be a nuisance. While they can solve insect problems, they bring their own problems in the form of dropping or shedding. So, if we can keep them away from our space, we will do whatever it takes to do so. We hope you found the information above informative!

Before you go, do you have other pests you want to get rid of? Are insects attracted to the lights in your lanai? We can offer some guidance to get rid of them. To find out more, check out our post here. Until next time!

What Can You Put On Bathroom Walls Instead Of Tiles?

7 Types Of Wood Wall Paneling You Should Consider

How Much Space Should Be Between Shelves?

What Is The Best Flooring For A Laundry Room?

What Color Do You Paint A Sloped Ceiling?