Shutters serve several purposes, so it is good to understand why you should or shouldn't add them around the windows of your home. More specifically, you might be thinking about whether or not you should put shutters on a picture window. You have come to the right place. We have done all of the research needed to answer this question and more for you.

There is a lot more to learn when it comes to shutters. Perhaps you would like to know if plantation shutters work for picture windows, if houses look better with or without shutters, whether or not they are still in style in 2022, or when and why people use shutters. If you want to learn these things and more, keep reading this post. 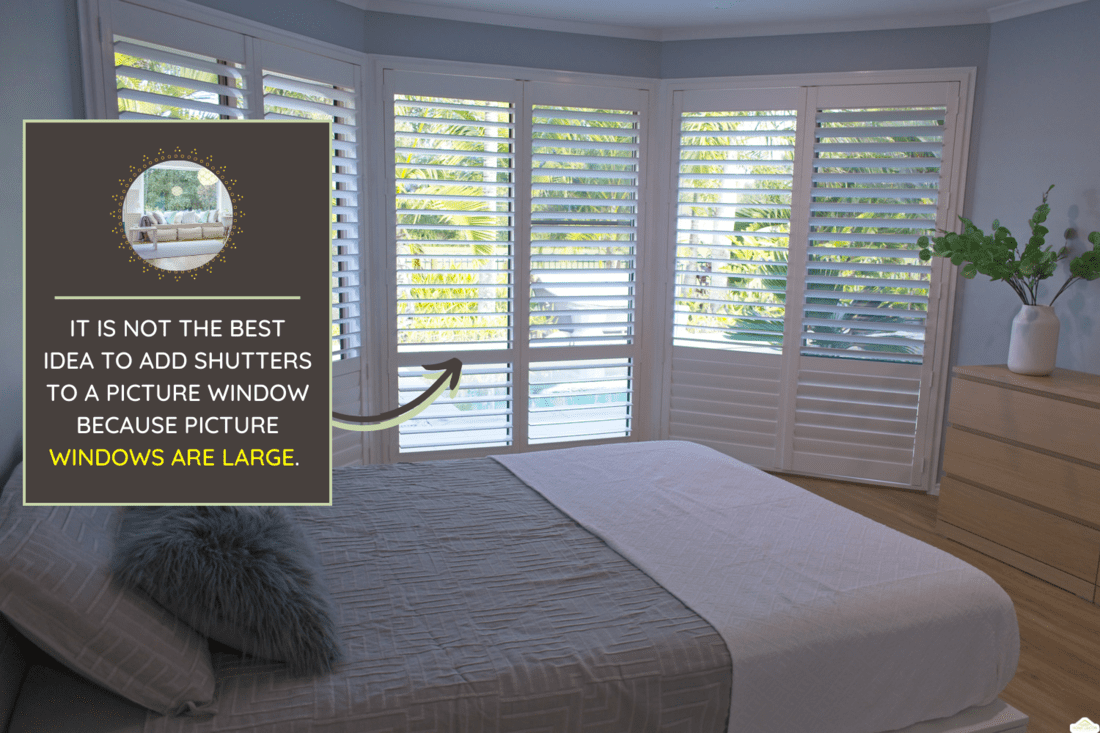 Can You Put Plantation Shutters On A Picture Window?

Plantation shutters are great for larger windows. They are adjustable which definitely helps with the situation. The best part about plantation shutters is that you can control how much light comes in by tilting them to whatever angle you prefer.

At certain times during the day, it is nice to have the slats of plantation shutters open or angled the way you like to see the sun shining in.

Shutters were initially created so that they could better protect the home. A home stays warmer when the windows are covered if it is cold outside. An alternative to shutters is to use window coverings to at least control how much natural light is let in and when.

Click here to see these vinyl shutters on Amazon.

Do Houses Look Better Without Shutters?

Some houses definitely look better without shutters. The true answer to this question is based on personal preference though. Some people really like the way shutters look while others would rather avoid them altogether.

Shutters are not only for controlling light but they also give you a sense of privacy if they are fully functional. They protect against harsh weather also. Fake shutters don't do this though; ones that are not functional are only for aesthetic purposes.

The color of your shutters can make a world of difference when it comes to curb appeal. If you choose to place dark or navy blue shutters onto cream-colored siding, it looks really beautiful. Teal shutters on a white house look nice if you are into brighter colors. 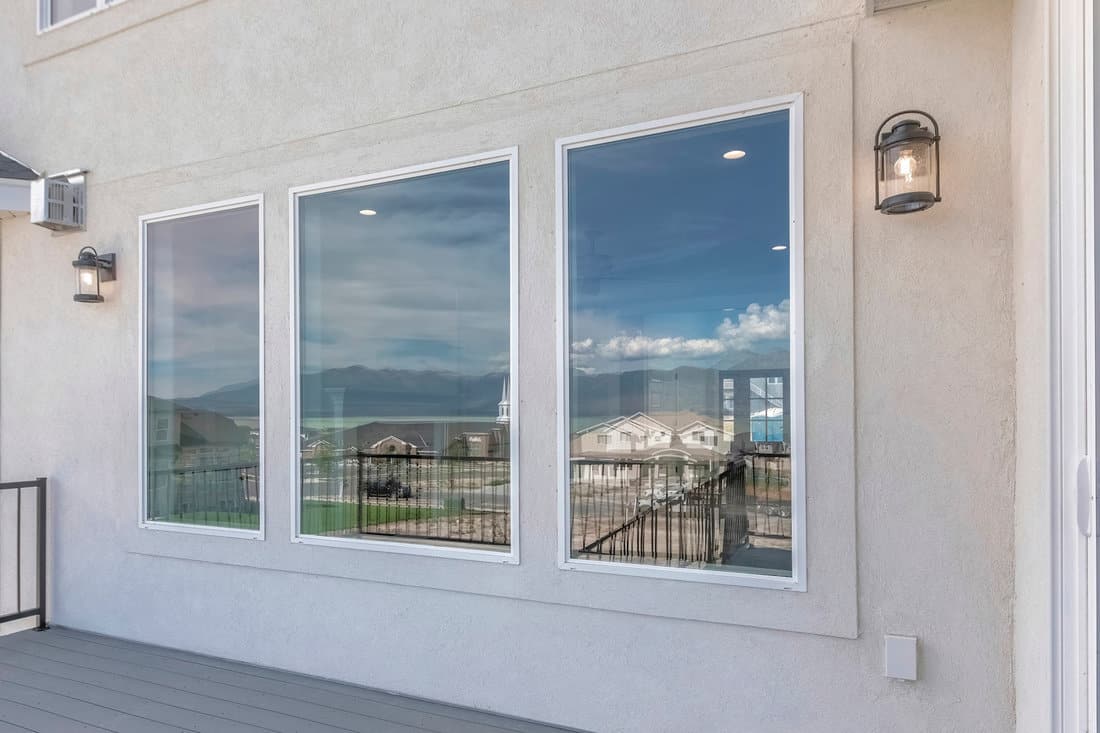 Regardless, whatever color you choose for your shutters should not blend in with the color of your house. What we mean by this is do not put dark shutters on an already dark house unless you do not want them to be noticeable. Complementary colors work best when choosing shutters for your home.

Click here to see this exterior paint on Amazon.

Yes, shutters are still very much in style currently. They are used to accent a home, and some people will never change their minds or love for shutters. Houses with shutters get more viewings and sometimes sell more quickly than houses without.

When buying a new home in 2022, the type of shutters it may have depends on when it was built as well as when it was last updated. You will come across false shutters much more often than fully functional ones. 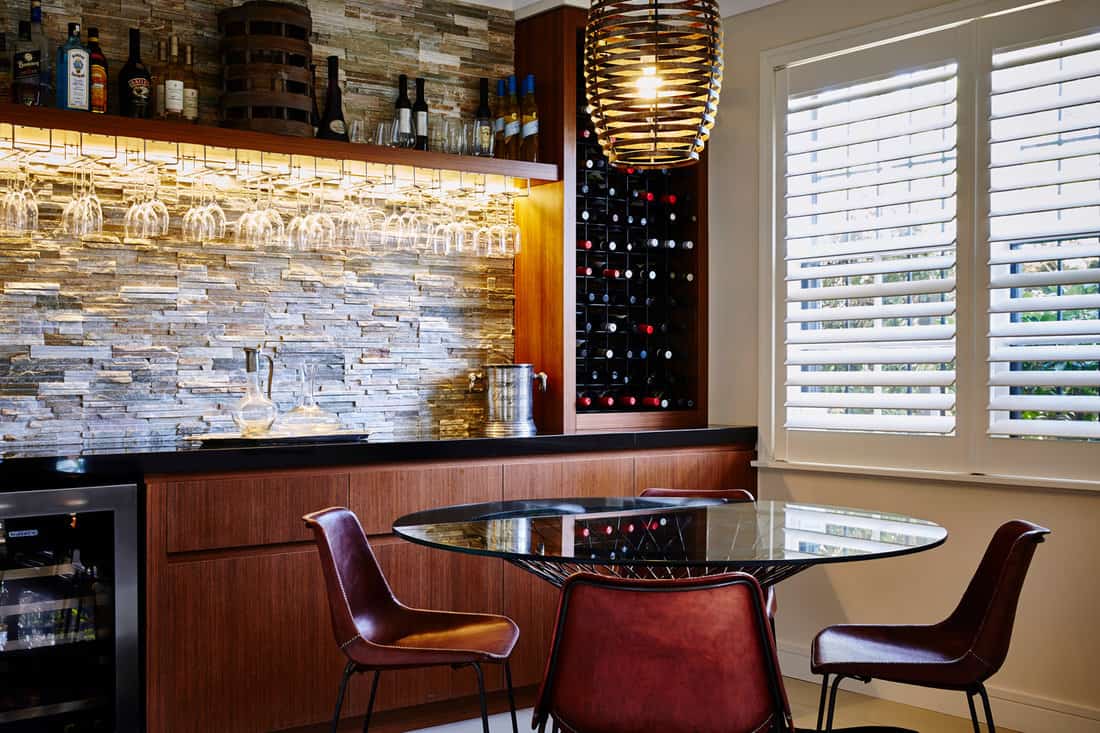 Since some types of blinds can be damaged easily, installing plantation shutters will save you money in the long run. They go well with a retro look as well. Plantation shutters are the most common and most popular choice in 2022 when it comes to shutters for your home.

Usually, shutters do increase the value of a home. This depends on a few factors. If they are high-quality shutters, then they are more likely to add value to your home.

Plantation shutters do increase the appraised value. It is said shutters that cover each window are worth at least $175. Higher quality shutters are more expensive than that. 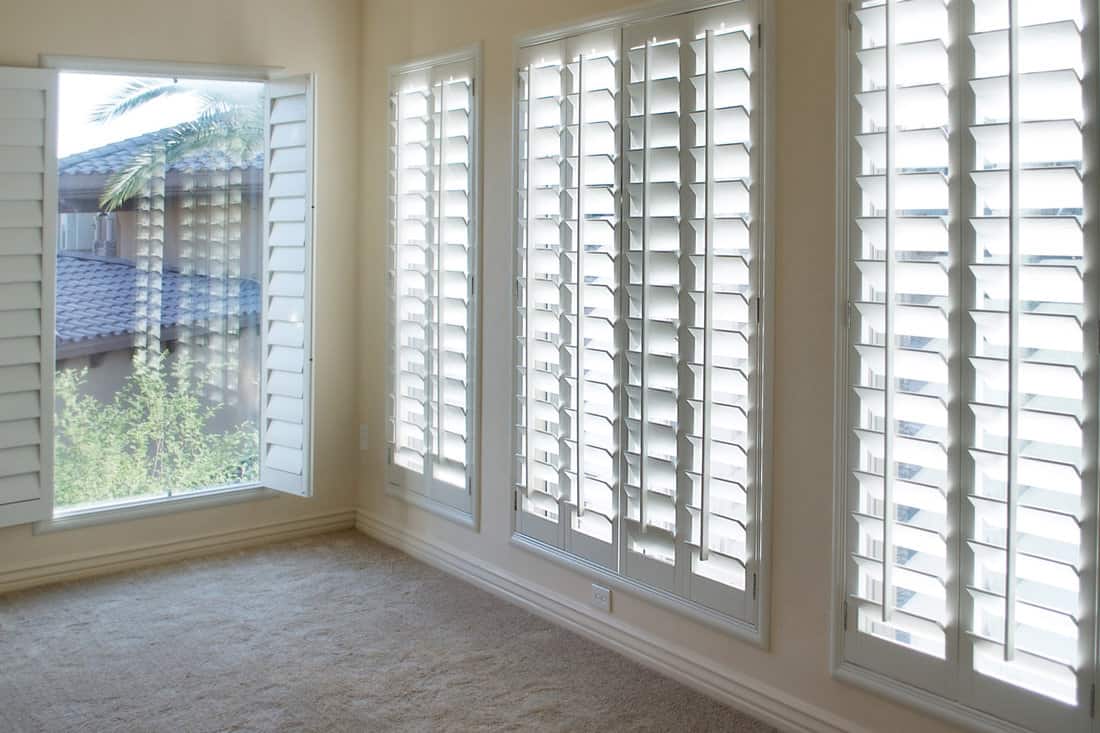 Whether or not the shutters on your home add value, houses with shutters seem to sell faster. That is, as long as they've been placed correctly. False shutters are fixed in an open position attached to the siding of a home.

Should You Put Shutters On Every Window?

In most cases, shutters are not necessary on every window. The answer to this question completely depends on the purpose of the shutters. Are they for aesthetic purposes, or do you want them to be functioning shutters?

Some people like to have shutters only on the front of their homes. That is because they have them up for the purpose of being visually appealing.

It does not make very much sense to put shutters on the outside of a picture window, double window, or triple window. The main purpose of shutters is to protect the windows which means they will not work for large windows. Windows that look best with shutters are single windows.

People who install shutters that actually function usually put them around all of the exterior windows.

Places that are windy or have harsh or extreme temperatures are the types of areas you'd need to install shutters all the way around. Factor in where you live and its weather patterns before making a final decision about this.

Which Windows Should Have Shutters? 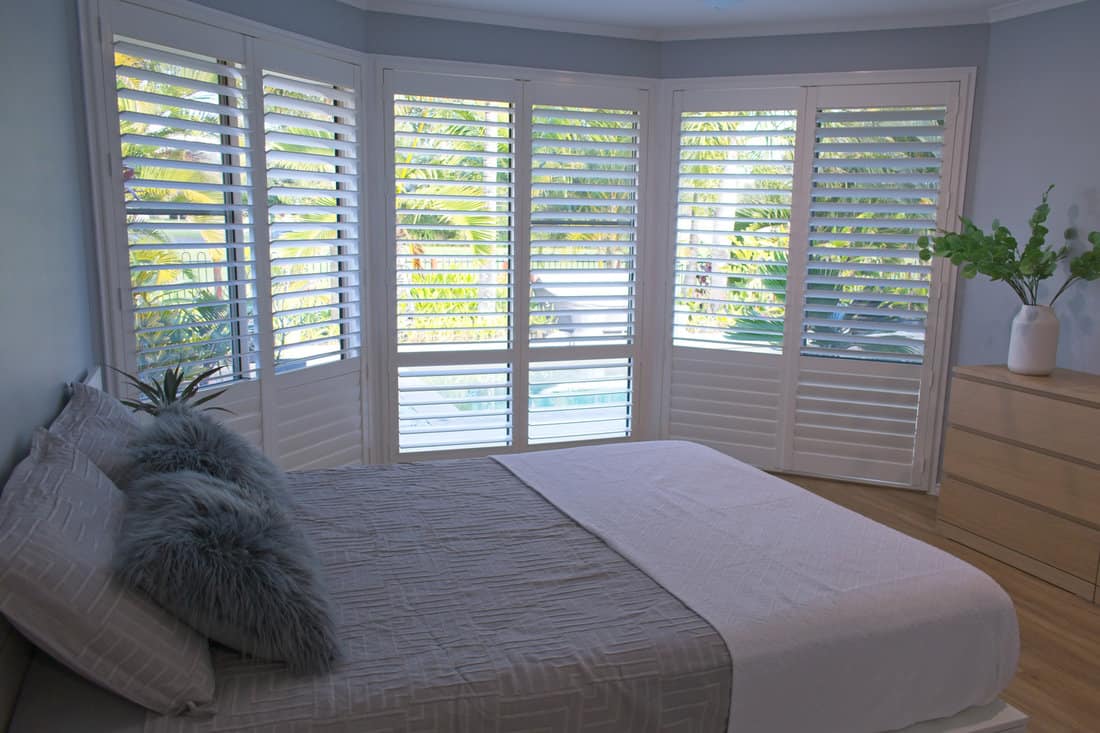 The main point in having shutters is the privacy that they provide, protection from the weather, and that they add aesthetic value. They do not function properly if the window is taller or wider than they are. Some shutters are false for visual purposes.

Even though a picture window isn't the best suited for shutters, others certainly are under the right circumstances. The best answer is for which windows should have shutters on both sides of windows that stand alone. These are known as single windows.

For one, you have to start by considering the size of the window. If shutters are not intended to be functional, you can put them beside whatever window you choose. Whether or not you will like the way they look by a bigger window is questionable though.

Shutters do not look good beside a round window. Or, if the window is wider than it is tall, shutters aren't the best idea. Windows that can be covered by regular shutters or plantation shutters are the best windows for shutters.

A lot of people like to add shutters around the windows of their homes that are false. If this is the case for you, you can add them to any square window that you want. 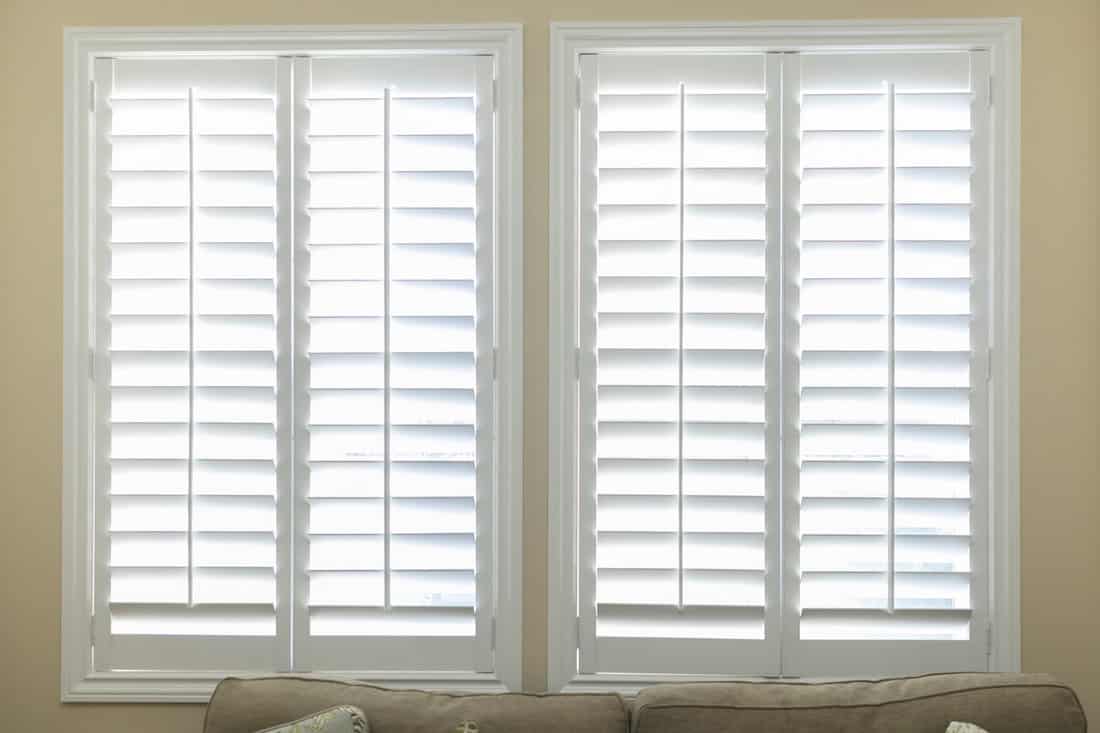 Before you leave, check out the following links also having to do with shutters:

Plantation Shutters Vs Roman Shades: Which To Choose?

Paint Not Sticking To Vinyl Shutters – What To Do?

What Color Shutters For A White House? [6 Colors To Choose]