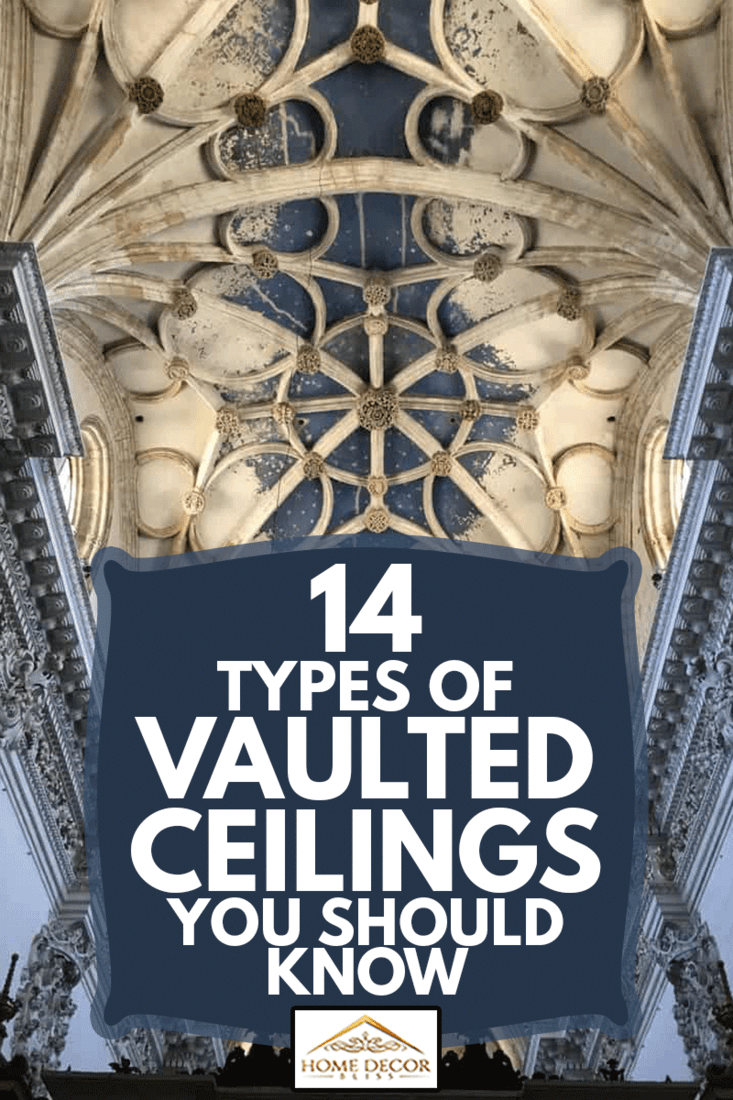 Domed ceilings, one of the most popular vaulted ceilings, are created when a dome is recessed into a flat ceiling. Traditionally occupying only a portion of the ceiling, domes become more challenging to fabricate as you try to make them bigger. To create a more dramatic effect without increasing the dome’s size, consider accenting your dome vaulted ceiling with crown molding. The dome ceiling in the example below is, of course, not a typical home dome vaulted ceiling but is the perfect example of the dramatic effect that can be created with this look. 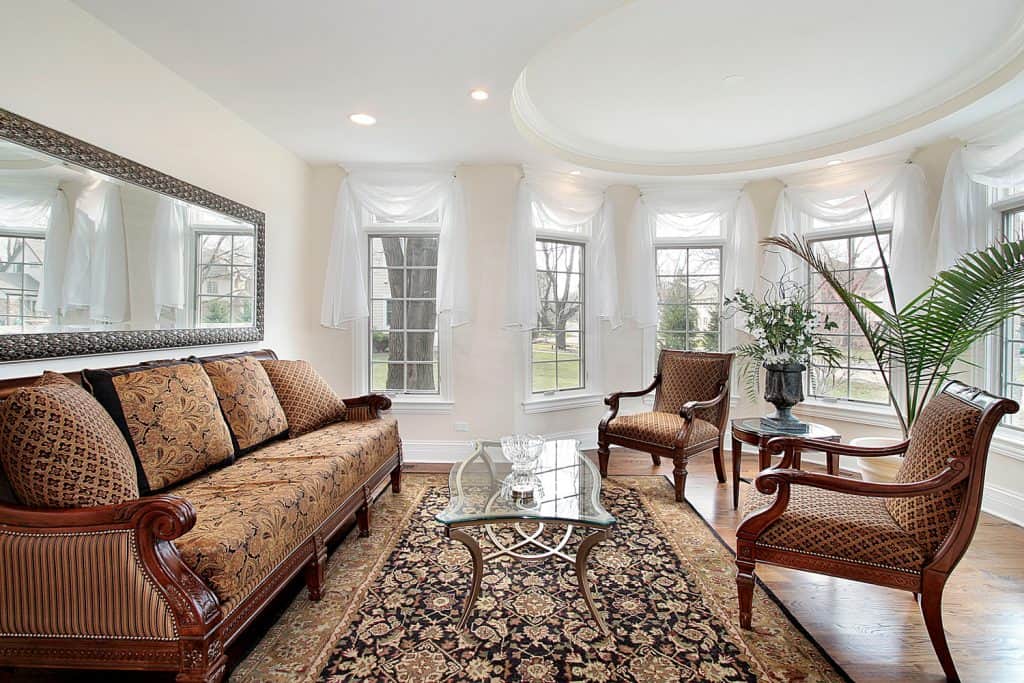 To soften the overall look of your space, a cove ceiling may be the answer. Cove ceilings can give your room a sleek, upscale look by rounding out the corners and edges of your ceiling. The white cove vaulted ceiling pictured below gives the living room a modern, streamlined look.

The cloister vaulted ceiling is comprised of several spring lines or spring points. Spring points are points where an arch begins to curve, in this case, along a wall, all arching toward the same center point. Think of several slices of hot pizza being held up by the crust, and the tips of the pizza slices start to droop a little. All of the tips of the slices of pizza now meet at a center point. This would create a cloister vault, as seen in the example below. 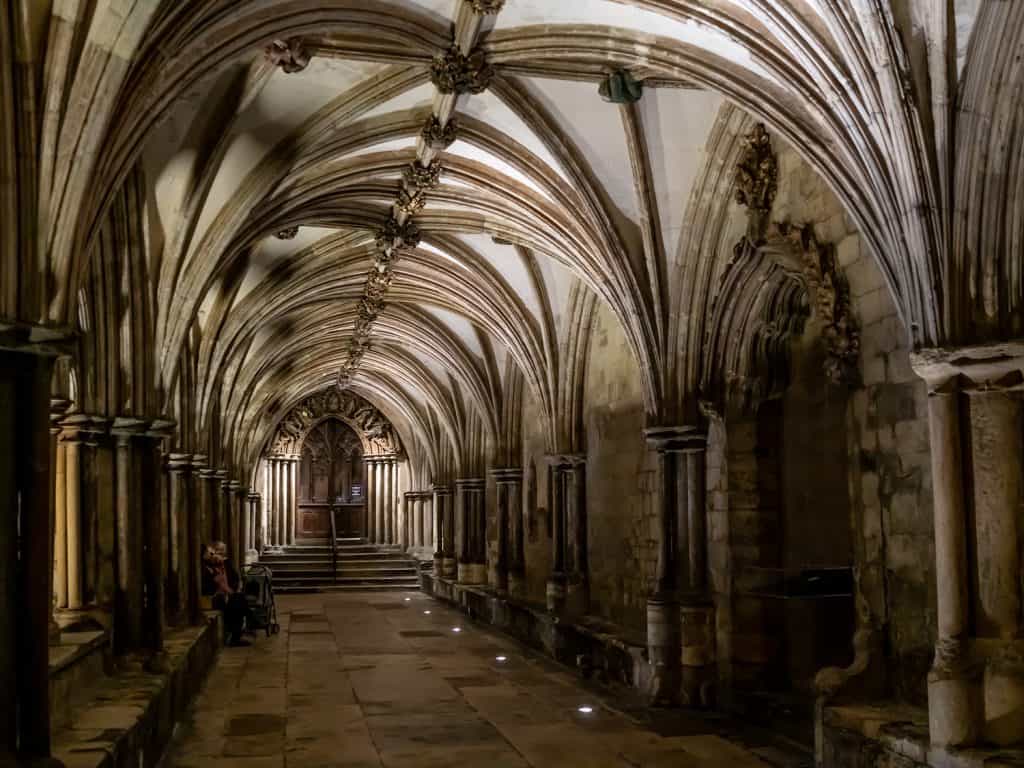 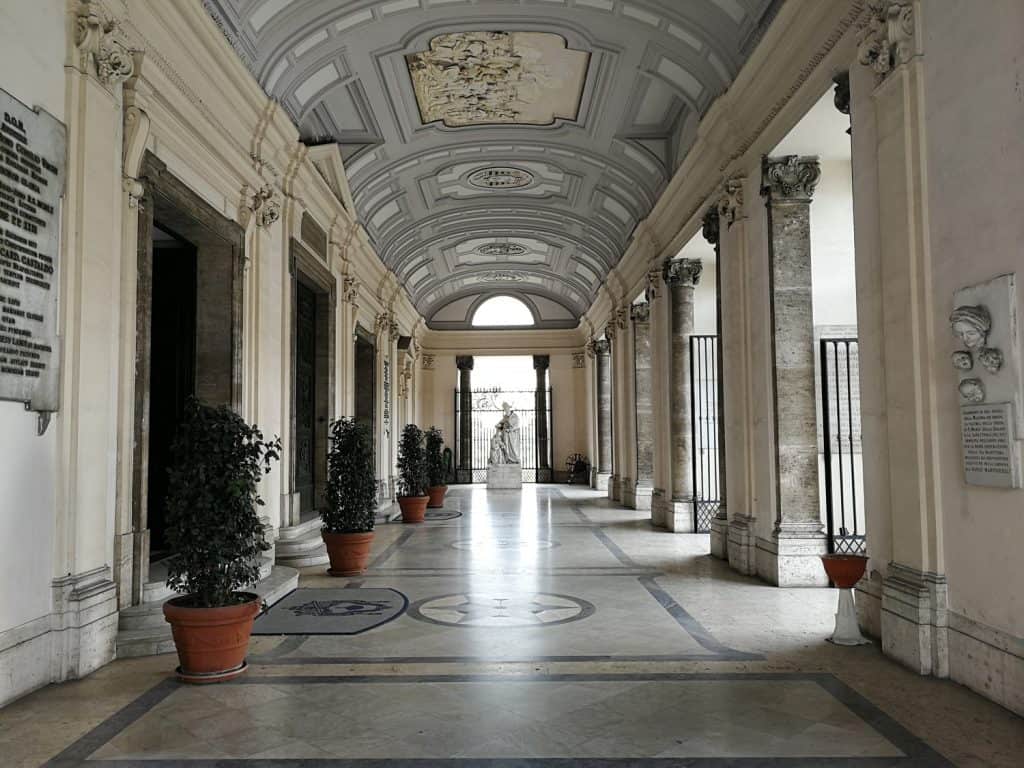 Comprised of two barrel vaults intersected so that they create 90-degree angles, groin vaults sometimes referred to as cross vaults, will grab anyone’s attention. They draw the eye upward to admire this elegant and sophisticated ceiling design. This artistic geometrical look gives any space a dramatic and eloquent effect. The brick groin vault pictured in the example below adds color, texture, and drama to the neutral-colored space.

Rib Vaults offered more flexibility in engineering roofs and walls in Gothic times. They were stronger, more flexible, and easier to construct than the traditional barrel-vaulted ceilings that were popular at the time. Rib vaults are more durable than other ceiling options and allow for taller and thinner walls. This makes them ideal for Gothic architecture. As pictured in the example below, the traditional rib vaulted ceiling gives an ultra-dramatic effect to this cathedral ceiling. 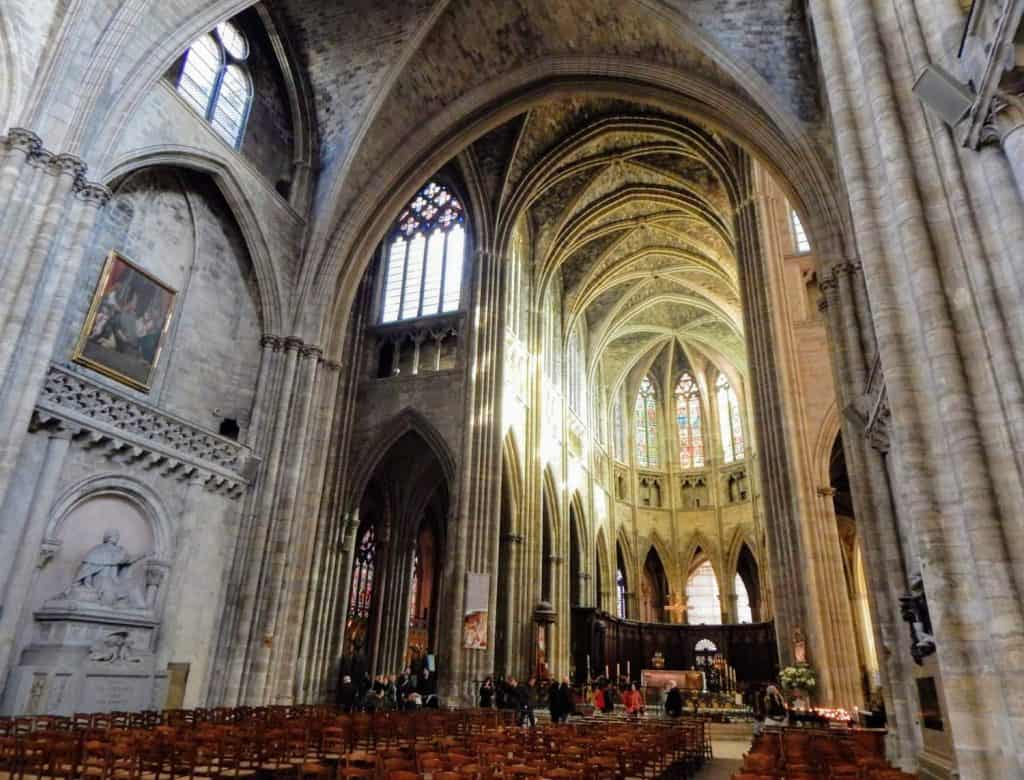 Fan vaulted ceilings have an unmatched unique look that consists of shell or fan-shaped structures that extend from the wall to a certain point on the ceiling, often meeting in the middle of the vault. As a result of this design, an ornate and detailed structure creates a captivating piece of art above your head. The fan-vaulted ceiling in the cathedral pictured below is further accentuated using dark blue, contrasting the neutral cream color for a moody effect. 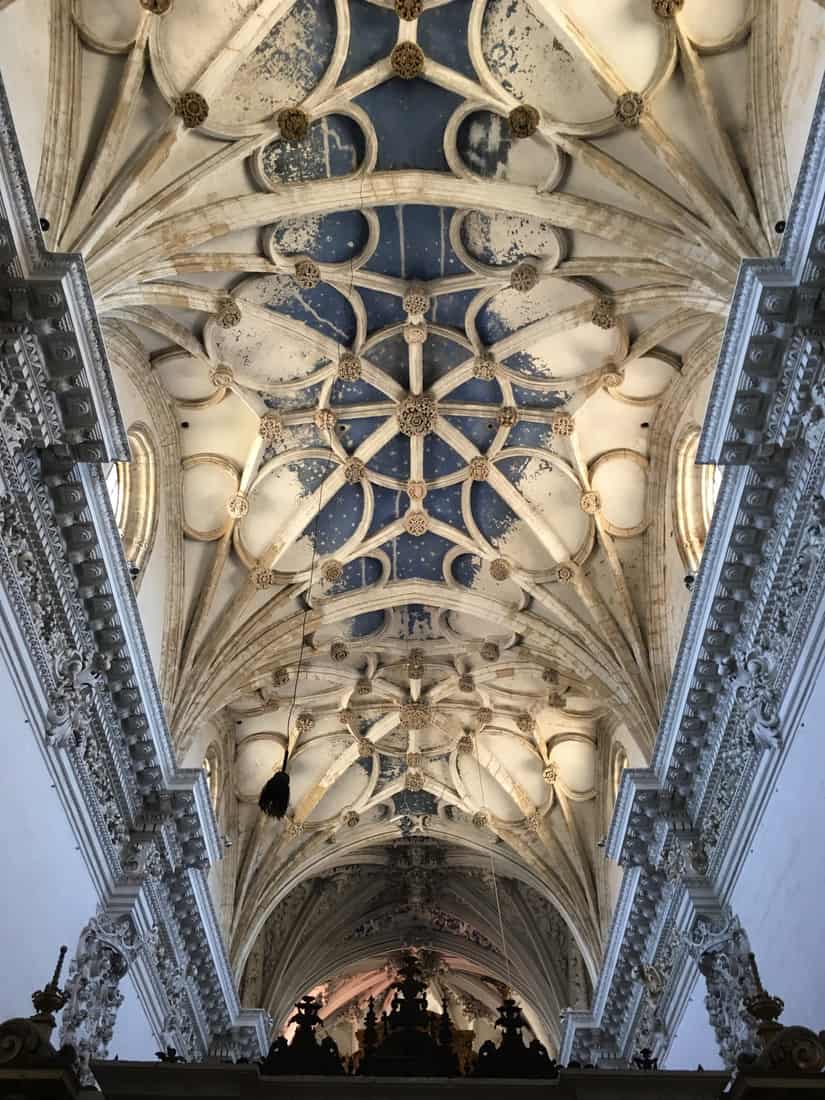 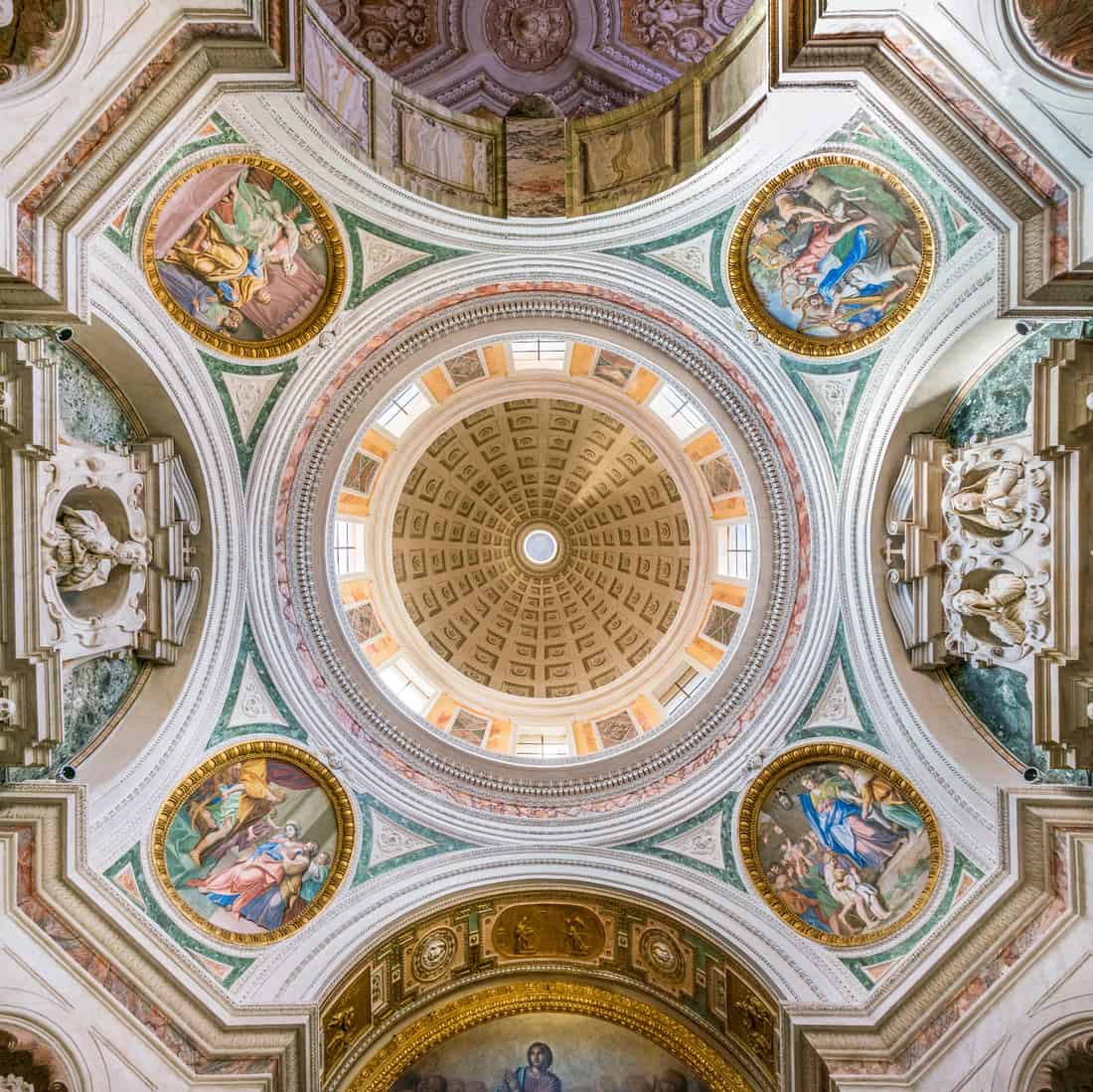 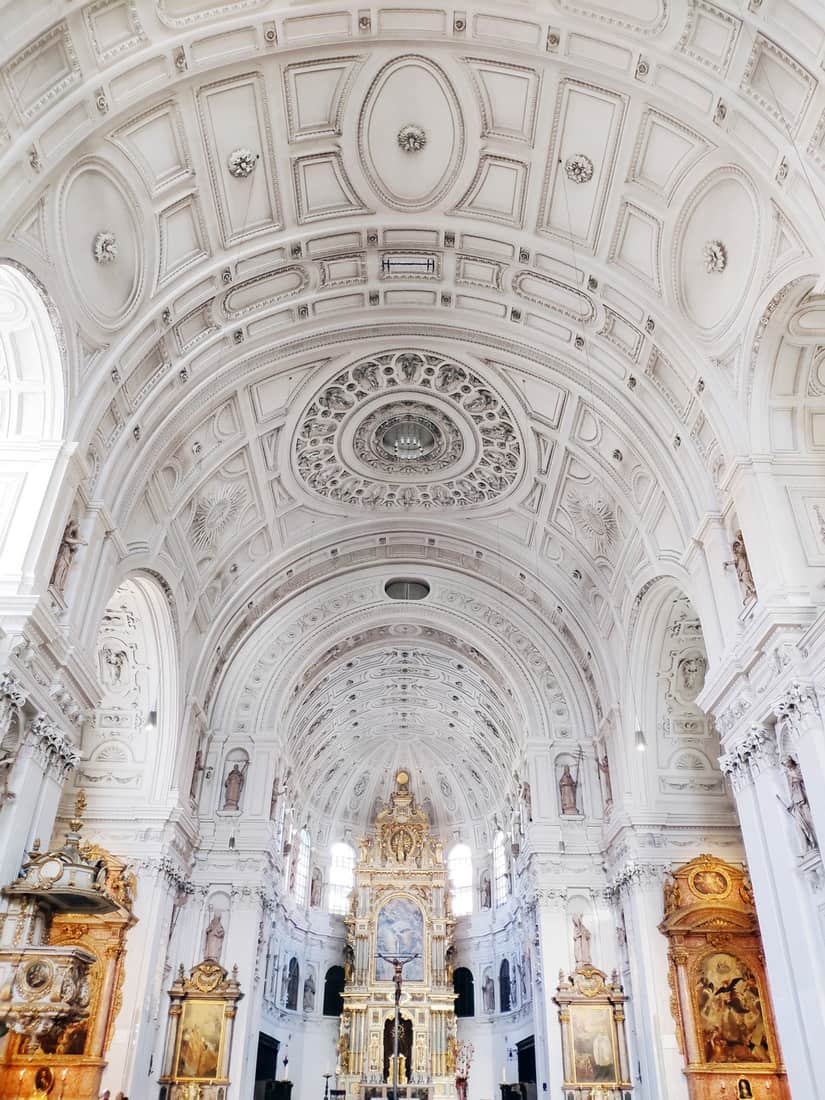 What is the difference between a vaulted ceiling and a cathedral ceiling?

The terms vaulted ceiling and cathedral ceiling are sometimes used interchangeably, although they really aren’t the same. One of the biggest defining characteristics of cathedral ceilings is their symmetrical design. Vaulted ceilings aren’t necessarily symmetrical and may be one solid arch. Either of these designs will add the same illusion of airiness and space to your room.

Are vaulted ceilings out of style?

How can you tell if you can vault a ceiling?

If your home is a single-story home with a pitched roof, it is likely a candidate for a vaulted ceiling. However, because vaulting a ceiling will need modifications that may affect the roof’s stability, always consult with a professional. Most homeowners choose to vault ceilings in a living or family room for maximum impact. Virtually any room is a potential candidate for vaulted ceilings.

Vaulted ceilings add a dramatic effect to any space and tend to draw the eye upward. The airy and spacious feel that vaulted ceilings add to your room can be the perfect complement, especially in homes or rooms with limited space. Before you go, here are a couple of articles that may be of interest to you.

What Is The Best Lighting For Vaulted Ceilings?

How To Get Yellow Stains Out Of Pillows

Should Every Wall In A Room Be Decorated?

How Big Is A Dressing Table?