The frame of your house is what gives it structure and support. You can tell a lot about a house by how it was framed. If you have an older home, it's probably framed differently than a modern house.

When you're remodeling or constructing an addition to your house, it's important to know how it was framed so you don't run into any unwelcome surprises. If you're building a new house, you need to make sure the framing is the right type for your area.

Everyone has seen photos after a severe storm where one house has had its roof ripped off while the one right beside it is seems untouched. The difference between the two houses was probably the framing. So what type of framing is best for you? Read on to find out as we look closely at nine types of light and heavy wood framing options, including roof frames. 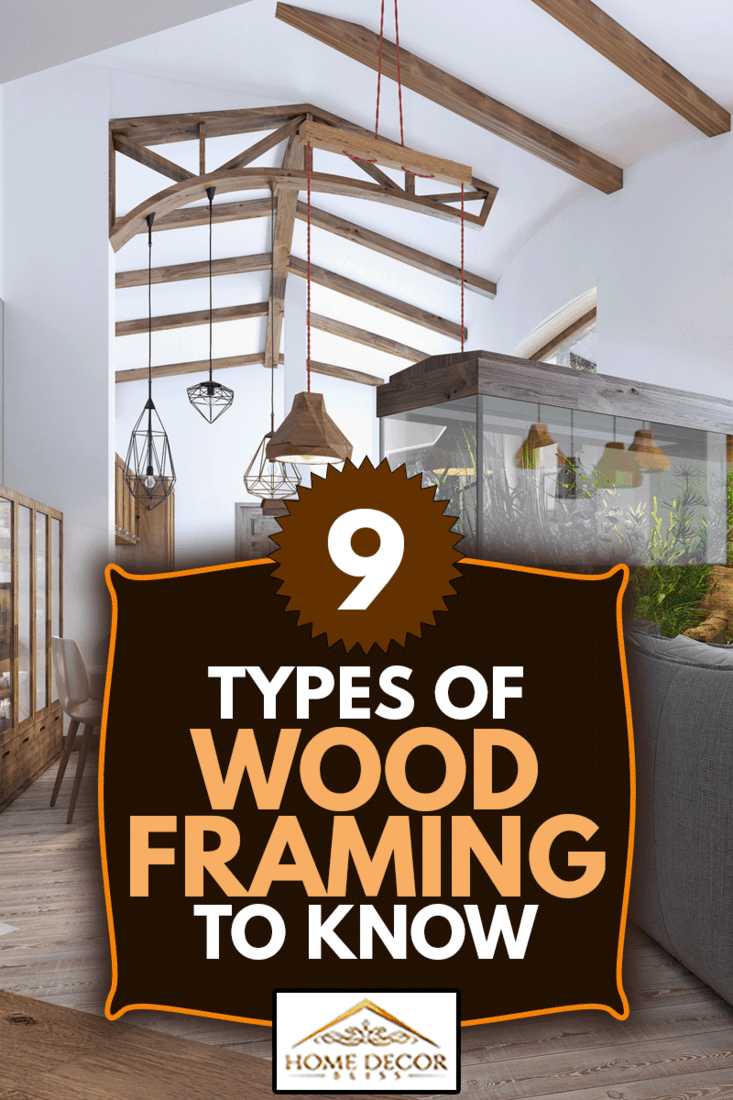 Light framing is the most common type of framing you'll see in modern homes. There are several types of light framing, and each has its benefits and drawbacks. Light framing uses smaller, more closely spaced beams for support. Light framing allows builders to use minimal materials to support a maximum amount of space.

Platform framing is the most widely used type of framing used in residential construction. It's also referred to as western framing. Buildings with this type of framing have support posts called studs that run from the bottom of one story to the top of that story. Essentially, each story is framed as a separate unit. 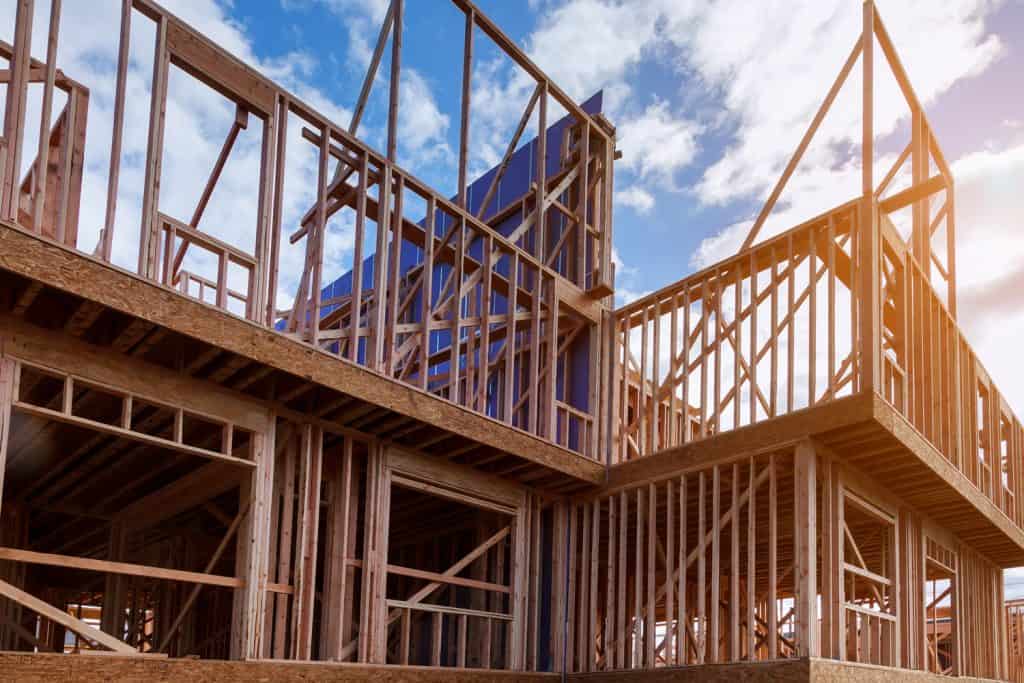 It's name has nothing to do with the structural method used. Instead, it was a negative term used to describe this light way of framing at a time when most construction framing was done with heavy timbers. It was the predominant method of framing in the US from the 1890s until the 1930s. 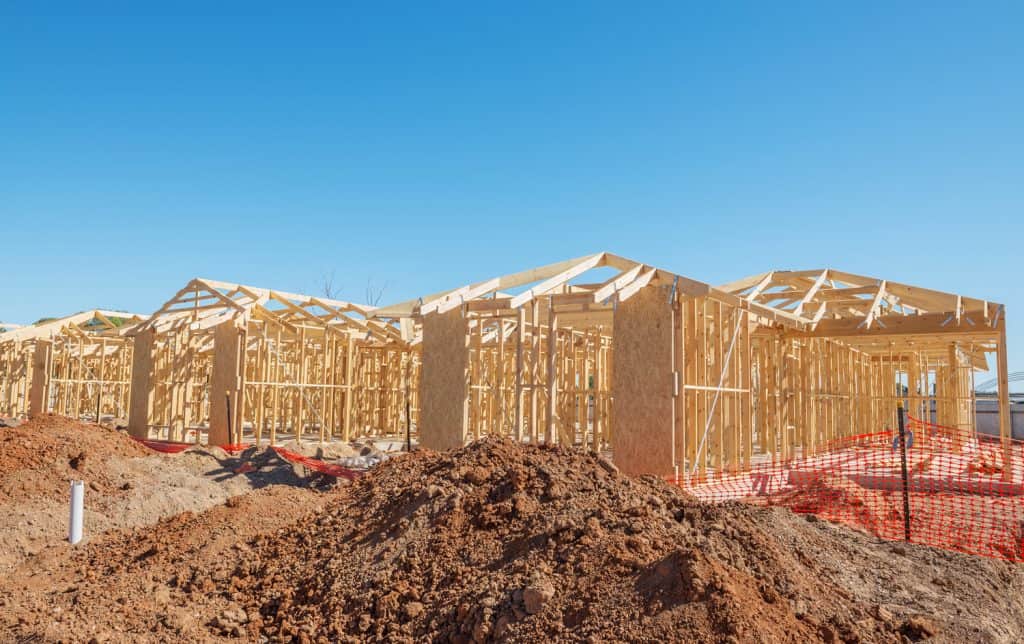 The biggest drawback to balloon framing is that it leaves an open cavity between the bottom of the floor and the roof. Since many houses using this type of framing were built before insulation was common, these cavities provided a way for fire to spread very quickly between floors. Moder buildings that use balloon framing have a fire stop installed to prevent this.

There are several advantages to balloon framing, however. You're less likely to have cracks develop on your interior or exterior surfaces because the longer studs don't shrink as much. With balloon framing, you're also able to have large openings in the wall, which you may want for an open foyer or large picture windows. Balloon framing is also better able to withstand high wind speeds. 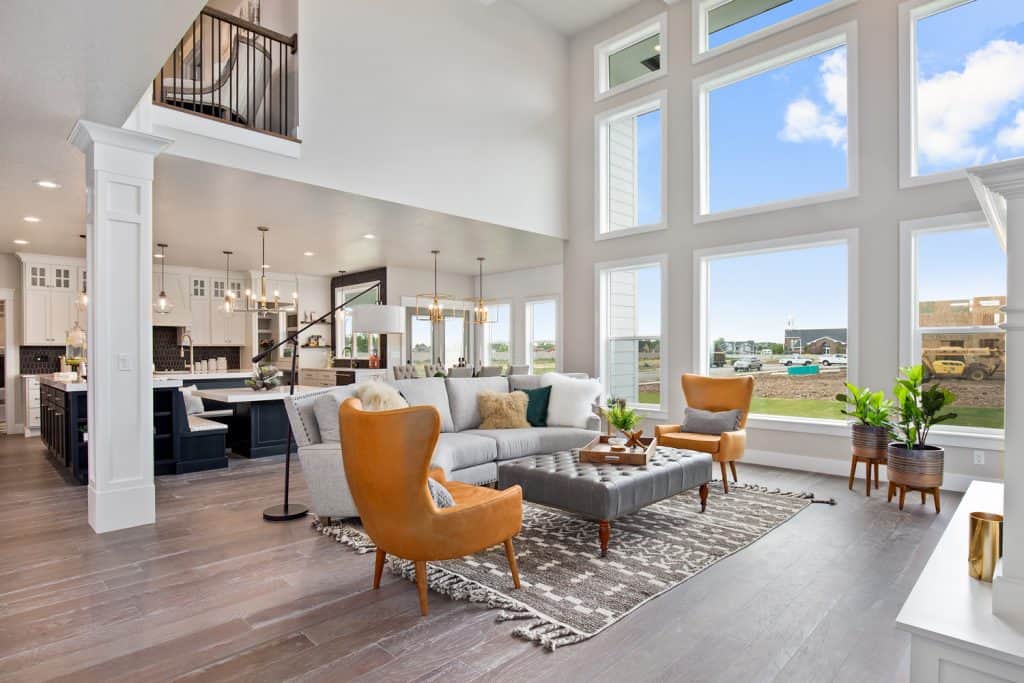 Heavy framing involves using few but larger support beams. This was the predominant type of framing used before the 1890s. It uses mortise and tenon joints or metal plates instead of nails for joining beams. It's a much more labor-intensive and expensive type of framing. However, it's beautiful and durable.

Timber framing is the gold standard of heavy framing. Beams are joined using mortise and tenon joints and secured with wooden pegs. This type of framing can last for centuries. It requires a skilled craftsman to make the joints. It's also more expensive to design.

Timber framing is no longer widely used. However, there are still people who do this type of construction if you're custom building your home. 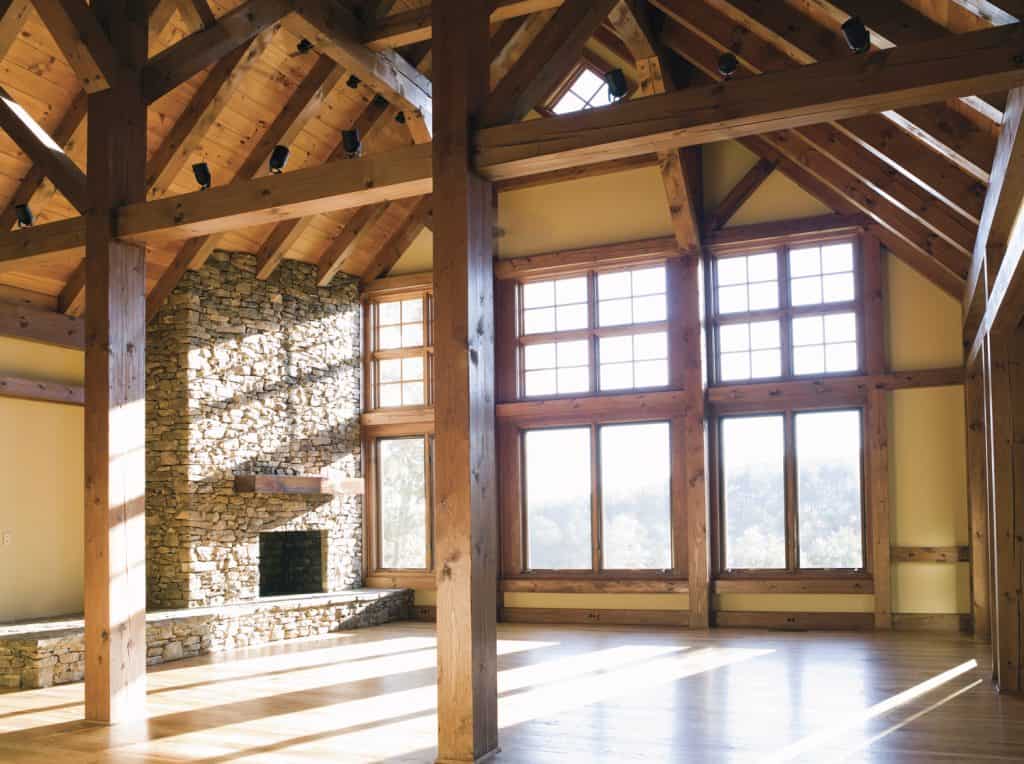 Post and beam framing is very similar to timber framing. Instead of using mortise and tenon joints, post and beam framing uses metal plates for joints. The disadvantage of this is that condensation can collect on the metal joints and cause the wood to decay.  Because the joints are different materials, it's easier for the wood and metal to work loose from each other.

Plank and beam framing is another elegant and historic method of framing. It uses large beams with planks of wood in between them. The planks are at least two inches wide but often wider. Several different methods can be used to join the planks.

The planks can be tongue-in-groove or grooved with a spline. This is still a popular method of framing ceilings since it allows the ceiling to be exposed. This aesthetic is very popular in the modern farmhouse aesthetic. It can be used for just the ceiling if you want to add a custom touch but don't want to invest in plank and beam framing in your entire house. 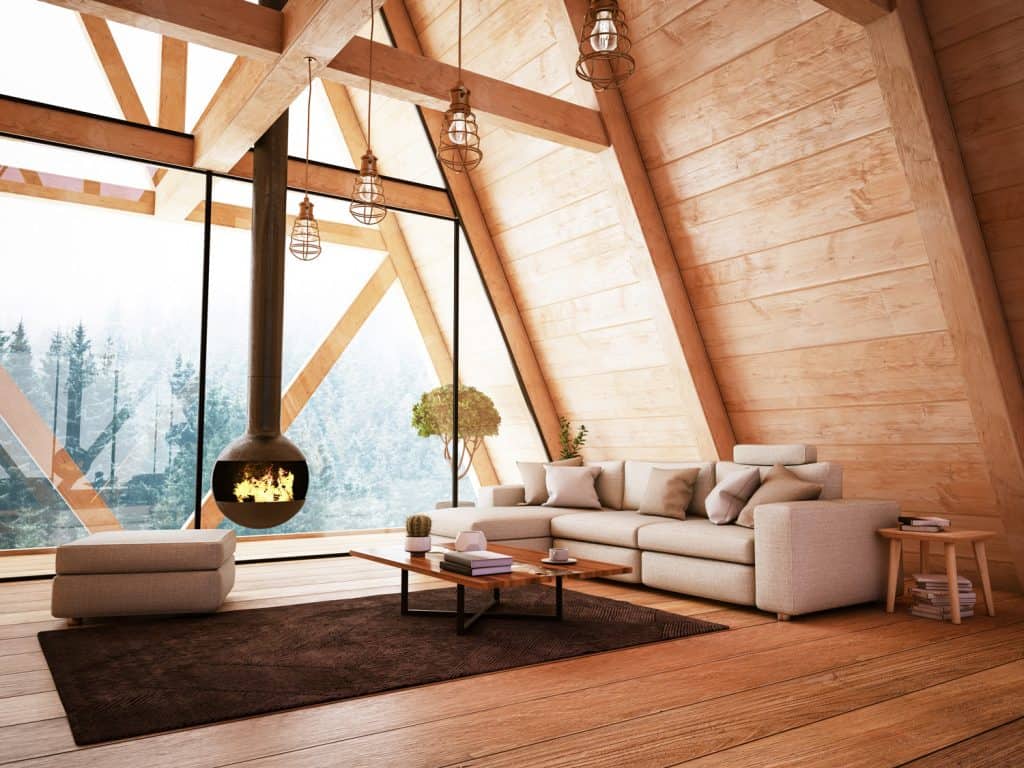 This iconic type of framing is used in log cabins. It's been used for centuries to build structurally sound houses. It uses the entire tree, cutting down on waste. Round wood timber framing is immediately recognizable. It may not fit into a suburban neighborhood, but if you love the look of log cabins, this can be a great option for you. 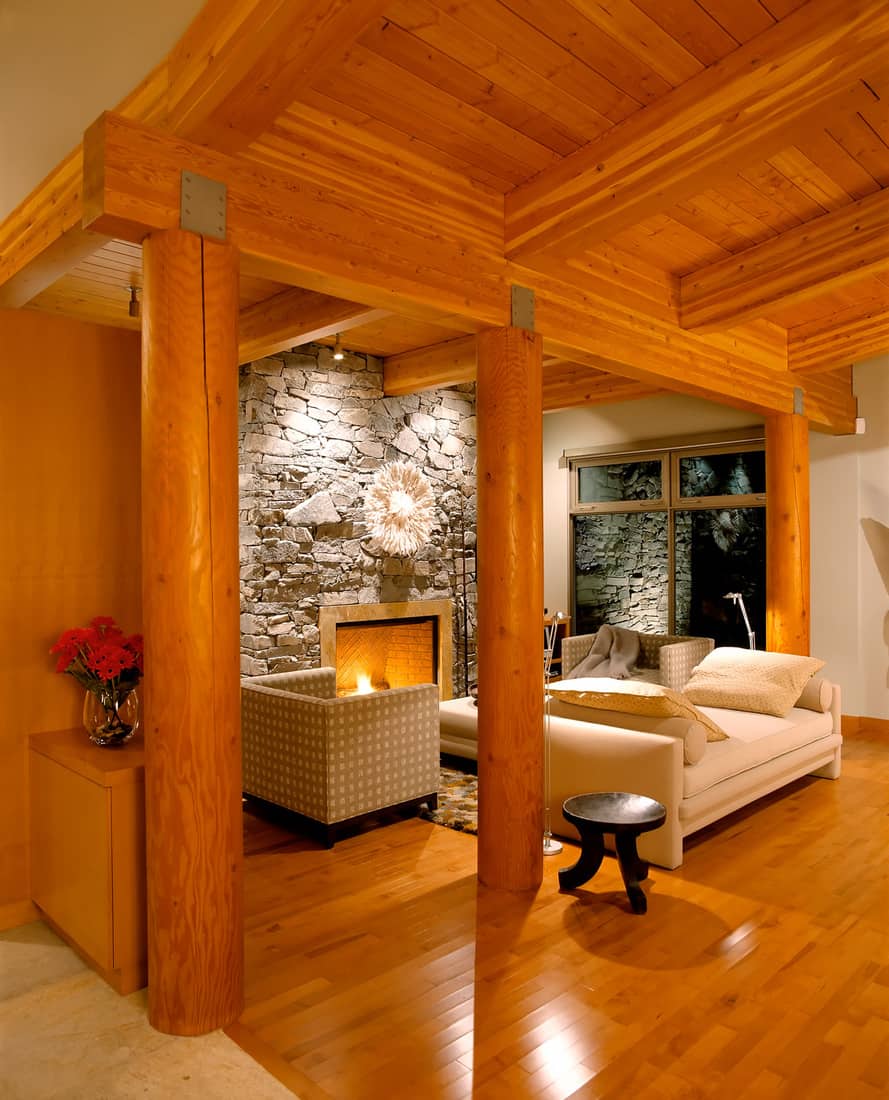 Your house will be much stronger. This is obvious just looking at log cabins. The support beams are massive compared to some of today's lighter frames. Round wood timbers are less likely to warp than traditional beams. If you're up to the challenge and have some help, there are a lot of resources to help you build your own round wood timber frame house.

Braced framing is most often used in buildings that need to withstand high winds or seismic pressure. Bracing is done by adding a support to the studs so that the building doesn't sway side-to-side. This can be done in a number of ways.

When it comes to roof framing you have two basic choices, rafters or trusses. There are pros and cons to each. Most modern houses are built with trusses, but sometimes rafters are a better choice.

Trusses are prefabricated sections of roof structures used to frame the roof and tie it in with the house. Trusses use a web of triangular supports. They are designed to distribute the weight of the roof over a large area. You will use multiple trusses from one end of the house to the other.

Because they are built in a factory, the quality of the trusses is highly regulated. They don't have to be stored on-site, and can be delivered whenever you need them. You can frame a roof more quickly with a truss, so they won't slow down your construction. 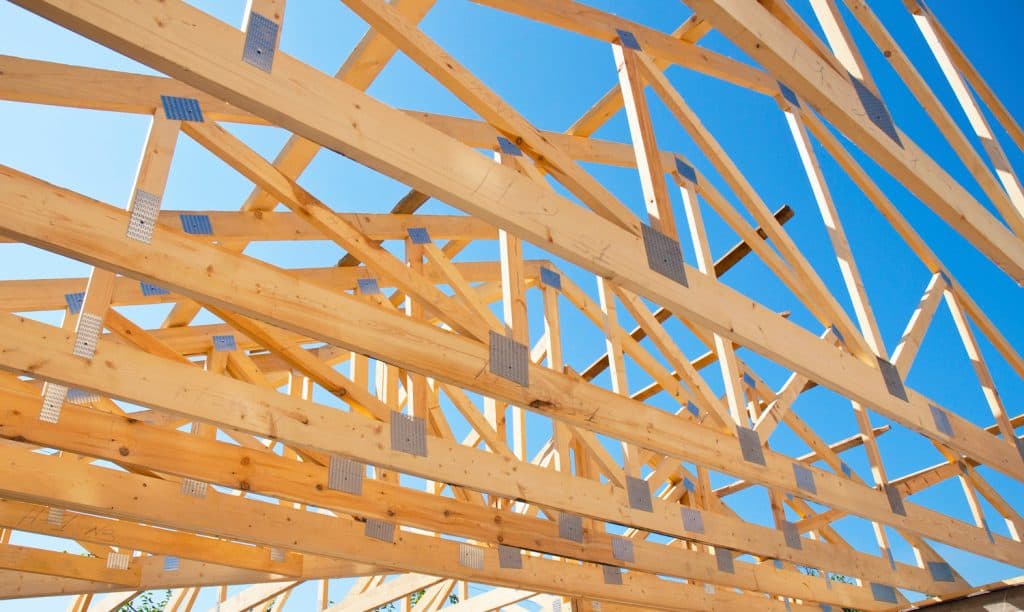 Trusses also have some drawbacks, though. They are more expensive than stick-built framing. Because they're evenly spaced throughout the roof, they cut down on the available attic space. Trusses make it almost impossible to later convert the attic to a room. They also limit your ability to store stuff in your attic.

Rafters are also called stick framing. It's built on-site. This involves building beams that run from the peak of the roof to the outside walls. These support the roof. Ceiling joists run horizontally across the floor of the attic and tie into the beams that support the roof.

Rafters allow you have to more open space in your attic, so it's a great option if you plan to convert your attic into a room later or if you just want more storage space. Rafters also allow you to customize your ceiling. You have more design options with rafters than with trusses. 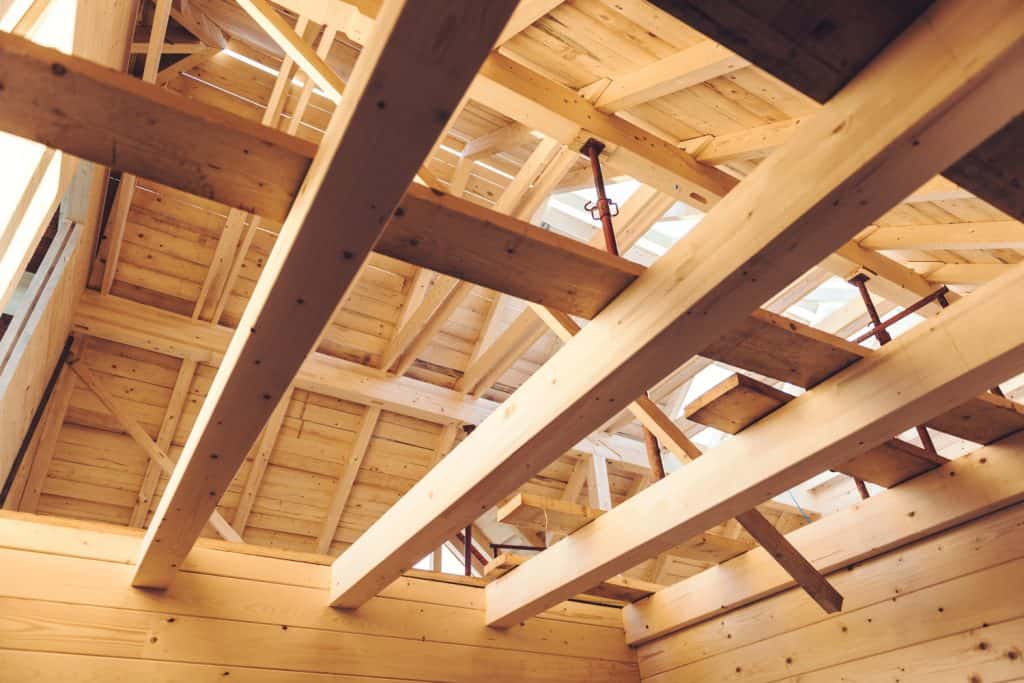 Rafters require more skill to build than trusses, so they may increase your cost. They're also more time-consuming to build compared to trusses that can just be ordered. As trusses become more common in modern buildings, building rafters is becoming a sought-after skill.

Now that you know the different types of framing used to build houses and when they were widely used, you can tell a lot about every house you visit. If you're buying or building a house, you'll be able to make a more informed decision about what type of framing best suits your needs.

How Often Should You Clean Your Bedroom?

How Can I Light My Porch Without Electricity? [A Complete Guide]

It was interesting to read your article about the various types of wood framing. I liked learning that roof trusses allow you to frame a roof quickly. I think it would be crucial to hire an experienced roof truss service.