When you are framing a project, it's good to know just how it will be assembled before you start. Whether you are framing a house or a shed, you'll want a sturdy frame. There are two main fasteners to choose from when building the frame to assemble your lumber framework: screws and nails.

Whether you use a screw or a nail is dependent on your project. Choosing a nail or screw not suited for your project can cause some major structural issues, so we've researched hardware type, sizing, and when it is best to use each.

Two kinds of nails are recommended for use in framing: common nails and framing nails.

For most framing projects, you should use sturdy 0 or 9-gauge nails, 2.5 to 3.5 inches. On the sizing system for nails, this falls within the 10d to 16d range. As for screws, two popular framing options are structural screws and construction screws. A good standard screw would be a number 9, 2.5-inch construction screw.

A few other tips:

Wood screws and nails come in a variety of sizes and gauges. The specific gauge and length you use will depend on the level of strength needed for the structure you are building. You must also consider the load type it will experience and local building regulations if applicable. Keep reading for all you need to know about why you would use one over the other and some general sizing information. 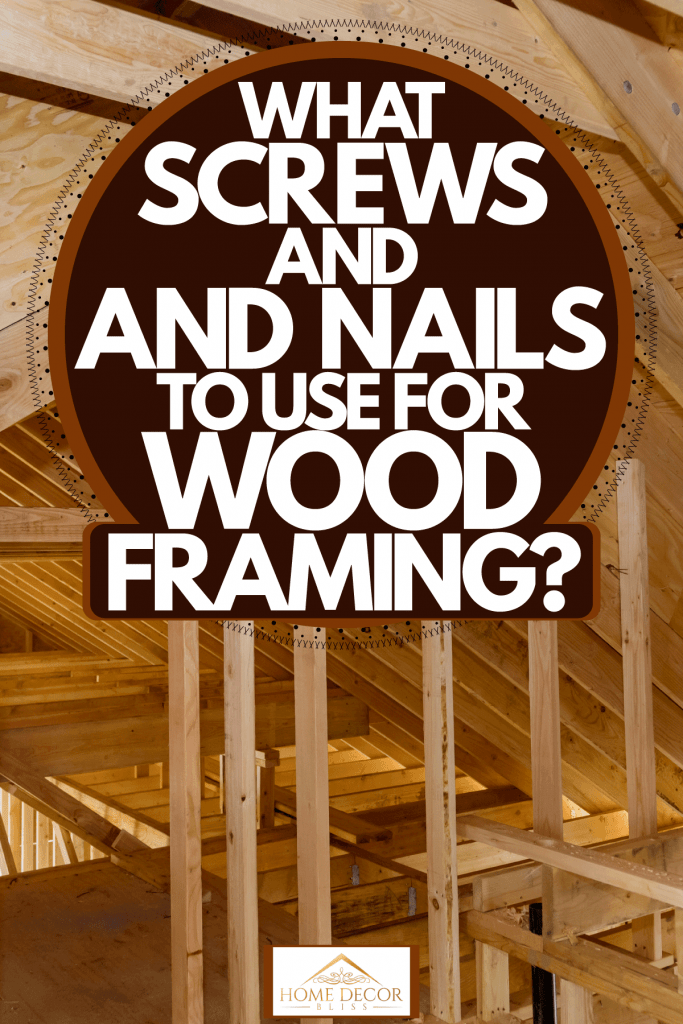 Can I use screws instead of nails for framing?

You can build your framing with screws instead of nails. Still, they should only be used on framing that is not load-bearing. Other than that, nails are widely preferred over screws for housing projects.

Although nails are preferred for many projects, screws are the fastener of choice for some building projects. You would want to use screws on things like decks and smaller woodworking projects. Their flexibility and cheaper price point may draw you to work with nails instead.

That is important to consider because framing a big project will require a lot of material.

You will only find a few kinds of screws that are suggested for framing projects because screws are not as flexible under pressure. Because of that, you will notice that using screws for framing houses is against many states' building regulations. So be sure to check local regulations before going with screws. 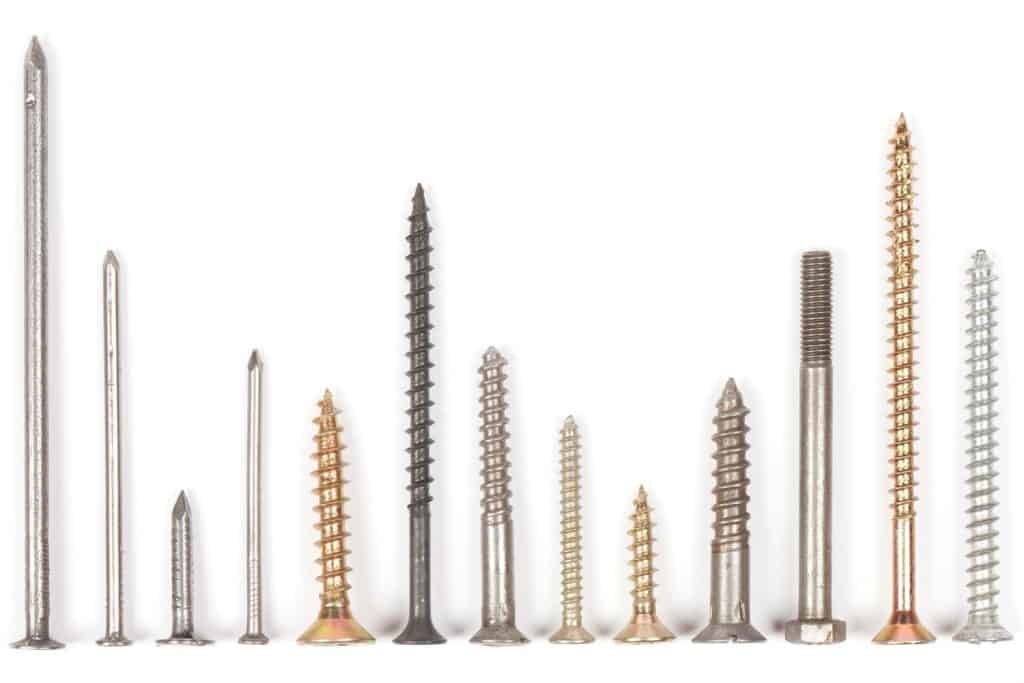 Why would you prefer a nail?

The reason why a nail is better than a screw for framing is because of its flexibility. There are two kinds of strength associated with fasteners, and those are shear and tensile strength. Shear strength is the amount of perpendicular force an object can bear.

Tensile strength is the amount of parallel force it can bear. Nails have high shear strength, while screws have more tensile strength.

To put it into perspective in a framing sense, when using a fastener to join two upright lumber pieces, the fastener connects them perpendicularly. If there is a screw going through both pieces horizontally and the structure experiences a vertical force, the screw can snap.

On the other hand, nails are more resistant to snapping and will flex while maintaining their hold.

Why would you prefer a screw? 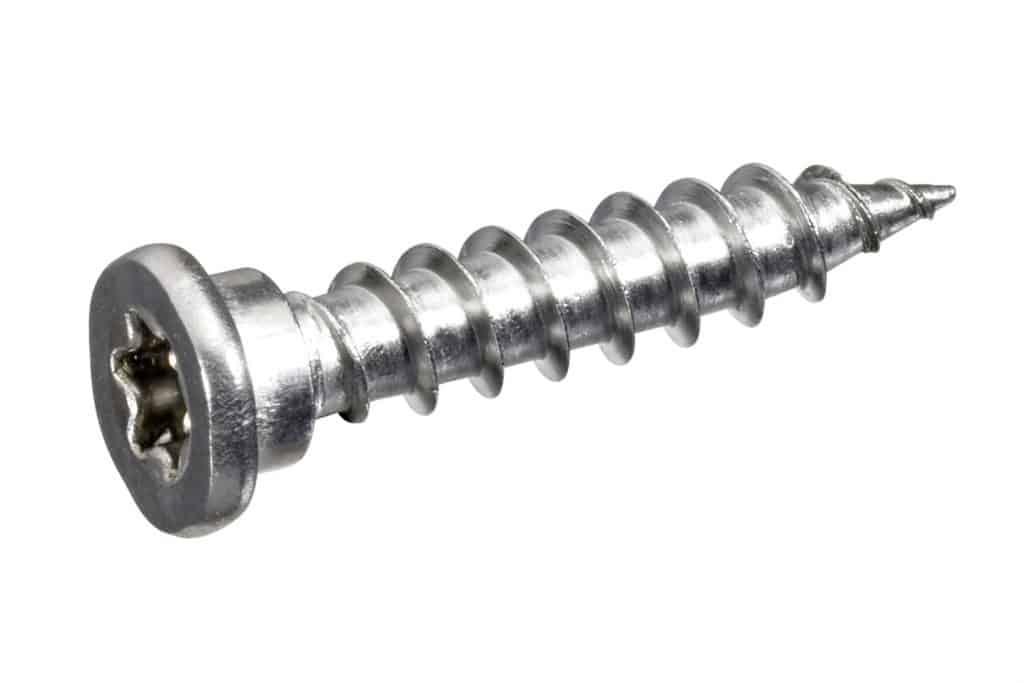 On the other hand, screws have better tensile strength and are more resistant to slippage. This is great for when you have a structure that may receive force going in the same direction as your fastener.

If you try to pull apart two planks that are nailed straight together, the nail will not resist sliding out of the wood that well. A screw will dig into the fibers of the wood and prevent them from being pulled apart.

Now that you know the main difference between the two, you will better be able to pick a fastener suited for your project.

How do you know what size wood screw to use?

When picking the length of wood screw to use, there is a general guideline. The fastener you use should be around 1.75 to 2 times the length of the pieces of wood you are connecting. For example, if your boards are 1 inch thick, you would use screws within the 1.5 to 2-inch range.

What size screws for 2x4 framing?

Two-by-four framing has dimensions of 1.5x3.5 inches. For 2x4 framing, the best gauge of a screw to use is a number 9 or 10. As for length, that will depend on how the pieces are connected.

If being joined face to face, using our rule of thumb from earlier, we can conclude that you should use 2.5 to 3-inch screws. If the boards are being connected face to end, a longer screw will be required. Use screws that are 3.5 to 4 inches, in that case.

What size screws for 2x6 framing? 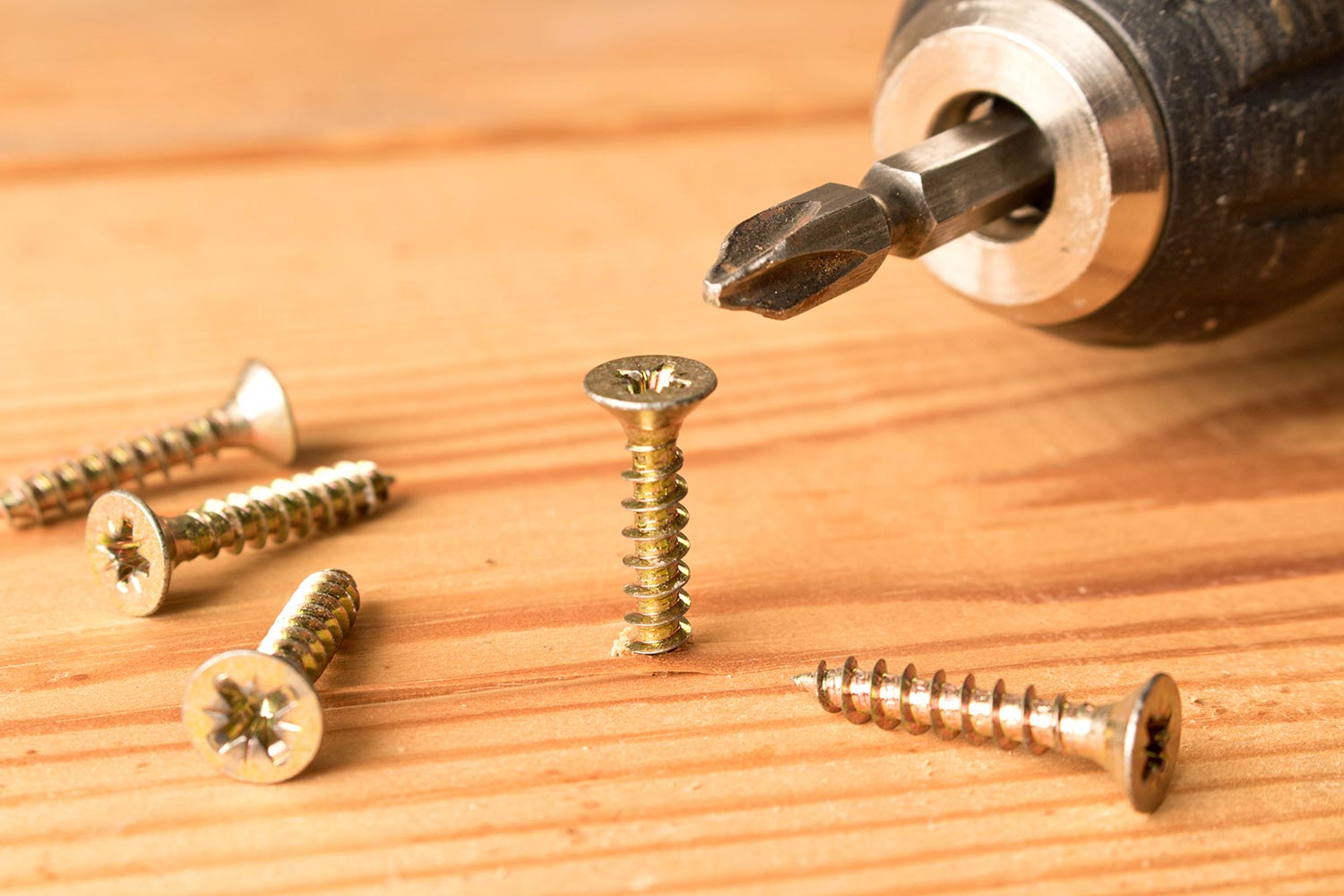 Two-by-six framing has dimensions of 1.5x5.5 inches. For this framing, we would use the same size screw as a 2x4 if joining the pieces together face to face and face to end.

The screw length did not change because 2x4s and 2x6s have the same length and height dimensions. The only thing different is the width. Due to the difference in width, you may want to add more screws to increase stability. However, the length of the screw required is still in the 2.5 to 4-inch range.

Remember that not all screws are created equal or for the same purposes. For all kinds of framing, if you use screws, make sure you use construction or structural screws.

Other screws used for things such as drywall are really not strong enough to support the weight that construction screws could. Using the wrong screw could decrease structural integrity and cause the screw to snap under pressure. Always use steel screws for framing, even if they will not bear a heavy load.

How long should screws be for studs?

In general, for studs, you want the nail or screw to be an inch into the stud after going through other lumber. It is important not to go past an inch or run the risk of drilling into electrical components. So, for a secure hold, the length of the screw needed will depend on the dimensions of your building material.

To go through a single 2x4 and into a stud, the screw would need to be about 2.5 inches to avoid drilling too deep. If you are experienced, then you are well-equipped to drill into studs.

Due to the sensitive nature of studs, for less experienced builders, it is a good idea to use hand tools to avoid splitting the stud or drilling too far. There are studs throughout the entire structure to share the load, so you will not face structural issues if there is damage to a stud.

Do you need a nail gun for framing?

You do not need a nail gun for framing. You can get it all done with a good old-fashioned hammer and a box of nails. Even though using a nail gun will save time and energy, it also takes away some control.

Since it does the work quickly and efficiently, it does not allow for a change in driving force. There is little control over nail depth, and you may find that it could place your nails incorrectly.

What size nails do framing nail guns use?

Framing nail guns can use many different kinds of nails. The range it typically uses is 2 to 3.5-inch nails. Some nail guns will not go up to that 3.5-inch nail length and fit a maximum of 2.5-inch nails instead.

When purchasing a nail gun, just be sure that it can fit the longest nail length used in your project. Any nail gun marketed specifically for framing will be able to fit a framing nail. You will not be able to fit framing nails into a finish nailer; those use smaller nails intended for trim and molding.

If you need some tips on what nail gun you should buy, check out "5 of the Best Nail Guns for Wood Framing."

What size nails for 2x4 framing?

For 2x4 framing, it is best to use 16d nails. That is about 3.5 inches. When you go to purchase 16d nails, you will find two different kinds: common nails and sinker nails. Common nails are slightly broader than sinkers.

Common nails are good for when you need to support a heavier load. One downside to these nails is that they can split wood if placed incorrectly. That makes them not one of the best choices for all framing projects.

Sinker nails are the sleeker of the two. It has a smaller diameter and has an easier time getting through wood fibers without splitting the wood. Sinker nails are made of epoxy or vinyl, which causes less friction than other materials.

Using wood and nails is a classic way to frame your house. If you are interested in some other framing options, check out "Metal Framing Vs. Wood Framing -What are the Differences?" 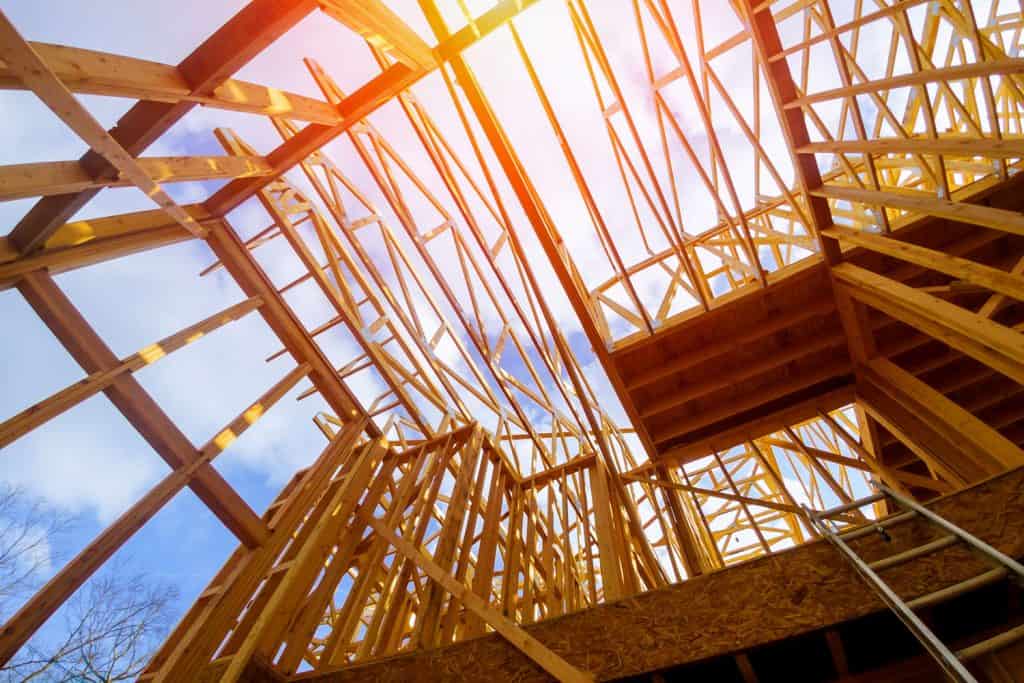 Knowing the correct fasteners for your project is crucial. It will guarantee that the structure will be able to bear the necessary load. You can use nails or screws but make sure you are using the right one for the job.

For framing houses and structures that will be under perpendicular force, it is much better to use nails. The best size nail to go for is 3.5 inches. You can use nails ranging from 2.5 to 3.5 inches, depending on your project.

If you are going to use screws, you want to be sure that they are very strong. They are better for temporary framing projects or something like a deck that would receive parallel force.