Are you planning to mount your TV on the wall, and you’re wondering what size of bolts you should use? You’ve come to the right place, for we have researched this question, and we have the answer for you.

You'll first want to determine the VESA Mounting Interface Standard of your television or monitor. This standard recommends safe mounting hardware depending on the TV hole-mount pattern and weight. M4, M6, and M8 bolts are used for standard wall mounting brackets for TVs and computer monitors.

The succeeding sections will explain clearly when each type of bolt is used. Additionally, we have everything you need to learn how to mount TVs and computer monitors on the wall. Read on! 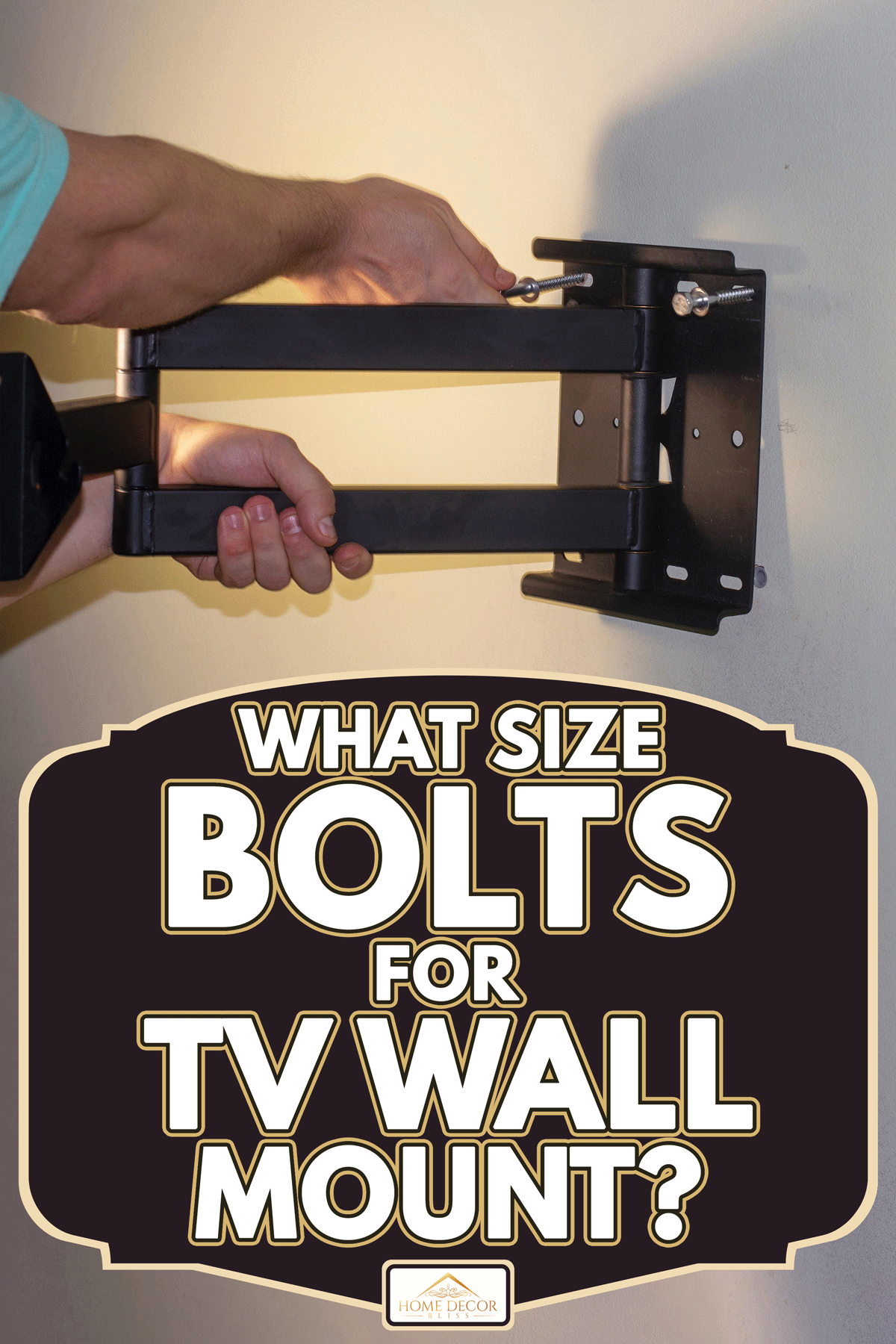 What do you need to mount your TV?

It is easy to mount a TV or a computer monitor on the wall if they were made to be mounted. A mounting standard for flat panel television and computer monitors was established to make it easier for various equipment coming from different manufacturers to work seamlessly together when it comes to mounting. 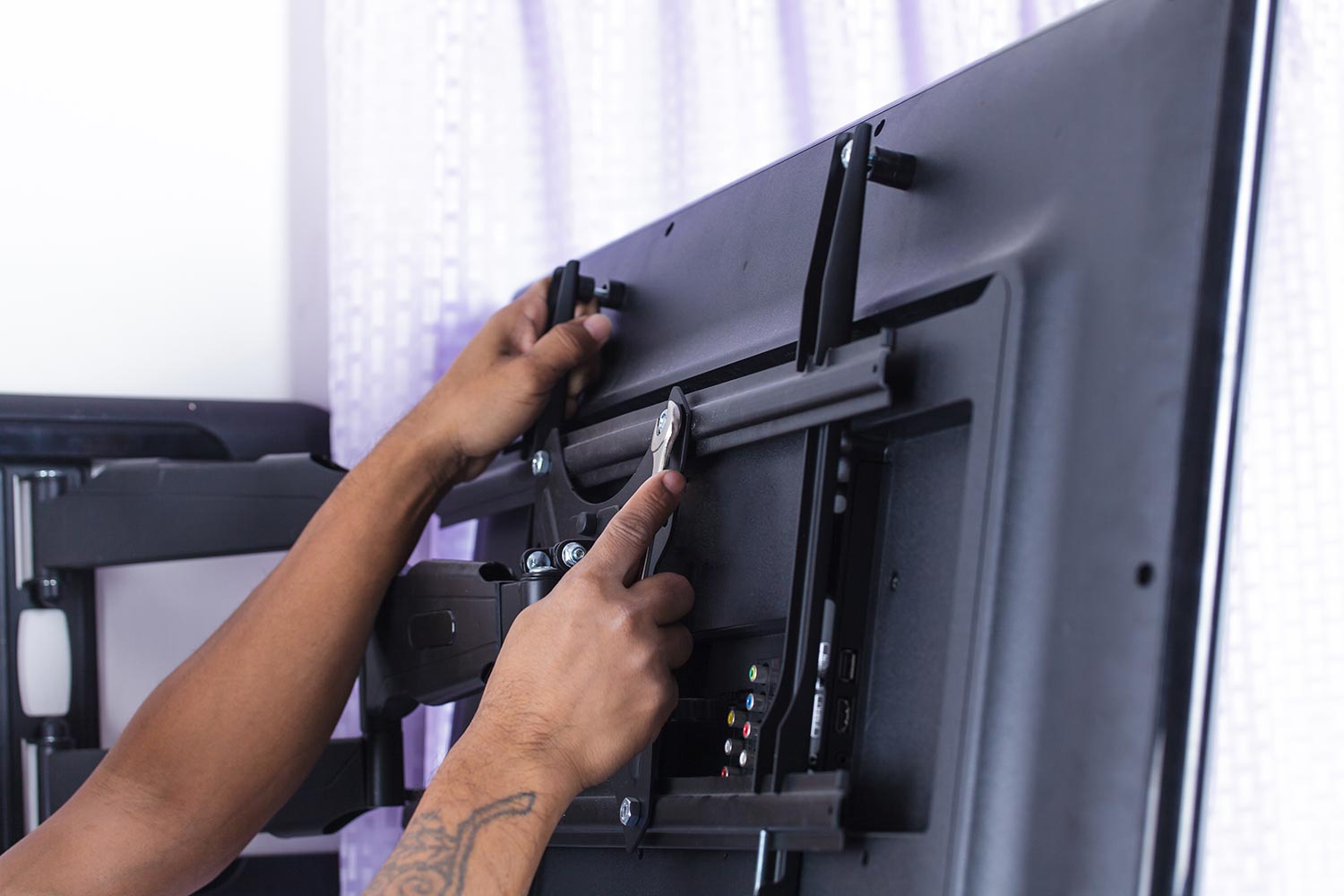 VESA, or the Video Electronics Standards Association, is an American technical standards organization. It was incorporated in California in 1989. It now has more than 300 member corporations.

VESA is responsible for establishing the FDMI (Flat Display Mounting Interface) standard, also known as the VESA Mounting Interface Standard (MIS). It is colloquially known as the VESA mount. It is a family of standards that defines the standard measurements to be used for mounting flat panel monitors, televisions, and other similar displays to stands, wall mounts, or ceiling mounts.

The VESA MIS is used in most modern flat-panel monitors and televisions.

Keep in mind, however, that the measurements in the VESA MIS use a combination of millimeters, inches, and pounds even though they are an American organization.

Which VESA standard does your television use?

If you no longer have the datasheet, or if it doesn’t have this information, you can find out by checking the mounting holes at the back of your television. The mounting holes are always found at the center of the back panel, and there are often four holes there.

Measure the vertical and the horizontal distance of the holes using millimeters. Refer to the sections below to find out which VESA standard your television uses:

Holes can be 75x75 or 100x100 in this standard. This is normally used by smaller televisions and computer monitors.

Newer televisions are getting lighter than older models. Thus, it is not uncommon to see televisions with a screen diagonal that is larger than 23 inches that uses the VESA MIS-D standard.

This standard can be used by televisions that weigh up to 30.8 pounds.

Hole patterns for the VESA MIS-E standard can either be 200 X 100 or 200 X 200. This standard is normally used by televisions with a diagonal size of 30 inches.

Televisions that weigh up to 50 pounds commonly use the VESA MIS-E standard.

This standard also uses the M4 bolt size to mount the television to the bracket, just like the VESA MIS-D standard.

How to choose a mount for your television? 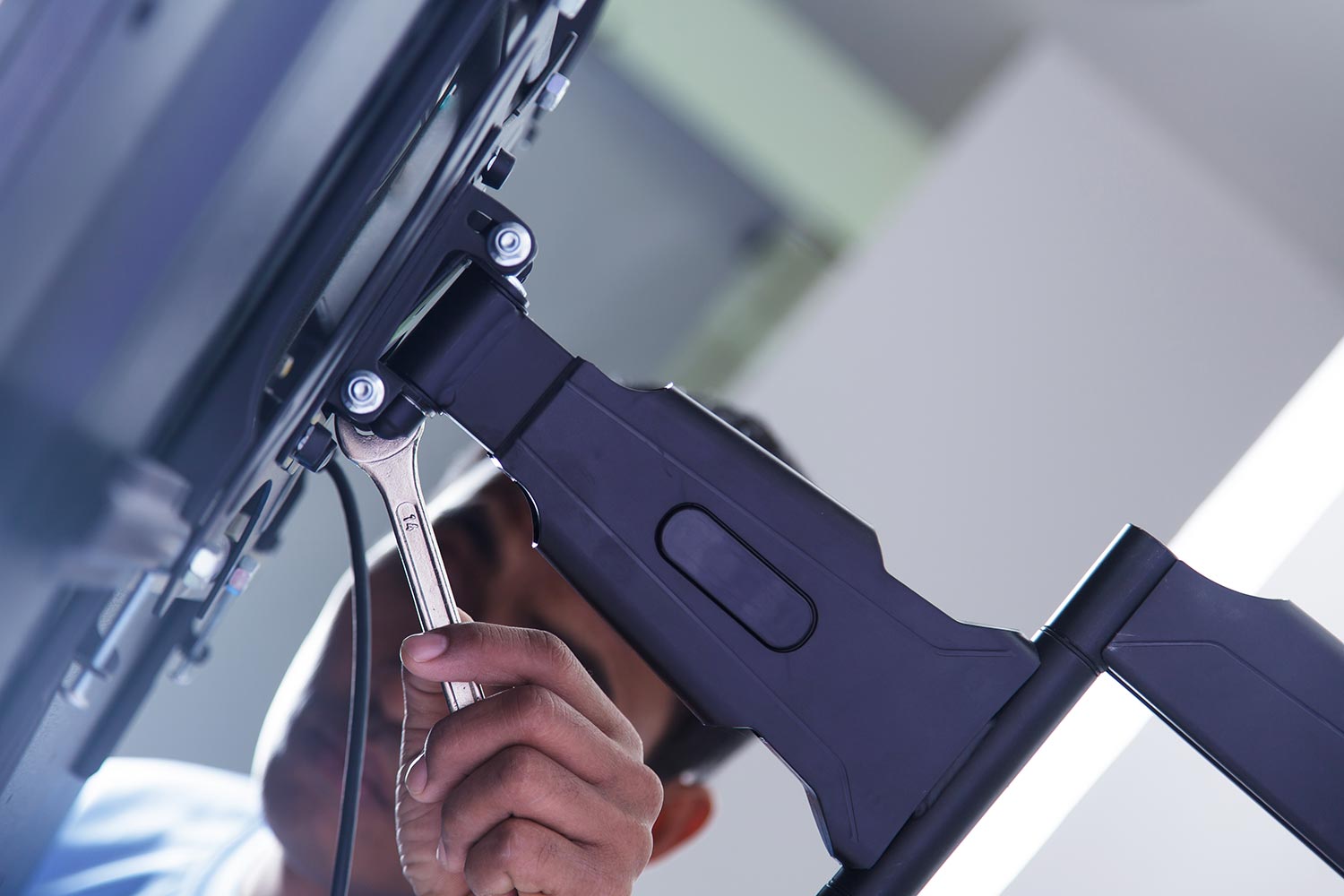 The only thing you need to determine would be to match the mounting holes that you have on your television and the additional features that you would like the mount to have. Television mounts can have features like swiveling, screen rotation, and tilting.

How to mount a television on your drywall? 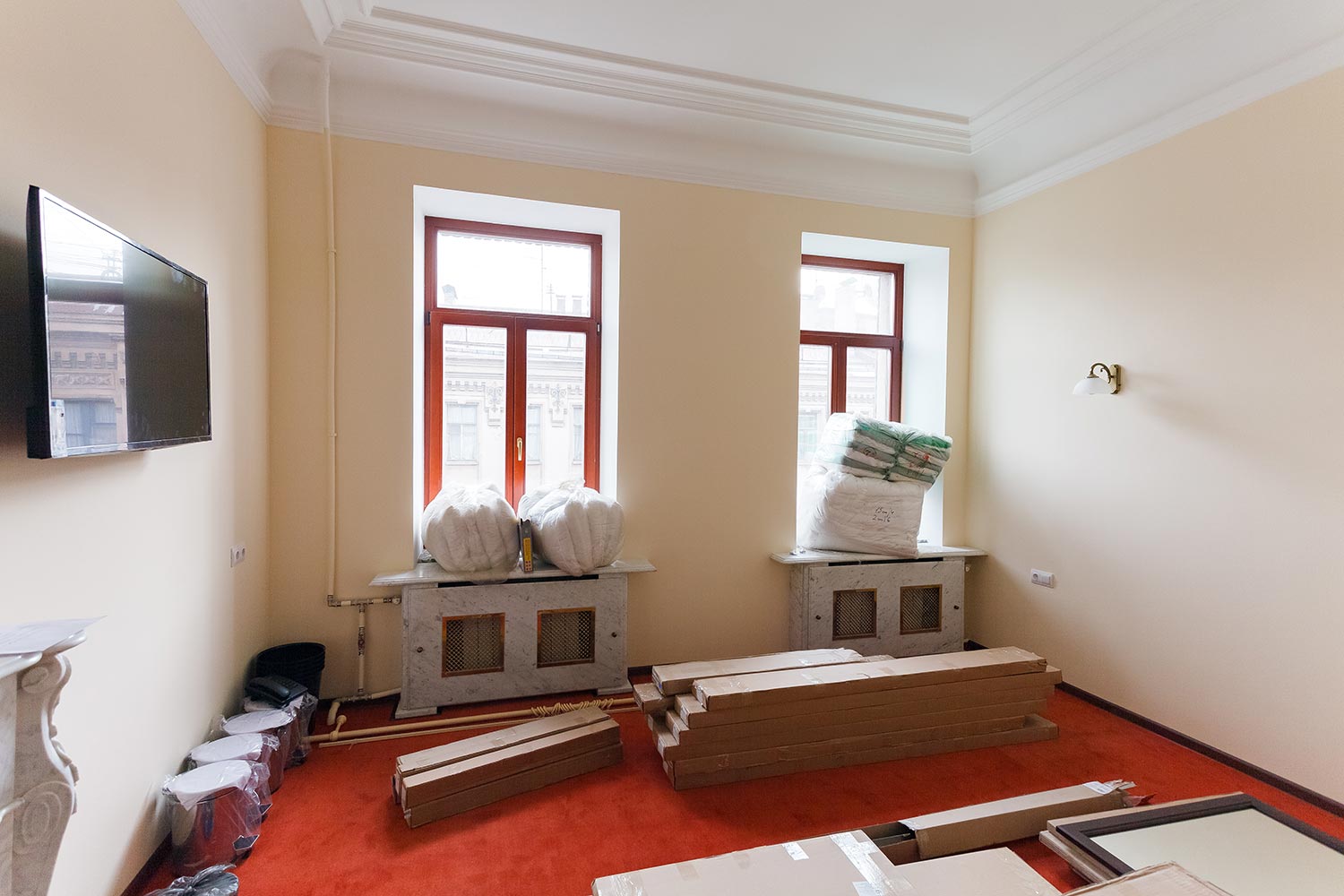 The CRAFTSMAN Stud Finder, up to 3/4-inch depth, is available on Amazon. Check it out through this link.

How to reinforce a wall with no stud?

Installing the bracket to your television 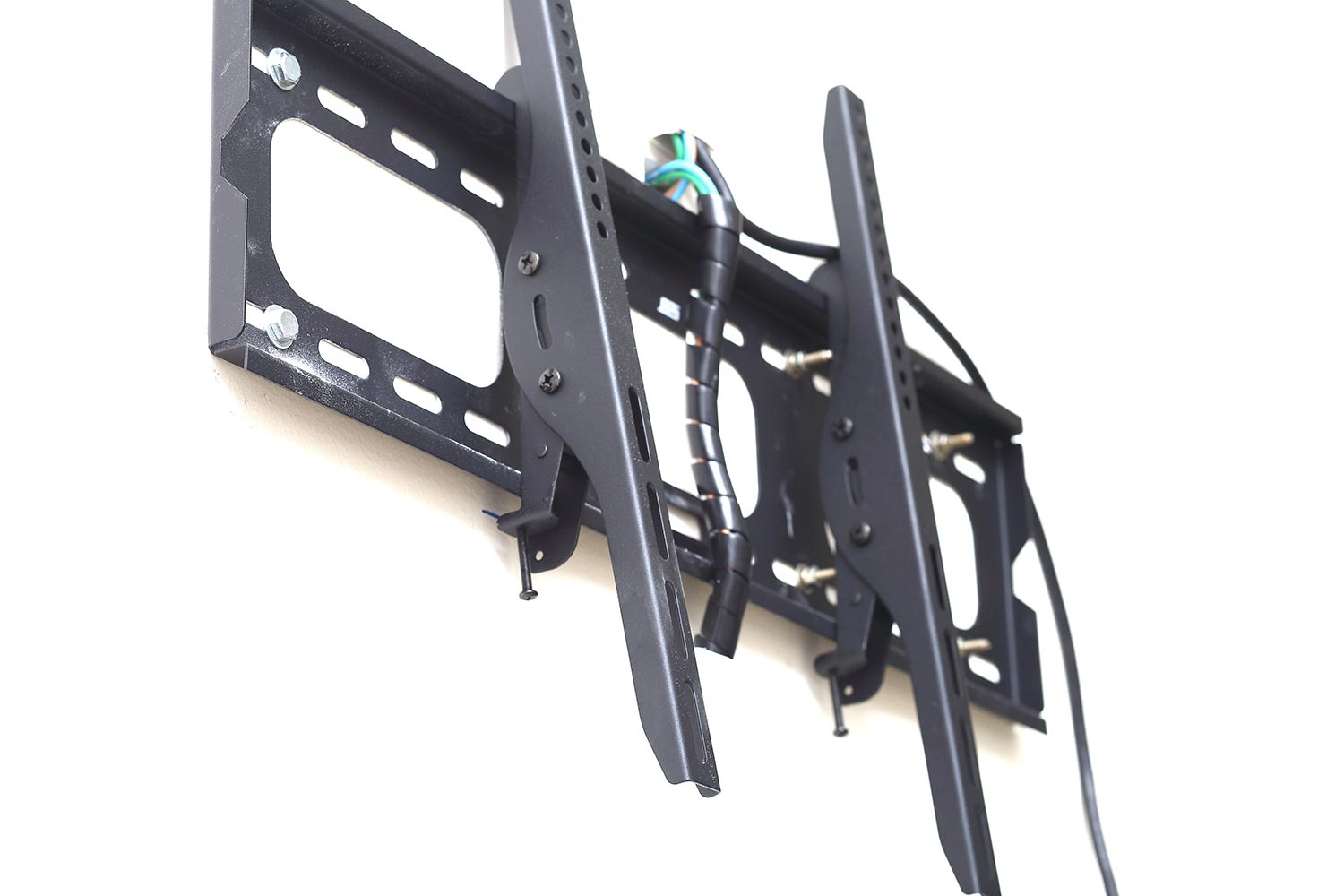 Most wall mounts have a bracket that you need to install to the back of your television. Install this bracket using the provided bolts. Do not over-tighten the bolts because this could strip them, and they will no longer be able to support your television once they lose their threads.

Some brackets have rubber or silicone washers that go between the mounting bracket and the back of your television. On the other hand, there are television models that require a spacer because the mounting holes are on uneven surfaces.

Mounting your television to the wall bracket

Once the television is securely mounted to the wall bracket, install the securing bolts to keep your television in place. This will prevent the mounting cylinder from accidentally slipping out of position.

How to mount a television that is not VESA standard? 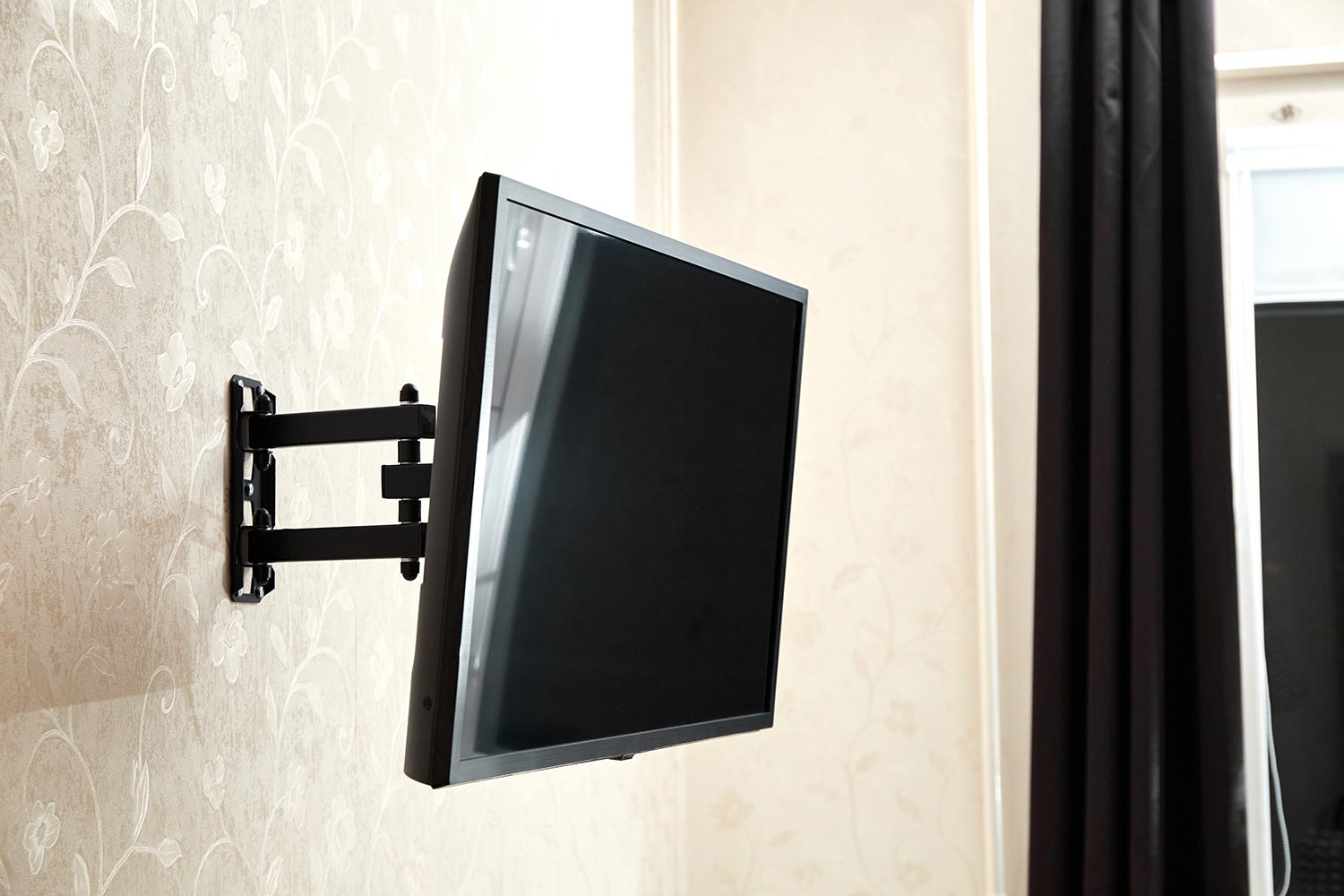 You can mount a non-VESA television by using VESA adaptors. This is especially useful for television models that do not have any mounting holes at the back.

These adaptors look like large metal hooks that will grip your television vertically. The back of the hooks has holes that are VESA compliant. You just need to identify the VESA standard that the hooks use to know the type of VESA mount to use.

The size of bolts that you need to mount your television to the wall is dependent on the VESA standard of your television. Even non-VESA televisions can use adapters so that you can mount them on your wall like regular VESA-compliant television.

Drywall Screws Showing Through Paint – What To Do?

Gap Between Shower Door Frame And Wall—What To Do?