Palm trees are beautiful accents off any road. They have mixed origins, as the different species are native to different lands. A few examples of places they originated from are Cuba, southern California, Hawaii, India, and central Africa. Does that mean only California and Hawaii have palm trees? Of course not! We did the research and discovered that they are much more widespread.

These US states have palm trees:

As you can imagine, not all of these states have the same kind of palm trees. The species vary based on the climate and environment. Keep reading to discover what variety of palm tree each state has! 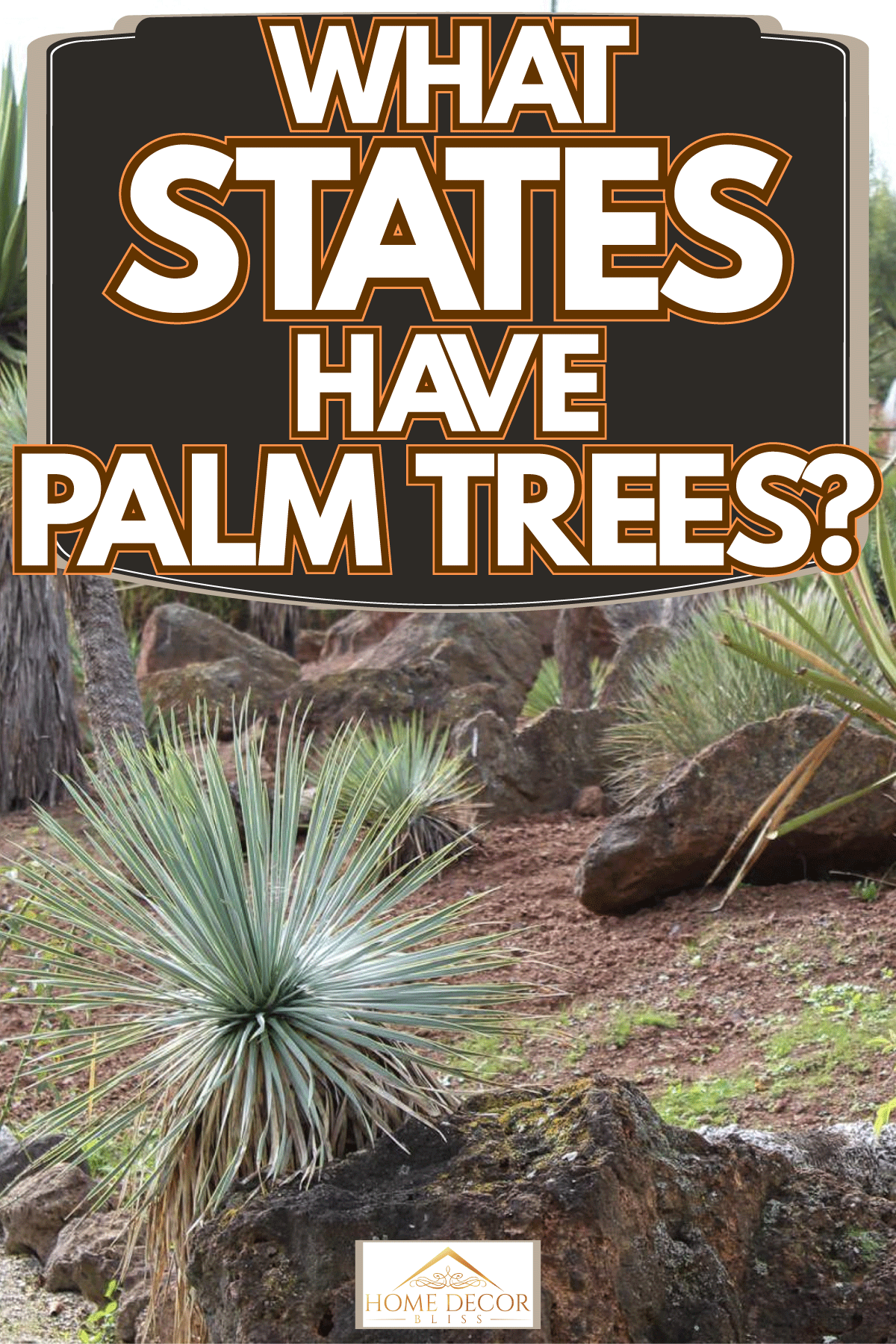 States That Have Palm Trees

Here we'll talk more about the US states that have palm trees.

There are many different species of palm trees, but there are 12 species that are native to Florida. A few of these species include the cabbage palm, needle palm, Miami palm, and buccaneer palm.

That doesn't mean there aren't other species in Florida, though! Well over 30 species of palm trees are found all over the tropical state of Florida.

California only has one species that is native to the state. It is commonly known as the California fan palm, but its real title is Washingtonia filifera.

It's a little funny because Washington doesn't have any native palms! They haven't been common in Washington for approximately 15 million years now. 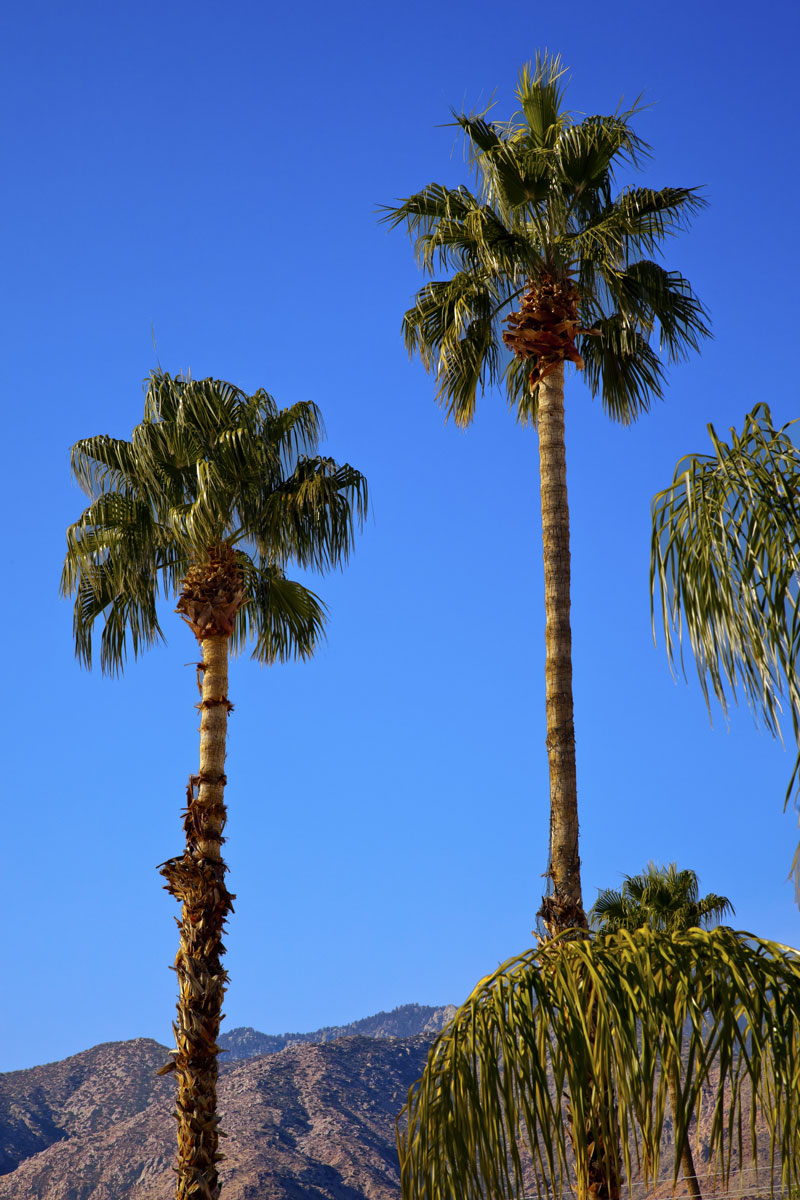 California is known for having lines of palm trees on every street, especially in San Diego and Los Angeles. This is because people used to bring seeds when they traveled to different settlements.

Then, much later in history, people began planting thousands of palm trees in southern California. This was to prepare for the 1932 summer Olympics in Los Angeles, of course!

The Mexican palmetto and dwarf palmetto palm trees are both native to none other than Texas. The dwarf palmetto is actually 10 times smaller than its sister plant! They are found in the lower Rio Grande Valley and central Texas, respectively. 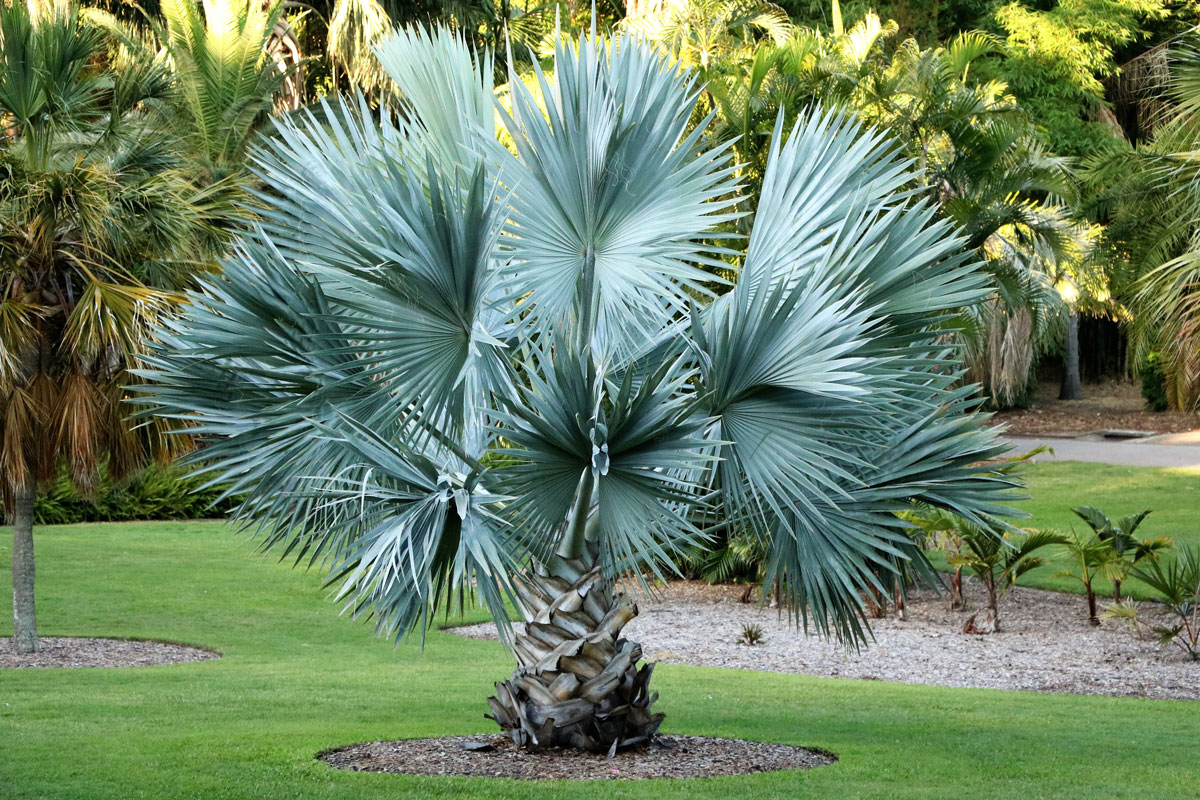 There are dozens of other palm tree species in Texas, including the triangle palm, European fan palm, and cocos palm.

Of these three, the triangle palm and fan palms would be great to nurture indoors. The cocos palm really enjoys a full bask in the sun, and growing it indoors would shorten its lifespan. Most indoor palms also won't produce fruit.

There aren't any palm trees native to Georgia, although you can find about a dozen species throughout the state. The windmill palm is one example of a tree that is native to China yet fills the streets of Atlanta. The needle palm and dwarf palmetto are also found in this state!

Areca palms are found all over the state of Louisiana, but they are also commonly found in home decor. These are easily transferable between pots and can adapt to many low-light situations. Areca palm plants give off tropical energy into the room. 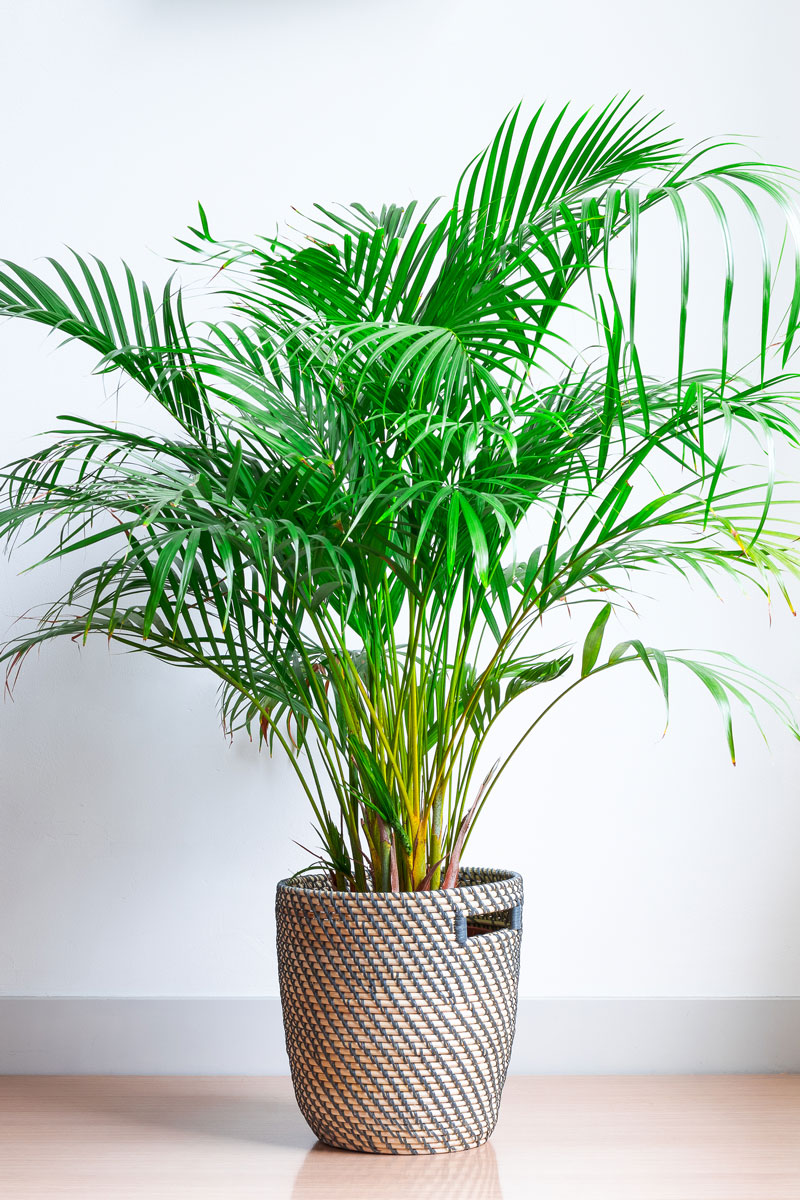 Keep in mind that the proximity to the Gulf of Mexico directly correlates to the palm tree population and species. The Gulf of Mexico creates a subtropical environment where trees like the king palm thrive.

As a result, New Orleans will have more palm trees than Lake Providence, based on its propinquity to the Gulf of Mexico.

The California fan palm is also native to the state of Arizona. Plants predate the drawing of state lines, which is why there are also European and Mediterranean palms in the US.

Common palm plants that can be found in Arizona are the Mexican blue fan palm and the Chilean wine palm. Both would look stunning in a large backyard!

There are only a few kinds of palm trees in Nevada, such as the Mexican and California fan palms. In Las Vegas, you can also find Canary Island date palm trees. The trees survive this desert area by taking in salt through their root systems.

A few palms found in the Carolinas include the queen palm, true date palm, and the Chinese fan palm tree. These are all trees that can withstand harsh winters.

Myrtle Beach, South Carolina has a considerable amount of cabbage palms (sabal palmettos). They are quite popular because they can be used to make canes, they produce edible fruit, and bees are attracted to their pollen.

Needle palms are also common in these areas. They are possibly the hardiest of all palm trees and can withstand wind and snow.

What Are The Uses Of Palm Leaves And Wood? 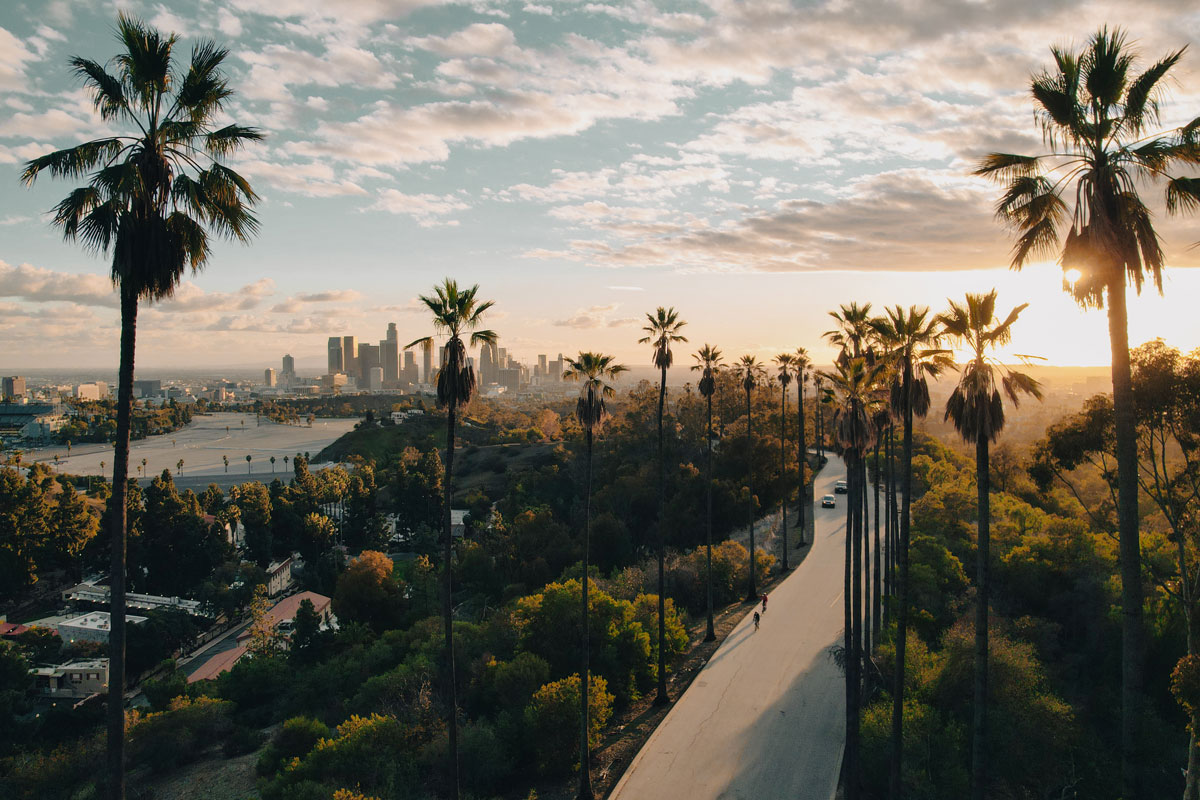 Using palm leaves in construction, cooking, storage, etc. is an ancient practice. One of the most common uses for palm leaves is to weave them and create baskets. The leaves that naturally fall throughout the year can also be used to make traditional serving plates.

Planting a palm tree in your backyard can also ensure a lifetime of shade. Palm trees have a habit of growing rather slowly though, so be sure to keep that in mind.

The use of palm oil dates back to 5,000 years ago. 44 countries use palm oil today, although it began in Africa. Indonesia and Malaysia are some of the top producers of palm oil in the modern age.

This high-quality oil is often used in cooking, cosmetics, and detergents. Unfortunately, the extraction of palm oil is directly related to an increase in air pollution, soil erosion, soil pollution, loss of biodiversity, and even child labor.

There are alternatives to palm oil! Fully hydrogenated oils such as coconut, sunflower, or canola also work.

Palm wood is sometimes used as firewood, but dry palm leaves can also do the trick. The wood can be treated and used in construction and infrastructure as well. It is neither a softwood nor hardwood; it is a fibrous wood called a monocot. Other monocots include wheat and bamboo. 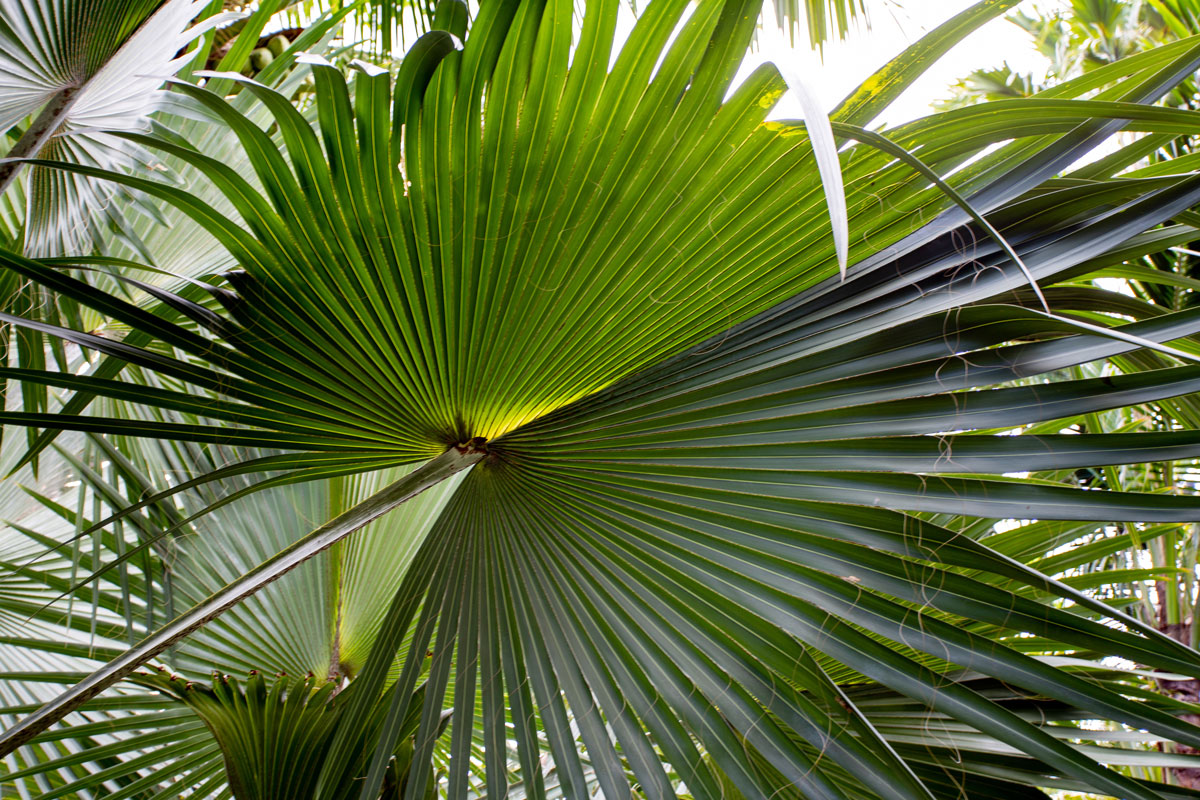 Palm trees are actually not desert plants, despite often being portrayed as such! There are roughly 2,500 species of palm trees, and many of them belong in tropical rainforests! The diversity among palm plants is absolutely astounding.

Take the queen palm for example. This tree is more sensitive to heat and shouldn't be grown in areas like Arizona. Then there is the needle palm, which can be grown in many more areas due to its survival traits. It doesn't mind the full sun, although it can also sit at 0°F for short periods of time.

What Are The Best Indoor Palm Trees?

In order to take care of a palm tree indoors, you'll need to mimic its preferred habitat. This may include increasing the humidity of the plant area! One way to do this is to use a plant humidifier in the room.

Elephant's foot doesn't require any fancy humidifier or special treatment. It should do perfectly fine in the average home with indirect sunlight. It is also a drought-tolerant plant, so it isn't easy to kill!

Cascade palms thrive in high-humidity environments. This will be a palm tree that needs its own desk humidifier. It is also recommended to fertilize the cascade palm tree once every four months. Here is an example of a fertilizer that gardeners may use on an indoor palm plant.

Click here to see this organic fertilizer on Amazon.

Parlor palm trees can adapt well to most humidity situations in the home. If the plant begins to look a bit sad, try placing a humidifier in the room.

Something unique about this plant is it needs significantly less water than other indoor palm trees. Fun fact—these trees are sometimes called the "good luck" palm! It is said to bring positive energy into the home and repel evil energy.

Chinese fan palms also enjoy humid climates. Another way of introducing humidity to the plant is by misting it. Be sure to monitor the leaves—you don't want them looking soggy after a misting!

Especially as Chinese fan palms are susceptible to root rot. As a result, it is best to let this plant bask in direct sunlight for a good portion of the day.

Click here to see this plant mister on Amazon.

We mentioned the areca palm tree earlier, but here's another reminder that it is a great indoor palm tree option. 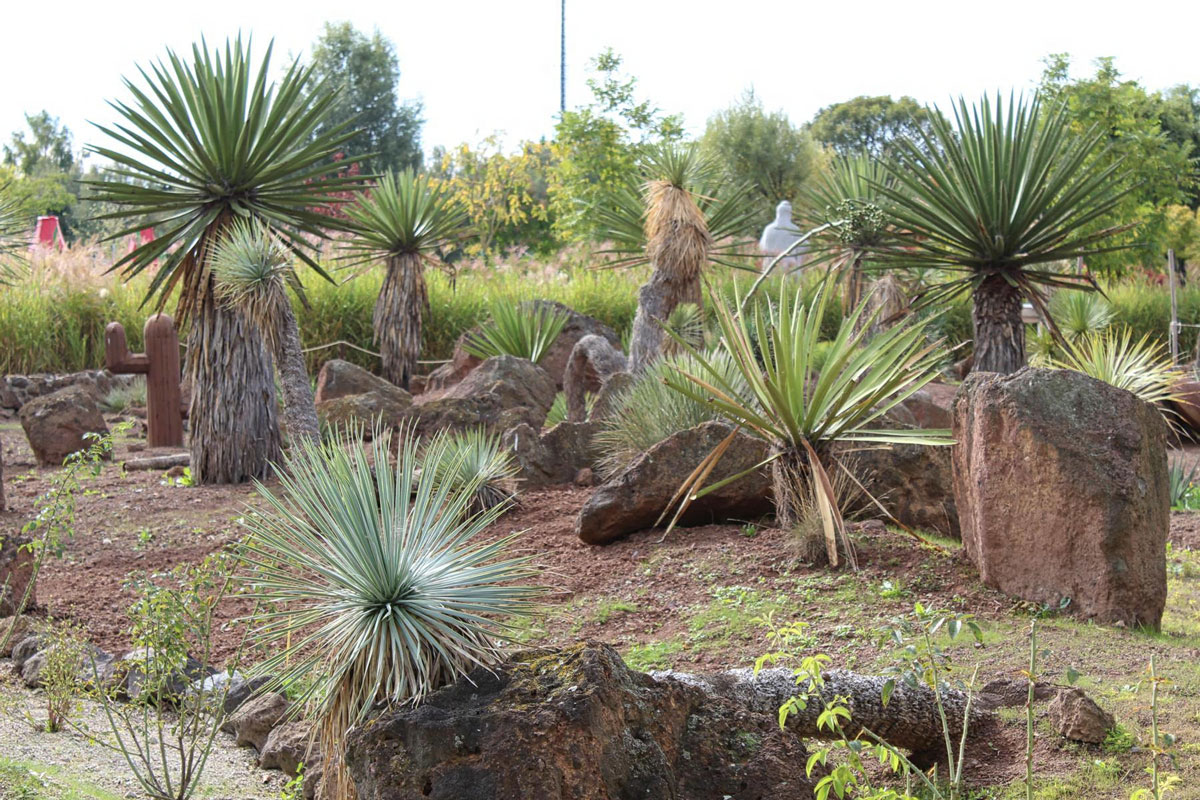 There are a lot more palm trees in the states than we thought! Since they originate from various locations, it is important to learn the history of these plants. If you were looking for an indoor palm tree, we hope you've found inspiration!

If you enjoyed this article, feel free to check out these related posts: