Keeping a towel clean is very important to avoid bacteria build-up. Most people prefer using gray-colored towels over white because white is harder to clean and maintain.

However, there are times when you will notice that your gray towels start to turn orange, and you wonder why this happens. So, why are your gray towels turning orange? We did the leg work, and here is what we've found out.

There are several reasons why your gray towels suddenly turn orange. Here are some of them:

Continue reading as we discuss each reason in greater detail. We will discuss some ways to prevent your gray towels from turning orange. We will also answer frequently asked questions. 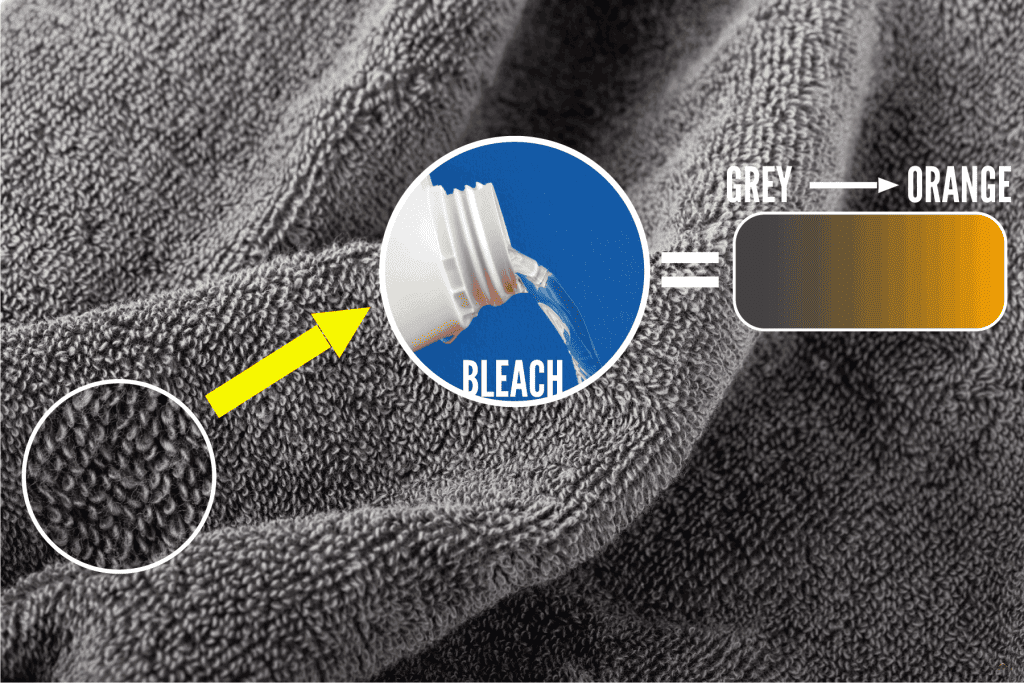 Having a clean towel is a part of every individual's hygiene. However, you might sometimes notice discoloration on your towels, especially for dark-colored ones like gray. How do your towels keep ending up that way? 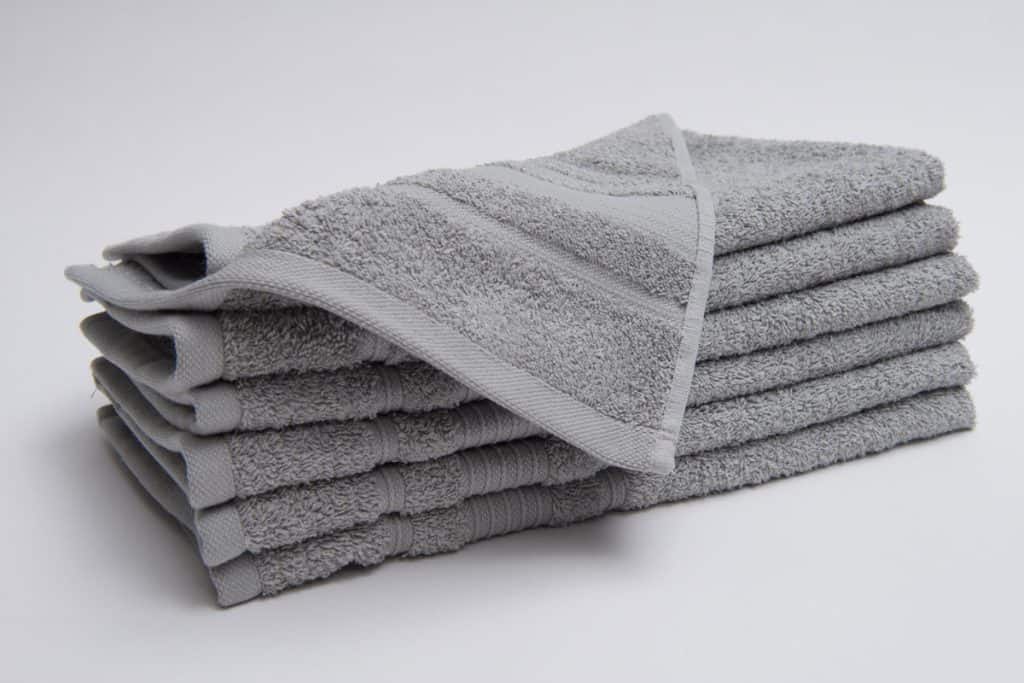 There are many reasons behind the discoloration of fabrics, including your gray towel that is turning orange. Here are some of them: 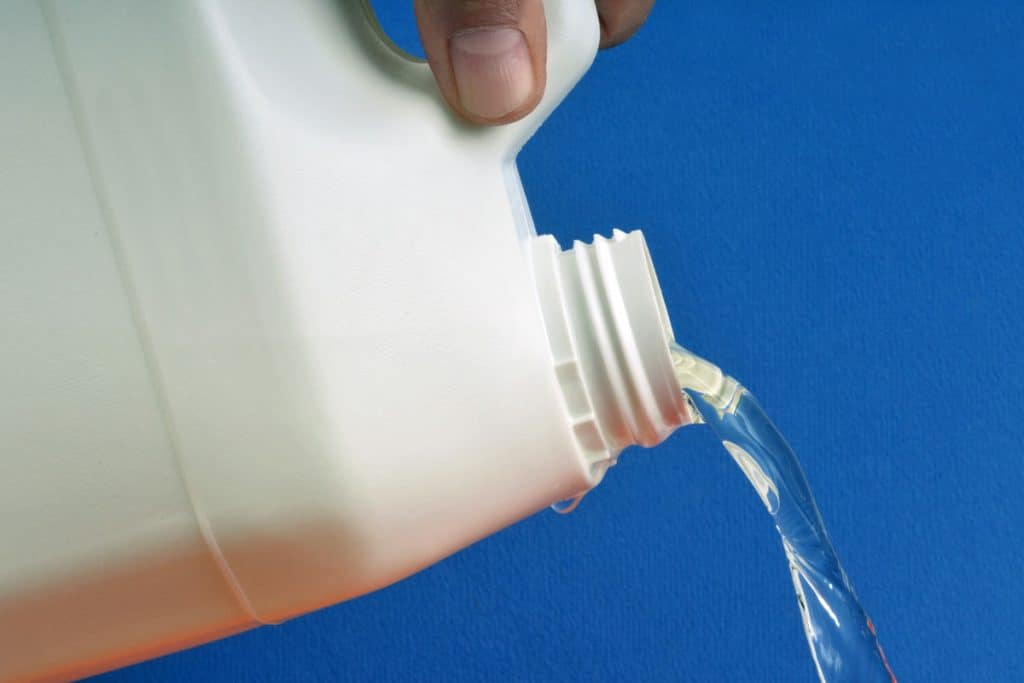 Bleach and bleaching agents are suitable for removing stubborn stains, especially on white fabrics. They also help whiten and brighten clothes and remove odors from them.

Moreover, if you're trying to remove stains on your gray towels, you can just soak them in warm water with a bit of detergent. Let it sit for a few minutes before washing. 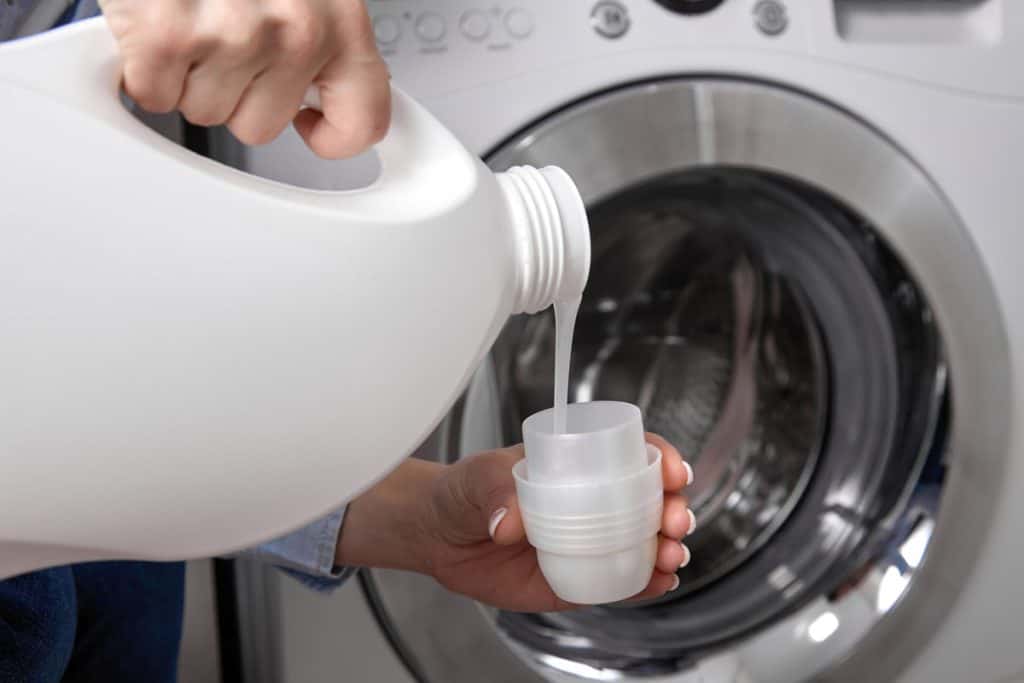 Also, when you suddenly change the detergent you're using, it is important to observe its effects on the fabric. If you notice discoloration spots on your clothes, then you need to stop using it. Or, much better, stick to your old detergent.

Rusting happens when there is corrosion in iron particles that are exposed to moisture and oxygen. Iron in water can create rust. Old metal pipes that have corroded and mixed with the water can be the source of rust in water.

Washing your clothes or towels in rusted water can result in reddish-brown to orange discoloration on the fabric. Additionally, be mindful not to hang your towels on rusted items since it can transfer the rust from the iron to your fabric. Luckily, you can always remove the rust stain by using a rust stain remover.

Check out this stain and rust remover on Amazon.

There are two ways in which a washing machine can cause your gray towels to turn orange. First is that there is rusted metal in the machine that mixes with the water when you wash clothes. This is possible since most washing machines are made of metals, and metals are prone to rust.

The other one is due to bleach residue that remains on the washing machine. Since some washing machine models have an automatic bleach dispenser, there is a chance that a little amount of bleach stays on the machine. If you wash your gray towels after using the washer with bleach, then you can expect your gray towel to have orange spots.

Another reason for the discoloration of the fabric is the different chemicals that make them turn orange. Products that have benzoyl peroxide, like acne treatment products, can stain. This chemical may leave orange stains on almost anything, including your gray towels.

This is also true for many sunscreen lotions and tanning oils because these products contain the chemical avobenzone. This chemical can react with iron and cause orange rust stains on the fabric.

When applying makeup, many ladies use towels to cover and protect their clothes from stains. This can be one cause of discoloration on towels. The makeup stain sticks to the towel and can create spots when not washed immediately.

There are also instances when you wipe your face with a towel without knowing there is a makeup residue left on your face. The makeup stains can stick to the towel. If not washed, it can cause discoloration. Instead of using your favorite towel when putting on your makeup, try using a makeup cape to prevent stains from sticking to your towel.

Check out this make-up cape on Amazon

Moreover, people also use towels to cover their bodies when dyeing their hair. And it is not surprising that most hair salons use black or gray towels since white is hard to clean. This can be another reason why gray towels turn orange in color.

If you're dyeing your hair yourself, opt to use a hair dye cape or a barber's cape to avoid staining your towels.

Check out this waterproof hair dye cape on Amazon.

How To Get Rid Of Orange Spots On Towels

Discolored and stained towels are an aesthetic nuisance. Luckily, there are some methods that you can try to remove orange spots on your towel.

1. Determine The Cause Of Spots

It's crucial to determine how you got orange stains on your towel before attempting to remove them. In some cases, you just simply need to change the way you wash your clothes.

There are some washing solutions if you don't want to throw away your stained towels yet. Wash and follow these steps to remove the orange spots on your towels.

The first step is to pour hot water into a basin and dissolve a cup of salt in every two cups of water. Put all the stained and bleached towels in the solution and soak them. Then, swirl the towel in the dye bath and rinse it with cold water. Dry the towel and check if the stains are removed.

Another washing method you can do is to pre-soak the towels in warm water for 15 minutes. Soaking will help to break down built-up stains on the fabric so it will be easier to remove when washing. Next is to add at least 1/2 teaspoon of liquid dishwashing or laundry detergent and a tablespoon of vinegar. Rinse the towel with water and let it dry.

If bleach did not cause the orange stains on your towel, rust coupled with the water you use to wash garments may be to blame. You can pour a little amount of vinegar or rub lemon directly on the stain to remove rust.

Washing off stains and orange spots on towels can be a time-consuming task. If you don't want to wash or get rid of your towels, you can dye them. In this way, you will not have to worry about washing the stains off the towel.

Check out this liquid fabric dye on Amazon.

Baking soda is frequently used in cleaning stains on fabrics, including towels. Don't be afraid of using it because it is safe to use and it will not ruin your towels. In fact, it will brighten the towel and remove foul odors from the fabric.

Why Do Towels Look Dirty After Showering? 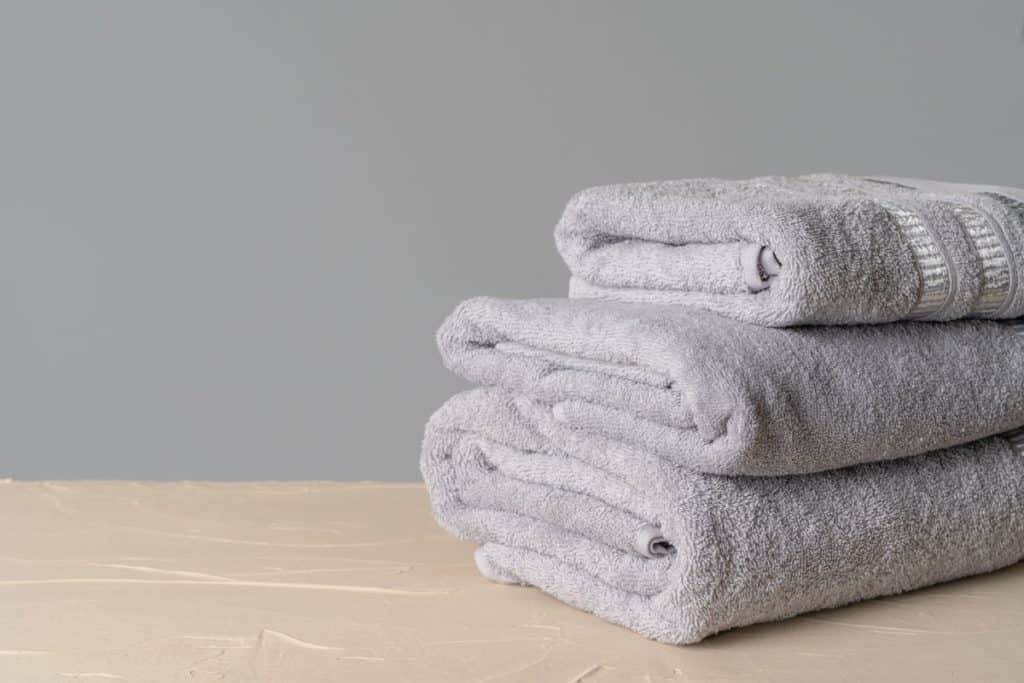 While it's true that using soap and water in the shower will clean your body, the dirt and dead skin cells that adhere to your body will be wiped off by the towel, causing the dirt to transfer to the towel. 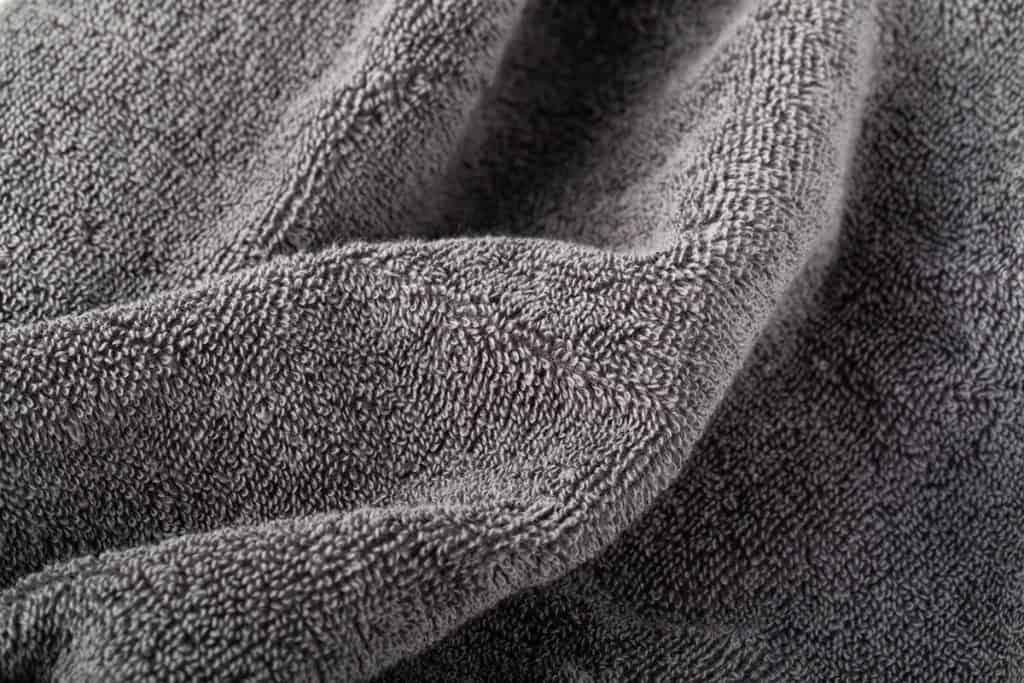 Your gray towels turning orange can be due to different reasons. It can be because of bleach, detergents, rust, chemicals, and improper storage. Always keep bleach and other chemicals away from your gray towels if you don't want them to get orange spots.

Before you go, be sure to check these other posts that may interest you:

How To Get Yellow Stains Out Of White Towels

How To Bleach White Sheets And Towels