It could happen to any homeowner or apartment renter: a bug infestation came, and you needed to spray a bug bomb in the area. Bug bombs are highly effective at killing off any bugs that could be lurking in cracks and crevices. Unfortunately, bug bombs tend to be made of chemicals that are sticky and toxic. So, how can you clean the residue up?

Believe it or not, most bug bombs do not require cleanup after use. However, if you want to clean your home after a bug bomb, you can do the following:

A bug bomb can contain fairly toxic ingredients. If you want to use one in your home, it's best to know what you're in for. This guide will give you the inside scoop, so be sure to keep reading. 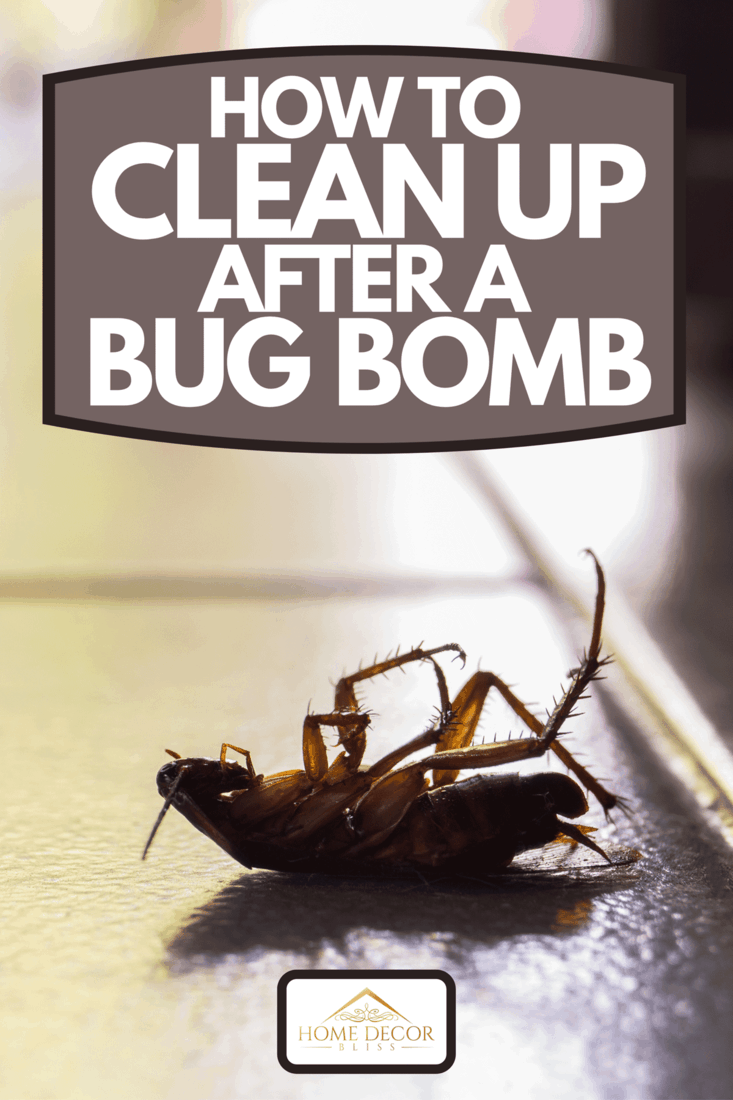 Do You Need To Clean Your Home After A Bug Bomb? 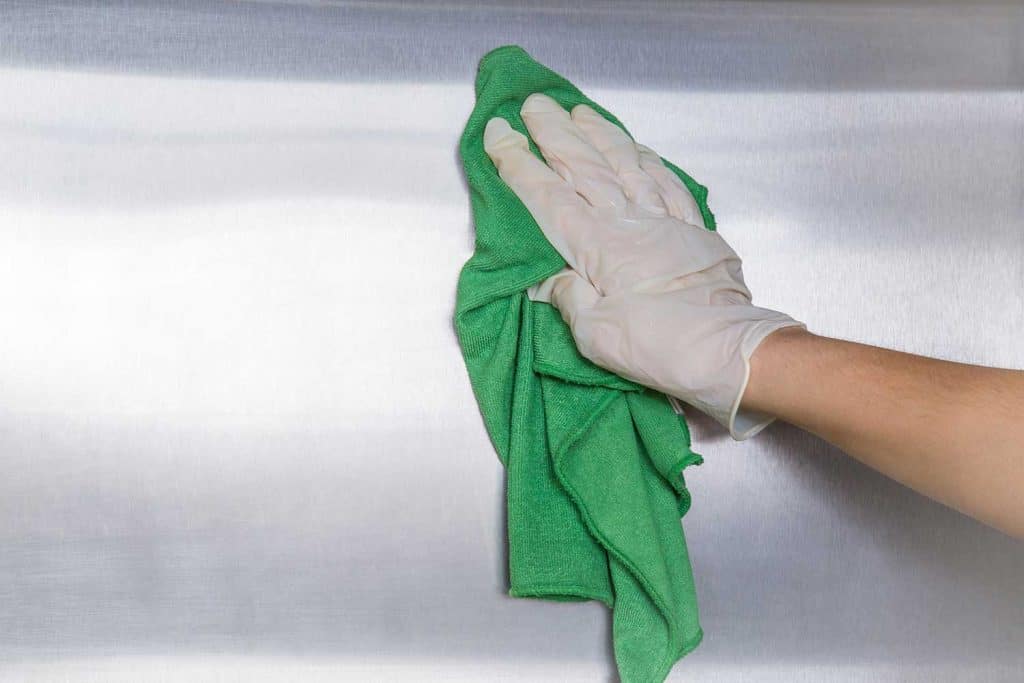 Of course, an ounce of prevention is worth a pound of cure. The best way to avoid having to add another chore to your list is to use bug bombs that are designed to be mess-free. They're just as effective but twice as clean!

Let's say that you decide to get a bug bomb that is still somewhat messy. It's okay, most are. Even if you have a relatively modern bug bomb system, you will have to wait a while before you can re-enter your home. Most bug bombs will still leave residue on your household items for two to four hours after use.

From there, the residue will evaporate to non-detectable levels. The only critters who will notice it's still there will be your pests.

While bug bomb manufacturers made a valiant effort to make their products less dangerous for humans, they are still fairly toxic. Consumers still regularly complain about eye, lung, and skin irritation as a result of bug bomb residue. In some cases, it can make pets and small children sick.

Vomiting, nausea, headaches, and rashes are all known side effects of bug bomb residue. As a result of the risk of illness, it's best to avoid using bug bombs whenever possible. If you use them, wait at least four hours before reentering your home. People who are sensitive to chemicals should wipe down most of their surfaces whenever possible.

Do You Need To Wipe Down Dishes That Have Been Exposed To Bug Bomb Residue?

If you have a sensitivity to chemicals or toxins, it makes a lot of sense to put your plates, cups, bowls, and eating utensils in the wash after a fumigation session. This is doubly true if you are pregnant, breastfeeding, or if the fogger in question is known for leaving a heavy residue. You can never be too careful, so wash your plates down with some quality dish soap before you use them again. 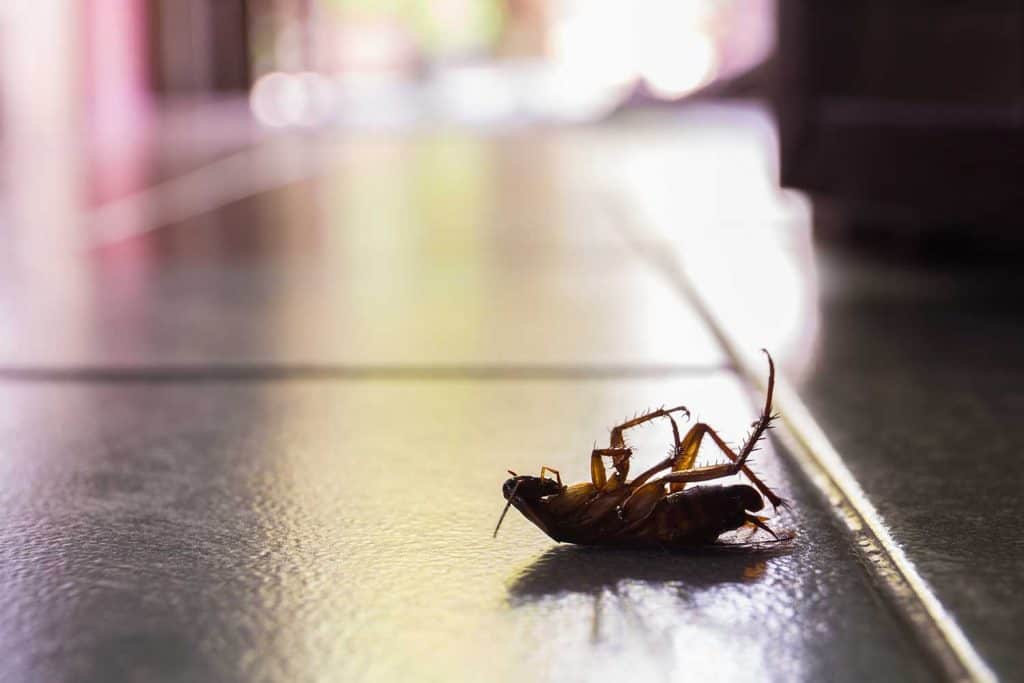 Considering that bug bombs can pose a safety hazard if used the wrong way, it's important to know how to use them to their best and safest extent. Let's take a look at the best ways to use your fumigating tools.

Can You Stay Inside While A Bug Bomb Goes Off In Your House?

NO. Regardless of how safe the bug bomb is advertised to be, it is never a good idea to be inside while the bug bomb goes off. You, your family members, roommates, pets, and children should all be escorted out. Wait for the residue to clear. Otherwise, you might have a hospital trip in your near future.

It's important to emphasize that bug bombs are dangerous when they're going off. They will cause severe lung and eye irritation in almost everyone around you.

Do You Need To Unplug Appliances Before A Bug Bomb?

Most people don't realize this, but bug bomb spray is highly flammable. This means that it can cause fires if it's going off, much like how spraying hair spray over a lit flame can turn into a blow torch. To keep your home safe, you need to turn off all pilot lights and appliances that cycle on and off.

Refrigerators, thermostats, and other cycling appliances need to be turned off prior to fumigation. Otherwise, a single errant spark can cause a serious problem with your home.

Can You Use A Flea Bomb On Your Pets?

Absolutely not. Flea bombs are meant to be used in homes where fleas have made their home in the carpets. These bombs are meant to kill fleas that have already nested, but would be difficult to get otherwise. Using a flea bomb on your pet isn't only not effective; it's incredibly dangerous for your pet.

There have been dozens of cases where pets got seriously sick or even died as a result of a bug bomb being used on their fleas. If your pet has fleas, take them to the vet or give them a flea bath. That's the safe way to keep them flea-free.

Will A Bug Fogger Set Off A Smoke Alarm?

Nothing is quite as alarming (or annoying) as having a smoke detector go off when there is no fire to be seen. Believe it or not, the aerosol from bug bombs can cause false alarms to happen. If you want to avoid having to scramble to get your smoke alarm shut off, you should turn it off before the bomb gets set off.

It depends on the bomb and on the severity of the situation. Many people find bug bombs to be effective for flies or spiders. However, if you are looking for a foolproof way to rid yourself of roaches, it may be another story. Studies revealed that bug bombs don't always get into the nooks and crannies that cockroaches enjoy staying in.

What's The Best Way To Prevent Having To Use A Bug Bomb?

It's clear that bug bombs are not exactly good to have in your home unless you absolutely have to. The best way to prevent having to use a bug bomb is to prevent bugs from infesting your home...or even entering it. Learning how to keep bugs off your vinyl siding and ward away bugs from your porch is a must.

Keeping your interior bug-free doesn't just stop at keeping pests at bay from your home. These tips below can help you make sure your place is inhospitable to bugs:

When Should You Call An Exterminator Instead?

If you are worried about having to clean up after a fogger, or are worried that the bug bomb won't be as effective as you want it to be, you're not alone. Bug bombs have been losing favor with homeowners for the better part of three decades. It's now generally accepted that bug bombs are best used as portions of a pest control plan rather than the whole plan itself.

Bug bombs can save you money on calling an exterminator. With that said, there are always situations where it may be better for an exterminator to be called instead. If any of these are true, call a professional instead:

Should You Clean Before An Exterminator Arrives?

If you end up in a situation where you need to call an exterminator, cleaning your home is always going to be a smart move. Bugs hide in all the small crevices that are caused by clutter. By cleaning your apartment, you make it easier for your exterminator to navigate the area and get all the spots that bugs are hiding in.

To make sure that your home is exterminator-ready, vacuum and mop all floors. Throw out excess trash, and vacuum the crevices of your sofas, couches, mattresses, and cushions.

If you're in a position where you need to get your home fumigated, using a bug bomb is something you need to take seriously. When not properly used and not properly cleaned after, bug bombs can become a serious threat to the health of all people and pets living inside the home. Knowing that, it's always best to prepare before you decide to pull the trigger on this treatment.

Regardless of the type of bug bomb you use, you should always make sure to have everyone leave the home for several hours after the fogger starts. Once you can come back in, a quick wipedown of most appliances and surfaces will make everything super safe again. Even though they are deemed safe, these pest control tools are a lot more effort than they are often worth. When in doubt, just call a professional instead.