If you've been considering installing a steam shower, then you have probably realized there are some logistics involved you hadn't thought of previously. Will your existing shower stall work with all that extra steam? Perhaps you've read articles and seen examples of a sloped ceiling inside a steam shower. Does a steam shower ceiling have to be sloped? We've done some research and have some valuable information for you.

If at all possible, a steam shower ceiling should be sloped. Because of all the steam, condensation can build up on the ceiling. Without a slope, the excess condensation could cause a lot of dripping. The slope prevents as much condensate from building up, and if it does build-up, it can roll down as opposed to dripping.

Now that we know that a steam shower ceiling should be sloped, let's discuss the logistics in more detail. We'll go over what could happen if you decide not to have a sloped ceiling, as well as answer some other questions you might have. Keep reading! 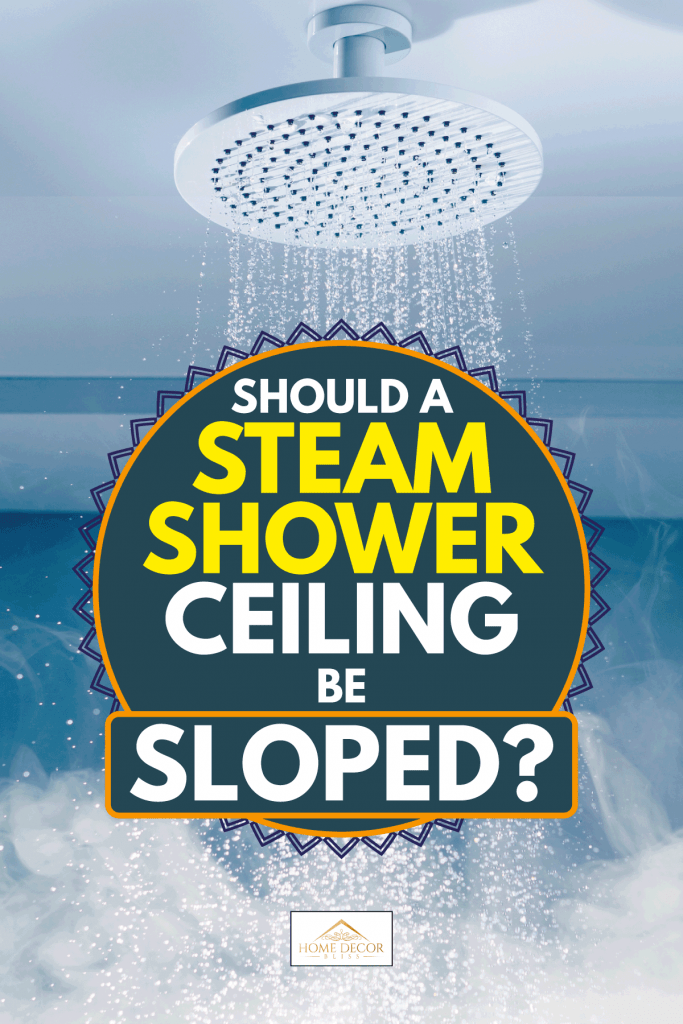 How Much Slope Should Your Steam Shower Ceiling Have?

Your steam shower ceiling slope should be between 1/2 to 2 inches per foot to be effective. Somewhere in this range is the optimum slope to prevent all that excess condensation from dripping down on you while enjoying your steam. Many steam shower stalls are prefabricated with the ceilings already manufactured at an optimum slope, so the guesswork is taken out of the equation. If having a steam shower custom-built, you can arrange the slope to your preference.

What Happens if You Don't Slope a Ceiling in a Steam Shower?

If you don't slope the ceiling of your steam shower, all the steam it produces will create a huge amount of condensation on the ceiling. Not only does this cool and drip down while you're resting in the shower, but if it goes long enough, it can cause an excess of mold or mildew. If you can't manage a sloped ceiling, frequent cleanings can prevent the buildup of mold or mildew, but you will have to deal with the dripping.

Regardless of whether or not your ceiling is sloped in the steam shower, the ceiling should be no higher than 8 feet, or it will take more effort by the steam generator to produce enough steam to be effective. 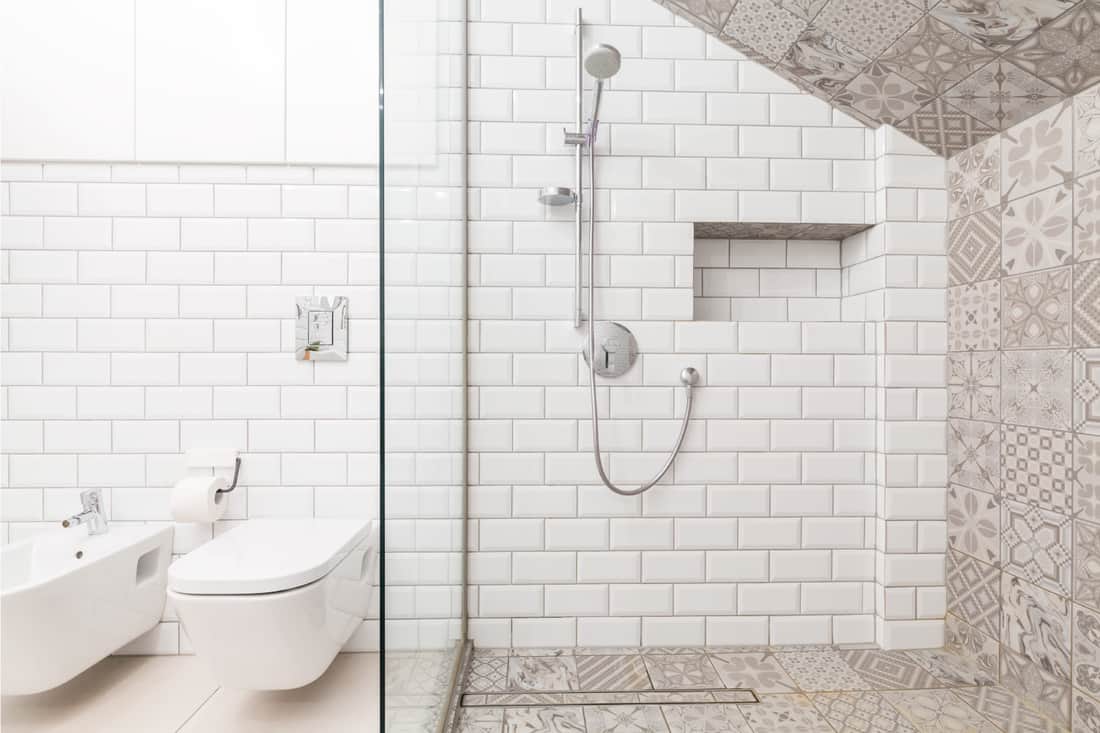 Do All Surfaces in a Steam Shower Need to be Waterproof?

A steam shower should be watertight without being completely airtight. Because of all the condensation the steam causes, all surfaces should be waterproof or water-resistant and nonporous. The smaller and more airtight the space, the less your steam generator has to work.

Are Steam Showers the Same as a Sauna?

The primary difference between a steam shower and a traditional sauna is the way in which the steam is produced. For a steam shower, the steam generator heats water to boiling and produces extreme humidity and moisture. In a traditional sauna, rocks are heated to a high temperature, and water is splashed over their surface to produce a blast of steam. The type of heat in a sauna is much more dry heat. Both types of steam have wonderful benefits for physical and mental health. 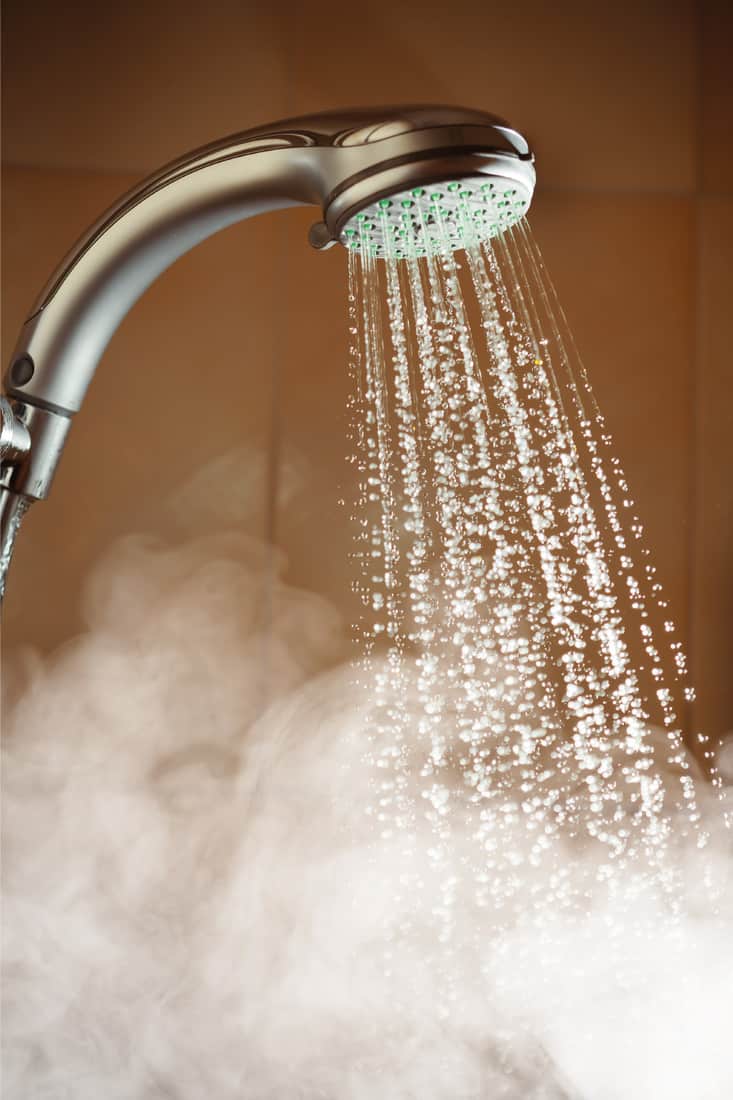 How Big are Steam Showers?

Most steam shower stalls are bigger than a normal shower. They do come in multiple sizes, however. They can be as small as 36" x 36" x 84" to accommodate even the smallest bathroom. In fact, these smaller stalls are efficient in the way they heat up and fill with steam quickly. To get full enjoyment from the steam shower, it is recommended to have a stall large enough to install a shower bench or seat. If your stall is small, you can consider installing a retractable seat. Many shower stalls are large enough to accommodate multiple people as well. It's all up to personal preference!

View this shower seat on Amazon.

How big should a shower bench be? Read our post, "What is the Standard Size of a Shower Bench?"

Can a Steam Generator be Installed in a Regular Shower?

A steam generator can be installed in a regular shower! You do not have to buy a special stall to have a steamy shower. However, if this is the option you go with, remember most shower stalls aren't watertight or close to airtight, so it will take a lot more steam energy to reach the desired temperature. Additionally, you might have to deal with the water dripping from an unsloped ceiling or a buildup of mold or mildew. Be sure to weigh all possibilities before installation.

What is the best material for a steam shower? 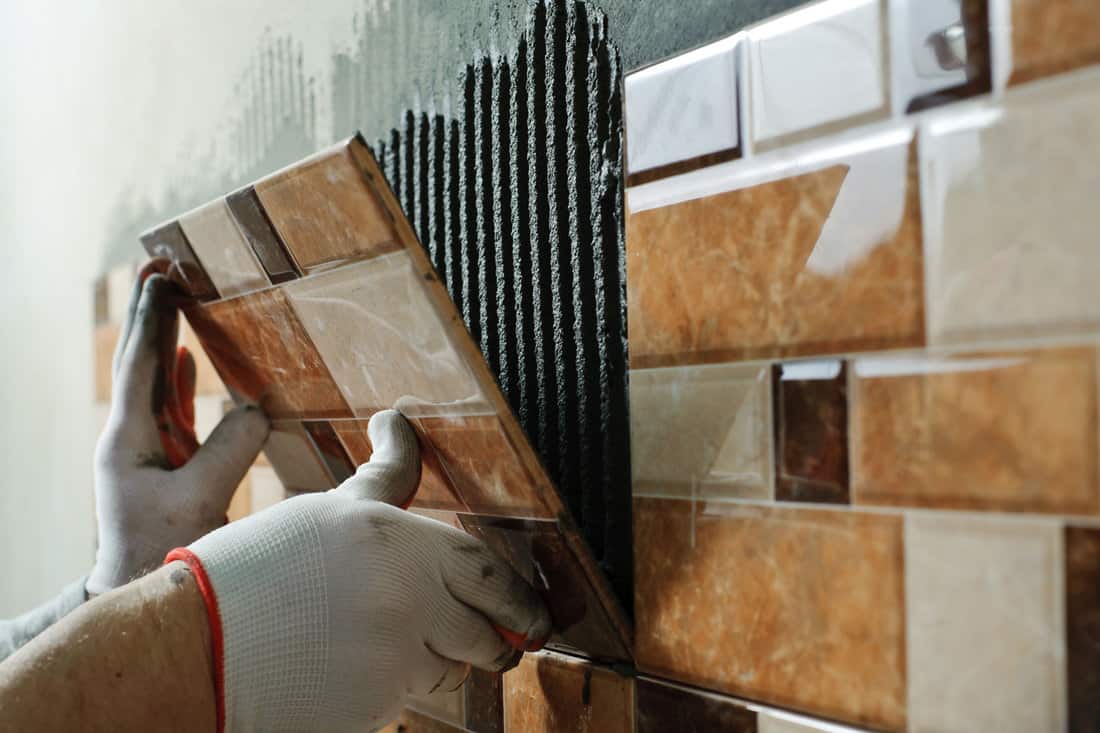 The best material for the interior of a steam shower is a non-porous tile. Ceramic and porcelain tile works best as it won't absorb the steam. Using material like marble or granite will absorb the heat, making it dissipate and causing your steam generator to work that much harder to fill the stall with steam.

Ceramic is the best overall choice, as it retains warmth and helps ramp up the overall heat in the steam shower stall, but porcelain is a close second.

View this ceramic tile on Amazon.

Want to read more about the best tile for shower walls? Check out our post about that.

What temperature should a steam shower be? 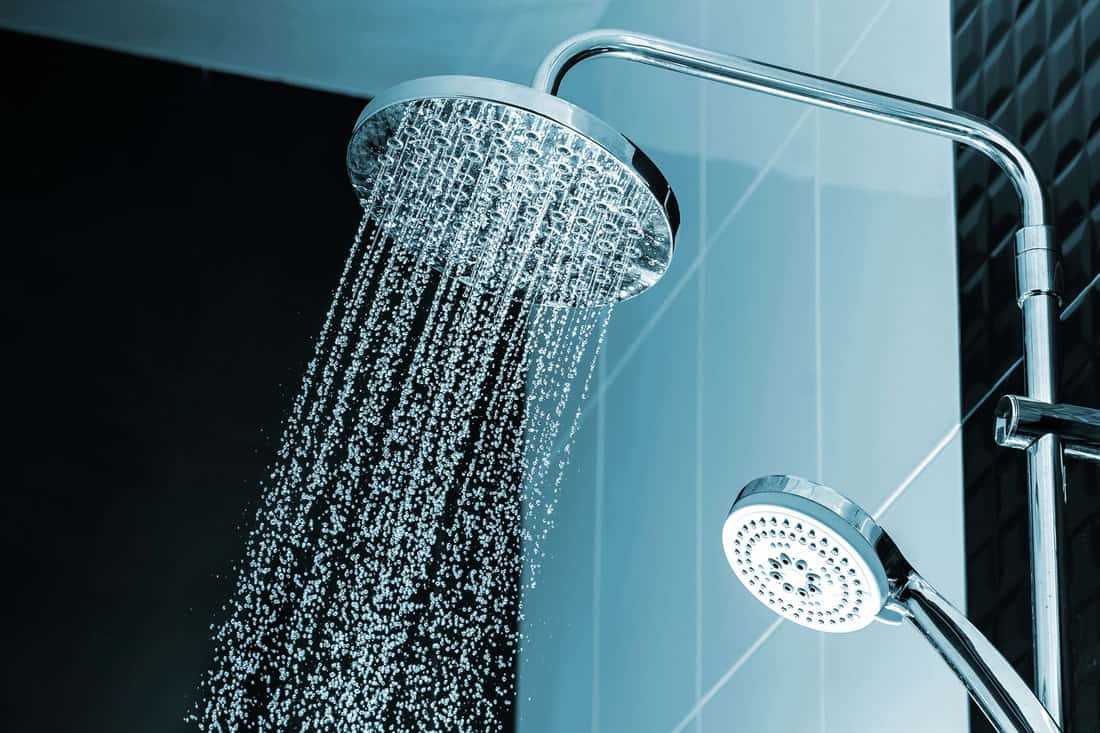 A steam shower should be between 105 and 115 degrees Fahrenheit and be at 100% humidity, though this number can be adjusted for personal preference. Try not to remain in an area for too long that is over 115 degrees, as extended exposure to extreme heat can lead to organ or brain damage. Exit the steam if you begin to feel dizzy.

How Much Does it Cost to Build a Steam Shower? 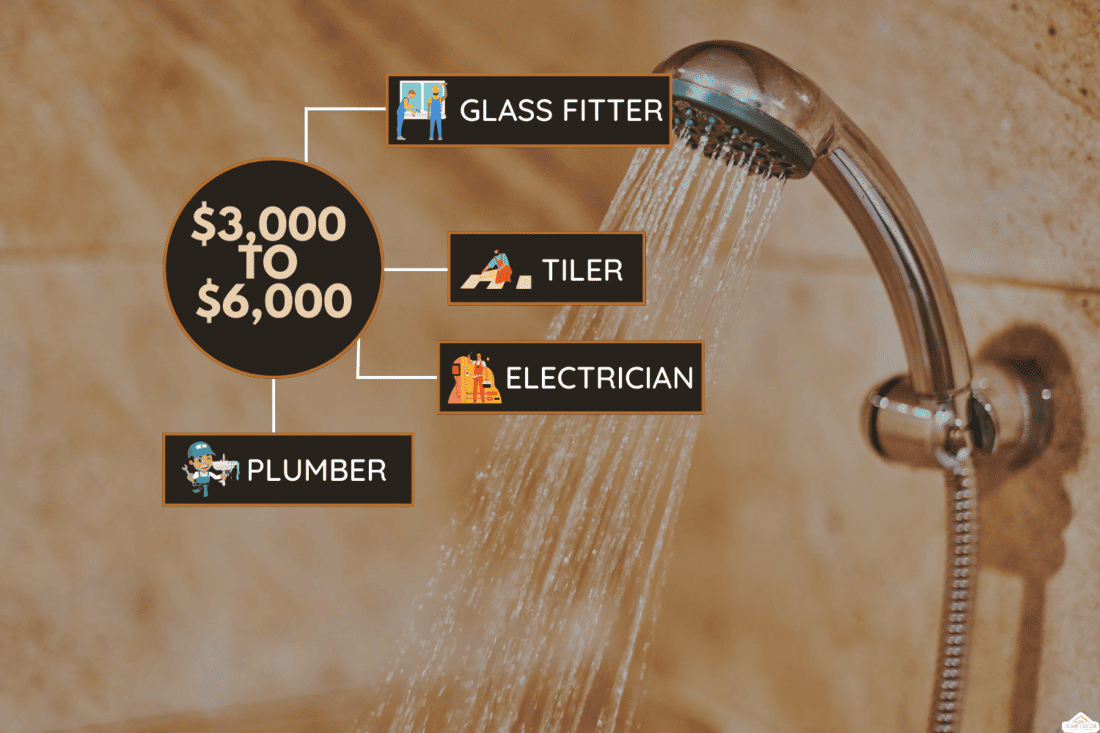 A custom steam shower can get pretty pricey. To have one built and installed will generally cost anywhere from $3,000 to $6,000 depending on your area and exactly how much of your bathroom you are altering. You must consider that you will need a plumber, electrician, tiler, and a glass fitter on top of the cost of materials. If not making any other bathroom alterations (custom stall, custom ceiling, etc.) and simply having a steam generator installed, you could likely get by on about a $1,500 to $2,000 price tag.

Do steam showers cause mold? 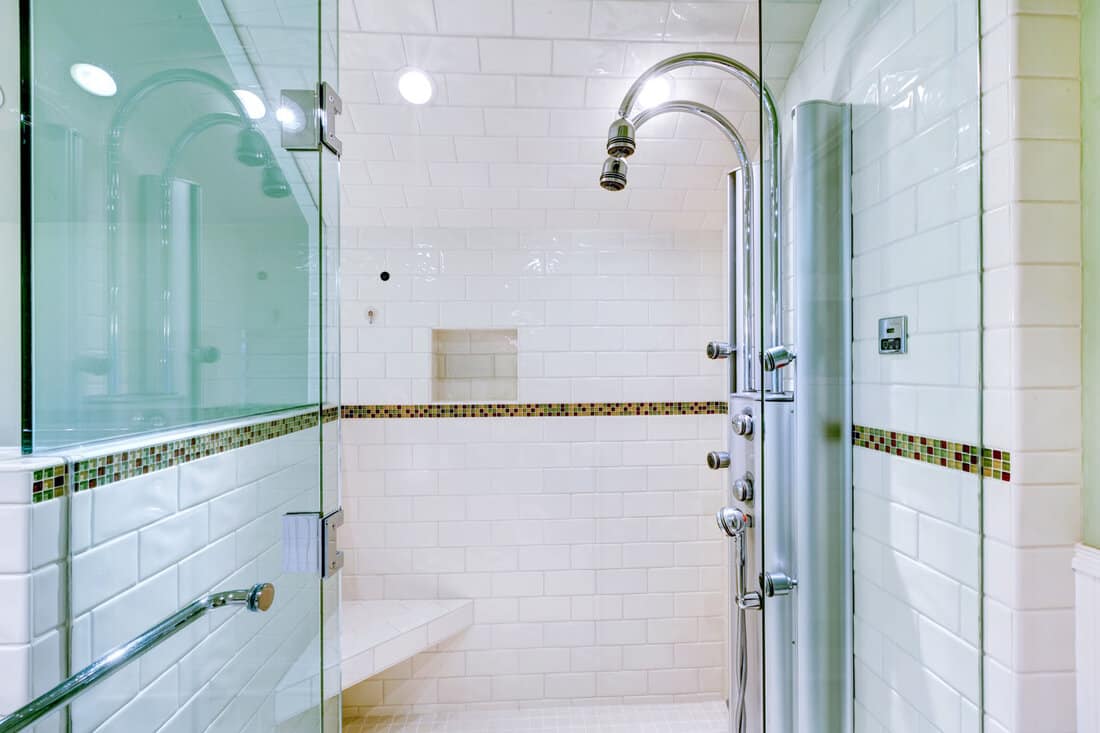 Since steam showers have such extreme humidity, it does create the perfect environment to grow mold. To keep a healthy and happy bathroom, the shower will need to be cleaned frequently.

To prevent this, run your bathroom's exhaust fan after you're done showering, or consider opening a window. Wipe down all the surfaces and fixtures with vinegar at least once a week to stop the mold from growing. To take it even a step further, remove the showerhead and other easily removed fixtures and soak them in a vinegar solution quarterly. The acidity of the vinegar kills most mold species.

View this vinegar on Amazon. 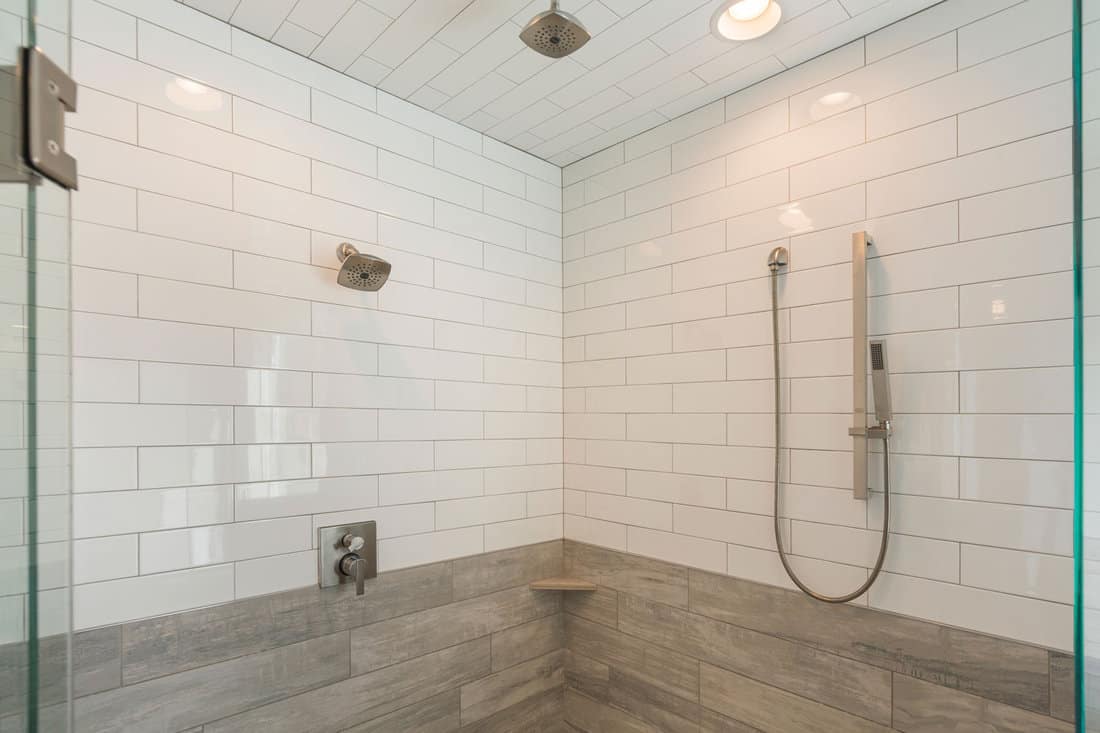 The ceiling for your steam shower, in a perfect world, would be sloped; it helps prevent excess mold and mildew and water from dripping. There are many options to consider when having a steam shower installed, and you're sure to find what is the best fit for you and your bathroom. Enjoy your nice steamy shower!

There is a solution to solve the dripping. I have a slope but there where accumulation of water drops on the tile seams and drippind was very annoying. I have bought kind of "nano" water repellent for shower walls and did all the steam sauna walls and ceiling 2-3 times. Using for 6 years - only tiny drops appears and dont building biggers that has enough mass to fall.

@Lauras, @Lauras, What was the brand of the ““nano” water repellent” you bought? Thanks!