GE Appliances have been in business since 1907. And since then, it has been synonymous with all kinds of kitchen appliances, such as stoves to cook food reliably. Of course, if your stove has problems, you'll need to address it right away. So, you'll need to have its model number on hand. We researched to help you learn how to locate the model number on your GE stove. 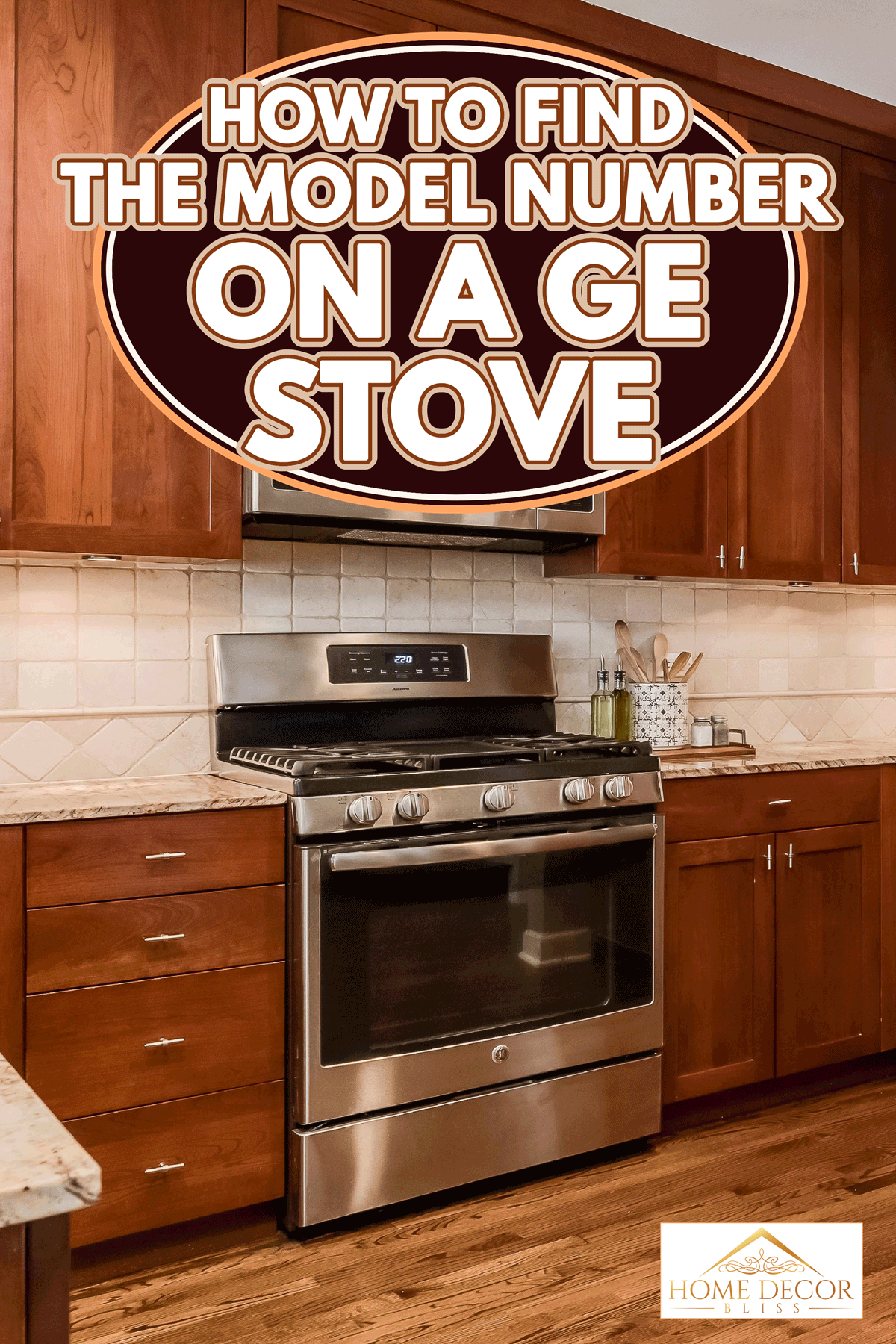 Where Do You Find The Model Number For GE Stoves?

There are different types of GE stoves available with varying fuel types. These factors can determine whether the model number will be in a specific location or not. With that, let's look into each of the areas and how you can check them out. 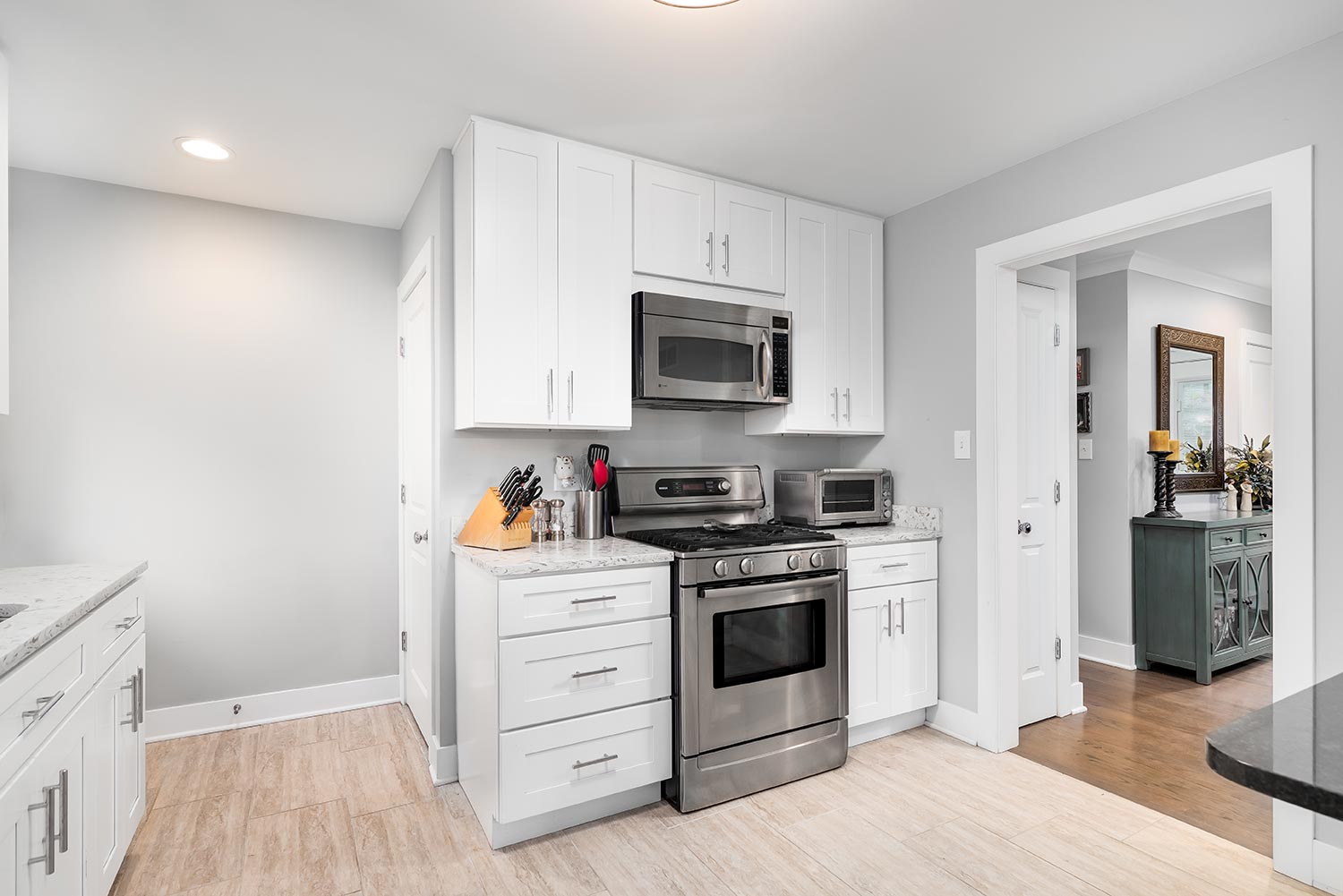 Behind The Door On The Front Frame

Look at this GE electric range on Amazon

Inside The Frame Under The Front Panel

Another section to check is near the door, inside the frame. This only applies to GE models with the controls found in front of the stove instead of on the top. To access this section, simply open the door and check the frame under the front panel to locate the model number.

Behind The Rear Control Panel 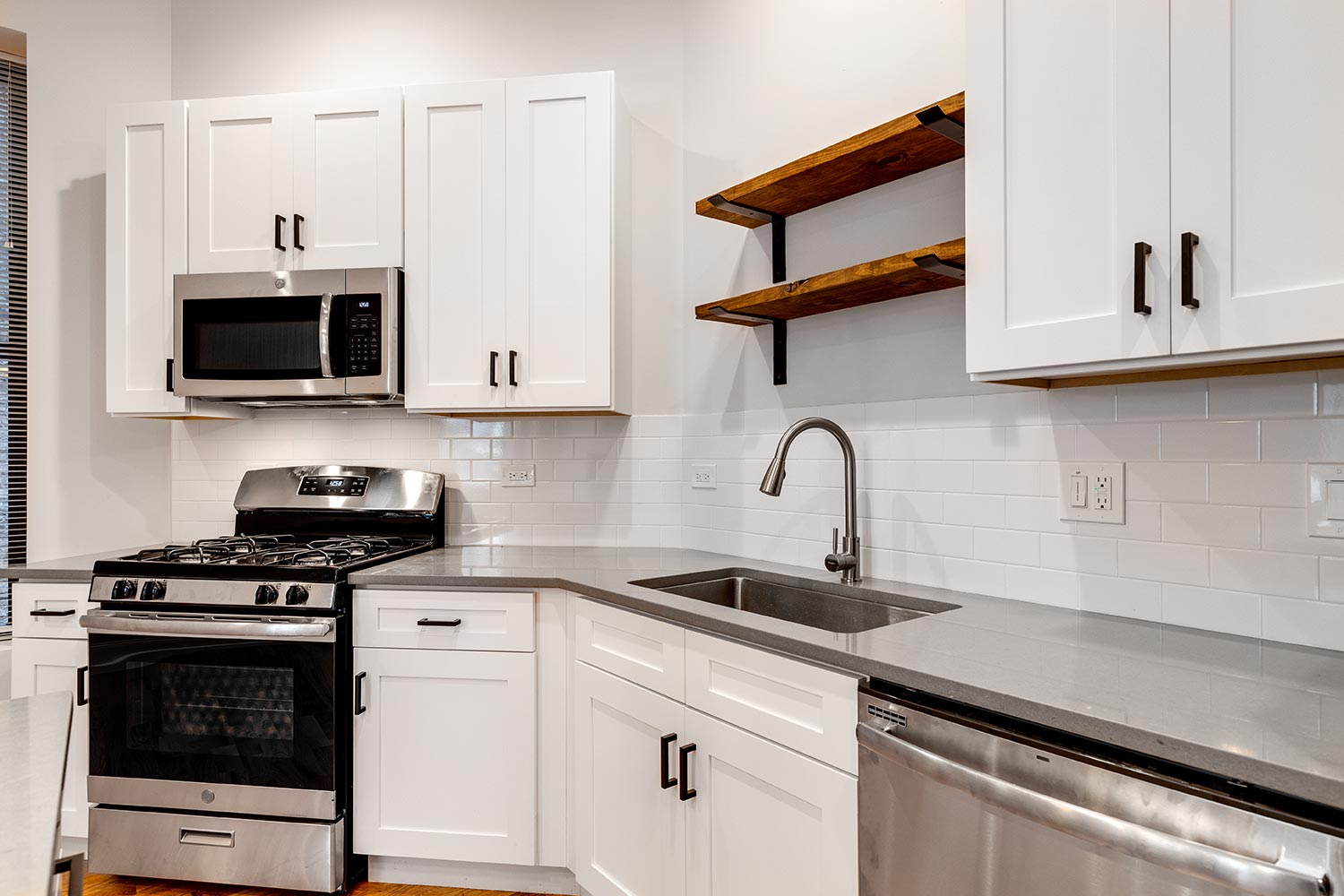 The area behind the rear control panel or console is specific only to GE stoves that use gas for fuel. According to GE's website, there should be a metal flag behind the middle portion of the control panel. Once you're able to feel for the metal flag, check it by flipping it to see if the model number is there.

Under The Left Front Surface Unit

Center Or Right Side Under The Cook-top 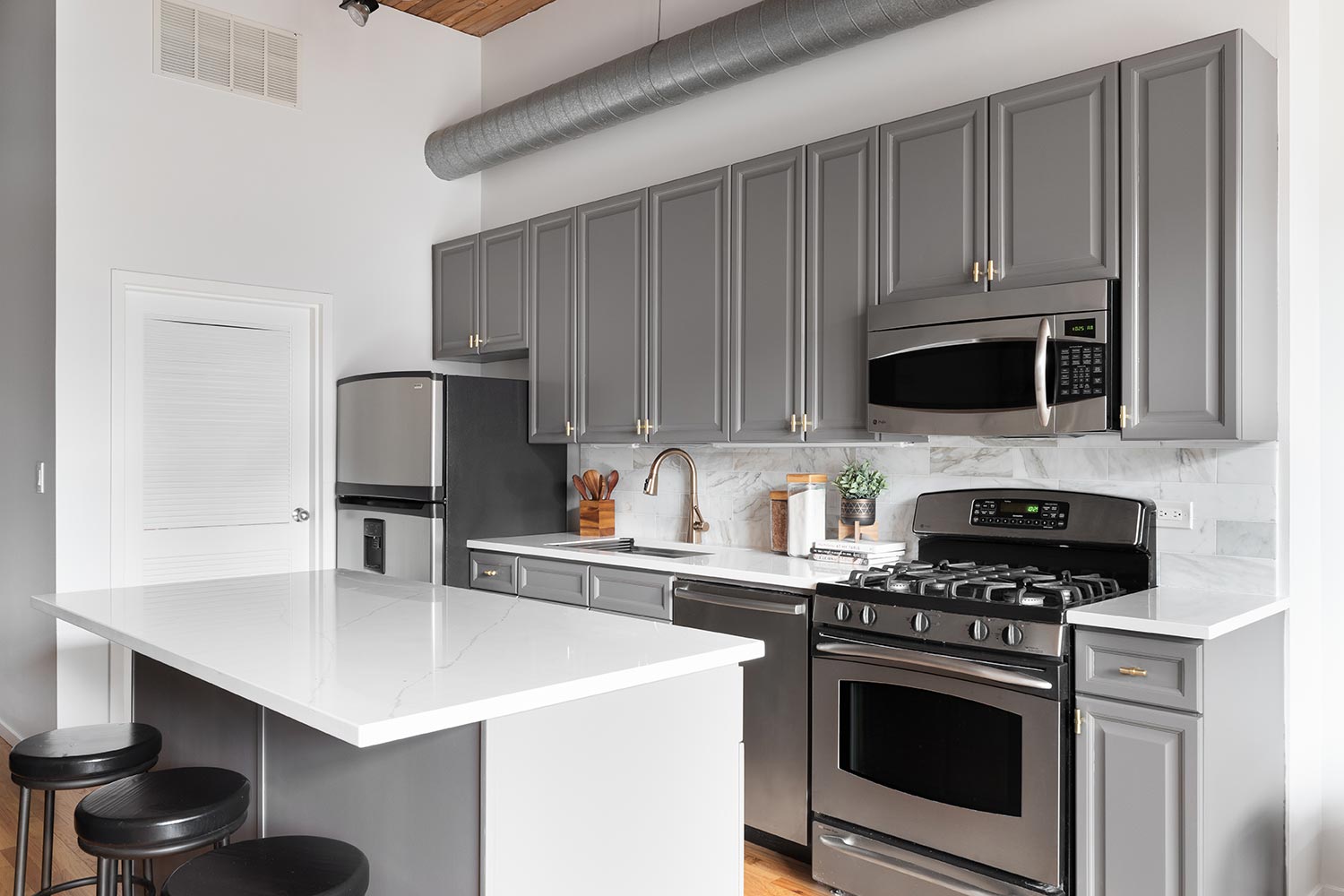 Speaking of the cook-top, another section that you can check is the center or the right portion underneath it. This applies to lift-up styled cook-tops. So, if your GE stove has a cook-top with a lift-up style, simply lift the cook-top to check the center and right sides for the model number.

Look at this electric GE stove with double ovens on Amazon.

For this next area, you'll want to crouch down a bit. Its location is behind the drawer or kick panel, specifically on the left leg of your GE stove. Unlike the last two areas, there's a possibility that the model number will pop up on this area for any type of GE stove you may have. So, don't forget to check here as well.

Inside The Drawer Of The Front Frame 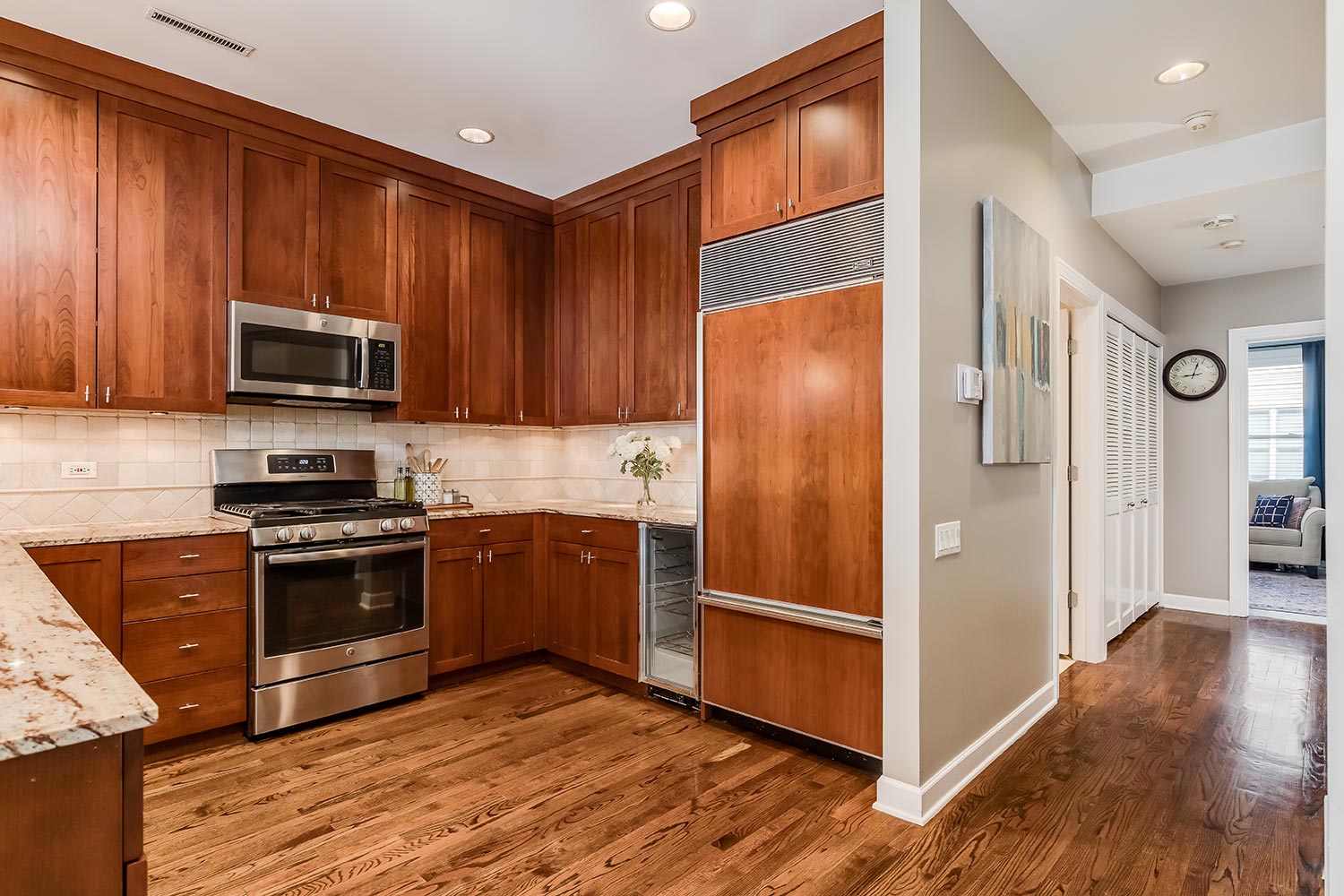 Checking The Age Of Your GE Stove

You'll notice that GE's serial number will have two letters, followed by a series of six numbers. The serial number would typically tell you when the stove was manufactured. But because the number is specific to how GE codes it, you won't be able to figure it out at first glance.

Another way is to simply look at your GE stove's manual and check the front or back page. It should have the date of its publication as the month and year in numerals. While the publication date of the manual may not exactly correspond to the letters coded in the serial number, this would give you a ballpark idea of how old your GE stove is.

Instinctively, you might think that finding out what month the product was manufactured should be easy, as it could simply use the letters included in the month's name. Since there are multiple months that have similar starting letters, GE approached it in a different way. Here are the corresponding letters in your GE stove's model number that should indicate its manufacturing month:

If you thought that deciphering the manufacturing month was tricky, figuring out the manufacturing year of your GE stove can be trickier because the letters that represent it may mean different years. In fact, 15 of the 19 letters GE uses to represent the year can mean multiple years.

It's seldom that they use two letters to represent a particular year. But don't worry, as these two-lettered combinations only pertain to years from 1961 to 1968. In a similar vein, letters that only correspond to one or two years are most likely products that have been manufactured from the 1940s until the early 1970s.

Right now, the lettering system is a bit easier to follow as the rotation of letters starts again every 12 years. For instance, if the first two letters of your serial number are DF, it can mean that your GE stove was potentially manufactured in February 2014 or February 2002.

If you bought a GE stove fairly recently, here are the letters that you should look out for as the second portion of your serial number and the years they correspond to:

The model number of your GE stove can be found in several areas, depending on what type you have. The location of the model number also depends on whether your GE stove is a lift-up type and if it is an electric or gas type. These locations can be behind the door on the front frame, inside the frame under the front panel, or behind the rear control panel. You can also look on the top portion of your stove, as the model number location may be on the left front surface of the electric coils or under the cook-top. Don't forget to check the drawer or kick panel and the front frame drawer.

Before you go, here are our other recommended articles that can help you:

How To Fill A Gap Between Stove And Cabinet?

GE Ice Maker Not Working: What To Do?