In the 1990s, it seemed like almost every single television show would feature scenes of characters sitting on the couch and watching TV. With most families, the idea of having a couch that doesn't face the television is balk-worthy; it's almost traditional. Yet, for those looking to buck tradition, you'd wonder if having a couch facing your TV is truly mandatory. We've scoured furniture layout ideas to get the best answer for you.

Though a couch facing the TV is a classic home decorating option, it isn't the only way to place your living room sofa. You can also place couches perpendicular to the television or shift the couch so that it rests on a slight angle. Most people, however, still prefer having a couch directly facing their TV as long as it doesn't impede the accessibility of the rest of the room. 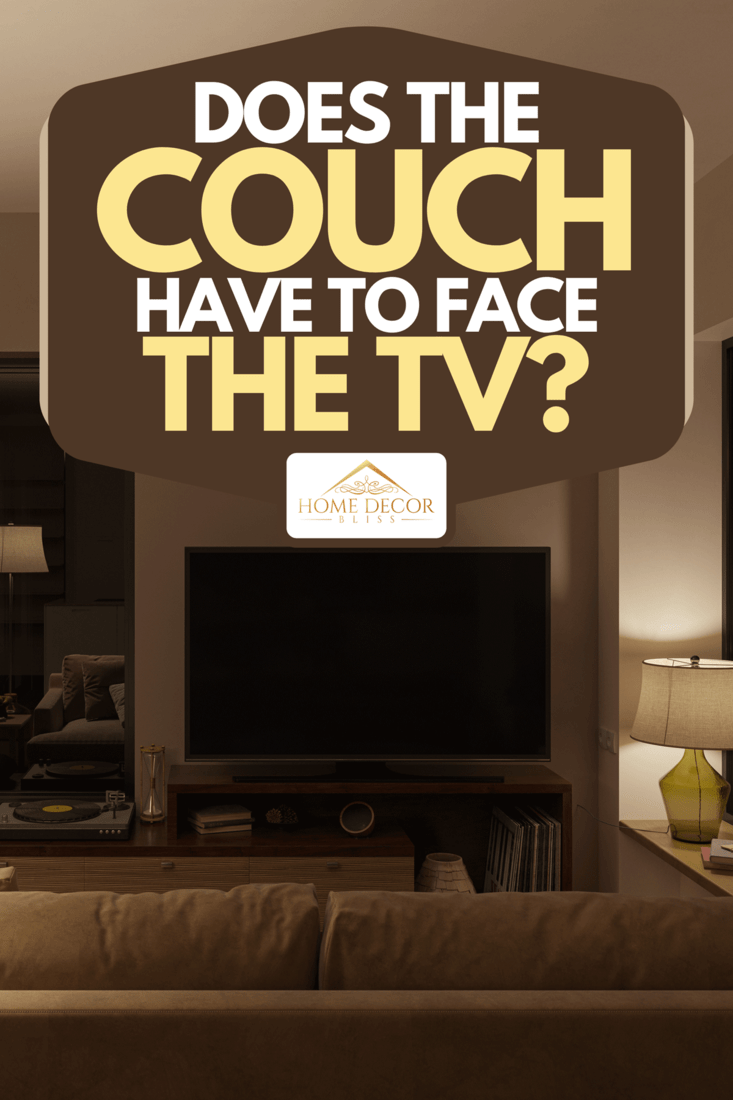 Should Your Couch Face The TV? 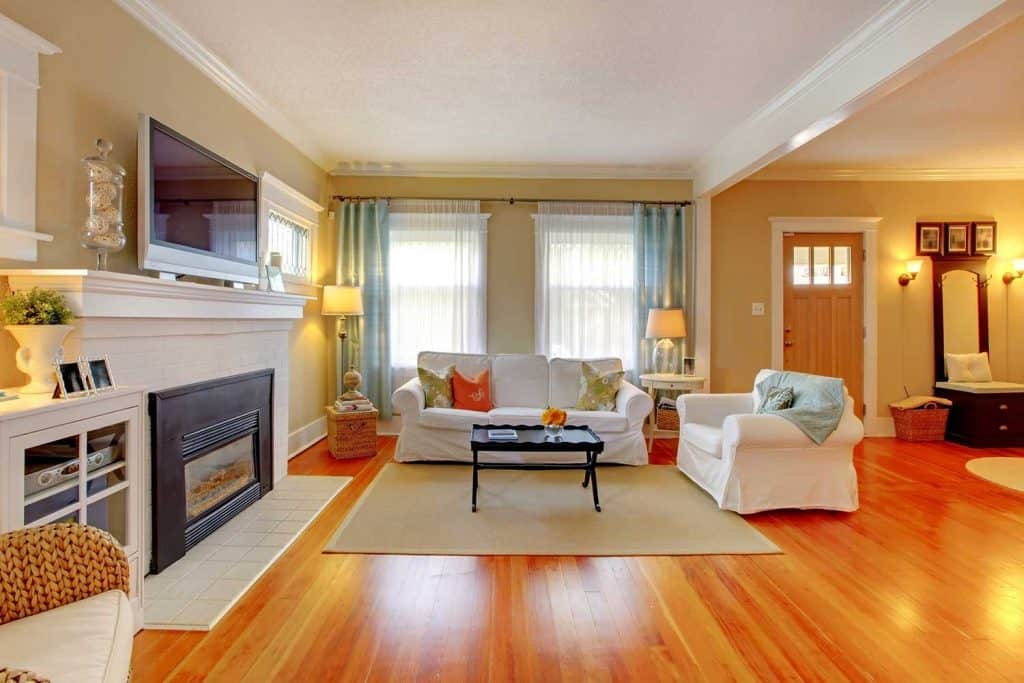 This is the better way to look at things, simply because most people enjoy having a couch they can watch television from with ease. However, this isn't always a wise decision. If doing this would make it hard to access your living room, throw the balance of your room off, or make it difficult to actually sit down, you might want to rethink your layout.

When choosing your couch layout, it's important to remember that accessibility is just as important as getting a clear view of your television. If you cannot make your living room balanced with a sofa directly facing the TV, consider positioning a sofa at an angle or providing seating perpendicular to the TV.

Not sure if you should go for the classic look, or give a more unusual twist on sofa positioning a try? Let's take a look at this topic a little more.

How Much Space Between Couch And Television?

Prior to arranging your furniture, make an effort to research the minimum dimensions that you would need to keep things comfortable. If your couch can't face the TV while maintaining those minimums, choose another layout.

How Do I Arrange Two Living Room Sofas? 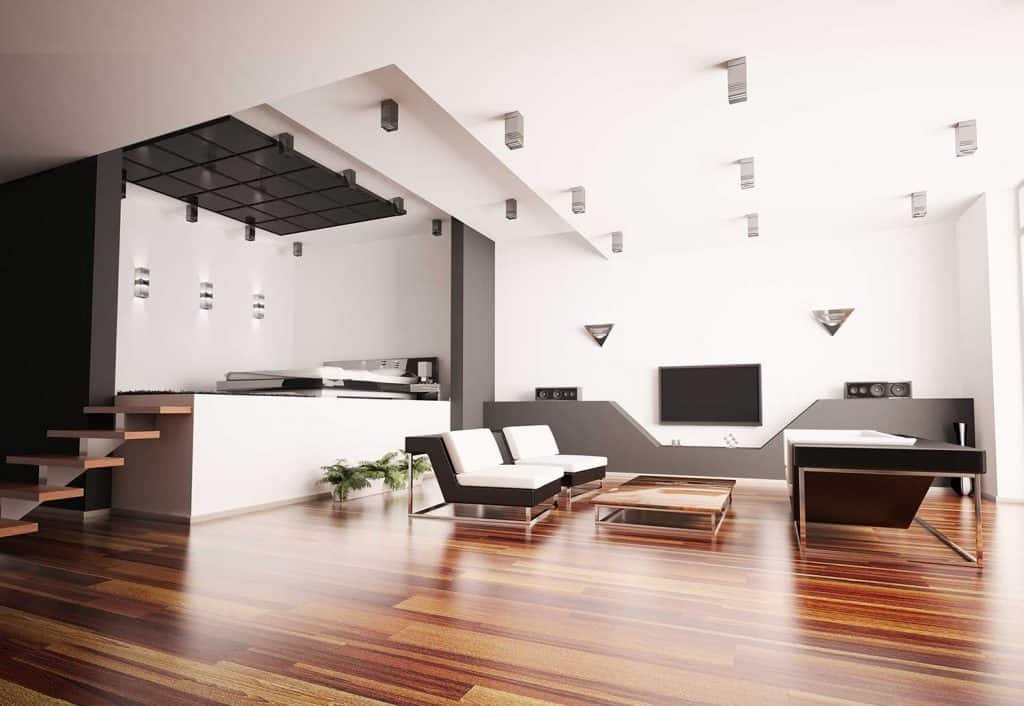 Both options make it easier to get the symmetry you need, improve the ease of speaking to people, and also can act as twin focal points in your living room. Either choice will work well in most homes, so picking either layouts is a safe bet.

Where Should You Put Your Television?

Oh, this is a million-dollar question! Most televisions can be placed on a media table, over a fireplace mantle, or against the largest wall of your living room. While those are the most common places for a TV to be placed, there are other ways you can arrange things that add a little bit of extra style to your home. Let's talk about this, shall we?

What Should Be The Focal Point In A Living Room? 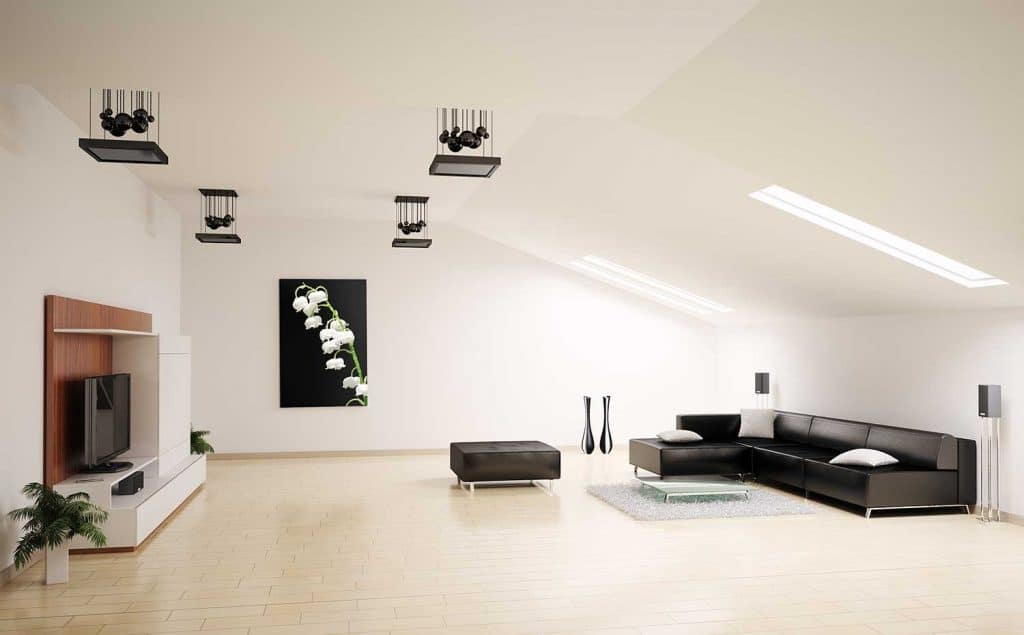 Believe it or not, the focal point in a living room can change drastically from home to home. Televisions aren't usually the focal point, either. In fact, they often aren't the real eye-grabber in a well-designed living room. Focal points tend to be eye-catching pieces of decoration or furniture that people first tend to look at.

Many designers suggest having sofas face a focal point---at least partially, anyway. Some of the better focal points you can use to assist your layout include:

With that said, televisions can be a focal point as well. So it's up to you to decide whether or not it makes sense to have your TV be a major focal point. If you use a Google Chromecast to keep your TV on and visually pleasing, then it could be a great focal point.

Should Your TV Be Over Your Mantle? 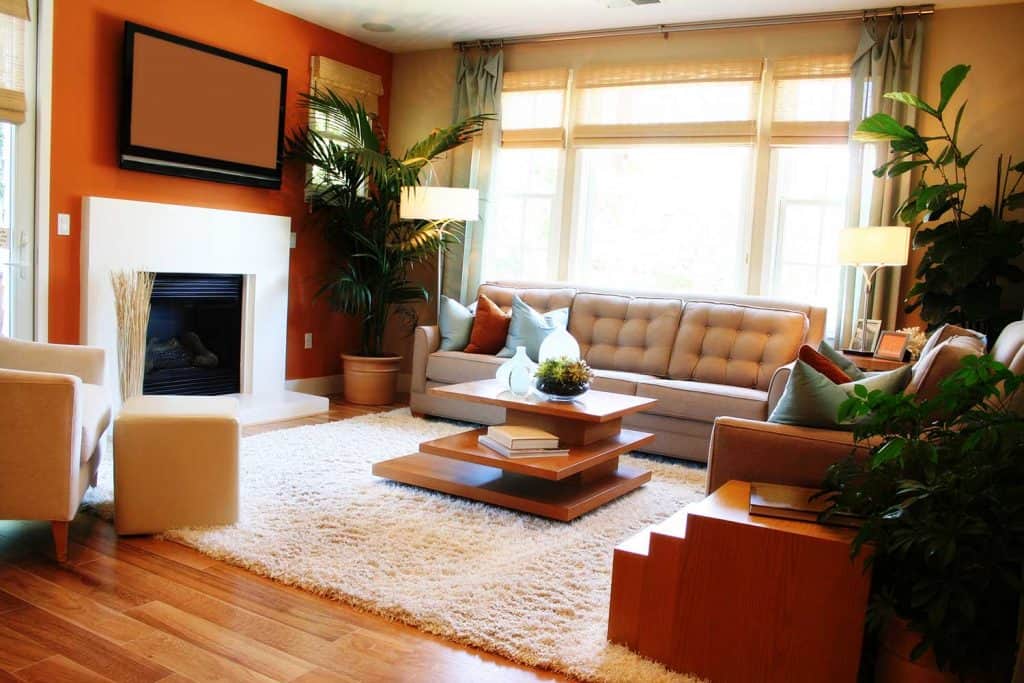 While there are a lot of people who love the idea of keeping a TV over a fireplace mantle, this isn't always the best move. Fireplaces generate heat that can harm the television, and many people find that having a TV not at eye level can be tiresome for the eyes. If you want to place your TV over your mantle, make sure you have a way to redirect the heat away from the TV.

Overall, placing a TV over a mantle is a risky but highly likeable move as long as you do it carefully. If you are the type of person to let wiring hang low over the fireplace, this is not a smart decision. If you need help coming up with  some interesting places to put a TV, check out our article featuring living rooms with a fireplace and TV.

Should You Put A TV In Front Of A Window? 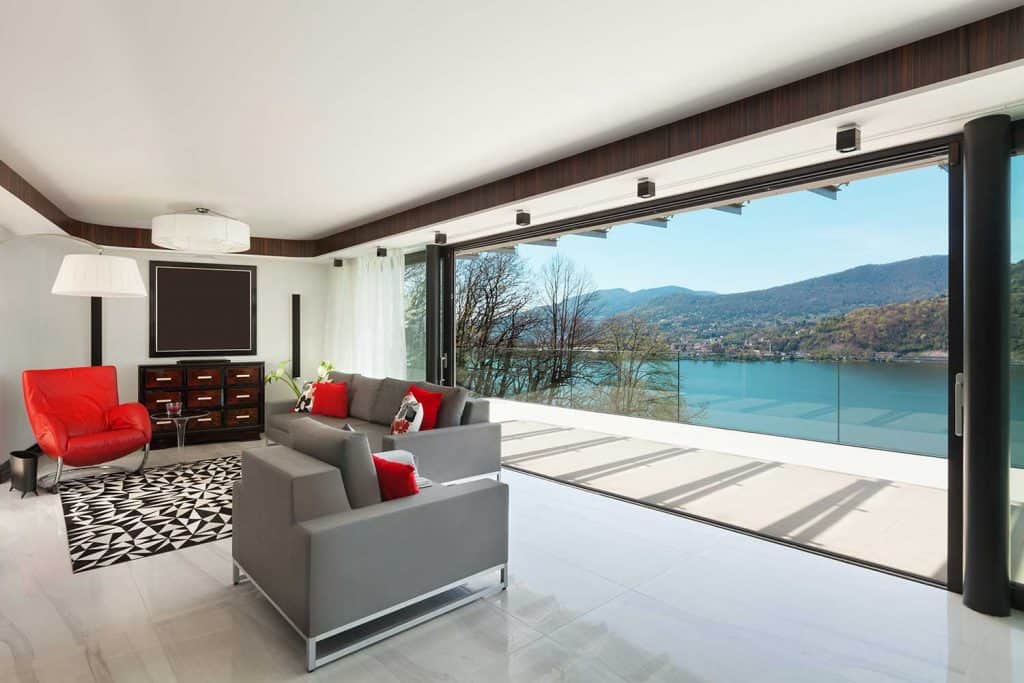 If there is any place you should not put a television, it's near a window. The reasons why are manifold. The biggest issue is that having a TV near a window tends to mean you will have lots of glare. This can make watching TV difficult, and can even potentially cause light-related fading to happen to your television. West-facing windows, in particular, are bad for glare.

Of course, there is one other major reason why you shouldn't put a TV in front of a window: safety. In most situations, a window won't pose much of a threat. However, if a major storm (or errant baseball) breaks the window, your television will be destroyed. Moreover, putting a TV in front of a window can make it difficult to open said window, making it difficult to add fresh air into your home.

Trying to figure out where to place your sofa and television will be difficult, even if you are a paid interior designer. While it's always a safe choice to have your sofas directly facing your television, it's not the only way you can arrange your seating. If you take a look at interior design inspiration articles, you'll see that there are so many different ways you can arrange your living room.

Though there are no real rules that you need to follow, there are certain places you probably shouldn't place a TV. For example, putting them in a potentially hazardous place like over a fireplace or near a window isn't ideal. Even so, it's still up to you to decide what to do. As long as you keep an eye on safety and easy access, your living room should look (and feel) absolutely stunning.