With the number of different kinds of homes, floorplan layouts, and different kinds of windows, there's no perfect answer for this. That being said, there are some general ground rules that should be followed when you're placing your furniture, specifically when it comes to putting your couch in front of your window.

Yes! Just be careful. If you have children or a dog, putting a couch right in front of the window will definitely make the window dirtier, as it makes it easier for them to reach. It also increases the chances of the window breaking, or curtains getting pulled down. 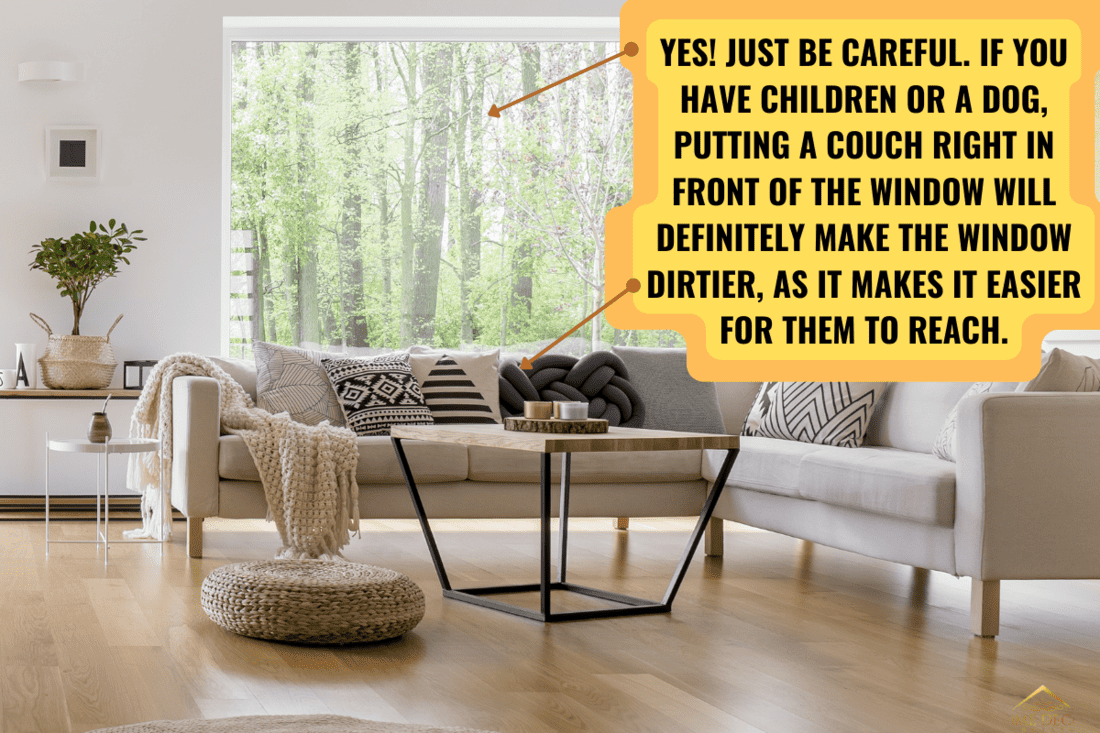 So how exactly do you decide if putting a couch in front of your window is a good choice for you? With so many different situations, it can be hard to know. Let's go over a couple of specific scenarios and rules that are good to follow, and hopefully, answer some of your questions!

When it comes to placing a couch in front of your windows, the specifics will often depend on the size of the room. So let's go over the averages of some different sized rooms and how the placements would be best suited for each type.

Placing the Couch in a Small Room 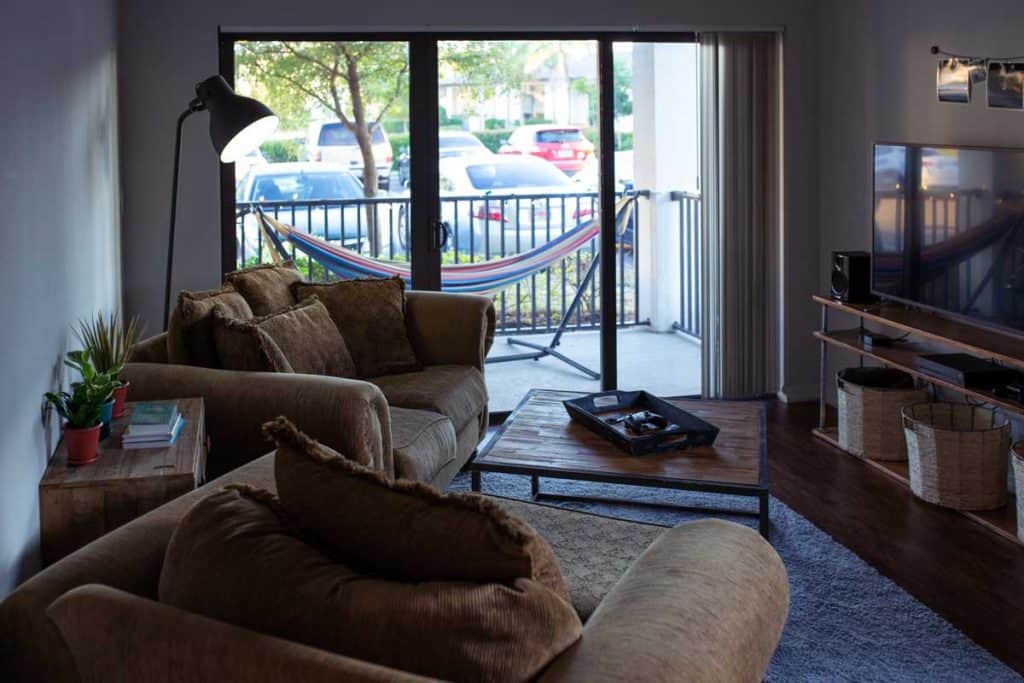 Setting your couch in front of the window will have some undeniable perks. Reading books, working on handheld craft projects, and other situations where you need a light source? Having a couch right in front of your window will give you an ideal light source right behind you, perfectly illuminating whatever you have in your hands, as well as the room in front of you.

If the room is small, there's a good chance that the couch will be pushed right up against a wall that the window shares, meaning there won't be any space between the couch and the wall behind. This brings up a few complications.

You're going to be very limited in your use of curtains. Most curtains come in measurements that cover all the way from the top of the window, to the floor. If your couch is pushed all the way against the wall, you're going to have a hard time having curtains installed without having them constantly pinned behind the couch.

This will be especially true if you have pets or small children. Not only will it increase the chances of getting any drapes pulled down, but it's definitely guaranteed to constantly make the window dirtier.

On a more dangerous level, if the couch puts the window at a height where toddlers and small children can lean against the window, there is a chance that the window could break and a child could fall out the window. Chances of this are much higher if the window is open and a toddler leans against the screen.

Placing the Couch in a Medium Room 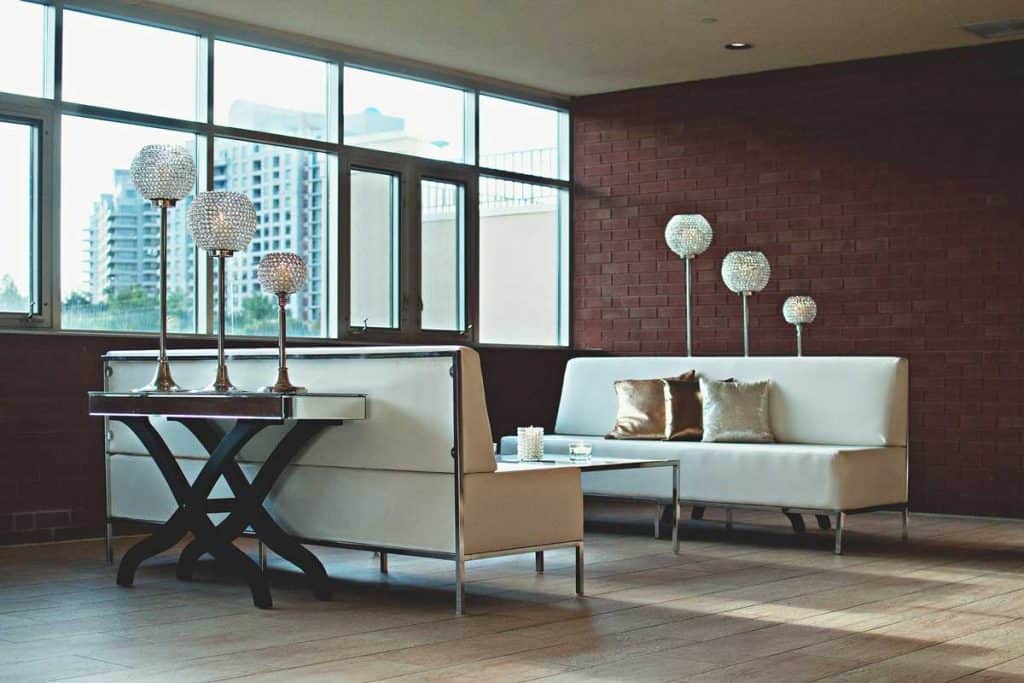 Medium rooms give you a little more room to work around. You may not have to put a couch in front of a window at this point, but if you do, it will definitely be easier.

With a bigger room, there's a chance that you won't have to put the couch right up against the wall! If you can leave around a foot between the back of the couch and the wall, there will be room for you to install curtains! Additionally, the extra space behind the couch is a perfect place to store spare throw pillows.

Even better, when it comes to safety, the couch, at this point, will be too far away from the window for a small child to lean against it, making it significantly safer.

Placing the Couch in a Large Room 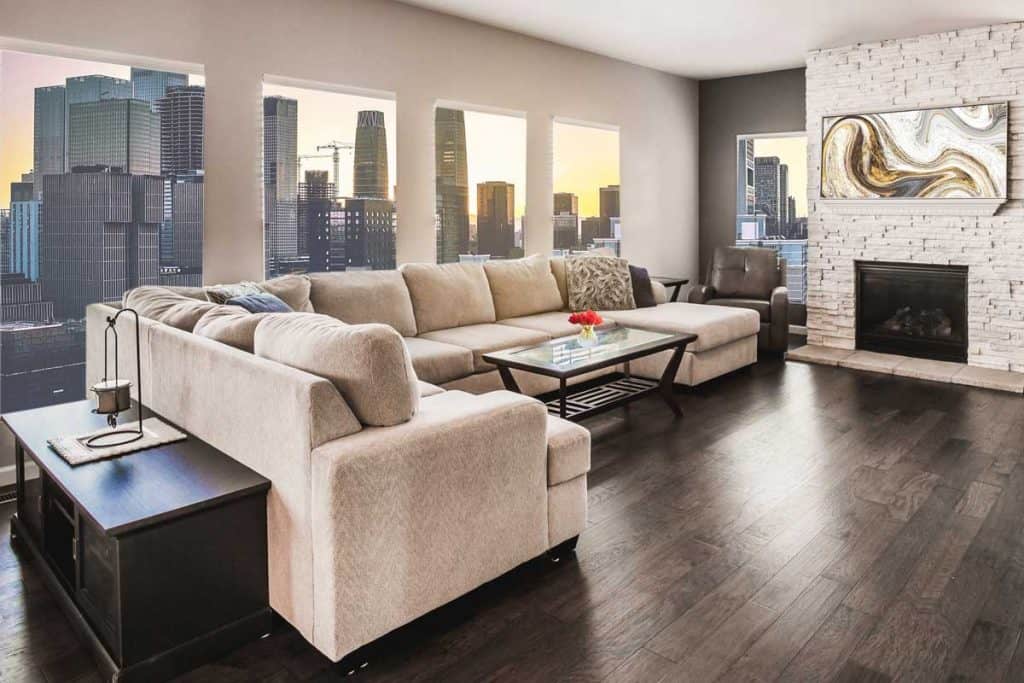 Easily the most convenient (albeit not always the most affordable) when it comes to design, we have, finally, the large room option. With a large room, you'll generally never be forced to place a couch in front of a window, even though the layout of the room may occasionally warrant the desire to do it.

You can also use your furniture to separate sections of your room, which will give you many more options than you would have if you were you to use walls.

Is It OK To Block Windows With Furniture? 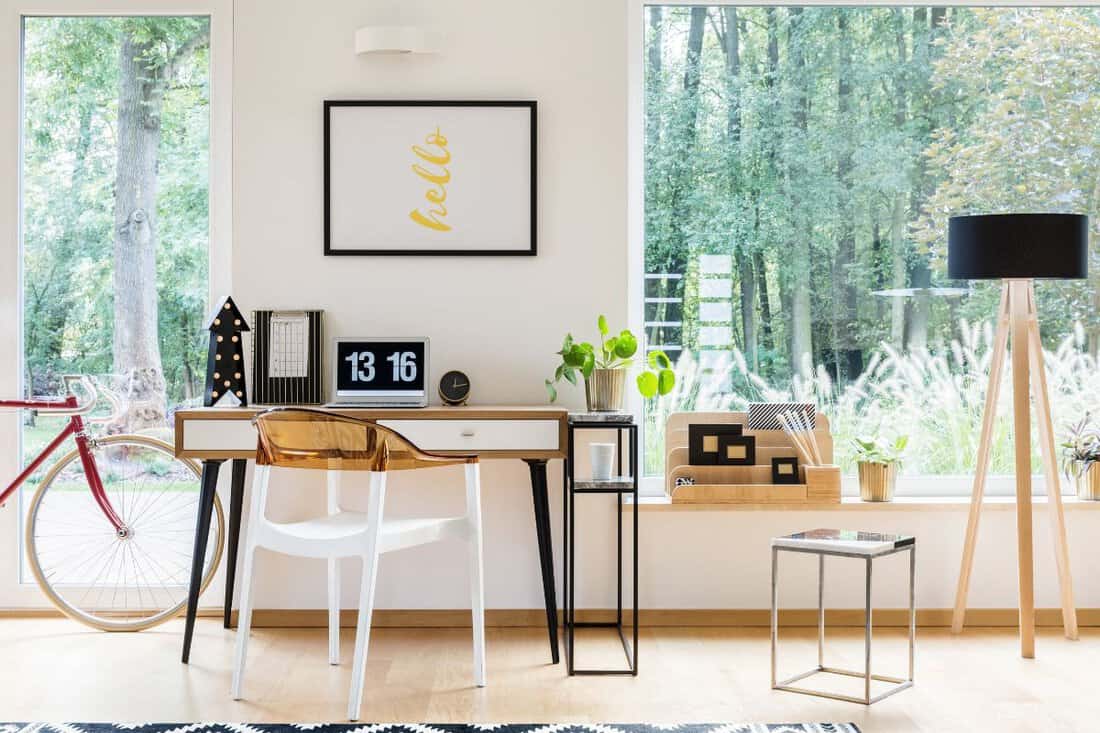 The answer to this question depends completely on the type of furniture in question. For example, you can't really block a window with a couch, but you can but a couch in the space in front of a window. You can, however, block the window with something like a TV stand, or a computer cabinet.

But just because you can, doesn't mean you should. Windows are a great source of natural light. Natural light not only comes with a number of proven health benefits but utilizing what you've been given will also lower your electricity bill, assuming that you will still need to see during the day with your window blocked. You'll need light in your room, and if you don't use what you've been given for free, you're going to end up paying for the replacement.

How Far Should a TV Be From A Couch? 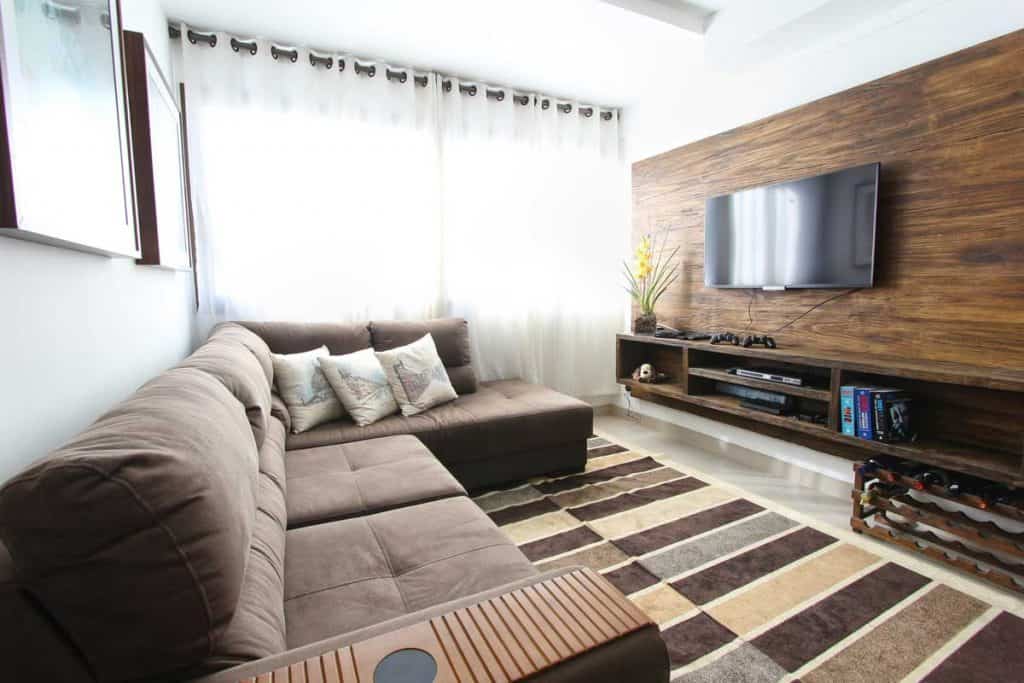 There's no set equation to determine how far you should keep your couch from your tv, but you should consider these three factors - 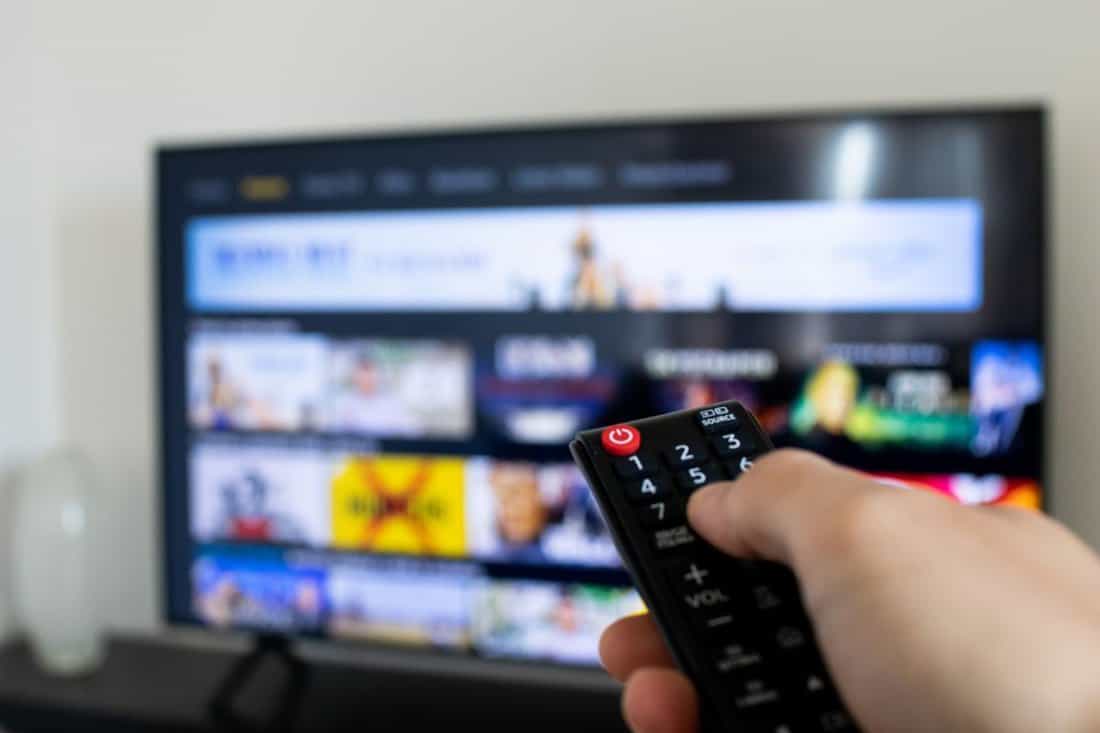 The bigger the TV is, the further away you're going to want your couch. Not only will this help you see the whole picture better, but it will help prevent eye strain, which can cause headaches. 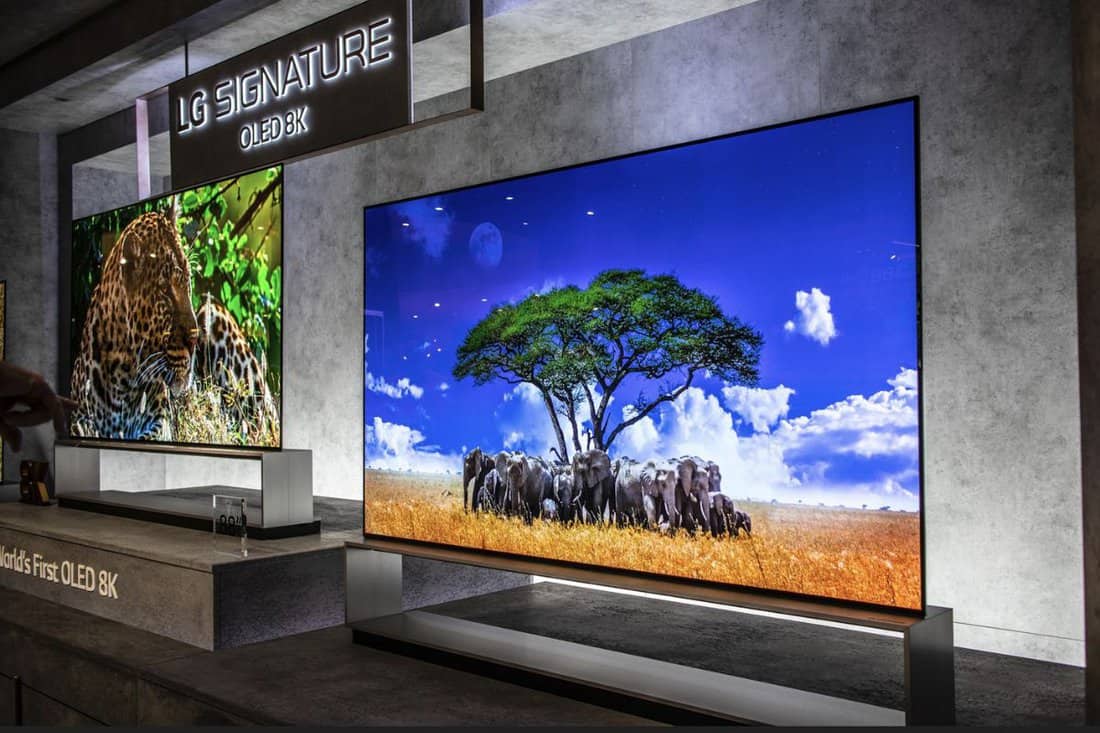 The higher the resolution, the closer to the tv you're going to be able to have your couch. Because the individual details are made so much clearer, you're not going to have to strain to see them 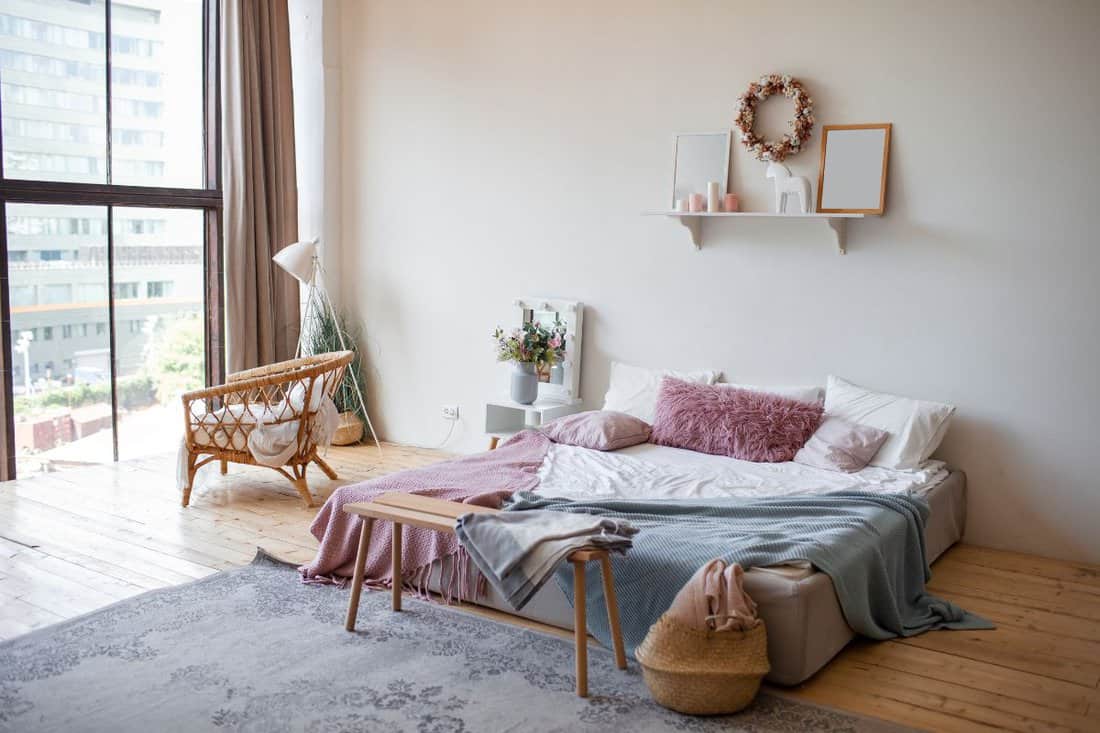 When it all comes down to it, you're going to be limited by the size of the room you're dealing with. Take into account the size of the tv to move it further, and then consider the TV resolution to move it closer. It's going to take some trial and error, but it won't take more than 5 minutes before you're set and ready to go!

How about arranging other items in your living room? Check out these posts -

Can a coffee table actually be higher than the couch?

How Do I Fill Space in My Living Room? (9 Actionable Steps) 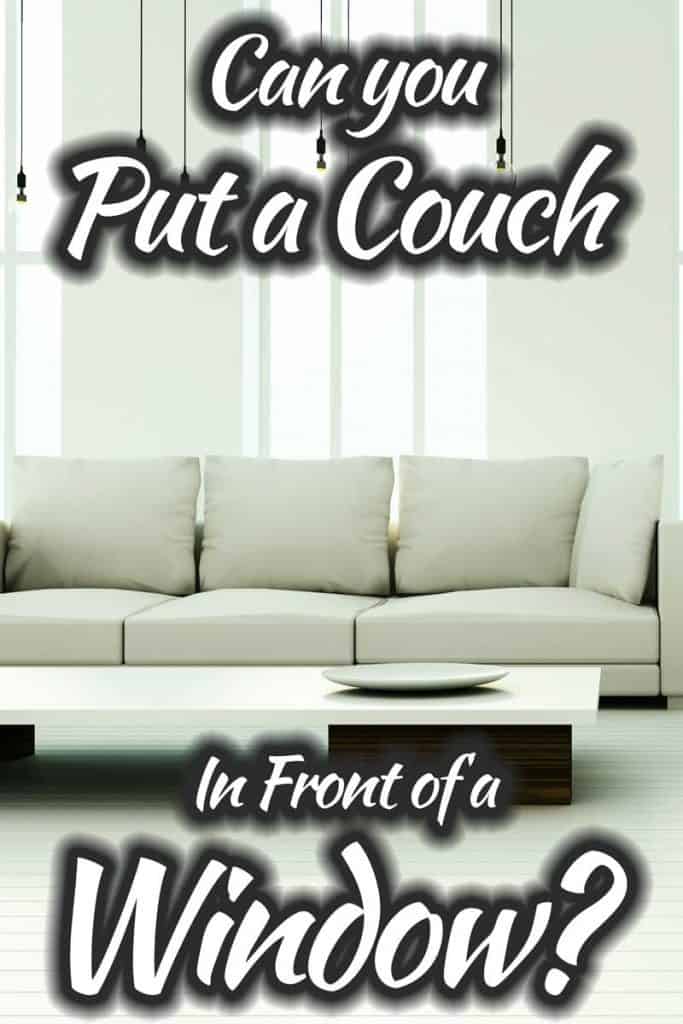