When it comes to your bathroom, there is a myriad of design choices you have to make. Among them is whether to have a shower curtain or doors. Choosing between shower curtains and shower glass doors can make a significant difference to the design of your bathroom. Thankfully, there are some criteria to help you decide.

Shower curtains are best if you:

Shower glass doors are a good choice if you:

Removing and installing shower doors can be cumbersome and time-consuming, so make sure you weigh your options carefully. To help you decide, we researched and boiled it down to three main aspects: design, ambiance, and budget. Let’s unpack these aspects of shower curtains and shower glass doors. 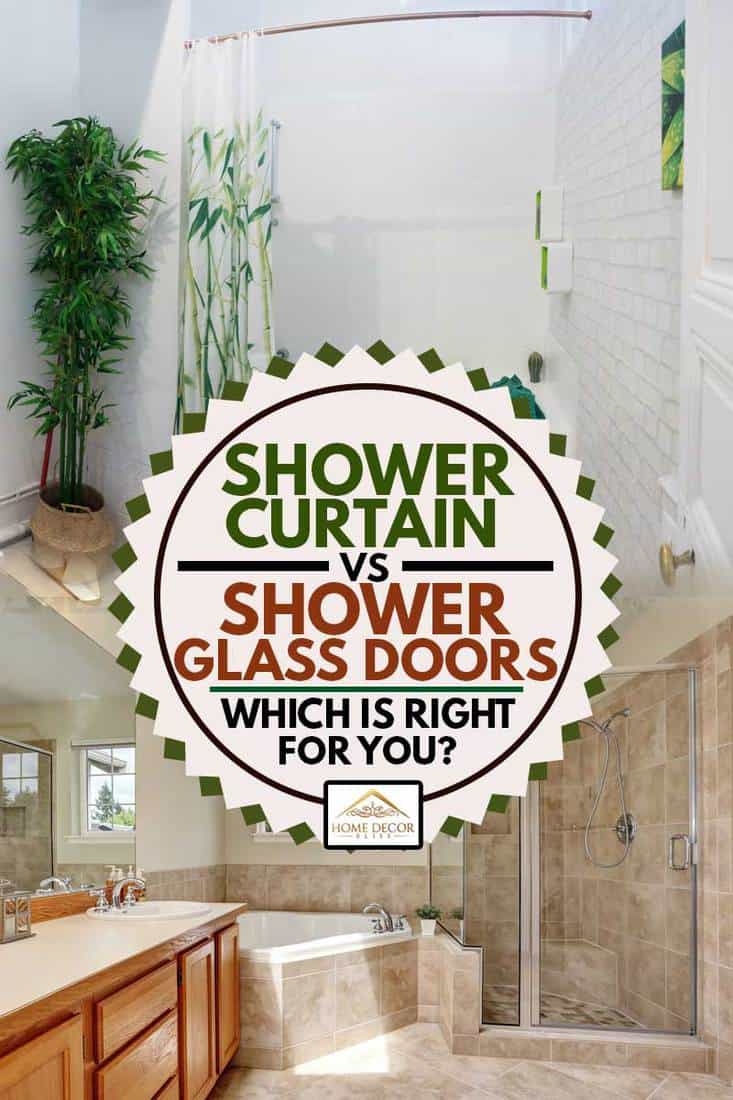 Color and stylistic design are what sets shower curtains apart.

Shower curtains vary widely in the ambiance they provide, and the stylistic design affects it significantly. Some other characteristics that influence the aura of shower curtains include color and style.

Take this simple shower curtain, for example. Although it is primarily white, the colorful edging makes it pop and helps give the entire room a light bohemian quality. Likewise, it helps tie the whole room together.

In contrast, this iridescent shower curtain attracts a lot of attention in a very bold way. Not only is it a unique choice, but it also casts an array of colors across the room, giving it a contemporary and feminine feel.

With shower curtains, the sky is the limit as far as ambiance and style are concerned.

Shower curtains are exceptionally affordable and come in a wide range of quality and designs. You are sure to find one that works for your budget and style!

A significant perk of shower curtains is their affordability and ease of installment. Having shower curtains make it easy to refresh your bathroom’s entire style by merely switching them out.

Check out this list of 11 industrial shower curtains for some inspiration.

Glass doors have a streamlined design. The two main divisions are framed and frameless. From there, the type of glass or texture is the main thing to consider. Some standard textures and colors include clear, frosted, and tinted.

The design of glass doors may also vary depending on your bathroom and the dimensions of your shower. Not all showers are compatible with glass doors. If the shower has a curve or is an odd size, it may be challenging to find shower doors to install.

The ambiance sets glass doors apart from other options and even other glass doors. While glass doors, in general, have a very sleek and classy atmosphere, different styles bring different impressions. For example, frameless glass doors give a modern feel, while framed doors are more traditional.

Glass shower doors are generally not as budget-friendly as shower curtains. Because of that, it is essential to consider if you will enjoy the doors in the long run. If you think you will often want to change the style of your bathroom up, shower curtains may be the way to go.

Check out these glass shower doors on Amazon.

Can You Put a Shower Curtain Over Shower Doors?

In short, yes, you can put a shower curtain over shower doors. However, there are a limited number of situations where you would want to do so.

For example, if you do not like the style of your shower, you could add to it with a shower curtain or hide it as this person has done.

While putting a shower curtain over shower doors can significantly change the ambiance of your bathroom, it can also be very cumbersome. Think carefully before deciding to put curtains over your shower door.

Can You Replace Shower Doors With a Curtain? 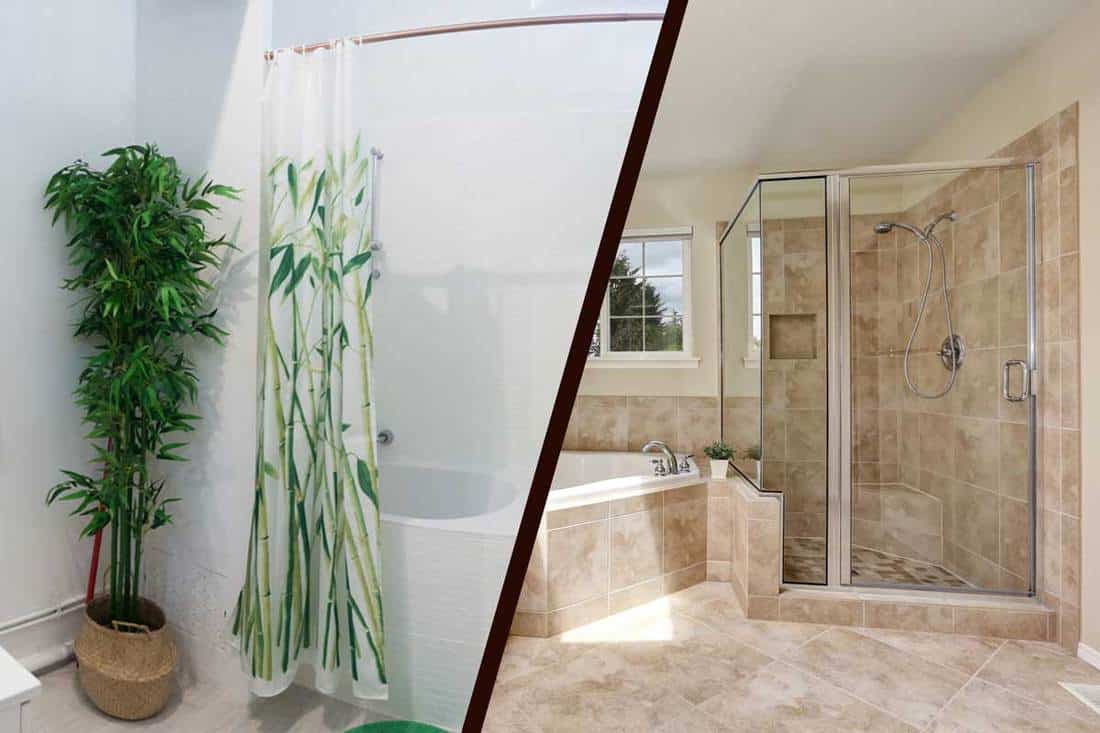 Be sure to weigh your options, why do you want to replace your shower doors? If it is merely to change up the style in your bathroom, you may consider what else you can do instead. Is there other furniture or decorations in the room you could move around or replace?

How Do You Remove Shower Doors and Replace Curtains?

Removing shower doors can be a time-consuming and challenging job. Most often, it will take a few hours of work and some specialized tools to take out the shower doors.

For a detailed guide on how to remove shower doors, check out this article.

After you remove your shower door, it is simple to buy and install a curtain rack and curtain.

Are you interested in learning more or exploring some other options? Check out these informational articles.

13 Shower Curtain Alternatives You Need To Know About

How To Use Your Phone In The Shower [Inc. Pocketed Shower Curtains Ideas]

What To Put On A Coffee Table [6 GREAT Suggestions]

How Much Does A Shower Stall Cost? [Inc. Installation Fees]

11 Great End Tables With Storage For Your Living Room

Does Furniture Have Serial Numbers?